For 150 years the Royal Danish Academy of Music in Copenhagen has manifested itself as one of the central institutions in Danish musical life. A succession of great names in Danish music, creators as well as performers, have worked at RDAM, and this 12-disc box set paints a unique portrait in sound of RDAM and important aspects of Danish music from the end of the 1800s until our own time. 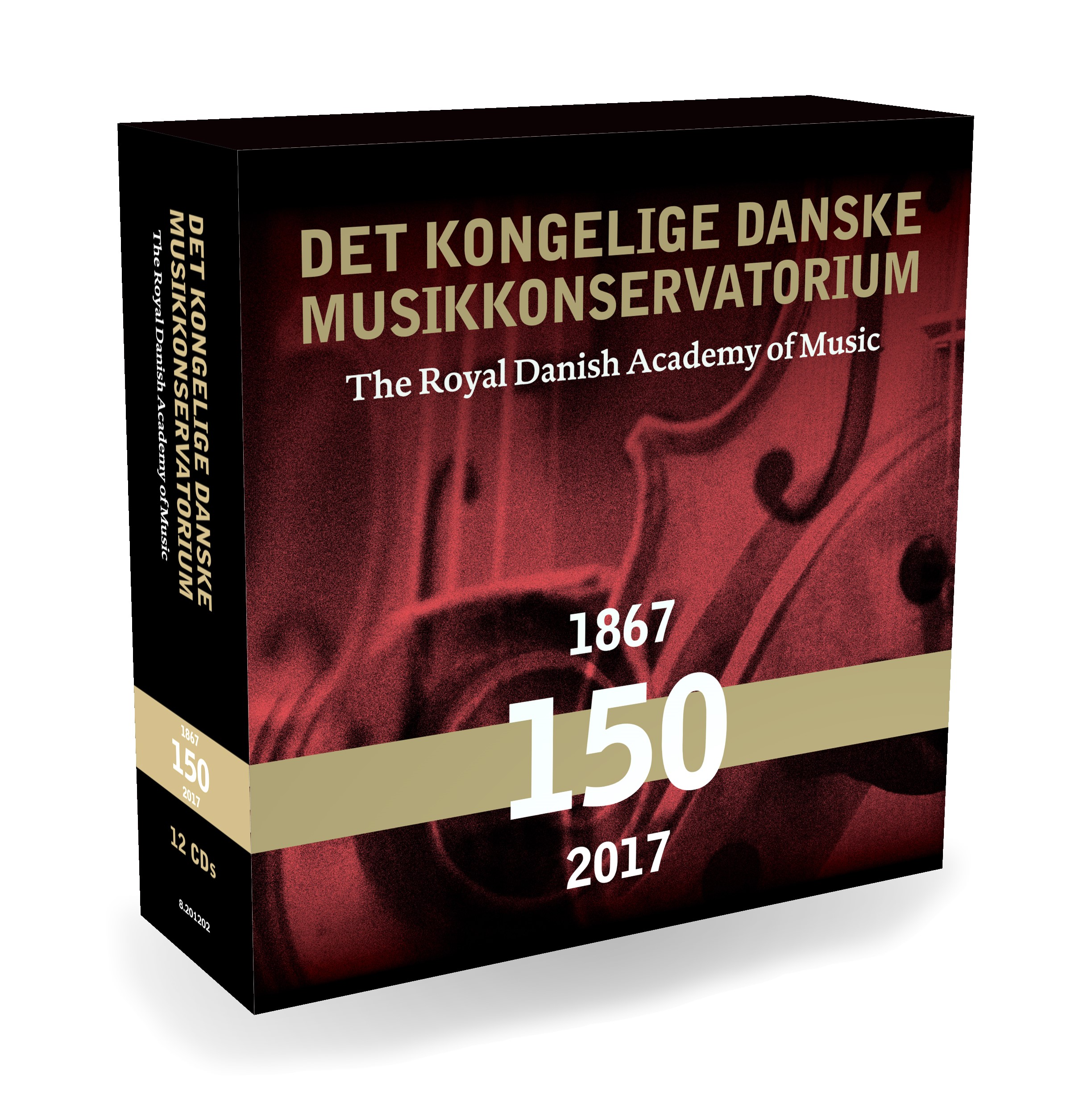 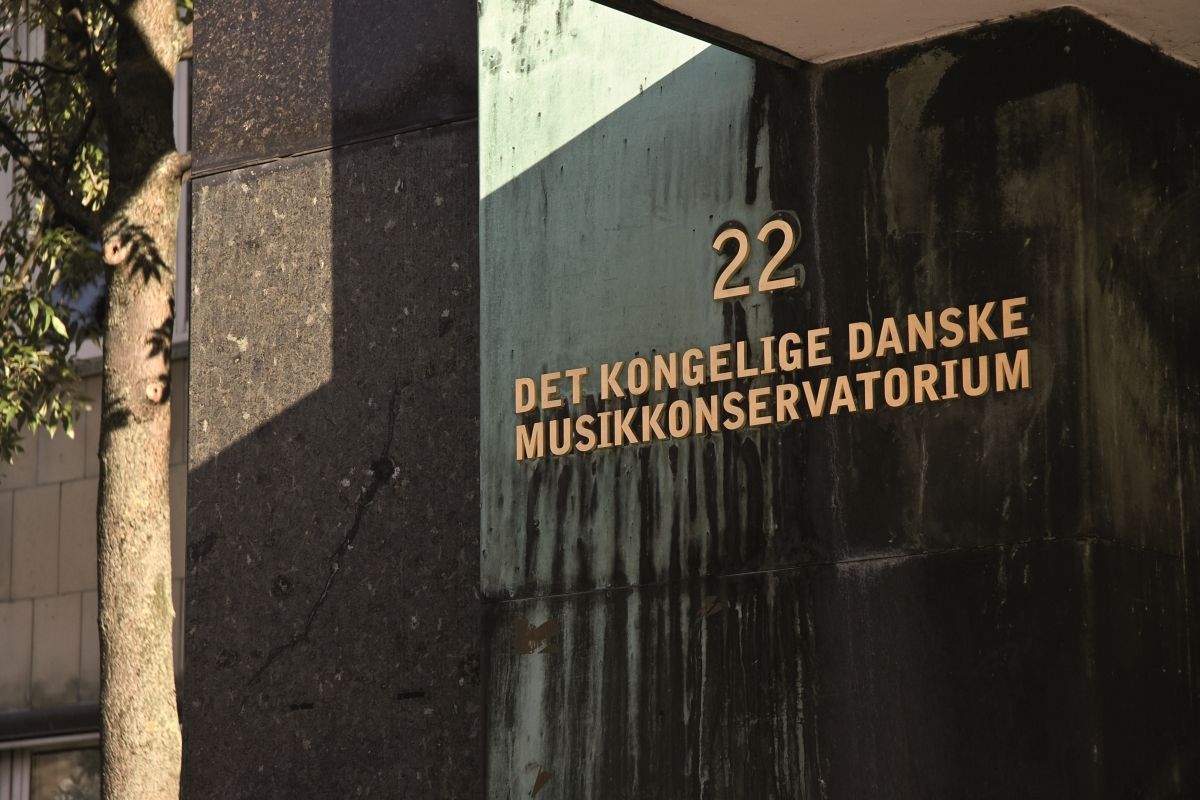 Rosenørns Allé 22, København. © Christopher Adam
It is a special pleasure that the Academy’s own symphony orchestra – without a single assistant from the ranks of the established professionals – fills a whole CD
Toke Lund Christiansen, Opera Lounge
SELECT PREFERRED FORMAT TO DOWNLOAD SINGLE TRACKS.
Total runtime:
870 min.

by Bertel Krarup, President of the Royal Danish Academy of Music

Since 2 January 1867, and thus for 150 years now, the Royal Danish Academy of Music has offered diploma courses in music. We are celebrating this in 2017 with special concerts, conferences, master classes, festivals and other good things.

The anniversary is also being marked by the publication of a portrait mosaic about the Academy in book form and by the release of the present CD box. This veritable archive of sound features recordings of a number of central performer profiles among the Academy’s teachers over more than three quarters of a century, as well as works by significant composers with close links to the Academy ever since its foundation.

It is in the nature of things that, apart from a single recording which dates all the way back to 1898, only the performers and the sounds documented on 78s, LPs and CDs are included here. That said, it has been our ambition that the selected recordings should be suitably complete and reaso­nably well distributed over the period up until today.

On the face of it, 12 CDs may sound like a lot. But when so many years of music from one of the central institutions in Danish musical life are to be docu­mented, it is not so much. There will inevitably be some people who will miss performers and composers who have not been included. In this light, the CD box should therefore primarily be viewed as a sketch for a portrait in music of the Aca­demy. Words are also part of it, however – in the form of this ample booklet with two major articles by the lecturer Toke Lund Christiansen and the former associate pro­fes­sor at Copenhagen Univer­sity, Jens Brincker.

Toke Lund Christiansen has written an essay in which, as in a kind of memory palace, he takes us by the hand and lets us meet many of the performers (and a few of the composers) repre­sen­ted at the Academy in the period 1905-2008 in the building at H. C. Andersens Boulevard 36 and the neighbouring building added in 1972 at Niels Brocks Gade 1. It is now nine years since the Academy moved to a new, unique setting in Vilhelm Lauritzen’s former Broadcasting House on Rosen­­ørns Allé. This is of course also reflected, since ­several of the recordings were made in the Academy’s legendary Concert Hall – for example the recordings of the Aca­demy’s own symphony orchestra from 2015 and 2016, but also recordings from the time when it was the Danish Broad­casting Corporation DR’s Concert Hall.

Jens Brincker furnished the extensive article on the composers. They are described individually and placed in the wider context of musical history, which also incorporates elements from the Academy’s history.

The selection of recordings, as far as the performers are concerned, has primarily been made by Toke Lund Christiansen and Professor Tim Frederiksen, while the composers and their works were chosen primarily by Professor Niels Rosing-Schow and the undersigned. Besides responsibility for the cleaning and remastering of the material, Claus Byrith has also had an impor­tant stake in the selection, since on the basis of his legendary knowledge of existing Danish recor­dings he has regularly suggested items, several of which have been included.

I owe a great debt of thanks to all the contributors, as well as my warmest thanks to Dacapo for outstanding cooperation on the release.

Finally, cordial thanks to the Augustinus Foundation for substantial economic support. I hope that the box will serve as an attractive and varied reflection of the beautiful and captivating music that has sounded and still sounds at the anniver­sary-celebrating institution.