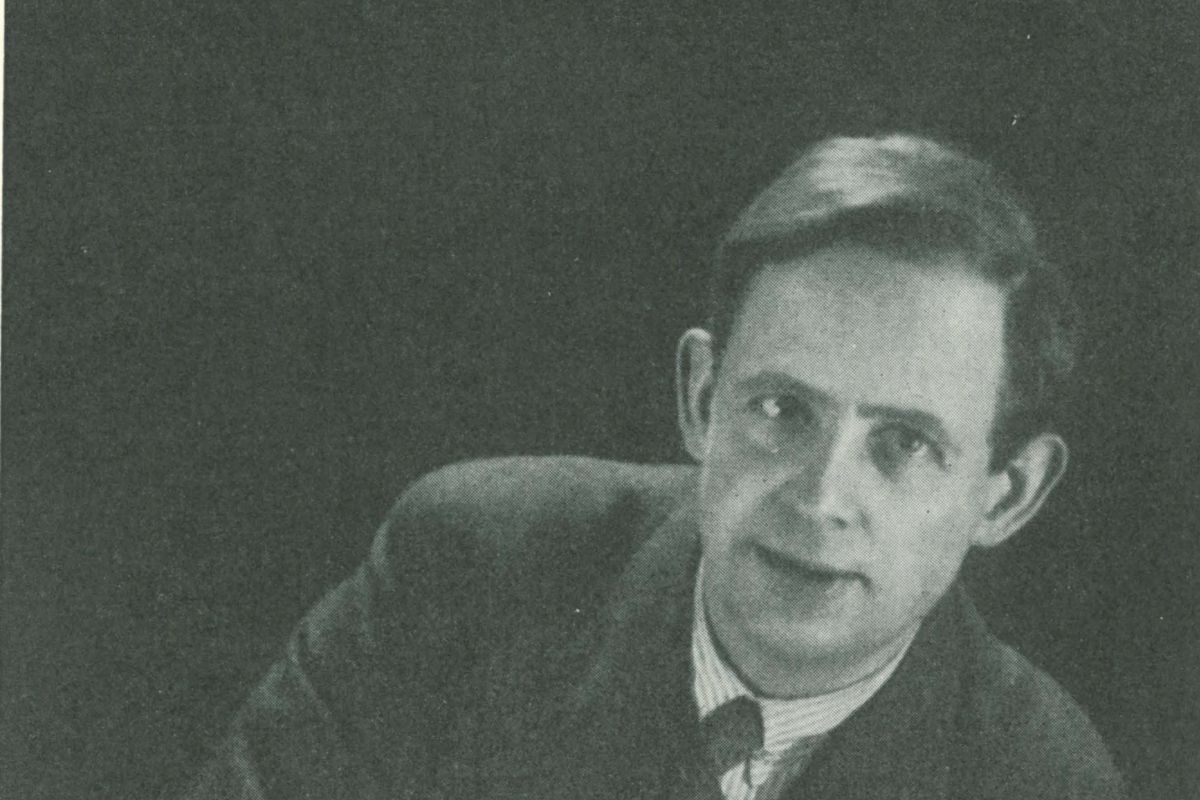 Finn Høffding was one of the great figures of Danish musical life in the twentieth century. He never became a student at the Royal Danish Academy of Music, but studied privately with Knud Jeppesen and Thomas Laub, and in 1921-22 with Joseph Marx in Vienna. In the 1920s he wrote a number of works in the classical genres, including two string quartets and three symphonies. His First Symphony from 1923 is for a large orchestra and was given its first performance in the Tivoli Gardens in 1925, while the second, Il canto liberato, is for large orchestra and a choir singing phonetic text.

The Third Symphony exhibits the incipient influence of the New Objectivity of the 1920s: it was written in 1928 for 40 musicians in four distinct movements on a classical model. With the use of the piano in a prominent role and a transparent soundscape with audible contrapuntal part-writing he distanced himself in it from the Romantic orchestral sound. The symphony was given its first performance in 1930 and was published in 1931. Of chamber music, Finn Høffding wrote Dialogues for oboe and clarinet, op. 10, and the interesting Chamber Music for soprano, oboe and piano, op. 11. In this period he also wrote two operas: The Emperor’s New Clothes (after Hans Christian Andersen, premiered in 1928) and Kilderejsen (The Journey to the Well) (after Holberg, composed in 1931, premiered in 1942).

A crucial experience was Finn Høffding's meeting with Paul Hindemith and the leader of the Jugendmusik movement Fritz Jöde in Baden-Baden in 1927. This sparked off a life of educational work in music, and in 1931, along with Jørgen Bentzon, Finn Høffding founded the Copenhagen Folk Music School. In 1929 he also became chairman of the Danish Association of Music Teachers and one of Copenhagen’s leading upper secondary school music teachers. For this work he published a series of choir and school songbooks and two textbooks: one on harmony and one on ear training with accompanying exercises. He also wrote cantatas such as Ein musikus wollt fröhlich sein, the Holte Upper Secondary School cantata, and Das Eisenbahngleichnis. His largest educational work was his school opera Pasteur to a text by Otto Gelsted, which was premiered in 1938.

After a single chamber symphony in 1934, at the end of the decade he returned to the major instrumental forms with the orchestral works Evolution (1939) and Det er ganske vist (“It Is Perfectly True”) (1940). He called both works symphonic fantasies, and they marked a change in focus towards organic melodic growth in one-movement structures. In this sense Evolution can be seen as a precursor of Vagn Holmboe’s thinking with his metamorphosis technique. In this period Finn Høffding also wrote a wind quintet, and from the mid-forties a number of choral works and songs with texts by poets like Nordahl Grieg and Otto Gelsted.

After the war, in 1949, Finn Høffding became a professor at the Royal Danish Academy of Music in Copenhagen, where he had taught since the end of 1920s, and in 1954-55 he was its principal. This gave him great influence on the next generations of Danish composers, not least Vagn Holmboe. In this period the intervals between works were somewhat longer, but he continued to compose – especially songs, cantatas and piano pieces for educational use. Nor did he abandon the large formats, for example composing the symphonic fantasy The Arsenal at Springfield (1953) and the Sinfonia concertante (1965).