Odense Symphony Orchestra, Ole Schmidt
Hans Christian Andersen's fairytale universe seems tailor-made for musical treatment. This CD presents a unique handful of Danish works, all with their origins in Andersen's art. While the Romantic works on the recording were composed during Andersen's lifetime in close collaboration with the writer himself, the Late Romantic and modern works were created with Andersen's immortal tales as their poetic source. Hear how the inspiration is manifested on this recording featuring the orchestra of Andersen's native town, conducted by .
Buy album 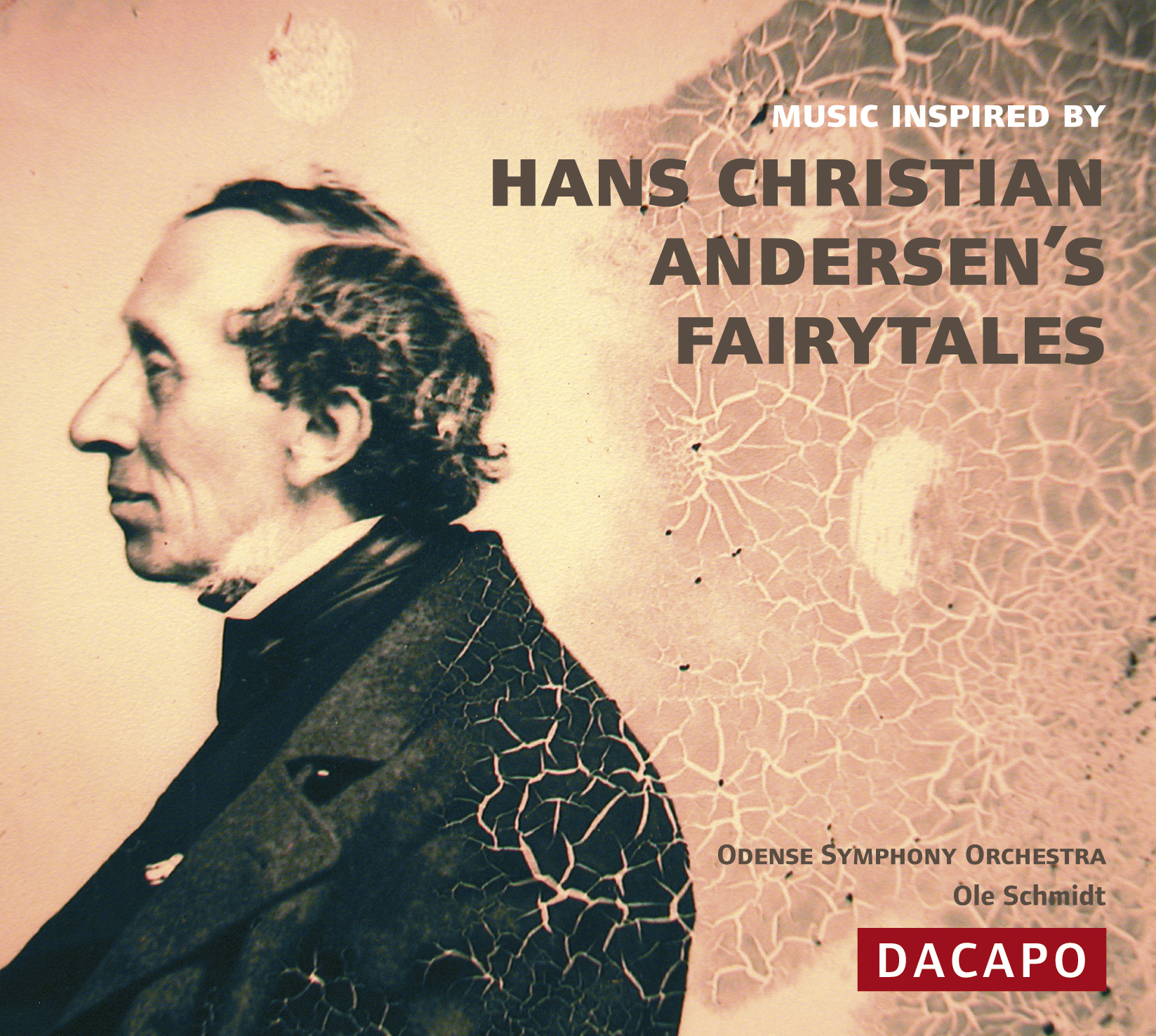 To some extent Louis Glass shared the fate of August Enna, but unlike him he never tried his hand at the opera genre. He was a pianist and cellist by training, worked as a piano teacher and was active as a composer of solo works for piano, songs and chamber music, but orchestral music was his true domain. In this field, with his point of departure in Bruckner's symphonies and Franck's harmonic style, and with the aid of an ever-growing mastery of the orchestral apparatus, he could create works of highly impressive monumentality, often with striking sonorities. The last of these qualities became particularly evident in his last decade - that is, after the completion of Glass's sixth and last symphony, Birth of the Scyldings, in 1924. In several of these late orchestral works he prefers short movements and uses the orchestra with exquisite harmonic refinement. This is the case with Episodes from Hans Christian Andersen's Tale The Elf-Hill\\, where Glass uses the celesta as a prominent instrument; it begins and ends the suite with some ‘empty' chords where the notes H (B), C, A and E appear as ‘melody notes' with discreet reference to the title of the piece. The suite was completed on 21st December 1931 and was given its first performance under the baton of Peder Gram at a concert organized in a collaboration of the concert society Dansk Koncert-Forening, the society of young composers Det Unge Tonekunstnerselskab and the Danish Broadcasting Corporation. The work is divided into five short movements: (1) A few large lizards were running nimbly about in the clefts of an old tree .... \\What a buzzing and a rumbling there is in the elfin hill,\\ said one of the lizards ... \\They are expecting guests\\ ... said the earthworm. (2) Among the guests that came to the feast were the merman and his daughters, as well as the brownies and all the old trolls of the best class with tails, as well as the grave-pig, the death-horse and the church dwarf. (3) The elf-girls had to dance .... \\Dear me, how they threw their legs about! .... and then they twirled around so that the death-horse got a headache and had to leave the table\\. (4) \\But where are the lads?\\ asked the old troll ... \\Why, running about the fields, blowing out the will-o'-the-wisps.\\ (5) But outside the lizards were running about ... and then the hill closed.

Whereas Glass uses Hans Christian Andersen's tale as the starting-point for a series of highly atmospheric, illustrative movements, not without drama, Finn Høffding takes Andersen at his word in his Symphonic Fantasia No. 2, \\There's No Doubt About It (a little feather can grow into five hens)\\, and expresses the bearing idea of the tale in purely musical terms by means of a small motivic seed that develops into an intense effect in the last part of the piece. Musically, the work continues the stylistic tendency with which he had worked earlier in his first symphonic fantasia, Evolution, from 1939, where a motivic seed also forms the basis for the development of the piece; but in ‘content' the work could not help but refer to the many rumour-mongers who had their heyday during the German Occupation. The piece had a famous precursor, Paul Dukas' The Sorcerer's Apprentice (1897), based on a poem by Goethe. But Høffding's symphonic fantasia is felt to be profoundly original with a strong humanist message in a sombre epoch of Danish history - the piece was premiered on 6th March 1944.

Previously released on LP by Unicorn-Kanchana in 1986
Array ( )