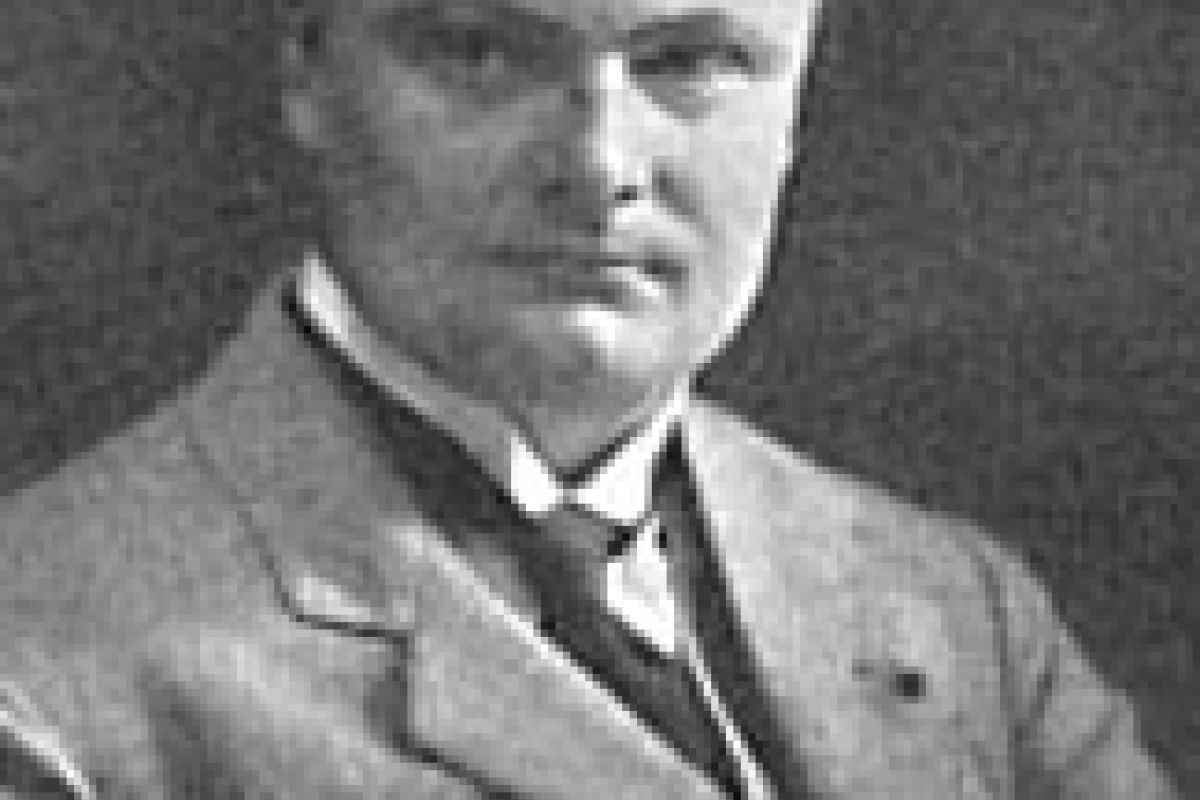 Poul Schierbeck (1888-1949) grew up in a doctor’s family in Copenhagen where music was a favourite pastime. After taking his school leaving exam he began studying law but soon abandoned this in favour of music studies with Carl Nielsen and Thomas Laub (composition), Paul Hellmuth (organ) and Henrik Knudsen (piano). He made his debut as a composer in 1915 and was engaged the next year as organist at Skovshoved Church, a post he held until his death. In 1919 he married the singer Sylvia Larsen, and the same year he was awarded the grant Det Ancker’ske Legat, which made possible a study trip to Italy via London and Paris. His journey home took in Switzerland and Germany.

At the centre of Schierbeck’s output stands the opera Fête galante with a libretto by Max Lobedanz. It was performed seven times successfully with Sylvia in the main role at the Royal Theatre in the 1931-32 season, but was then taken off the bill and only performed again in 1960. Otherwise Schierbeck aroused most attention as a composer of songs, art songs as well as songs in the more popular genres, and seventeen cantatas. His rare talent for instrumentation, a subject he taught at the Royal Academy of Music in Copenhagen from 1931 on, was recog-nized early. A fruitful collaboration with the film director Carl Theodor Dreyer led to music for several of the latter’s short films, and for the major film Vredens dag (Day of Wrath) (1943). Five years later, when Dreyer created the film Ordet (The Word) after Kaj Munk’s drama, the music was put together posthumously from compositions by Schierbeck. The last major work has managed to complete was Queen Dagmar for soloists, chorus and orchestra to a text by Mogens Lorentzen based on a famous episode from medieval Denmark.

If Poul Schierbeck came to look like a strangely solitary figure in Danish musical life, this may be because he was born, so to speak, midstream between two generations: a large generation of composers born in the 1860s - including Louis Glass, Carl Nielsen, Alfred Toft and Fini Henriques - and a group born in the 1890s - Knudåge Riisager, Jørgen Bentzon, Ebbe Hamerik and Finn Høffding; followed by the ‘stragglers’ Bernhard Christensen and Svend Erik Tarp from 1906 and 1908. However apart from Schierbeck, only a few of the composers we still remember today were born at the end of the 1880s: Launy Grøndahl, Emil Reesen and N.O. Raasted. For the older generation he was a talented young man from a good middle-class home, who might well kick over the traces slightly, especially in the direction of French music, but who otherwise carried on the tradition of Danish music beautifully, often in a freer, more dissonant tonal idiom. The younger generation, for their part, might well find in him inspiration for a more international orientation than the generation of the 1860s, but for them he quite lacked the revolutionary drive that was characteristic of several of the personalities of that generation. In this ‘interval’ Schierbeck developed a style that was all his own. Among his pupils Jörgen Jersild (b. 1913) and Leif Kayser (b. 1919) were undoubtedly those who followed closest in the footsteps of the master.