The prize-winning Lars Hegaard (b. 1950) has, over more than 40 years, been an important voice in Danish musical life. Centred on the composer’s own instrument, the guitar, we present six of his most important works for small groups. With their refined modernist expressivity, they offer a fascinating picture of the guitar’s possibilities as a solo instrument, as accompanist and as the first amongst equals in chamber music. 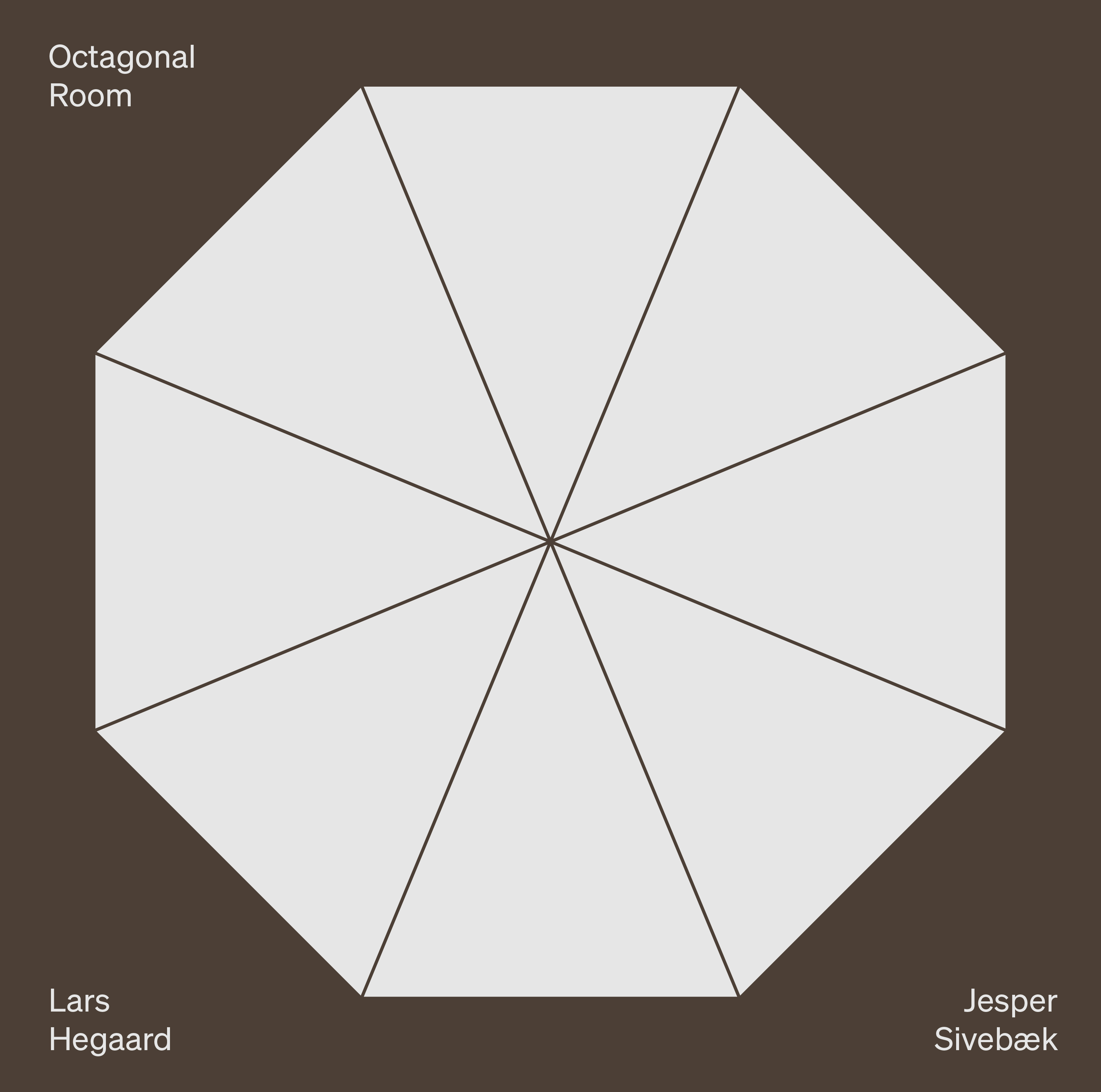 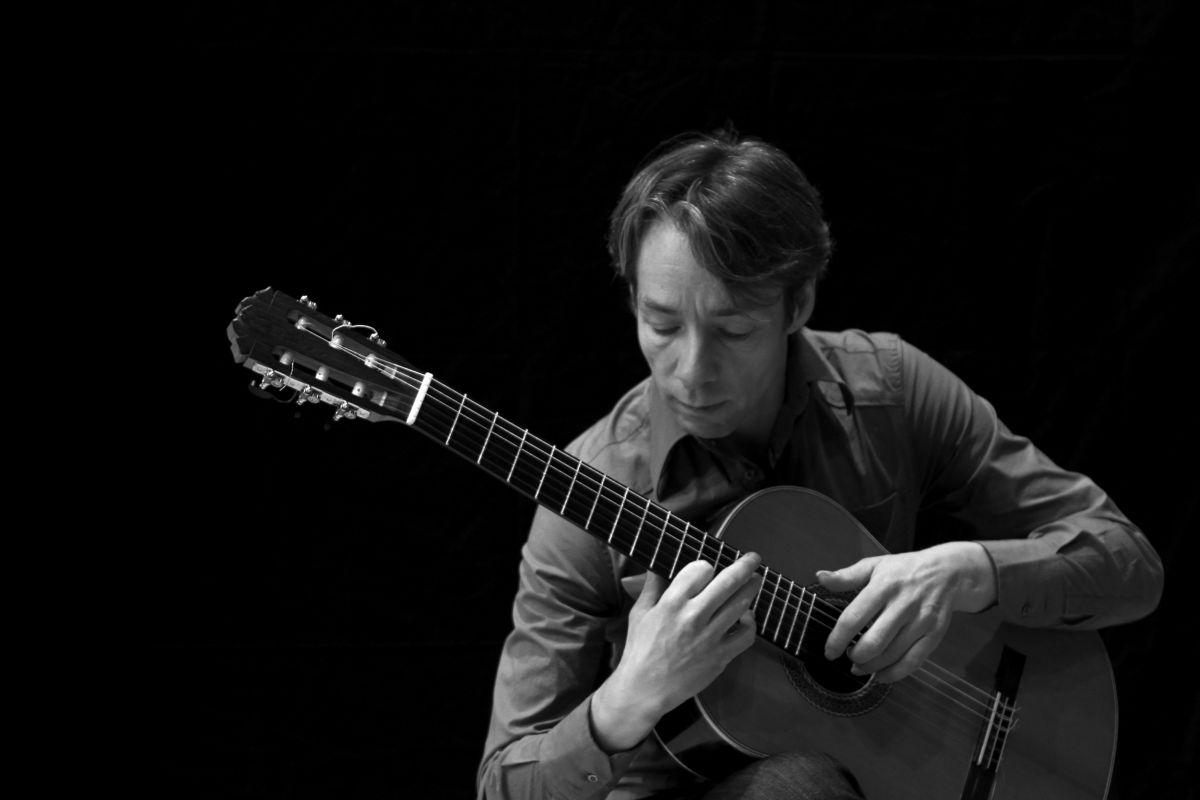 In his programme note to Rituals, Lars Hegaard says:

‘Rituals was inspired by a novel by the Dutch writer Cees Nootenboom, and shares its title with the novel. In three movements, the work depicts the three main characters of the book, all of whom have ritualized their lives in various ways: the first movement, Obsessions, describes someone who is tyrannized by a fanatical, ascetic personality whose time is ritualized down to the last tick of the clock. This person’s life ends tragically. He freezes to death in the Alps (in the score, one can see the instruction “like a sliding avalanche”).

The second movement, Digressions, depicts the ever-present main character in the book, a melancholy, unambitious ladies’ man who floats casually through life. “The randomness of time” could be his motto.

The third movement, Leaving it all behind, paints a picture of someone who longs to be released from his physical form to achieve final liberation. He therefore practices Zen and the related tea ceremony. His motto could be “the absence of time”. He ends by committing suicide after the last tea ceremony, in which the raku bowl is shattered.

As a listener one cannot of course find a direct translation into the music of the world of the novel. But the first time I read the book, I was so fascinated by it that I had the idea of writing a chamber opera. This piece for guitar and ensemble, which is not a guitar concerto in the traditional sense, is perhaps a kind of instrumental opera? In any case it is about time and our relations with it, just as music is.’

With this description as a starting point, we can say that Lars Hegaard’s music deals with the way in which associations and contrasts unfold in time and in relation to each other. His music does this in a kind of musical stream of consciousness, where the individual events and musical phenomena follow each other without either association or contrast.

In Rituals, this happens on the basis of three broadly different situations. In the first movement, Obsessions, the music continually returns to the same notes and figures each time it has attempted to slip away to another place. At the end, in a mighty fall, the music lays itself to rest on the central note, D, which has been the tonal centre right from the beginning.

In the second movement, Digressions, the setting off point is the complete opposite, that is, the music going astray, its movements away from a main track. Musically, the absence of unambiguous direction is evident in events which resurface repeatedly – especially concentrated on the central note B flat, which from the beginning of the movement can be heard on the tubular bells which, as before, cannot be maintained without looking elsewhere.

The third movement, Leaving it all behind, introduces through association, various bell-like expanses and complex textures which have a uniform character, but which constantly ebb and flow, nearly taking hold of the next place in the series of thoughts. At last, the music runs out of breath and closes, very still, with the ringing out of a powerful chord on the piano.

The musical technique in all three movements is fundamentally the same: something returns, even if it is contrasted with and set off by wholly different ideas. Through the music we come to experience a surprising resemblance between obsessive thoughts, absences and silence.

It is exciting, and says something about the essence of Hegaard’s musical universe, that the music can give us an understanding of shared traits in widely different types of people and existential situations. Maybe it is also this quality which gives the music a special atmosphere, in which something immediately easy to comprehend is juxtaposed by a steady undertone of absurdity.

In Trois Poèmes d’Arthur Rimbaud we hear this pairing on several levels. The vocal line’s tonal melody is centred on A, as well as on the guitar’s classical accompaniment. At the same time the steady progress of constantly slipping notes leads to other places, away from the vocal part’s initial tonality. The breaks have an even pulse. There are pauses and fermata, where the musical flow is held in and then opens for digressions in the accompaniment. The result is a special atmosphere in which each of the three life situations Rimbaud’s text deals with, childhood, age and departure, take colours and character from each other.

The individual musical events in Hegaard’s universe can have widely differing references. In Four Rhythmical Pieces, we hear clearly that the composer’s departure point lies in popular music. The strongest contrasts occur between the separate movements, each of which unfolds through association and variation. By contrast, in Configurations, the style exhibits a classical modernism with its growing rhythmical development together with chromatically spiced harmony and melody. A dictionary might define “configuration” by the way in which various factors are set together, or function together in a unified way. Within the music’s stylistically unified character, the title points towards the many small tiles which, as in a mosaic, work together to form the course of the music.

Lars Hegaard has explained in an interview, ‘I nearly always operate with several planes, setting them against each other like a sound-sculpture. They need not to change too much in themselves, so their identity is retained, but they move in relation to each other, as though we hear them through a turning prism’.

This compositional principle runs through Points of Disappearance. The title is a puzzle, for what is a vanishing point in music? It is a concept taken from geometry, that there is a point in a drawing whether all the lines which run through the picture converge and disappear. Since we were children, we have learned that with a vanishing point, we can make a picture on a two-dimensional piece of paper look three-dimensional.

Each of the piece’s movements set one or more movement genres up against each other, twists and turns them, without them necessarily coming into interaction or impacting on each other noticeably, until they are allowed to disappear. A vanishing point is the imagined place where these various events invisibly and without being heard, melt together and disappear into the distance. Is this a way in which music can make the two dimensional become three dimensional, using the space provided by time?

The classical musical association principle is variation: development by changing a theme or a harmonic pattern, where the art consists in discovering the unity in variety, or recognising change. Octagonal Room is a work in variation form of this kind, but with the refinement that the main theme only emerges clearly in the final, eighth, variation. Only at this point are we clear that during the piece we have faintly seen the contours of the calm, slow E major waltz which closes the work. The melody has been present in the seven movements or variations which precede the final statement, in the fifth movement in the guitar’s melodic line and in the seventh variation shared between the four strings using the delicate flageolet technique. And from the outset, the main theme is actually present (here in four four time) in the cello part, as a kind of cantus firmus (the mediaeval term for a theme incorporated into the texture of a piece, usually at a slower speed). The fourth movement acknowledges Brahms, the master of variations, with an ABA form in which a strong and rapid central section closes with a calm chorale whose repetition reflects the movement’s introduction.

Associations and contrasts – Lars Hegaard’s musical stream of consciousness,
by Steen Pade, translated from the Danish by Colin Roth