Poul Ruders is one of the biggest names in contemporary Scandinavian music. His orchestral works in particular have a brilliance and intensity that have made a great impression on audiences around the world. Concerto in Pieces was played at the Last Night of the Proms in 1995 and is one of the most successful orchestral works of our time. It is based on a theme by Purcell and is a witty, explosively colourful successor to Britten's Young Person's Guide to the Orchestra. In the sunny Violin Concerto no. 1 the present day meets both Vivaldi and Schubert, while the percussion concerto Monodrama is a strong example of the primal Nordic power that fuels all of Ruders' works. 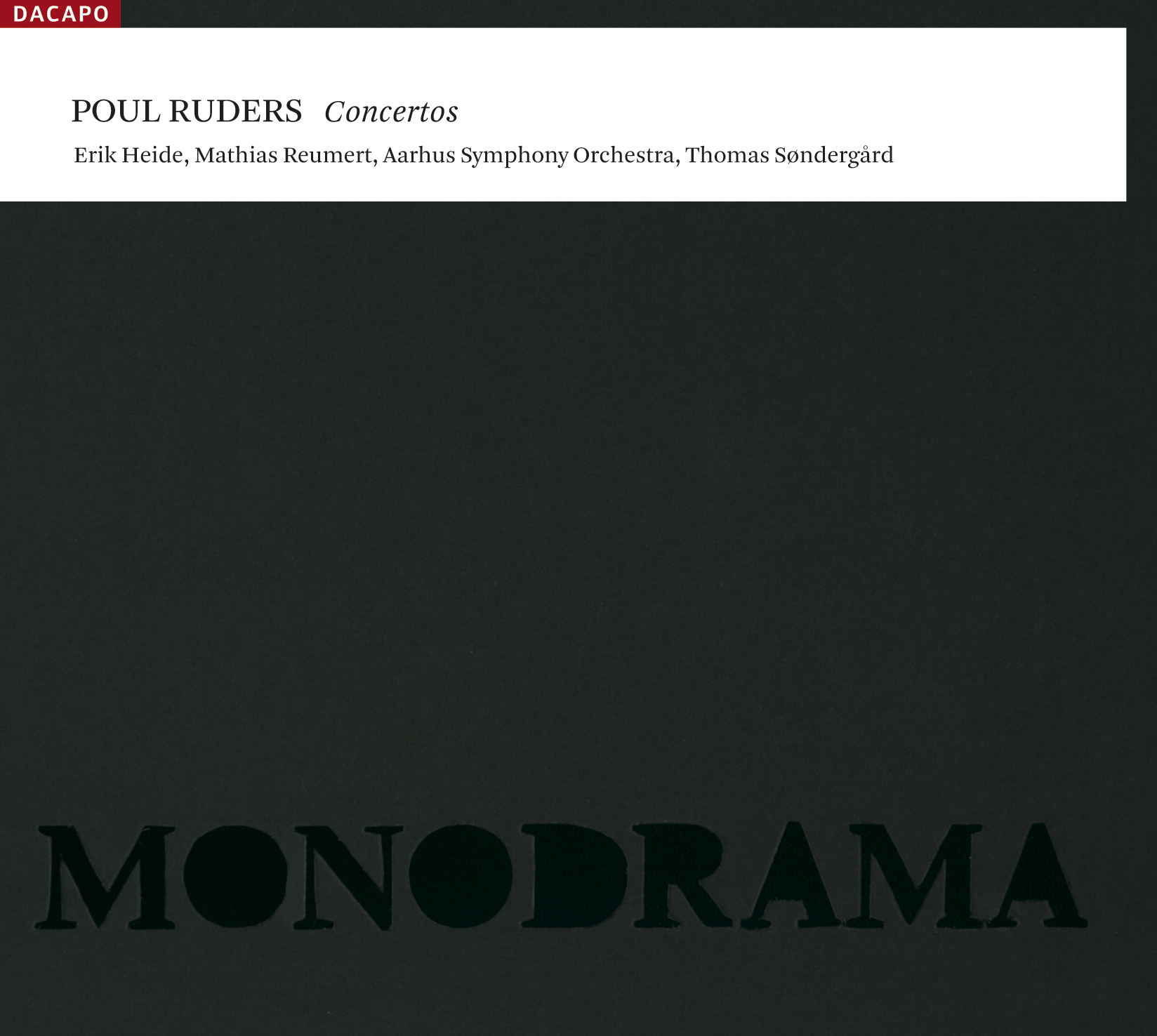 Once he'd got over his initial astonishment, Ruders quickly realised that ‘if I wanted to come out of this venture alive, I'd have to choose a Purcell theme as far away in shape and nature as possible from the marvellous one Britten selected for Young Person's Guide ...' He settled on the Witches' ‘Ho-Ho-Ho' chorus from Act II of Dido and Aeneas. As in the Britten piece, this merges seamlessly into the tutti Variation I, but the course Ruders takes is more lateral than Britten's section-by-section break down of the orchestra. The following variations lay bare the orchestra's workings through such techniques as ‘relay running' (Variation II), medieval-derived ‘hoqueting', in which the notes of the theme are thrown like a ball between various groups of instruments (Variation III), ‘bending' the theme melodically in blues-like style (saxophone leading in Variation IV, tuba in Variation V). The theme is then ‘atomized' (VI), viewed in a ‘cubistic' refracting glass (VII), treated to a muted trumpet-led ‘icy fantasy' (VIII), gradually reassembled by pizzicato strings (IX), then reborn magnificently as a throbbing, pounding, exultant Finale-Fugato (X). But just when C major seems established beyond question, Ruders springs a characteristic surprise: a radiant concluding chord of G sharp minor in ‘first inversion' (ie with the third, B, in the bass). ‘It is a minor chord', says Ruders, ‘but having it jacked up a -minor third makes it strangelyandrogynous\\ - -neither minor nor major. There's a silver lining to the cloud ...'