♥♥♥♥♥ »Welcome to the prairie! Niels Rønsholdt creates deeply original music which both feeds the mind and hits beautifully in the stomach« Politiken

With Country, composer Niels Rønsholdt widens the scope of his music, reimaging the country genre as a concerto for singing solo cellist and chamber orchestra. Country shows off the fine voice of soloist Jakob Kullberg and his extraordinary ability to play the cello ‘alla chitarra’, like a guitar. Here Rønsholdt finds expressive connections among farflung sources, creating music which reflects and refracts its inspirations in the rich American country tradition and a sort of Nordic pastoral yearning for love, with a critique of nationalism. 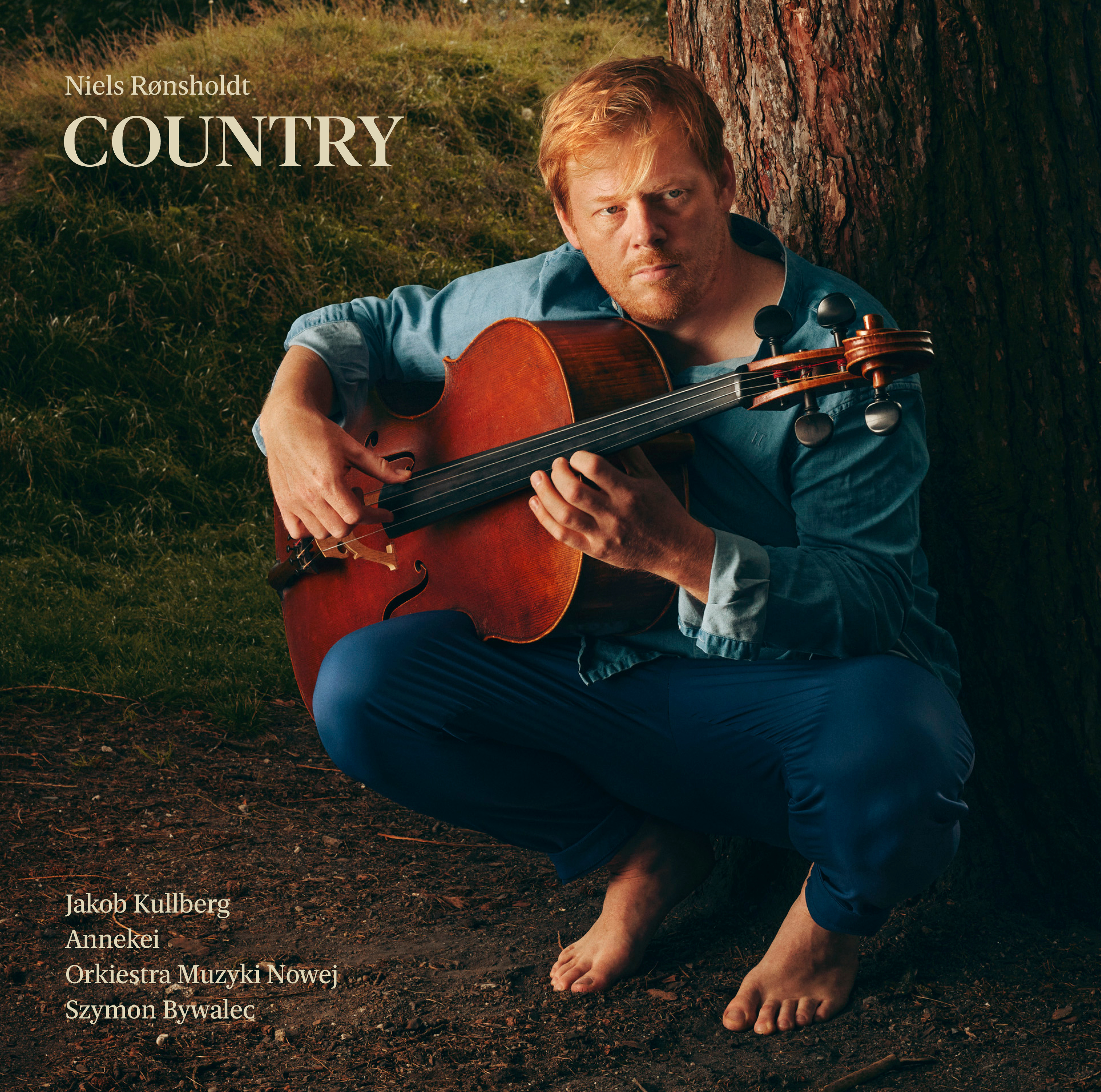 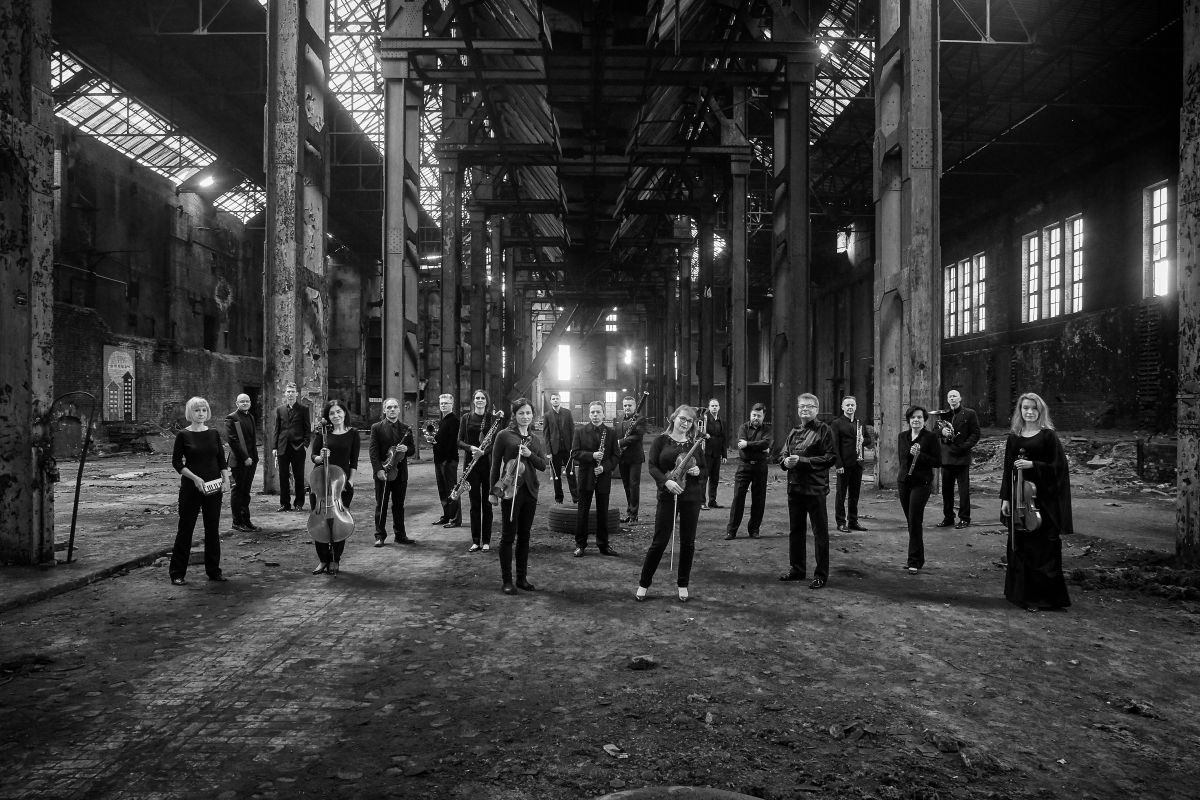 Orkiestra Muzyki Nowej © Bartek Barczyk
Welcome to the prairie! Niels Rønsholdt creates deeply original music which both feeds the mind and hits beautifully in the stomach
Henrik Friis, Politiken
Rønholdt's ’country’ music makes you constantly prick up your ears to understand what he's up to. Song after song is wrapped and blurred in layers of floating, almost oriental caresses or menacing hugs with melancholic death signals
Gregers Dirckinck-Holmfeld, GregersDH.dk
It is an amazing musical world to enter. [...] Musical components, that are not usually heard in the same context, are placed together. But as sounding music, it appears to be a fascinating and appealing experience.
Per Wium
SELECT PREFERRED FORMAT TO DOWNLOAD SINGLE TRACKS.

To feel comfortable with discomfort

What’s happening here? Maybe the same thing that happens in Niels Rønsholdt’s Country (2019-20) for cello and chamber orchestra. The work is built on a musical-stylistic scenario that couldn’t be more cliché-ridden: American country music with all its ideas, visual and musical stereotypes. But almost from the start of the scene, full of well-known signifiers, it breaks up and glides away into ambiguity: what had been a saddled-up country song is transformed, only a moment later, into a monumental, symphonic mass of sound. What had just been a simple melody is changed into a text piece, emptied of meaning, in an unending loop. The song’s intimacy has become a turbulent, harmonic jumble of various instrumental voices.

Niels Rønsholdt’s compositions arise from a bizarre flickering ambiguity, shifting between idyll and chaos, pleasure and discomfort. But what is really happening in his music? Rønsholdt describes his approach to his work as method composing – inspired by the principle of method acting, which appears to open up authenticity in acting through the practitioner accessing memories of their own experience. In many compositions he works deliberately with material that is not linked to his personal taste, his age or compositional expertise. Instead he chooses a viewpoint which is rather strange to him, for example a French chanson, a baroque recitative, a traditional folk melody or something from the Romantic repertoire for the piano. He approaches this material step by step, becoming familiar with it and thus acquiring it. In this newly achieved musical land, he forms his own composition.

‘It can be compared’, says Rønsholdt, ‘with the way we, for example, understand another person: we imitate, identify ourselves, we form relationships. When I compose, I go into the musical material concerned as though I am playing a role, so that I can form my own picture of this material. Interestingly, I have often been told that it is nearly always possible to hear when a piece has been written by me. And that is odd, because my method is precisely about handling musical material that is not by me, but which comes from others. For example in Country, there is a special rhythmic language, specific guitar-like figures and typical minor chords, all of which have been originated by someone other than me. They come from the world of country music. But how I have dealt with this material evidently carries recognisability in the same way as my handwriting does. And the music is not only found in the sound, but emerges somewhere between the musicians, the acoustic phenomena around the stage and the listeners. There is, we might say, a third dialogue partner, the cultural phenomena which are in play between the music and its audience.

Such a third element in the relationship between the music and the audience can be found relatively clearly in Country: the role of the soloist is evident in the absurd gesture which the score describes, that the cello should be played like a classical guitar. In addition, the soloist, despite not being a trained singer, sings song-like snippets with titles like ‘Man of Honor’, ‘My Guitar’ or ‘This Road Belongs to You’, which clearly allude to American country music. To this is added, like a virtual duet partner, a mysterious second voice, produced by a sampler. The music swings back and forth between music which resembles pop and folk elements, the Romantic symphonic orchestral tradition and material which sounds closer to a film soundtrack. Sometimes the transitions have a sudden, collage-like character, while at other times they glide almost unnoticeably from one stylistic reference to another. Just when the listener is beginning to find their bearings and feel ‘at home’ in a particular musical idiom, the anchor-point is gone again. And yet the music always turns back to its presumed centre, country music.

‘I have chosen the country genre for my composition because I was absorbed with the notion of “authenticity”, explains Niels Rønsholdt. ‘For me, this isn’t just about music, but more generally about the way we live, how we grow up, how we position ourselves. And in this connection the question also arises about whether we can actually find something like authenticity at all. I have no answer to this question, but its core lies at the basis of this composition. Country music has an image of being closely related to the dirt of the place it comes from. This is often seen as a kind of authenticity, but what does it really signify?’

Country is an American tradition which unites a variety of cultural backgrounds. It grew out of traditional elements, including the folk music brought into the country by, for example, immigrants from Ireland or Britain. When a Scandinavian composer like Niels Rønsholdt engages with country music, he comes to it from a quite different direction. So this is an experiment: Rønsholdt dedicates himself to a music which, in its time, has travelled from old Europe to the New World, replanting it in today’s Europe, in a classical chamber orchestra. He takes the music of his instrumental icon, the guitar, and transfers its role to a cello. A kind of puzzle picture of music material with different musical references can be seen as a reflection of the problematic question about the nature of authenticity, about genuineness and naturalness, as well as the impossibility of answering the question.

The whole setting in Country has a theatrical sheen. Whether there is a singing soloist or the instrument is held incorrectly, or if there is a pseudo-authentic line of text: each element possesses an ‘as if’ role, a touch of something artificial, imitative, something which is ‘simulated’.

‘I do not necessarily see theatrical implications as only having to do with visual matters’, says Rønsholdt. ‘It’s just that to create music, whether for a soloist on the stage or someone confining themself to a particular musical genre, it necessarily contains something theatrical, in my opinion. All the cultural phenomena we grow up with and carry with us in our consciousness, can become theatrical roles. The characters don’t always need to be people, but can also be musical. In this sense country music stands as an example of a popular cultural phenomenon. It plays, in itself, a theatrical role in the concept of the piece.’

Nor is the cellist ‘just’ an instrumentalist, but plays the role of one, holding the cello like a guitar and stepping into the role of a singer-songwriter. This can be seen as comparable to when an instrument not made to be played ‘as a guitar’ is used in that way. In this sense, the role is ‘inauthentic’, when the instrument concerned sits in the middle of a classical European orchestra, a context in which the country singer could not be more misplaced. Because the cellist is not a professional country singer, but rather sings in a style representing the amateur, another layer of distancing is introduced between the musical material and the performance situation.

‘Just as it does in the little crack between the original material and its transformation in the composition’, says Rønsholdt, ‘lives the whole of the idea of the piece. One can also see this scenario applying to me as a composer: I am not a country specialist, on the contrary. I am rather a critic of this musical culture, because it is often a conservative world view that speaks through it. Seen in this light, I am also playing a ‘role’. In the creative process I have moved myself into a music in which I am a stranger, just as the soloist who plays one’s instrument incorrectly. On the other hand, the little crack between the original material and its transformation in the composition will not be interesting if it is too obvious. If I had, for example, formulated the whole piece in a strongly ironic manner, it would not function. Everything must, despite all the signals to the contrary, be ‘genuine’ enough for the music to persuade us. We have to forget the conceptual background until we can grasp the concept of the music. Only then it will be exciting, so we are perhaps surprised when we come to the place where the flow is suddenly broken up by something strong which apparently comes from outside, blending itself and disturbing the sound picture.’

This happens again and again at places where the music, as though there is a technical fault, becomes stuck or where a short passage is repeated in a loop, as though on a scratched LP. These meta-irritations work in a way that we, time after time, are torn out of the music but then shortly afterwards become sucked in and lulled into calm again.

‘I can appreciate the transitions from one situation to another’, explains the composer. ‘But I am not interested in making the audience completely confused, so I aim to do it at a few selected places, where there is a short, temporary confusion, momentarily, when suddenly the music requires a new way of listening from its audience. In these transitional phases an enormous excitement arises until the public have accustomed themselves to the new situation and feel comfortable in it once again.’

Such transitional phases can unleash a stronger inner engagement within the listener. They have traces of the principle which Bertolt Brecht called ‘alienation effect’. Perhaps something in the text can suddenly be seen in another light, perhaps a musical expression is transformed into a theatrical gesture, or maybe some musical material becomes twisted, a caricature of itself; all these moments, when the original setting has been broken and becomes something other, open up the possibility of an intensive, perhaps more conscious sensory experience. For when our cultural reference space is shaken, uncertainty and embarrassment come forward. We are compelled to ask new questions. In the end, it is precisely these emotional impulses and their consequences for our understanding which Niels Rønsholdt sees as productive energies which make a musical event better, more alive.

Country was commissioned by and dedicated to Jakob Kullberg