The classical figures of Medea and Lysistrata have captivated creative artists for centuries. The latest of them is Steingrímur Rohloff, an Icelandic-German composer who found his sensual, crystal-clear musical voice while studying in Paris. Here, he is paired with one of Denmark’s great poets, Peter Laugesen. The specially configured music recorded here benefits from Tuva Semmingsen’s ravishing voice and Rohloff’s decade of collaboration with Esbjerg Ensemble – to beautiful, resonant and dramatic effect. 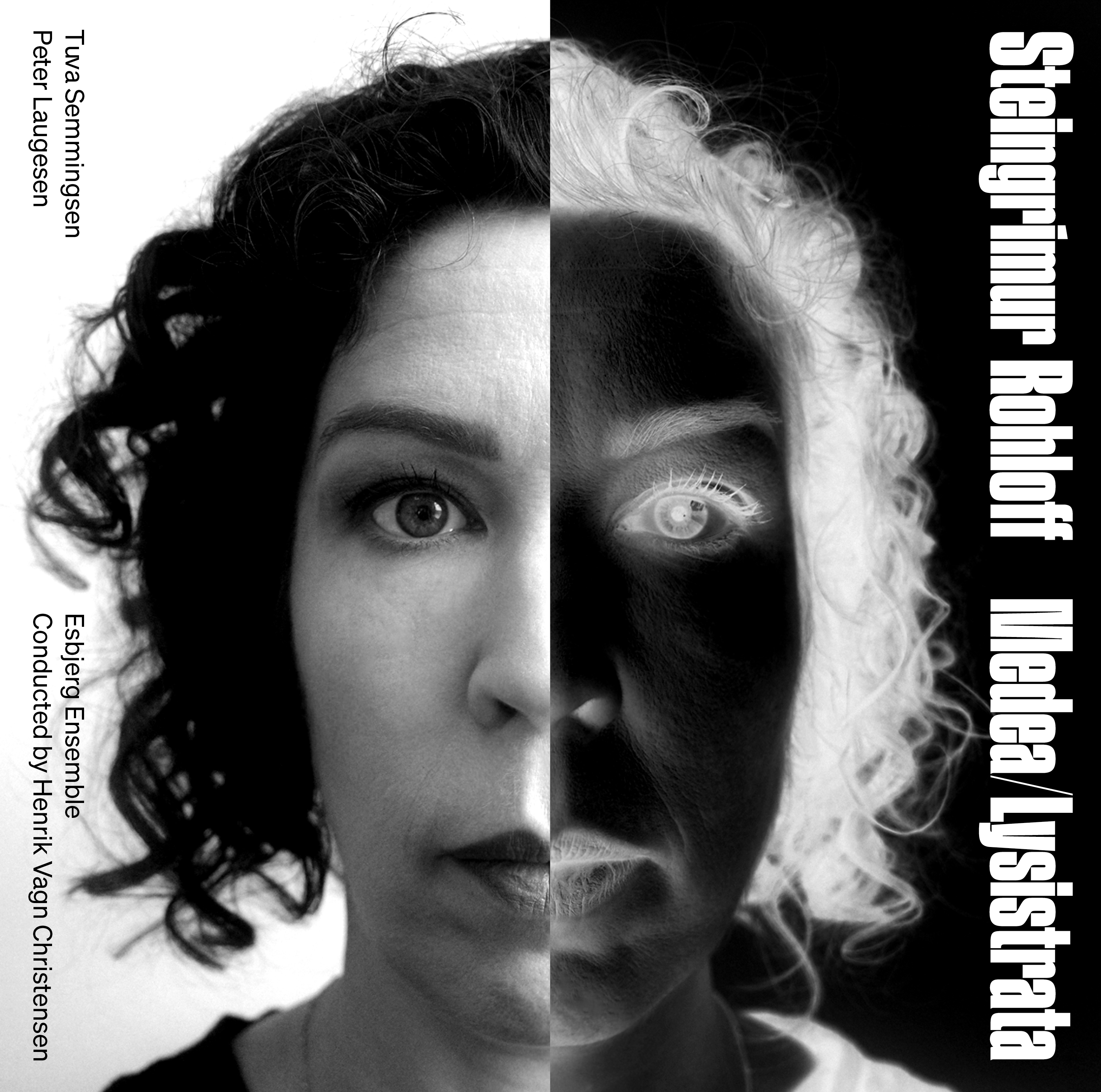 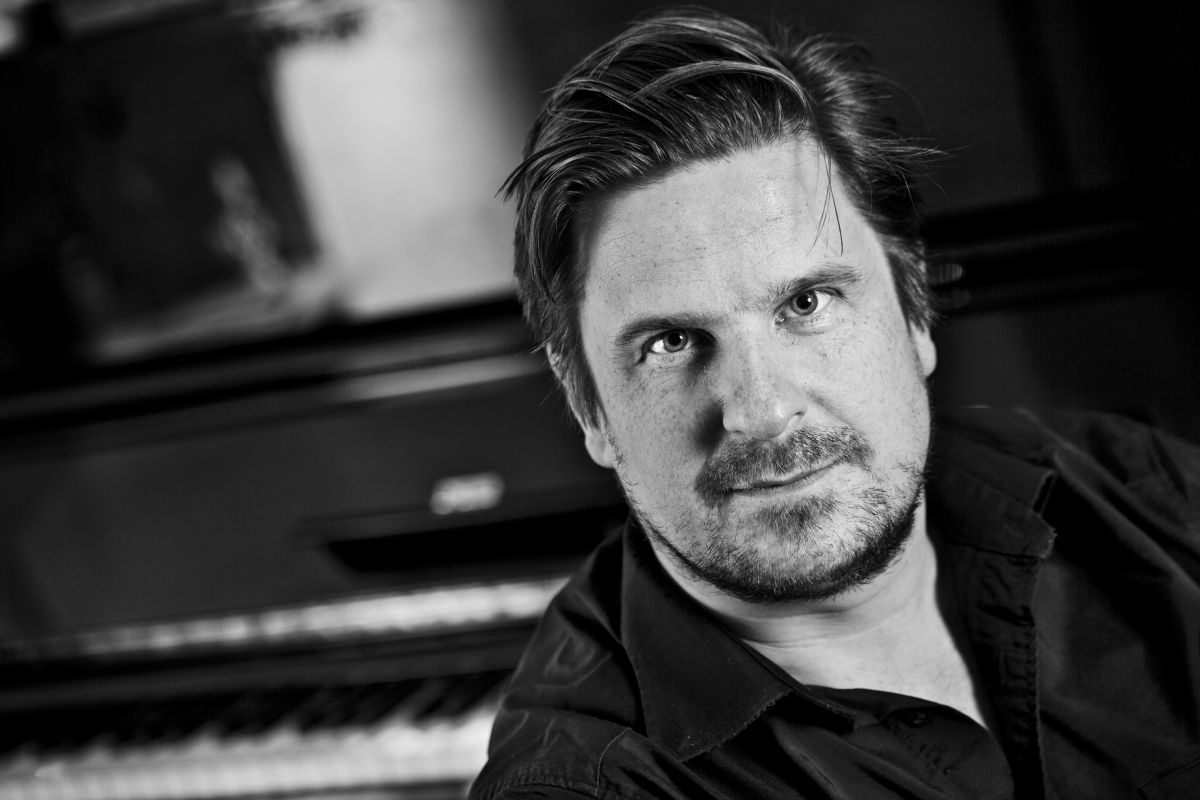 Poetry’s sixth sense, the dramatic power of emotional extremes and the fantastical capabilities of melody and harmony lie behind Steingrímur Rohloff’s success as an opera composer. His music’s surface beauty and finesse conceal deep and frequently dark explorations of human life. His storytelling instincts have made his stage works creatively embracing despite their musical rigour and clarity.

Rohloff was born in Reykjavík to Icelandic and German parents, and has lived in Denmark since 2003. He studied composition with Krzysztof Meyer at the Conservatory in Cologne and later with Marc-André Dalbavie and Gerard Griséy at the Conservatoire National Supérieur de Paris, which led him to courses at IRCAM. It was in France that Rohloff discovered an appetite for orchestration, convincing himself, at the same time, that the world of harmony was rife with unexplored avenues. ‘I decided that you have to write your own harmonies based on characteristics, expression and implication,’ he says; ‘there is still much more experimentation to be done there’.

Rohloff’s adaptation of Hans Christian Andersen’s Story of a Mother won the 2009 Reumert (a Danish Tony or Olivier Award) for Best Children’s Theatre Production and he has twice been nominated in Reumert’s opera category, leading to a major commission from the Royal Danish Opera. ‘I like extremes and feel drawn to them’, the composer says. The words could apply as much to his activity in opera as to his emotionally acute concert works. They include orchestral scores and a large number of ensemble pieces born from close associations with the Esbjerg Ensemble, Figura Ensemble, Athelas Sinfonietta Copenhagen and Ensemble Modern.

During a residency with Figura Ensemble in 2010, Rohloff was introduced to the character of Medea as written by Euripides – a woman abandoned by Jason, the lover she had helped to military victory and on whom she became determined to wreak revenge. For a project titled Fire vinkler på Medea (Four Angles on Medea), four composers including Rohloff were asked to imagine the character of Medea in four contrasting theatrical styles.

Rohloff knew who to call to write texts for his music. Verse by the Danish poet Peter Laugesen had captivated the composer during his student days in Cologne, long before he lived in Denmark. ‘I loved his poems immediately and still do’, says Rohloff; ‘whether Laugesen is being beautiful or dirty or realistic, there is a punch in the language which draws me to my own extremities’. During the Figura project, it became clear to Rohloff that Laugesen viewed Medea from ‘a special angle’. After a decade of collaborations including the opera Lysistrata, the composer returned to Laugesen’s 2010 texts for the new work Fem sange af Medea (Five songs by Medea), written for this recording in 2019 with the Esbjerg Ensemble and Tuva Semmingsen as partners.

Laugesen’s verse is steered less by Euripides’s telling of the Medea myth than by Ovid’s, which is imbued with more magic and mystery. The five poems allude to Medea’s expulsion from Corinth, where she had settled with Jason before he abandoned her for Cerusa. ‘This is the worst time in her life, the stuff tragedy is made of’, Rohloff says; ‘but Laugesen is concerned with the magical aspect of Medea: that she is a stranger from one civilization going to another and that even though she is a princess she can still be suppressed. That idea goes right through to the end.’

The poetry searches those issues out. But it soon dawned upon Rohloff that there was a new opportunity for his music to do the same, given the circumstances under which it would be brought to life. ‘The songs were made to record, so we knew we could get close to the microphone, using lower registers and this beautiful, special non-vibrato Tuva Semmingsen has when singing softly,’ he explains. Always, he was led by the words: there are sudden intensities in Laugesen’s poetry, big and small. I do like an overall idea, an overall arc, but I search and experiment within that – I don’t take the fun from it if there is something to respond to.’ With subtle electronics and the lighter sound of the Esbjerg Ensemble, whose deepest instruments are cello and bassoon and where percussion brings surface resonance, Rohloff carved-out an intimate, crystalline instrumental context for his voice-led songs.

Focused aspects of Medea’s character are explored in each of them, melody and text leading the music from the top down but the ensemble plummeting and swirling in reflection. ‘Hvorfor fuglene synger’ (Why the birds sing) is the song of the mystic outsider, long-breathed vocal lyricism laid over slow woven counterpoint. But Medea only becomes more characterful and defiant, through the zestful ‘Skæbnen er en rotte’ (Fate is a rat), the steely yet saddening ‘Jasons kranie’ (Jason’s skull), the self-empowering ‘Jeg kan tænde vulkaner’ (I can light volcanoes) and even the valedictory ‘Jeg slukker nu’ (I’ll finish now), in which she dispels the music itself. ‘I was the greatest, I was brilliant,’ sings Medea, ‘but I’ll finish now.’

Three years before the Medea songs, Den Fynske Opera (The Funen Opera) in Odense gave the first performance of the Rohloff/Laugesen opera after Aristophanes, Lysistrata. The Esbjerg Ensemble played the score and Tuva Semmingsen took the title role: a sensual woman attempting to incite her sisters to pacifistic rebellion by denying men sex. Lysistrata’s world existed more than two millennia ago yet was filled with the same violence, oppression and forced migration we see today (however radical or unlikely her solutions, they might all have neutralized the problems faced by Medea).

Rohloff never imagined his piece as the quasi-comedy of the original play, preferring to explore more troubling aspects of the text. Even so, the libretto he ordered from Laugesen turned out darker than expected. ‘Peter was focused on writing texts about war and suffering,’ the composer explains: ‘I tried to push him in the direction of the sex strike and some elements of domestic life but the libretto just got darker still; maybe a part of me wanted and expected that. We don’t have the happy ending of the original but that might make it more relevant. As a story, it could not be more existential; it’s about war, peace, love, sex and reproduction.’

In plucking out the overture and five arias from the opera, there are notable parallels between this glimpse of Lysistrata and the thumbnail sketch of Medea heard before it. Rohloff describes Lysistrata as ‘a number opera’ in which he searches for distinctive characters or ideas from movement to movement. Though the opera contains multiple characters and a chorus, we hear from the heroine alone on this recording. Text and music are non-narrative but emotionally, philosophically clear and there are myriad facets of humanity bubbling underneath both. In this version of the piece, the music ultimately evaporates much like that of the Medea songs. ‘One solution to all the pessimism and disillusion at the end is just to forget – for Lysistrata and for the listener,’ says Rohloff. His reference is to the multifaceted final song ‘Glem’ (Forget), in which Lysistrata drifts into the confusion of polyphony with herself: ‘I sense Laugesen reminding us that as a society we keep forgetting, which is why we end up where we end up.’

We hear Laugesen’s own voice, alongside those of children (the composer’s own) over the tender introduction to what becomes a bustling, brutal overture. In the first song ‘Lysistrata’s plan’ as in the last ‘Glem’, the character’s voice echoes and reflects itself, an electroacoustic device made physical by video-doppelgängers when the opera was staged – a Rohloff trademark and a sign of his work on the piece stretching far beyond the written score (‘I always feel on the brink of wanting to direct operas myself,’ he says).

The singularity of Semmingsen’s voice comes to the fore in her sensual rendition of the smoky nightclub number ‘Pyntesyge kvinder’ (Showy women), the ensemble occupying the shadows behind her, and the half-coloratura of ‘Den slags pjat’ (That kind of foolishness), where Lysistrata rails against the futility of male war games. That piece is followed by a tugging intermezzo before the torment of ‘Smerten’ (The pain) and the distillation of ‘Glem’, its instruments breathing like a harmonium before they, like Lysistrata, run out of air.

Rohloff is not the first composer to have felt the allure of Medea. ‘I very much like the idea of old, re-written things, perhaps from the baroque, and it’s something I have done before,’ says the composer, referring to the bespoke miniature that opens the disc. ‘Quel prix de mon amour’ is a re-upholstering of the aria from Marc-Antoine Charpentier’s 1693 opera on the Medea myth, Médée, sung at the moment the heroine finds herself abandoned by Jason (the libretto is by Thomas Corneille). Rohloff leaves Charpentier’s vocal and bass lines relatively intact, but tenses the middle ground with flexing suspensions, dissonances and counterpoint that open up deep pits where Charpentier’s major-minor chords had suggested straightforward tension and release.