Drawn to the ‘twinkle in the eye’ in Carl Czerny’s Etudes, Knudåge Riisager (1897–1974) wanted them to ‘sparkle like the fizz in mineral water’ when he made his orchestral renderings in the late 1940s. When those scores were refashioned for a ballet, Riisager invested them with even more of his trademark buoyancy and colour. But change was to come with the composer’s Violin Concerto of a few years later. The shift in style reveals the composer’s deep and developing thoughts on musical contrast, instrumental naturalness and concerto form and is realised vividly on this new recording from the Aarhus Symphony Orchestra and Ian van Rensburg. 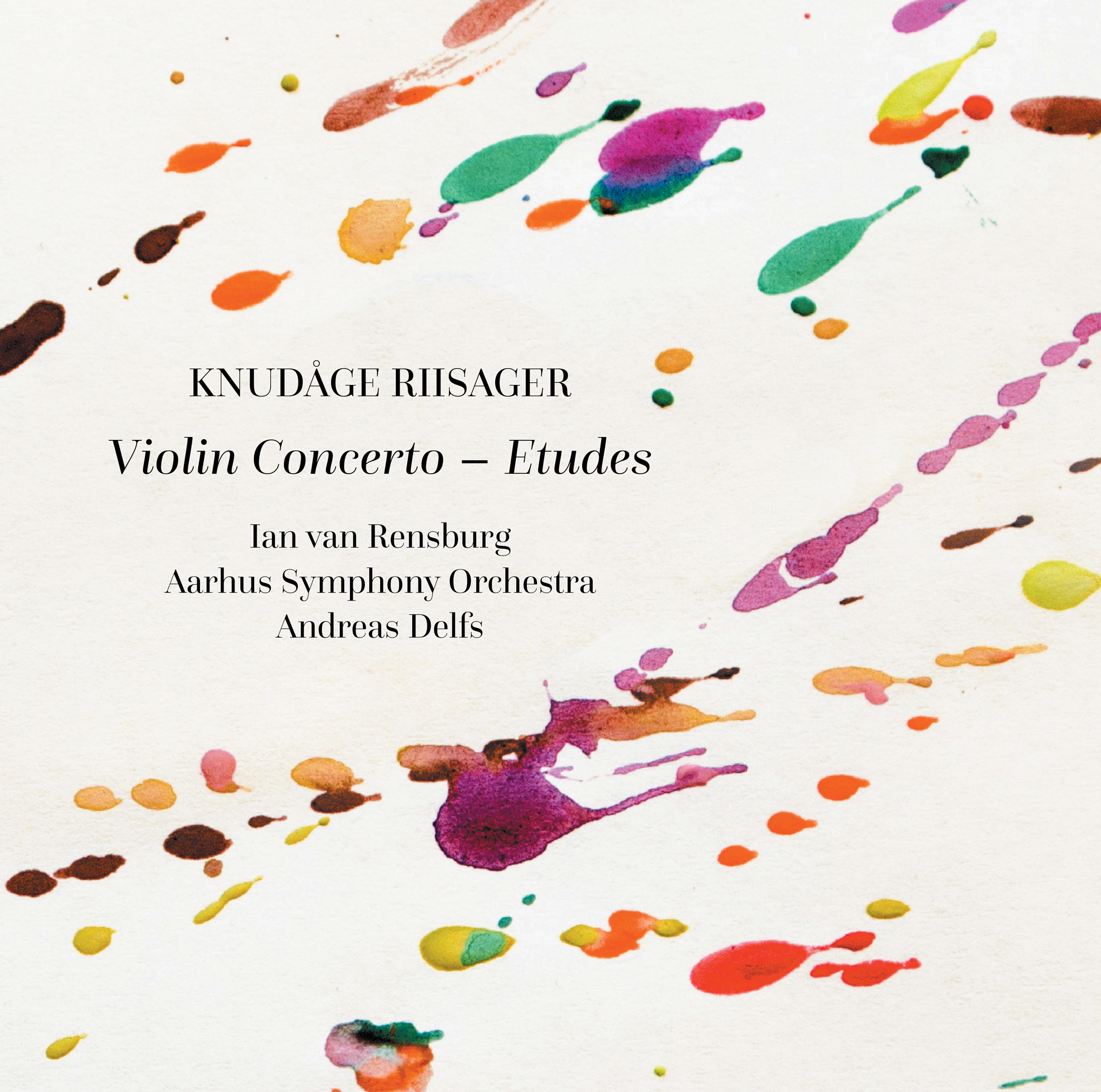 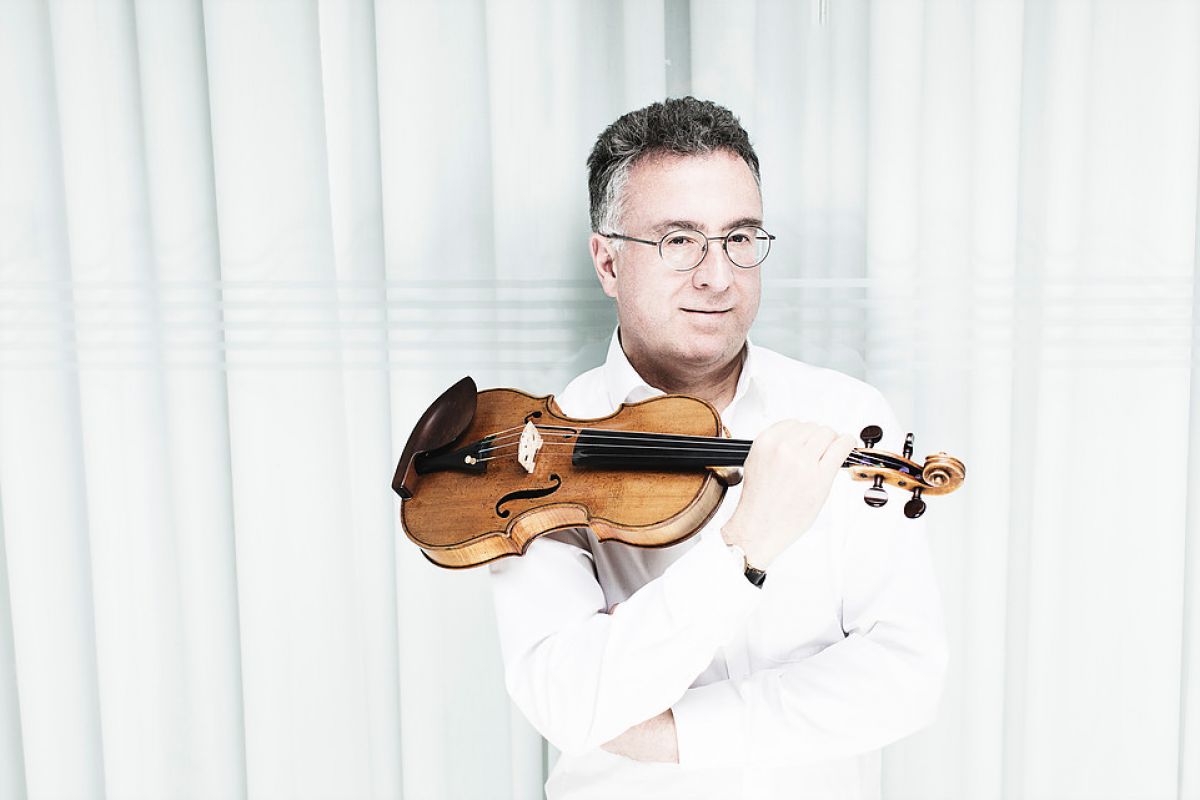 As with other Danes, Riisager’s life changed during the German Occupation of Denmark in 1940-1945. Towards the end of the war the situation intensified considerably, and from the autumn of 1944, Riisager had gone underground because of the dangerous situation with many reprisal murders. In May 1945, when the German troops left the country, he could resume his activity as a composer.

The years ahead were to be particularly fruitful for Riisager. Among the first commissions that came flooding in was the completion of the music for Kaj Munk’s play Niels Ebbesenand the final drawing-up of the score to Harald Lander’s ballet Fugl Fønix (The Phoenix). Both were works with strong allusions to the world war that was just over, but soon Riisager was to be given tasks where he again could draw on his special ability to create bright, life-affirming music.

In 1947 the Carlsberg Breweries could celebrate the centenary of their foundation – that is of the brewing of their first bottle of beer, and Riisager and the poet Mogens Lorentzen were urged by the management of Carlsberg to supply a large festival cantata. This became a work on the grand scale: besides a symphony orchestra, it required three vocal soloists, a narrator, a mixed choir, two male choirs and even expected the audience to participate in the singing of the final anthem.

Alongside the work on the Carlsberg cantata, Riisager must have been busy composing the 13-movement work Czerny’s etudesarranged for a small orchestra, which as far as we know has never been performed as such. When he began working on the music for the Lander ballet Etudes, he chose to incorporate a little over half of the movements from this work.

The story of the genesis of the music forEtudescannot be told without letting Riisager speak for himself with a small memory of the inspiration for the ballet:

“The idea of writing a ballet using Czerny’s etudesstruck me like a whiplash on a sunny day in October last year. Coming from an open window I heard one of these crystal-clear exercises. An unknown novice was feeling his way through the basic exercise work in classical piano tech­nique. The wind down in the street took the dead leaves and swept them in a whirling dance high into the air, just as a run on the piano trilled out in the highest treble. In that sense I owe the idea to the wind and the unknown pianist, but to tell the truth I had already been thinking for some time of reworking some of these magnificent pieces for orchestra and giving expression to the warm humour, the fine ‘twinkle in the eye’ that is constantly hinted at behind the strict mask. They are extremely pure music, these exercises, with no messing about, free of false attitudes. They sparkle like the fizz in mineral water, bubble merrily along without leaving the hangover of the drinking spree. They delight and enrapture. Truly, it was a master who perfected these practice pieces! And subsequently, practicing these pieces would hone to perfection the piano technique of many a master: Beethoven and Liszt were Czerny’s pupils, and they were anything but poor examples of how far you could go in the art of the piano. The music of this ballet is a reworking of Czerny’s etudes, making free use of motifs and ideas. The given thematic material has been expanded, and the work with this has in reality been just as demanding as writing new music from scratch. But it has certainly been amusing for me to work my way into this world from a special perspective: on one hand to respect the calm and clarity breathed by the etudes; and on the other to bring them up to our own time, insofar as this has been compatible with the first consi­deration.”

As mentioned, several pieces from the work Czerny’s etudesformed the basis for the ballet music Etudes. However, this is not a matter of a direct transfer from one work to the other, since Riisager reworked the ‘borrowed’ pieces, mainly in expansions and re-instrumentations of the original material. Several of these changes were of course made because the music for Etudeswas to serve a quite different purpose from Czerny’s etudes; that is, it had to work in conjunction with the choreography. The far-reaching re-instrumentations are due not least to the fact that in EtudesRiisager used a considerably larger orchestral ensemble with a far bigger percussion section than in Czerny’s etudes.

It was not only in the pieces from Czerny’s etudesthat Riisager made changes. He inter­vened in the structure of the original etudes and made changes there. In the overture, for example, he breaks the uninterrupted series of semiquavers in Czerny up into smaller scale segments which are distributed out to the divided violin groups and later also to the winds. In this way, Riisager achieves a multidimensional effect, as individual scale segments are played off against one another. Towards the end of the movement Port de bras et pas de badinhe lets the instruments range freely into different keys, thus achieving polytonality – that is, several keys playing at the same time. In the effective Mazurka, he uses a very short etude which Czerny wrote to practise the precise placing of double beats in awkward places in the piano structure. In the orchestral version, the mazurka is developed with a great crescendo effect which is not to be found in Czerny. This move­ment leads into the tarantella, which for Czerny is an exercise in passage playing in octaves. The work concludes with Broad Leaps, which were added to the original version of Etudesin connec­tion with the premiere of the production at the Grand Opera in Paris in November 1952. In the original version Etudesended in a decrescendo, that is, the movement died away, but presumably to accommodate a wish from the Frenchmen Lander changed the ending, which thus became far more impactful. Incidentally, it was on the same occasion that Riisager replaced the original Pas de troiswith a Pas de deux romantique, which now forms the 11th movement. It is in this third and final version, the Paris version, that Etudesis performed nowadays, and in that version, the work was published in 1995 by Boosey & Hawkes. One senses that in EtudesRiisager has gathered up many years of experience in the orchestral treatment, and the work can thus be regarded as a catalogue of his virtuosic, original art of instrumentation. Although the music, of course, has stylistic ties to the work of other composers – one could mention Maurice Ravel, Otto­rino Respighi, Igor Stravinsky and Sergei Prokofiev – the now 70-year-old score still radiates a wonderful freshness, warmth and elegance. Etudeshad its first performance at the Royal Danish Theatre on 15 January 1948, with Johan Hye-Knudsen at the conductor’s stand, and with the great balle­rina role danced by Margot Lander. After this, the ballet has gone from triumph to triumph over most of the world, and the music of the ballet is thus unconditionally Riisager’s most frequently performed orchestral work.

Over the next couple of years after the completion of Etudes, that is from 1948 til 1950, Riisager wrote several important works. In 1948 he composed his only opera, Susanne, which has a libretto by Mogens Lorentzen, and in 1949 he wrote the highly original orchestral work Archæop­teryx, depicting the oldest-known bird, which became extinct in the Jurassic. Finally, from 1950 comes the Fifth Symphony, Sinfonia serena, and the weighty work for string orchestra Variations on a Sarabande by Charles, Duc d’Orléans.

Sinfonia serena, Archæopteryxand later the Violin Concerto herald a stylistic change in Riisager’s works. The composer Poul Rovsing Olsen has put it aptly as follows: “Here the brilliant orchestral apparatus was abandoned. Not only literally but also metaphorically. It was a new Riisa­ger we encountered in these works. Here there were no loose-hanging effects, no con­ventional bassoon witticisms or ascending violinades with a cymbal crash at the end, here too there was no trace of narrow neo-Baroque. There had been a simplification and at the same time a strengthening of the form-creating meaning of the play of lines. This reorientation means an enrichment of Riisager’s music, it brings out finer nuances in the composer’s artistic physiognomy.”

Rovsing Olsen’s characterization is part of his review in the newspaper Informationof the first performance of Riisager’s Violin Concerto. Besides the Concertino for Trumpet and Strings from 1933, the Violin Concerto is Riisager’s only work in the solo concerto genre. The violin was Riisager’s own instrument in the sense that he had played the violin from his childhood with the Royal Chamber Musician Peder Møller as his teacher. At an early stage, he had composed for the instru­ment, not least the Second Violin Sonata from 1923, which is one of the major works of his oeuvre. With the Violin Concerto Riisager made a highly personal contribution to the concerto genre. From the outset, its disposition broke with ‘common practice’, since it falls into two movements: a contemplative first movement and an action-packed second movement. In the former, the violin more or less stands outside the orchestra, with which it attempts to make contact. Only in brief passages can one can speak of a truly realized interplay. The contrast between soloist and orchestra comes to expression among other ways in brusque comments on the playing of the violin from the brasses. The movement is in general typified by linear motion, and in many places, the solo part has an improvisational character. The movement ends with a slightly altered repetition of the intro­duction. The second movement has two subjects, one highly capricious and one more singable. It has features from the sonata movement form, but – typically for Riisager – in a relatively free version. An important aspect of the Violin Concerto is the exquisite orchestral treatment. Here Riisager uses instruments with great contrasting effects, for example, the celesta with its bright bell-like tone and the bass clarinet with its low ‘raw’ tones.

The Violin Concerto was written for and dedicated to the popular violinist and entertainer Wandy Tworek, who was well known for his superb technique and powerful musical personality. Tworek had given the first Danish performance of Béla Bartók’s Sonata for Violin Solo, which he also played on a gramophone record. Tworek was the soloist in Riisager’s Violin Concerto in the first performance, which took place at a Thursday Concert on 11 October 1951 with Nicolai Malko as the conductor. As a result of the very successful collaboration between composer and violinist Riisager later wrote three smaller but at the same time highly virtuosic works for Wandy Tworek.