The Four Seasons After Vivaldi

The Four Seasons After Vivaldi

This is Vivaldi for the 21st century. Danish composer Karl Aage Rasmussen (b. 1947) has always been keen on exploring our experience of time and movement. Building bridges between cultures and traditions, he here sheds new light on original compositions by Vivaldi and Respighi, written for the period instruments of Vivaldi’s time during his period as composer-in-residence for Danish National Baroque Orchestra Concerto Copenhagen — a conversation between past and present, between classical composition and new discoveries, between composers over time spans. 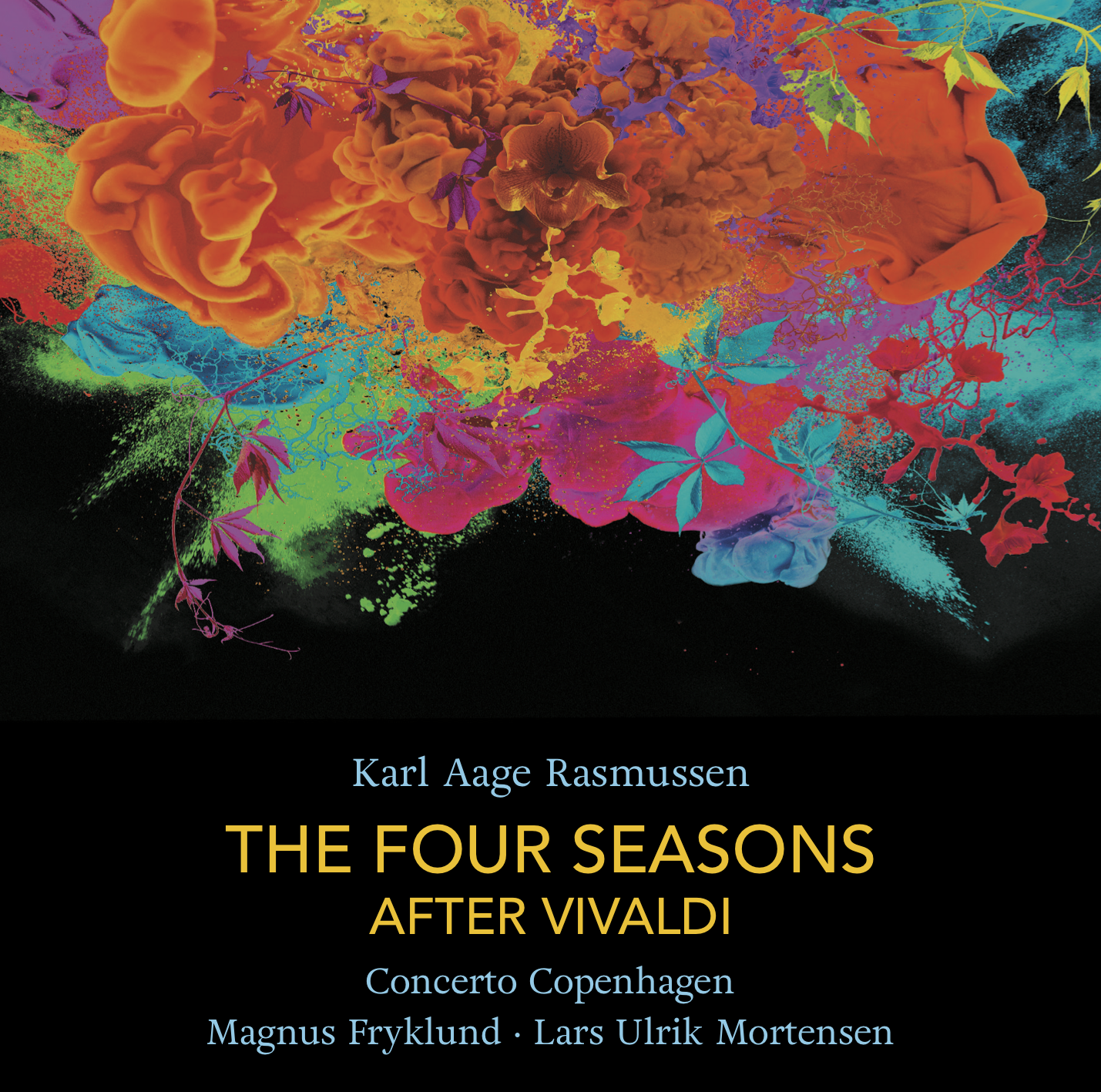 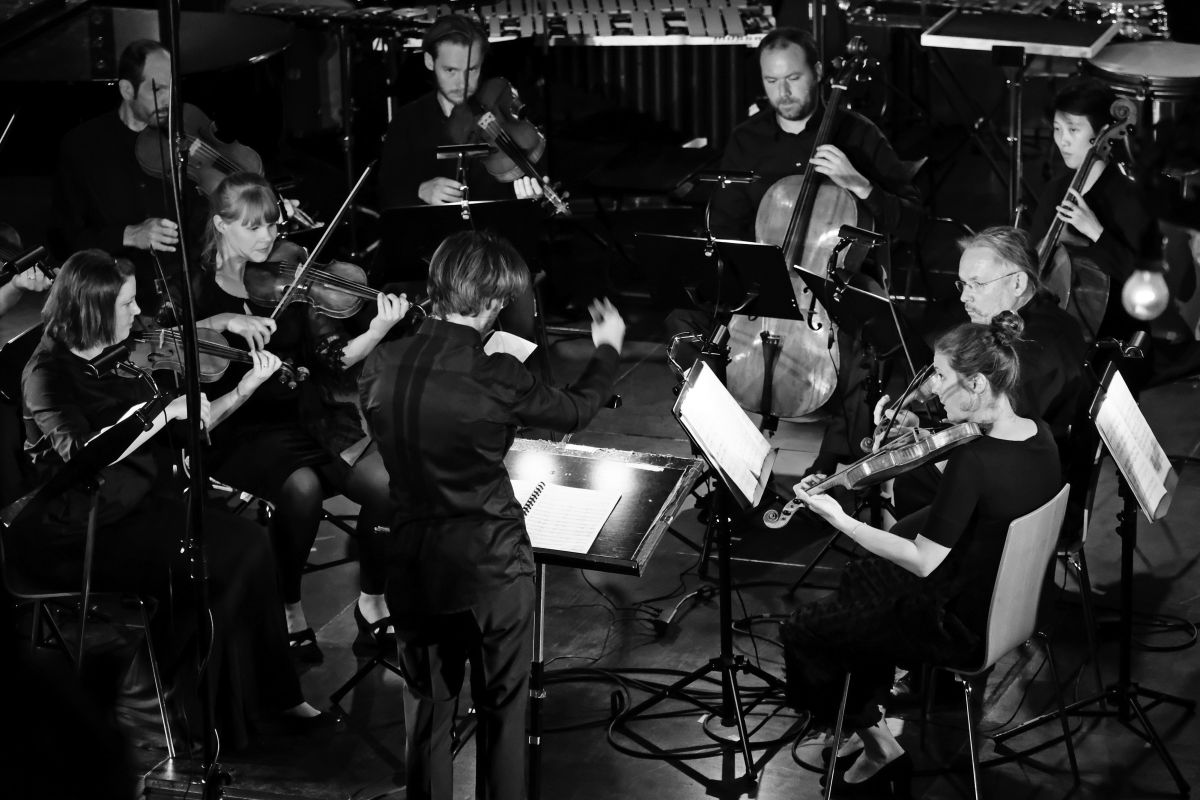 Within the musical world it is a popular idea that music ought ideally to sound precisely as it did when it was composed, i.e. be played based on the customs and conditions which applied at that particular time. Musical interpretation, however, is always grounded in the present, it is inevitably subject to the conceptual frameworks which apply when it takes place. And the score, the texts, the old mute notes or words, conceal as much as they reveal. There is no ideal line to be adopted, no truth – the work only exists as ever-new approaches – notes are music asleep. To search for the work in a definite form is like searching for the dark with a candle in one’s hand.

But the dogma regarding the inviolability of the text actually occurs only rarely – the music of the concert hall is almost alone in applying it. No theatre performs Shakespeare, Molière or Schiller completely ‘according to the book’; even opera always requires new readings – and movie people do remakes of old masterpieces. The passing of time changes everything and thereby also us. In Lampedusa’s marvellous novel The Leopard the count’s young nephew remarks: ‘If we want everything to remain as it is, everything must change.’

It was such thoughts that occupied my mind when, as a composer-in-residence with Concerto Copenhagen, I had a wish to hear how Vivaldi’s The Four Seasons perhaps would sound like were modern ears to hear them with similar amazement as that which Vivaldi’s audience must have felt. Not by changing the composition as such, but simply by stressing the aspects in the music which foreshadow the conception later periods were to have of rhythm and musical idiom. Rhythmical drive and repetitions characterise in many different ways the most widespread forms of music of our present age, but that is also an obvious aspect of Vivaldi’s mode of expression, and it does not detract from Vivaldi in any way for this to be emphasised and profiled. And an interpretation of Baroque music always calls for improvisation, personal choices and a will to formulate anew. Vivaldi is interpreted in a host of different ways, and new possibilities are ­repeatedly being uncovered in the old notes. But in a new musical ‘stage-­lighting’ other completely ignored aspects may perhaps emerge.

Today, in the age of digital media, everything can be reproduced and copied to perfection in an instant. Only not life. So, the treasures of art history naturally have to be brought alive as something different and more than just repetitions and reproductions. Within the field of music, constant repetitions can even risk changing the very basis for the musical experience, the particular elastically vibrating space between expectation and fulfilment, between tension and release. When what takes place is (almost) precisely what we expect, the experience of music can lose the ability to unfold a piece of living life in a compressed, mental form. For living life is never completely predictable.

Such considerations were also behind by adaptation of the Italian Ottorino Respighi’s orchestral suite Gli uccelli (The Birds). Respighi was a great connoisseur of birdlife. In his still highly popular orchestral poem Pines of Rome from 1923, sound recordings of birds also feature, and he based his bird suite from 1928 on bird imitations from the Baroque. Respighi’s name is today strongly linked to his portrayals of Rome, but his life’s work is enormous and colourful, and he was of great importance for the renaissance of Baroque music in the interwar years.

Bird song has fascinated composers and musicians since the 14th century, and a whole series of musical works have, over the centuries, attempted to imitate the widely differing songs of birds. Many Baroque composers wrote solo works that imitated or processed bird song, and Respighi translated some of these old pieces into the sound and aesthetics of the modern Romantic symphony orchestra. But the idea of giving them back the language idiom and basic timbre of the Baroque captivated me because the result would be something known and something unknown at one and the same time. As when a word that is translated into a different language and then retranslated can completely change its semantic content and significance.

Respighi chose the portrayal of the dove by a French composer, he used Rameau’s famous harpsichord piece about a hen, and the song of the nightingale was taken from the Dutch recorder virtuoso Jacob van Eyck. Finally, there is a cuckoo imitated by the extremely popular Roman Bernardo Pasquini. In a small prelude, Respighi hints at all his Baroque birds.

Vivaldi’s The Four Seasons were published in 1725 but may possibly have been composed as early as 1716-17, and what we now refer to as ‘programme music’, illustrative music, was quite usual in solo pieces for harpsichord but something of an innovation within the concerto genre. They were printed together with eight other violin concertos under the titleIl cimento dell’­ armonia e dell’inventione ( The Contest Between Harmony and Invention) – and were accompanied by small narrative poems by an unnamed poet (probably not Vivaldi himself). And here the many images and situations are unrolled that are portrayed in sound, famously including screeching crows, buzzing flies, chirping birds, hunting horns, storms, chattering teeth and dripping icicles. And, of course, the barking sheepdog in Spring (the violas in the middle movement), hail, thunder and lightning (the final movement inSummer) and the ‘slumbering drunkards’ in the slow movement from Autumn.

Follia, follia ... was composed in 2015 as my first contribution to Concerto Copenhagen’s repertoire. ‘Follia’ actually means madness and it was originally the name of a 16th-century Spanish dance based on a particular, characteristic sequence of chords. This series of chords was linked during the 17th century to a special melody that became enormously popular and gradually formed the basis for a veritable musical relay race through history. A whole host of composers made use of it (or only the sequence of chords): Scarlatti, Corelli, Vivaldi, Bach, Cherubini, Liszt, Rachmaninov, and yes, even Carl Nielsen (in the opera Masquerade). A website lists several hundreds of examples.

The origin of the name is not known, so what ‘madness’ we are dealing with must remain conjecture. The musical baton I pass on opens small windows onto various present forms of expression but also echoes the La follia of history. Finally, also echoes from Corelli’s contribution – a sonata which in his own age even outdid his Christmas Concerto in popularity.

Concerto Copenhagen and the New Music

That Early Music ensembles and Baroque orchestras are actively involved in Contemporary Music is a relatively well-established phenomenon. Precisely the Early Music movement – if one can speak of such a thing – is characterised by a pronounced willingness to experiment and test existing boundaries, so it is only natural that there has also been an interest in newly composed and genre-crossing music on 18th-century instruments.

A wish that Concerto Copenhagen had for a number of years to commission a work from a contemporary Danish composer finally resulted, at the suggestion of the orchestra’s dramaturge Lars Henriksson, in its making contact with Karl Aage Rasmussen, who returned the compliment in 2013 with the work Concerto in Amber for Baroque strings and saxophone quartet. As far as I know, no other Baroque orchestra in the world that has had a composer-in-residence connected to it, but that was nevertheless the outcome of this successful pilot project, and with support from the Grants Committee under the Agency for Culture and Palaces, Karl Aage Rasmussen was linked to Concerto Copenhagen for 2 ½ years, 2015-17 during which he wrote no less than nine works of varying scope and texture for the orchestra. It is the first of these works that we are now presenting in a recording that will be followed up by another one so that the relationship between orchestra and composer-in-residence is documented and accessible for evaluation in the future.

In our opinion, the importance of the collaboration with Karl Aage Rasmussen cannot be overestimated, and it has shown itself in various aspects: Concert Copenhagen’s exceptional Baroque musicians have been faced with challenges which did cause some raised eyebrows and surprise, but which have nevertheless led to musical and technical development that could not have taken place in any other way; Concerto Copenhagen has broken with habitual ideas and expectations in the Danish artistic and cultural landscape; and finally, Concerto Copenhagen has helped create a completely new form of artistic expression, one that has not been seen and heard before, neither Denmark nor internationally, which means that the project has also helped create new relations between performers and audiences.

Therefore, on behalf of Concerto Copenhagen, it's with joy and proudness that I invite you to enter this soundscape which is the result of our collaboration with Karl Aage Rasmussen.

Concerto Copenhagen wish to thank Garrison Church and its staff