Christina Åstrand's album Romance brings together a personal selection of rarely heard items from the classical Danish repertoire for violin. In the decades around the turn of the 20th century, the violin enjoyed a star moment of its own as the 'singing' instrument par excellence. Under the direction of Jukka Iisakkila, Christina Åstrand and the Turku Philharmonic Orchestra prove to be ideal interpreters of this kind of music, poised between charm and soulfulness. 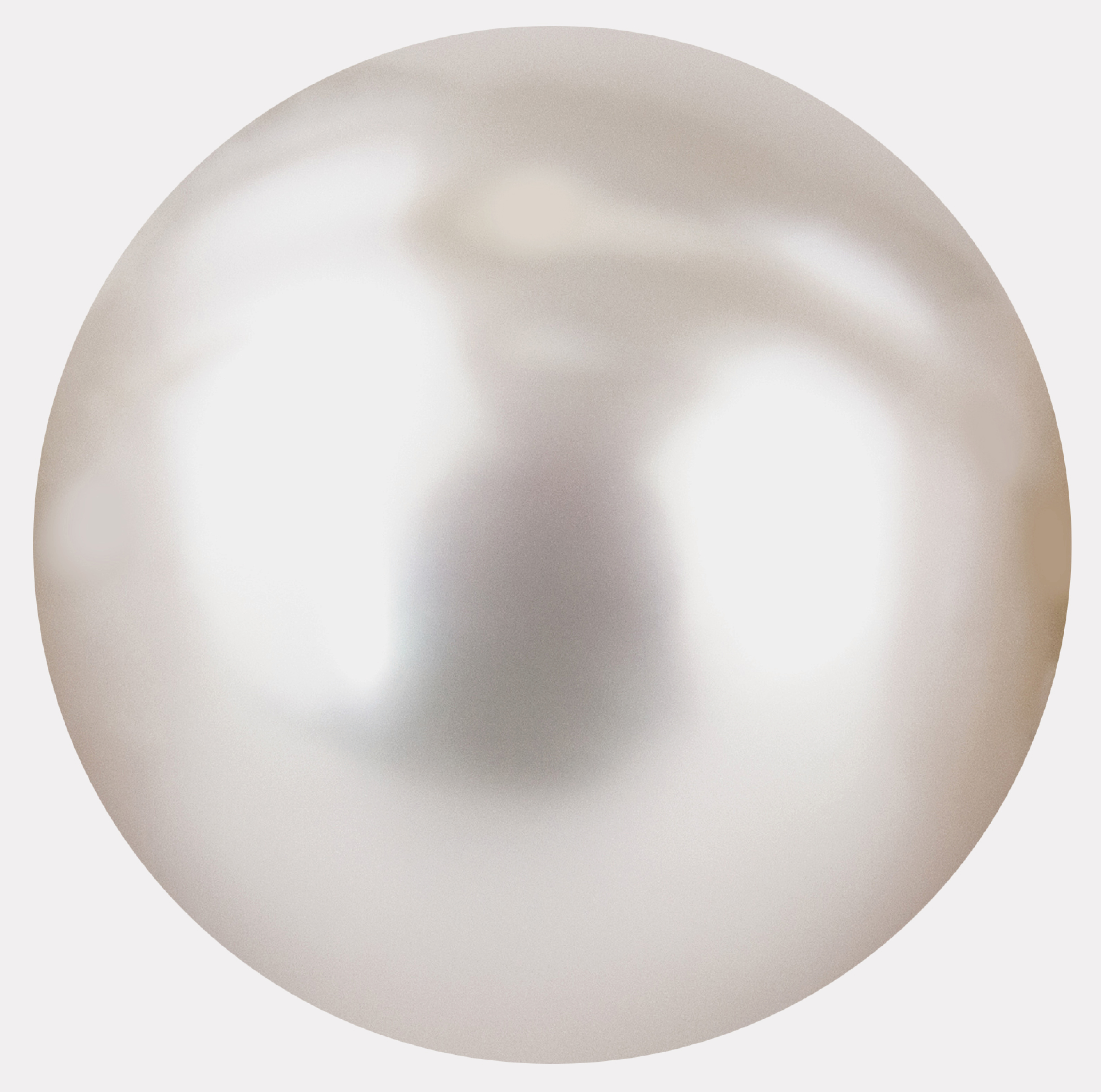 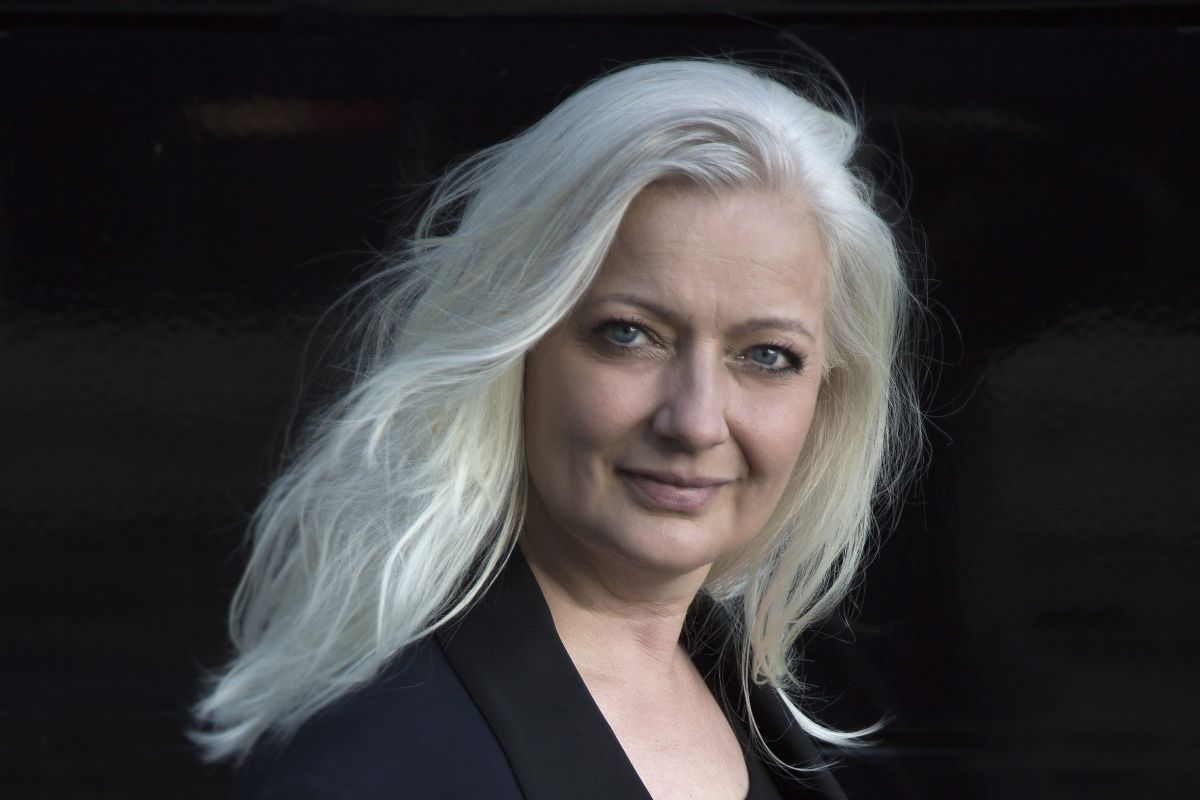 With heart and soul

Violin!
Thou eternal, quivering, singing soul,
tuned in harmony with mine!
Thine is a world of gently flowing tears
And radiant smiles!
Of thoughts that crowd,
Of hearts that long,
Of memories full of pain!

In 1900, the Danish author Jenny Blicher-Clausen used these lyrical words to describe the nature of the violin. In her verse drama Violin, she used the instrument as a symbol of the heart, for the period around the turn of the century saw the violin fully emerge with all its heart and soul. It was the era that in French is called the belle époque, where an ornate beauty and a warm fullness of emotion were at the core of art. And here the violin had an unforgettable moment as the singing instrument par excellence. Countless composers wrote the most beautiful melodies for the violin to play, and the violin also took on musical genres that had previously been the domain of the human voice. The romance, initially used in connection with poetry and lieder that emulated folk songs, now also became a violin genre. The violin could similarly sing a berceuse (lullaby) and a barcarole (a Venetian boat song).

In Denmark, several composers created a marvellous repertoire of short, melodic pieces for the violin. The Danish violin works contributed their own accent, often a little introverted and sometimes with influences from Nordic folk music, all the more poignant when the violin touches us simply and sincerely with its ‘eternal, quivering, singing soul.’

The album begins and ends with two slightly longer pieces. Otto Malling wrote his ­Koncertfantasi (Concerto Fantasy) in 1885. With its lengthy format, it is a perfect cross between a concerto and a romance. Typical of Malling, a technically brilliant composer, the design is crystal clear and elegant, so the music presents itself in a lovely way. The work falls into three parts, which develop from an introverted, Nordic folk tune into an extroverted, Mediterranean tarantella. The theme of the middle section is in the ‘Norwegian style’, a feature that was very popular in Danish music at the time, and which Malling used in several of his works.

Otto Malling’s oeuvre falls into clear periods, and in the 1880s he wrote his orchestral works, including a symphony and a piano concerto. The Koncert­fantasi was given its first performance in Copenhagen in 1884 by the prominent violinist Anton Svendsen with Malling as the conductor. Otto Malling was so popu­lar that he received a storm of applause when he walked onto the stage, and the piece’s mixture of Nordic tones, ­classical clarity and attractive, sensual colours was an instant success with the audience.

Peter Erasmus Lange-Müller had a special status in Danish musical life. Loved and admired for his songs and piano pieces, he reached all Danish musical homes, whereas his ambitions to succeed with his larger works caused him to suffer much agony. His Romance for violin, however, beautifully unites the two sides with its irresistible melodiousness in the warm embrace of the orchestra. The first performance of the romance was given in Copenhagen in 1899 by Axel Gade (son of the composer Niels W. Gade) and was conducted by Victor Bendix. The audience applauded so ­enthusiastically that the piece was immediately repeated as an encore.

Lange-Müller was a heart-and-soul romantic, and in the early 1900s, he chose to stop composing rather than fighting the changes that were about to bring the romantic era to an end. For him, music was ‘a world where all dissonances are resolved in harmony, where all strife and unrest end in peace and rest, where the scattered is gathered, where hardness is melted, where the dead come to life, where ­heaviness takes flight.’

Several of the leading ­Danish composers around the turn of the century came from the countryside before moving to Copenhagen and having their lives ­transformed in the only Danish city with symphony orchestras and an ­opera house. ­Ludolf Nielsen grew up on a farm in the south of ­Zealand, and by the age of 8 he was already a fiddler at local festive occasions. At the age of 16, he travelled to Copenhagen, and in about 1900 he made a name for himself as a viola player, conductor and composer. His earliest works are characterised by national romanticism, which he renewed originally, for example in the moving Romance for ­violin (1908), a piece that meant very much to him. The Romance has a modal main theme, which, in historicising style, is inspired by medieval folk songs. The Berceuse written in 1905 was dedicated to Denmark’s most famous musician of the time, the violinist Fini Henriques, and is probably inspired by Henriques’ own luscious compositions. In the middle section, Ludolf Nielsen inserts a section in naivistic folk style – not only as an effect, but as a reminiscence of his own past: the little boy who once played at harvest celebrations in the barn now found himself at the centre of a completely different kind of ­musical culture.

Ludolf Nielsen was a very private man, and after a deep crisis during World War I, he preferred a quiet life outside the big city, where he could compose in peace, tend his rose garden and linger by the sea view.

August Enna was the son of a shoemaker on the island of ­Lolland. The father’s workshop went bankrupt, and the family joined the stream of people from the provinces who moved to the capital to look for work. As a teenager, August was almost obsessed with music. He became a violinist in a touring theatre and began to compose. In 1892, he had a sensational breakthrough with the opera The Witch, which was performed throughout Europe, and for the rest of his life, opera was his main occupation. But the violin remained his speaking voice. In 1896 he wrote a violin concerto and in 1898 his ­Romance and ­Barcarole.

The Romance is a clear expression of Enna’s great melodic talent and ability to construct a lyrical form. Here the masterful opera composer gives the violin a great aria to sing. The delicate and coquettish Barcarole in rowing 6/8 time was Enna’s bid at another type of character piece, which had been employed by Mendelssohn and ­Chopin, among others. In Enna’s case, the Italian barcarole had a particular reference to his own roots, his paternal grandfather having immigrated from Italy to ­Denmark. The Danish audience regarded August Enna as an exotic part of Danish musical life and believed that his special expressive abilities were due to his Italian ­ancestry.

Carl Nielsen, who became a national hero during his lifetime and has been Denmark’s best-known composer ever since, was another village boy who came to Copen­hagen. He secured a post as a violinist in the Royal Danish Orchestra and for several years had a parallel career as an orchestral musician and as a composer. He composed a violin concerto and two violin sonatas but was never active as a soloist. On the other hand, he liked playing ­chamber music, and he performed his Fantasistykker (Fantasy Pieces), Op. 2 on the violin with his friend and mentor Victor Bendix on the piano at a social gathering in 1890. The pieces were actually written for oboe and piano. Still, the potential as violin music was evident, and in c. 1891 the Czech-German violinist Hans Sitt, professor at the Conservatoire in Leipzig, made an arrangement for violin and orchestra of the first of the pieces, the Romance. Sitt was a very talented orchestrator, who also made the well-known orchestral version of Grieg’s ­Norwegian Dances, Op. 35.

Although Carl Nielsen’s Roman­ce is an early piece, it already showed his melodic distinctiveness, which fluctuates mysteriously between major and minor. The 1890s saw ‘the breakthrough of the soul’ in Danish art, and the romance is somewhat bluesy in an introverted style, but Carl Nielsen’s distinctive dissonances have an utterly ­personal vitality.

Louis Glass came from a family of musicians in Copenhagen. He was at the time considered Carl Nielsen’s opposite and at times his rival. Glass was an extremely knowledgeable, technically skilled and tasteful composer, who was inspired in his early years by late foreign romanticism, which was otherwise not well known in Denmark. The wonder is that his impressive oeuvre, his six symphonies in particular, sunk into oblivion after his death and have begun to be rediscovered only in recent decades.

Glass’s beautiful Romance for ­violin and orchestra is an arrangement he made of the second movement of his Violin Sonata No. 2, Op. 29 (1904). It has a high-flown, religious attitude, combined with a Nordic folk tune, the theme’s first three tones being a phrase from Norwegian folk music, which also serves as the main motif in Grieg’s Piano Concerto. The orchestration in Glass’s Romance is, typically for him, very exquisitely handled, for example, in the delicate use of the bass clarinet.

The most important person in 19th-century Danish music, Niels W. Gade, began as a violinist in the Royal Danish Orchestra. Like Carl Nielsen, he never had a solo career but preferred to spend all his time composing and conducting. His breakthrough came after the ­success of his overture Echoes from Ossian and Mendelssohn’s first performance of Gade’s Symphony No. 1 in 1843. Gade settled in Leipzig and became Music Director there before returning to Copenhagen in 1848.

Gade’s own violin works include a violin concerto, three violin sonatas and the brilliant and very ­energetic Capriccio – a commissioned piece, written for the Saxon king’s silver wedding in Dresden in 1878. ‘I have written it as violinistically as possible,’ Gade wrote. ‘It falls into three sections, a humorous section in A minor, a singable, expressive section in F major, then back to the first A minor, and then a coda in A major, gentle and sensitive at the beginning and capricious and brilliant at the end.’

Gade was given such short notice to compose the piece that he could not manage to orchestrate it himself. His own version is therefore for violin and piano, while his good friend, the North German composer Carl Reinecke, who lived in Denmark for a while, made the orchestral ­version. The Capriccio was later played by Joseph Joachim, who had been Gade’s violin pupil at the Conservatoire in Leipzig.

The Danish romances for violin have slumbered for many years, primarily because romantic music as such experienced a violent decline in Denmark during long periods of the 20th century. But a single piece from the same culture has survived without problems throughout the years – and it was written by a Norwegian. Johan Svendsen from Norway lived and worked in Copenhagen for the last 27 years of his life and, as the principal conductor of the Royal Danish Orchestra, was the leading conductor in Denmark. As a composer, he, unfortunately, stopped writing quite early on. The Romance for violin of 1881 was one of his last pieces. He composed it in just two days, and his publisher, who smelled gold, immediately paid a lump sum for the rights to the work. This proved to be a poor deal for Svendsen because the Romance became by far his most frequently performed composition, and even today it is the most famous violin romance from the Nordic countries. But, as this album shows, it was far from the only one from a time when the violin sang like never before or since.