The challenge of the etude has intrigued and inspired composers from Bach and Chopin on: can music designed to improve technique hold its own aesthetic value? Pianist Christina Bjørkøe has an inspired answer to that question. She commissioned twelve sets of animal etudes, each from a different composer and here presents the charming, evocative and very useful musical menagerie that resulted. From flea to hippo, beginner to professional, there is something for everyone. 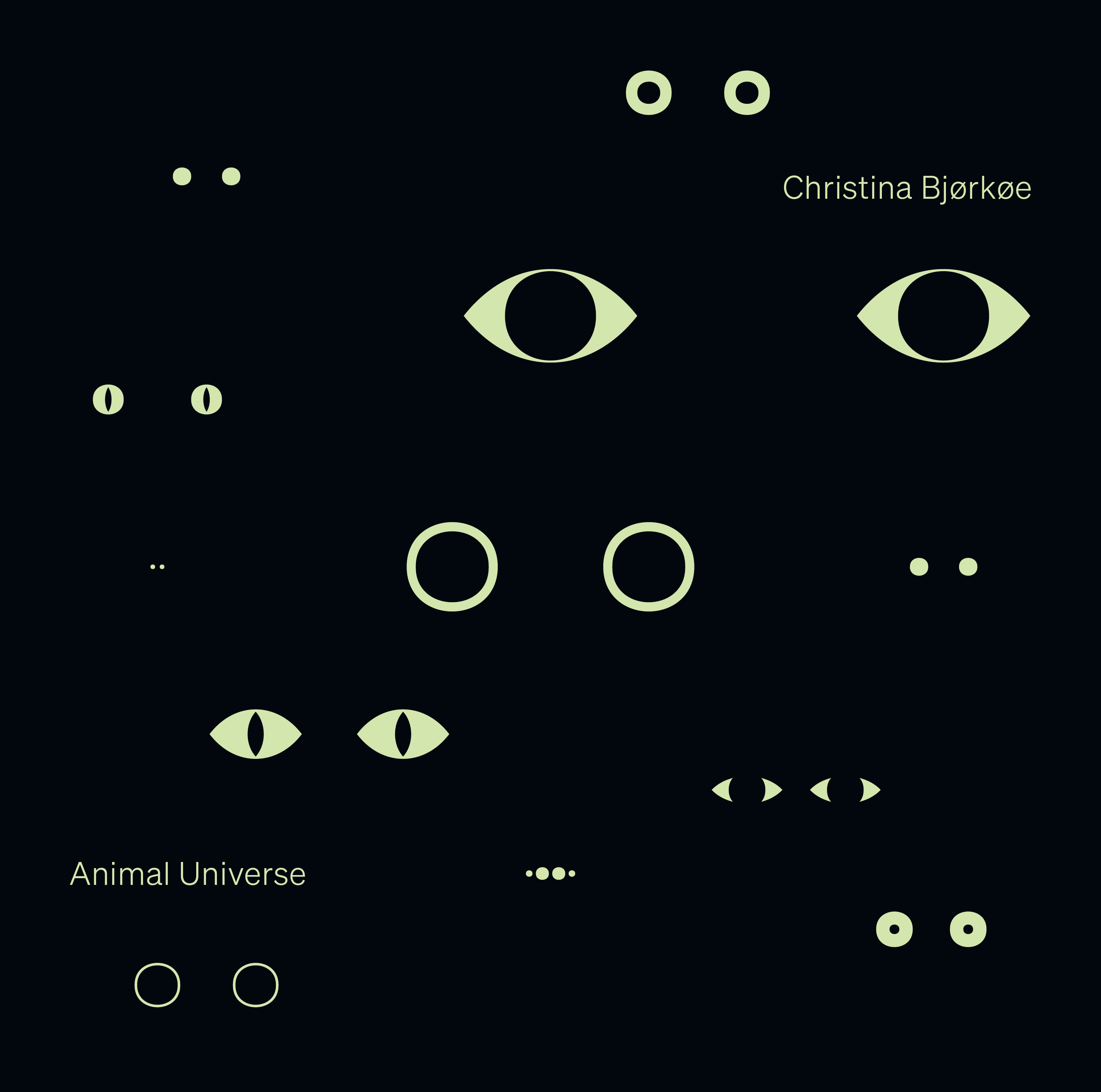 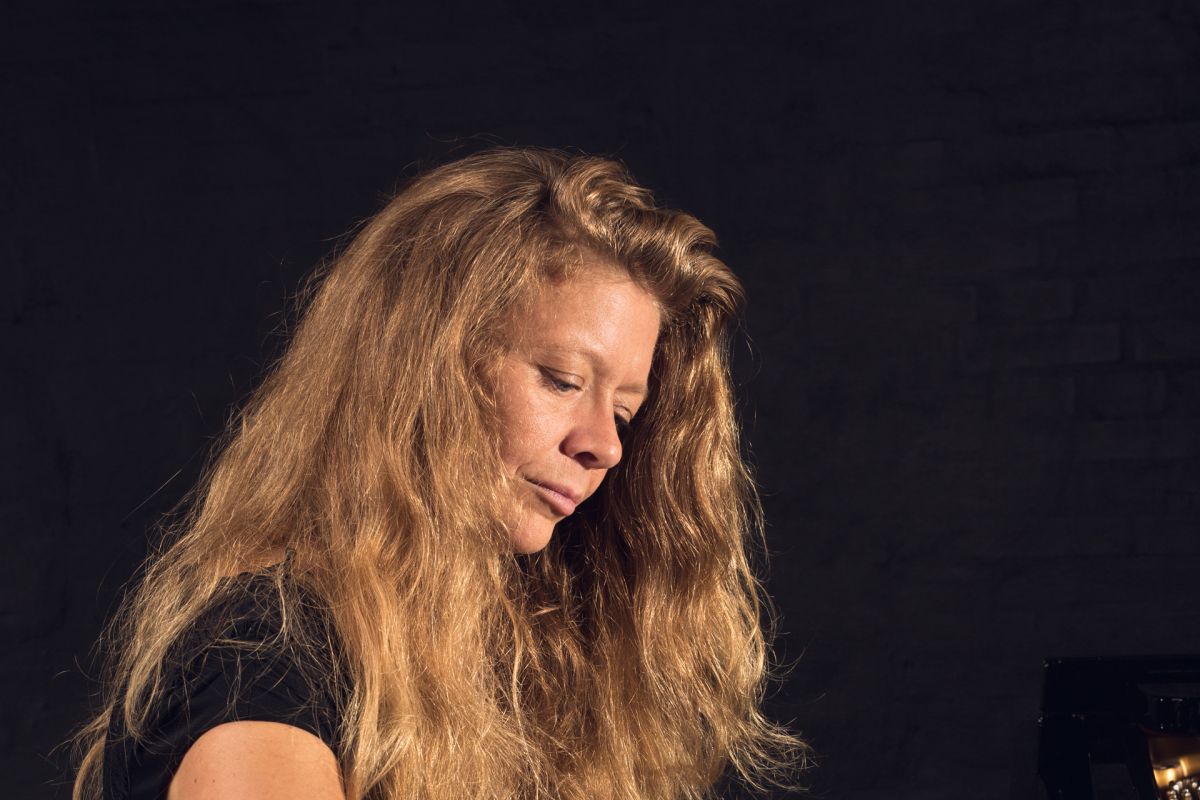 Why has the etude proved such a durable musical form? Maybe because of the challenge, irresistible to composers, of finding aesthetically pleasing solutions to varied technical propositions. The history of the etude can be described as a long, slow dance between those two parameters. The form started out as the simple ‘study’ of its title, many piano students in particular growing all-too-familiar with the dry technical exercises of Muzio Clementi and others. Chopin is credited with reimagining the etude as a technical workout capable of plumbing the deepest expressions. But Bach had surely been there before, writing whole volumes of works that were etudes in all but name.

The etude flourishes in modern-day Denmark, a country whose composers have traditionally relished the challenge of writing music within strict criteria, who have long been keen to extend their creativity by tempering it with systems, series or ascetic design features. That process has delivered music of extreme focus while also heightening imagination, clarity and power.

The set of 12 etudes that make up Animal Universe takes the idea a step further by employing a universal expressive component. How best to give a piece of music with technical focus and pedagogic intent a clear expressive component and an immediate sense of fun? By commissioning etudes associated with particular animals, that’s how. It was an inspired idea, and another with roots extending deep into musical history.

‘It has always been a dream of mine to commission piano works from Danish composers’, writes the pianist and pedagogue Christina Bjørkøe in the preface to the set of 12 etudes she ordered from as many composers in the last years of the 2010s. ‘Suddenly the idea arrived to commission a cycle of piano etudes using animals as a common theme’. The works were conceived partly for her piano students at the Danish National Academy of Music on the island of Funen.

Each etude is conceived in three movements according to a design scheme laid down by Bjørkøe: a ‘Concert etude’ is combined with what she describes as two ‘younger siblings – a light etude for intermediate students and a very simple etude for beginners’. Bjørkøe’s conservatoire colleague Mogens Christensen was her first sounding board for the project and one of the composers commissioned. ‘By connecting the etudes to an animal, they also gained a stronger poetic content that both children and adults have the opportunity to relate to’, he writes in his preface to the cycle. In the spirit of sets of etudes down musical history, the idea meant potentially disparate works by twelve different composers might also be bound more tightly together. As a result, Christensen says, the work ‘became much more coherent than we had dreamed’.

The door to the menagerie is opened with the humble short-legged omnivore that is the badger, brought to life by of one of Denmark’s great music polymaths, Anders Koppel. The creature’s lumbering gait, hugging the ground, is heard in the low registers of the first etude, a short journey in the form of a long cadence. The spirit of Mozart, Gershwin and more blow through the second, while the third flops down to rest after a ragtime based on the material of the first.

Clear narrative and direct communication have always been hallmarks of the music of Anders Nordentoft. He gives us his spider straight. First it creeps around in groups of three notes that suggest the three syllables of the Danish for spider, ‘edd-er-kop’, growing in energy. The second etude depicts the spider spinning his web and the third shows the arachnid as the master of his creation, steely and all-seeing as the music spreads out from the middle to occupy the entire keyboard.

As well as being one of the pillars of Danish music life, John Frandsen has long proved himself able to wrestle with big themes and forms, often finding intimacy in the context of largesse. As if to provide an evidential metaphor for that summary, Frandsen brings us the biggest animal of this little carnival: the hippopotamus. His set consists simply of three versions of the same piece in which the beast lumbers through an ‘Allegro brutale’ requiring increasingly ability and technique of the performer.

Peter Bruun straddles the worlds of popular and classical music. His works have been described as a meeting of Danish New Simplicity with American Minimalism. Both styles are reflected in his first study-portrait of a frog, ‘Tænksom frø tar springet’ (Thoughtful frog takes a leap). In ‘Tænksom frø og forsigtig fugl’ (Thoughtful frog and careful bird) and ‘Frygtsom frø falder’ (Fearful frog falls), the same base harmonic material – ending in an ambiguous oscillation between major and minor – is made more elaborate and expressive. There are blue notes in the central etude and rhapsodic gestures in the last.

Eva Noer Kondrup ’s images of a seal glisten like the amphibian’s wet fur, using the piano’s keyboard and pedals to create an impressionistic image of the animal, far off and perhaps even mythical. The music’s merging of playfulness with thoughtfulness and its long resonance are built in from the start. But the set develops. In the second etude, proud little fanfares punctuate the undulating wash of the first. The third alights upon something like a tangible statement before evaporating.

Anders Brødsgaard has long believed in the best music’s capacity to unite the technical and the sensual, which make him a natural choice to write etudes. For his chameleon, he calls on another form: music’s own centuries-old, ‘chameleonic’ tradition of taking a theme and disguising it with variations. The theme is presented in ‘A Day in the Life’: a melody of three notes curling around D, E and F like the reptile’s tongue, and with the Danish children’s song ‘Jeg har fanget mig en myg’ (‘I have caught a mosquito’). Three variations follow as the creature shifts in outward appearance but retains that inner theme. Perhaps we hear its tongue in action in the rapid upwards glissando of the first variation, ‘Landscape. Mother and Baby. Something in the Air’. In the second, ‘Chameleon Love Call’, the theme is hidden in arabesque keyboard patterning. In the third, ‘Chameleon in Paris’, the lounge lizard slips into a melancholy waltz, but he apparently enjoys a quick meal at the end of this trip, too.

Violinist and composer Birgitte Alsted is known for incorporating extra-musical and theatrical elements into her scores. She provides specific instructions for the performance of her three etudes titled Skildpadden drømmer … hvad? (The turtle dreams … what?). Like Frandsen, Alsted writes three versions of the same music, increasing in technical difficulty. The pianist is asked to ‘crawl onto the stage, sit down, sink a little, more and more, falling asleep…?’ before waiting five seconds at the end of the piece before crawling off again. The music itself creeps slowly, but remains purposeful and circumspect. In each etude, the turtle is more prone to awaken suddenly with a spurt of energy – apparently enough for him to climb a mountain in the third.

Hollywood-born composer Andy Pape, now a naturalized Dane, brings his own brand of ironic wit to Loxodóntula (Little elephant), three studies in tone colour and rhythmic precision. The trudging rhythmic pattern and the melody above it are both developed in parallel in the three etudes, in which the little-big creature appears to mature in physical ability and mental fantasy. The baby elephant grows into its body and mind, learning what it can do.

The crystalline lucidity that so frequently marks out Karsten Fundal’s music of varying styles is a central feature of his depiction of the migrating bird. Uniting all three etudes is a strophic song of four lines, used once more as a subject for variation. First the bird’s song is spelt out with an accompaniment in counterpoint, like a valedictory bar room ballad. In the second etude, where the pianist must master hand crossing, we hear the song laden with the extra sadness of murky chords. Finally the song spreads its quasi-improvisatory wings with blossoming figurations that take flight in the third etude.

The Iranian composer Amir Mayhar Tafreshipour, who was a student in Esbjerg before continuing his studies in London, writes music that aspires to ‘reach around continents’. His choice of animal, the Persian cheetah, reflects his heritage. The first etude, ‘En lille gepard er født’ (A small cheetah is born), is a lullaby built of hesitant quadruped steps. In the next, the cheetah experiences its first hunt while the third advances both musical technique and narrative, taking a step back to reflect on this endangered species’ fraught interaction with humanity and the very real prospect of extinction.

In keeping with his reputation for combining fantasy and logic, Mogens Christensen finds an inspired solution for the focused depiction of a hopping flea: the pianist uses only thumbs. In ‘Hoppe-loppe’ (Jumping flea), the thumbs act mostly in exchange, hocketing the melody between themselves. ‘Loppetjans’ (Flea job), the second etude, increases the skill required considerably by having the thumbs play together in parallel. In the third, ‘Loppedans’ (Flea dance), the idea of exchange between the two thumbs returns, but now all the faster.

The jazz pianist and composer Erik Ørum von Spreckelsen sits with Christina Bjørkøe on the faculty of the Danish National Academy of Music. His subject is the sanderling, the arctic breeding wading bird. The score for his first etude is semi-improvised, setting up a basic motivic backdrop from which the pianist is instructed to ‘make your own small melodic statements in and out of the basic motif’. The more rhapsodic second etude is fully spelt-out but its rhapsodic style feels similarly improvisatory, its motif emerging in the right hand from the swirling patterns of the left. The third etude glides, dips and soars, the bird drunk on its own freedom.

All works were written with support from the Danish Arts Foundation

Dacapo Records acknowledge, with gratitude, the support of Augustinus Fonden and Solistforeningen af 1921

This release has been made in cooperation with the Danish National Academy of Music, Odense