This release delivers the thrill of discovery when Jakob Davidsen and company take the listener away from safe, conventional paths into a striking genre-hopping adventure. It’s a sombre tale, based on selected texts by William Shakespeare, Ursula Andkjær Olsen and Ole Sarvig but ones that Davidsen imbues with gentle intimacy and vibrant colours. 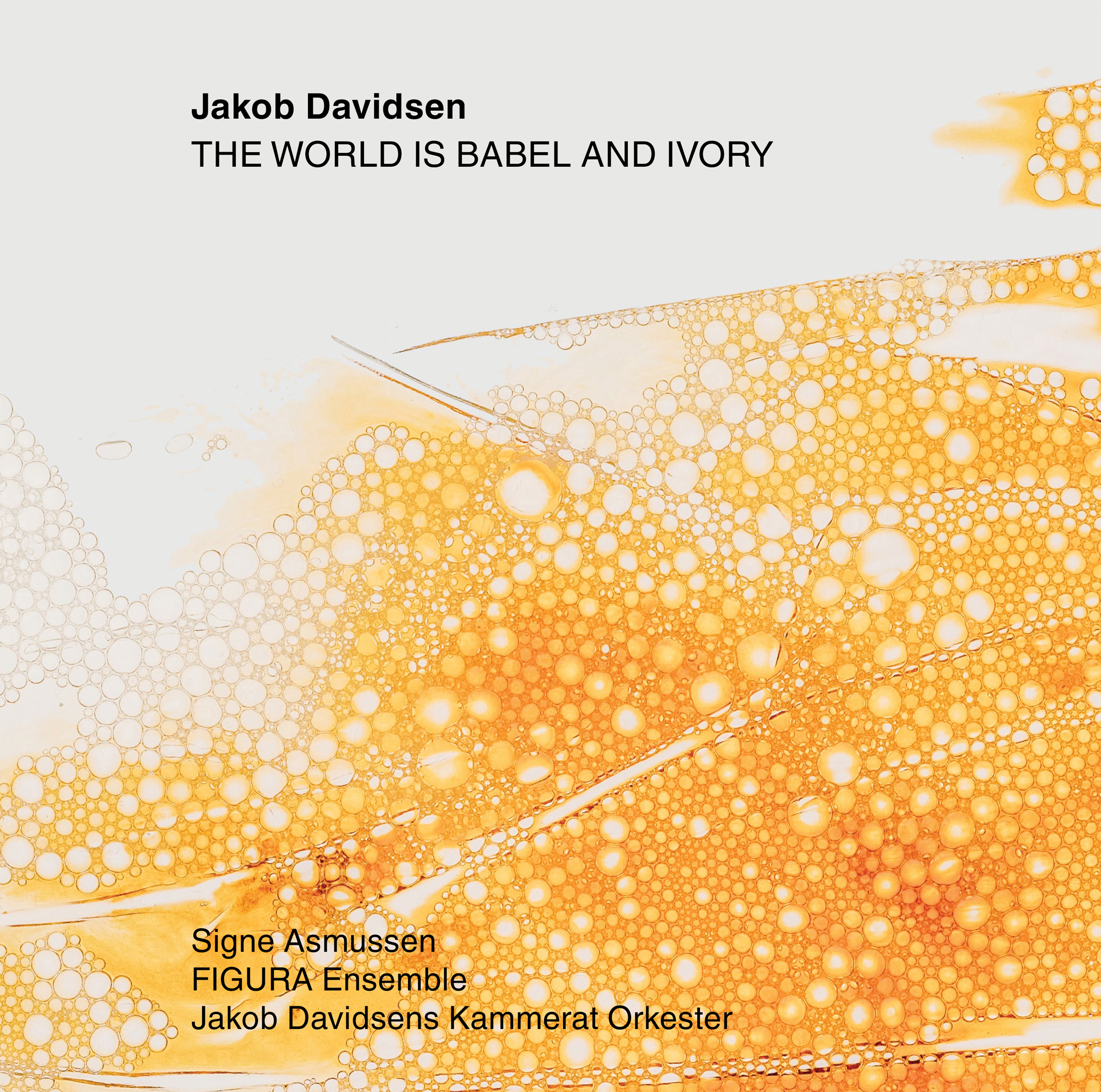 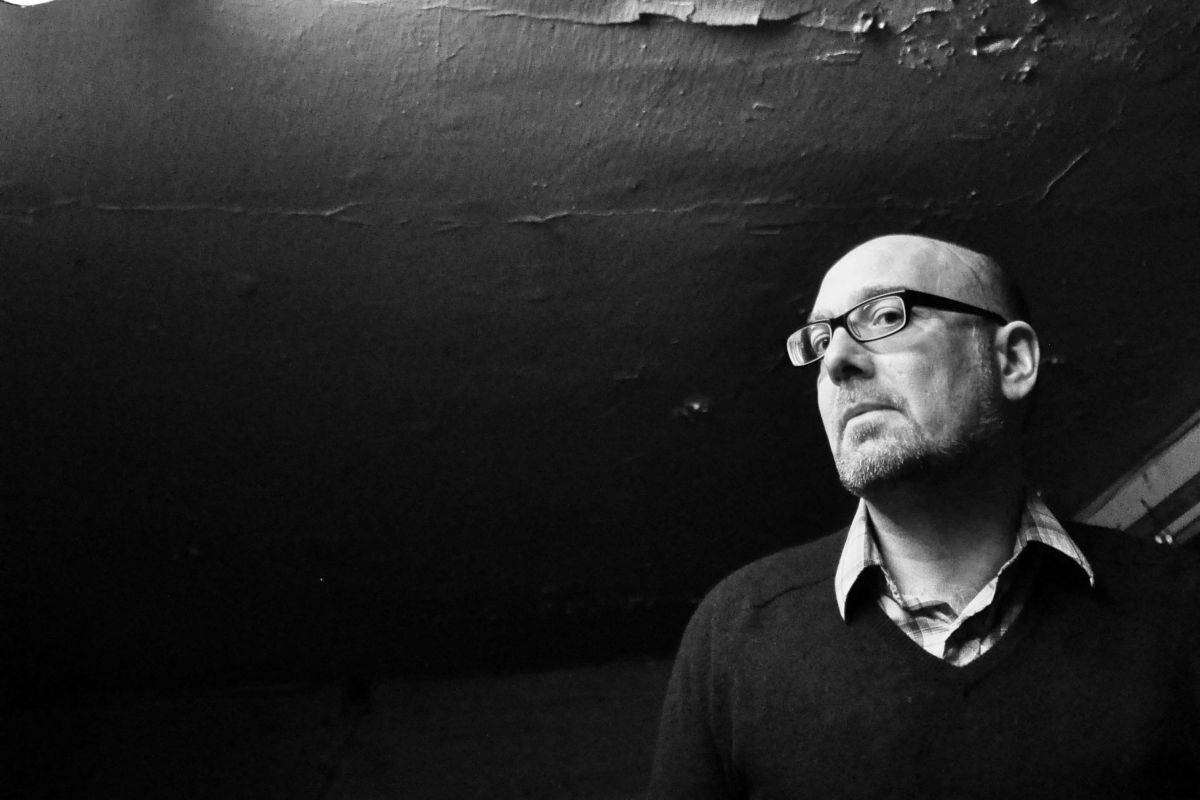 The Small Details in the Vast Cosmos

With the composer and pianist Jakob Davidsen as your travel guide, the listener on THE WORLD IS BABEL AND IVORY is invited to experience the great in the small, the near in the far, man in cosmos. In one of the Old Testament psalms, we find the mind-dizzying lines: ‘When I consider thy heavens, the work of thy fingers, the moon and the stars, which thou hast ordained; What is man, that thou art mindful of him? and the son of man, that thou visitest him?’ It’s an astonishing perspective, the subsidiary themes of which – power­lessness, vulnerability, and love – also ring like small bells in the texts by William Shakespeare, Ursula Andkjær Olsen, and Ole Sarvig. On this release, they are given a unique musical interpretation by Jakob Davidsens Kammerat Orkester and FIGURA Ensemble in a fused symbiosis.

Jakob Davidsen is wide-ranging as a musician and a composer. He came originally from the young Danish jazz environment of the 1990s, but early on defined himself as a composer and studied composition under such teachers as Bo Holten and Niels Marthinsen. He also has considerable experience as a church organist. If one listens to his recordings over the years, one will notice how the music shifts from a Nordic, jazz- and fusion-influenced type to an increasingly chamber-musical style, and at the same time how his mode of expression matures and becomes focused. Davidsen’s music displays supreme craftsmanship that always communicates precisely without any extremist forms of expression, yet always challengingly and with a wry, inquisitive view of existence. He is neither avant-garde nor a traditionalist, balancing on his tightropes of a stringent awareness of form, melodic humour and sensitivity.

In His Own Way
In Davidsen’s music one can traces influences from J.S. Bach, Claude Debussy, Igor Stravinsky, Carl Nielsen, Per Nørgård and, not least, Olivier Messiaen. There are also hints of Jørgen Jersild, although this is not conscious on Davidsen’s part. It’s difficult to compare him with anyone – there is a touch of ‘I did it my way’ about his music. Davidsen also has a keen sense of the collective in his work with his fixed ensembles and as someone who is preoccupied with the common fate of humanity. His ingenious compositions often deal with the mysteries of existence and with contrasting enigmas. It’s hardly surprising that he is attracted by texts by B.S. ­Ingemann, Paulus, Ole Sarvig, and Italo Calvino.

‘In terms of sound, I have delved deeper than ever,’ Davidsen explains concerning THE WORLD IS BABEL AND IVORY. ‘In many ways, the music is a summing-up and refining of my compositional work over the past twenty years. I am increasingly distancing myself from special compositional techniques and writing what I hear. And that is perhaps something increasingly lacking from present-day music: creating music by ear. A great deal of conceptual music is being written, which in itself there is nothing wrong with, but I no longer have that need. I’m quite happy to rely on my ears.’

If one moves backwards to such releases as The Crossover Ensemble (1996), Helios Suite (2000) and Kammerat Orkester (2011), there are works inspired by Nørgård’s infinity series and Messiaen’s scales and harmonic colours. ‘I’ve lots of things in my luggage, but today I primarily compose as myself.’ Davidsen differs from many other composers in his coupling of score music and improvisation. This is a practice particularly associated with Third Stream tendencies in the 20th century, with exponents such as Gunther Schuller, Chick Corea, Terje Rypdal, Markus Stockhausen, Louis Sclavis, and Maria Schneider. In Denmark, one can find it in Finn Savery and Palle Mikkelborg among others, but in recent times it’s most consistently practised by Jakob Davidsen.

For the Musicians
But one ought to bear in mind that improvisation was once common practice in classical music, and that such figures as Bach, Beethoven, Chopin, Liszt, Schumann and Mendelssohn also mastered such improvisational techniques as improvised fugues, cadenzas and freely formed fantasias as well as ornamentations. But improvisation slid into the background during the transition from court culture to bourgeois music culture at the end of the 19th century. The work became solely supreme, fixed in the score as a graphic representation of the composer’s ideas down to the tiniest detail. Davidsen, however, links up with the notion that musicians play a co-creative role in the work. He also personally stresses his special relation to his Kammerat Orkester, and in recent years, also to FIGURA Ensemble:

‘I know what the musicians are capable of, and the most important thing is their ability to create music. It may then be a challenge to get the instruments of the ensemble to sound right together, but the most important thing is what the persons in the orchestra can contribute. In a way, it’s a bit like Duke Ellington, who wrote extremely directly for his musicians. For the same reason, it is extremely difficult to replace people in Kammerat Orkester and FIGURA Ensemble. It’s not just a question of reading a score but also of under­standing each other in the musical situation. I have previously never experienced being so well understood as a composer, although we come from somewhat different places. There is a form of naturalness in our collaboration. And in the musician environment, things are not as separate as they sometimes appear to be.’

This conception is confirmed by the bass player Jesper Egelund, who, back in 1993, was among the founders of FIGURA Ensemble, which is one of the more unusual classical chamber ensembles in Denmark – one that dares to play works and enter into contexts that cut across genres and forms of artistic expression: ‘Over the past few years, a greater openness has arisen in the classic­al world, even though there are still some simplistic ideas that jazz equals improvisation, whereas classical music is written down. But it’s also exciting to use one’s instrument in that way. When one looks at Jakob Davidsen’s scores, they seem at first sight to be simple, but are extremely well thought out – it feels good to be in the music. He has clear ideas, but there is also room for something free. I see him as being extremely sound-focused, which is why his music works so well.’

Both
The release comprises three new compositions, the main emphasis being on the suite THE WORLD IS BABEL AND IVORY, a musical staging of a cycle of texts from Ursula Andkjær Olsen’s collection of poems Det 3. årtusindes hjerte (Third-Millennium Heart, 2012). This composition – regarded by Davidsen as a principal work – is encircled by a prologue, the Shakespeare quotation Cruel to Be Kind from Hamlet (1603), and an epilogue, the Sarvig poem Nærmere (Closer) from the collection Grønne digte (Green Poems, 1943).

The release opens abruptly and effectively: closely packed blows on keyboard and wind instruments, rhythmic and dissonant figures in Cruel to Be Kind. Soon, however, a flow of the gentle and lyrical is added, and Jakob Munck contributes with an improvised trombone solo that has a twinkle in its eye. The elements collide in the music and place the Shakespeare quotation in relief. Davidsen explains: ‘To me, this is a statement about opposites, the gentle as opposed to the brutal. Water can be gentle and brutal at the same time. The sun is life-giving but can also be our death-sentence. There is a duality between which one has to navigate as a human being.’

The ensembles also serve something of a shock start to THE WORLD IS BABEL AND IVORY. Davidsen’s flair for pithiness and the exploitation of detail runs true to form. I Can Imagine You, however, finds a quiet, reflective mood with a fixed pulse and the wind instruments in colouring roles, but nothing is self-evident until the final note has faded away.

The six movements have their own distinctive identities that nevertheless are inter‑­connected, just as the poems intertwine with small repetitions or turns of phrase that establish links. That the disc ended up with that title is due to the strong dualism of the statement: ‘The world is precisely both – a large, confusing community and our own little exclusive ivory tower. We are a part of the world, and the world is a part of us. Ursula Andkjær Olsen manages to combine what is close with what is large and abstract in her poetry. I also attempt to work with this in the music,’ the composer says.

Abnormally Bitter
In Worlds of Glass there is a small speaking I-figure who acts and attempts to create order in the vast cosmos, using a skewed, lively waltz as the primus motor, one that happens to be somewhat reminiscent of Ernst Krenek’s Waltz from his collection Eight Pieces, op. 110 (1946).

A mistier musical mood is established in The Way, with the strange transformational text about the I‑figure who transforms herself into God in the life-giving moment of breastfeeding. Then comes the title poem THE WORLD IS BABEL AND IVORY with its distinctive staccato rhythms arranged to fit the syllables of the words, but also a beautiful passage in which the clarinettist Peter Fuglsang supplies a solo with touches of blues and an oriental feel à la Duke Ellington and Juan Tizol.

Perhaps the most beautiful moment on the disc comes in the warm masterpiece You Are My, a poignantly fine staging of the profound interconnectedness between mother and child during pregnancy, a feeling that also contains the fear of death.

First and foremost, however, the listener is embraced by the music with floating sounds, playful piano, clarinet, and wordless song. Until the moment when Signe Asmussen, with the dry precision of an actor, brings us back to sober reality with the warning: ‘My urine has smelled abnormally bitter the last few days’. The ending of the work happens with Babylonian confusion in All Rise, where music and words bubble over like a pot on the boil.

As a conclusion, Closer steps out on the ice, with caution at first. Then a sizzling sound: Signe Asmussen's voice, which soon intones the text of Sarvig about the star, twinkling high up as in a dream, a bonfire on the far shores of the sky. Davidsen’s music gives the words clothes, a vignette of wondering human melody, warm woodwind sound, bow strokes, and a ­bell-­ringing ­piano.

There are musical and poetic dream-visions at work here, evoked so vibrantly and dynamically by the musicians of Kammerat Orkester and FIGURA Ensemble, and with a special cadeau to Signe Asmussen as a highly present song-interpreter. Jakob Davidsen was been active for a long time, but it is perhaps now time for even more people to open their eyes and ears up for the composer and his music, which remarkably points both inwards and outwards.