The two composers J.G.W. Palschau (c. 1741-1815) and J.A.P. Schulz (1747-1800) started their musical careers as child prodigies. They were both influenced by the great J.S. Bach and each transformed his own musical vision into original works, unfortunately mainly forgotten by posterity. This release features the only two harpsichord concertos (from 1771) that Palschau ever composed, and Schulz' solo pieces Six diverses pièces pour le Clavecin ou le Piano Forte (from 1778). The works were composed in a period of transition for instrumental music with inspiration from both Bach and Mozart. 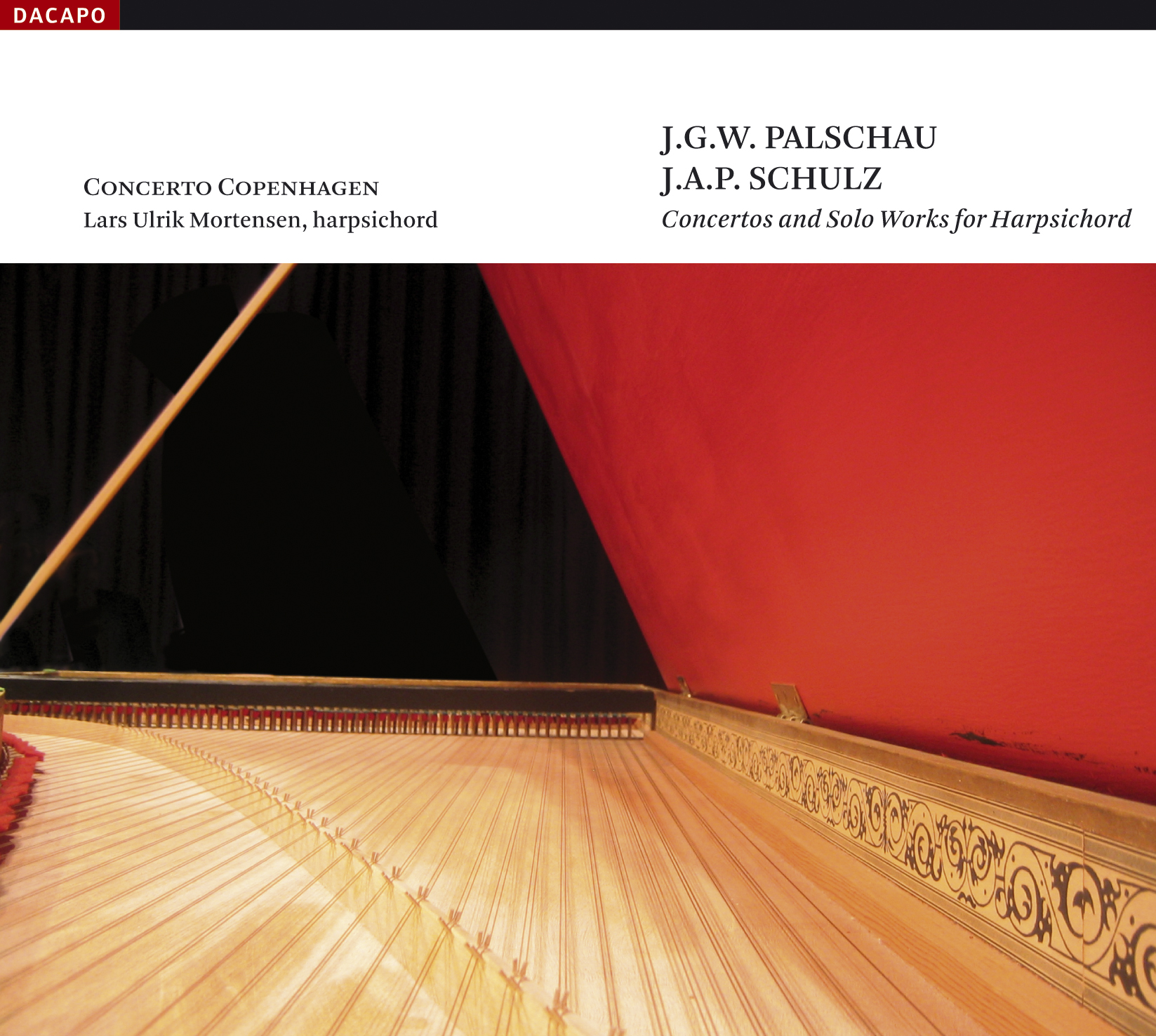 In the latest edition of Grove's large, universally acknowledged music encyclopedia we can read that his son Johann Gottfried Wilhelm was born in Copenhagen, and that 21st December 1741 was registered as the date of his birth or perhaps rather of his baptism. The date is probably more accurate than the place, considering that his father is said to be newly-arrived in the Danish capital in 1747, and we find no trace of the baptism in the Copenhagen parish registers of the time. However this may be, the son showed an early talent for music and his father seems to have seen the possibility of a career for him as a travelling child prodigy; but at the same time he was hampered by having to take care of four other children and a not-too-well-paid job in Copenhagen. In 1756 he took the unusual step of complaining directly to the King over still not having become a paid Court Violinist, since - as he wrote - he did not know where he could find the money to advance the career of his son with the gifts granted to him by God\\.

In 1768, according to the newspaper Adresseavisen, he was back in Copenhagen: \\It is hereby announced that on Wednesday the 21st of September, at the concert hall of the Musical Society in Raadhusstræde, a concert will be played by the young Palschau, who after nine years of travel abroad will be honoured to entertain the public. The music to be performed consists of two harpsichord concerts, two soprano arias, one duet and several other good things. The tickets cost 4 Danish Marks and can be obtained every forenoon and afternoon from him at his lodgings on Østergade next to His Excellency Count Ahlefelt.\\

The composer's contemporaries were already aware of the Bach-like features. In a detailed review in Allgemeine deutsche Bibliothek for 1779 one could read not only that the six pieces \\are among the best piano pieces of our time\\, but also that some of the music was in the manner of Bach and not unworthy of him. However, we should probably consider that the reviewer presumably knew that the very young Schulz, at the recommendation of the above-mentioned son of Bach, Carl Philipp Emanuel, had received most of his formal musical training in Berlin from Johann Philipp Kirnberger (1721-1783), who had himself been a pupil of the great Bach.