Axel Borup-Jørgensen (1924-2012) was a composer of details. Throughout his life he took a deep interest in sounds in all their complexity, fusing mixtures of rhythms, notes and timbres into totalities built up from minute details with perfectionist sensibility. However, even in his seemingly most fragmented works, the music is poetically grounded and Romantic in its expressiveness. This world premiere recording of four key works by Borup-Jørgensen combines two leading Danish ensembles, Århus Sinfonietta and Ars Nova Copenhagen. 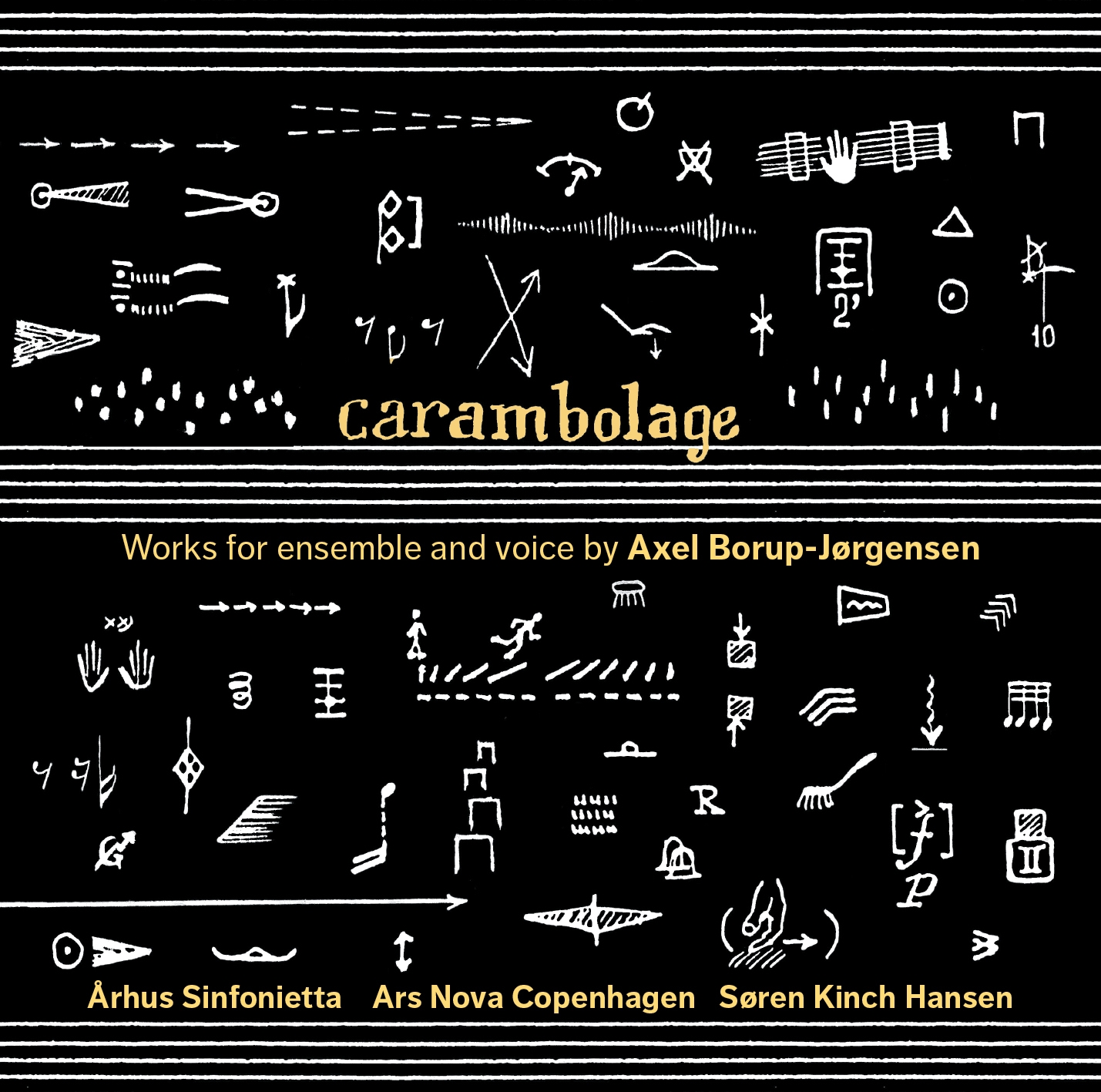 Sound fully illuminated and up close

Axel Borup-Jørgensen (1924-2012) was the composer of details. With his perfectionist sensibility he composed by separating the elements of the music into atoms and re-assembling them by means of subtle intuition. Throughout his life he took an interest in sounds in all their complexity, where mixtures of rhythms, notes, timbres and types of attack fused together in totalities built up from minute details. He was perhaps a modernist, indeed an early example of the type in the Danish context, but many of his ideals in the works are highly traditional. Even in the works that are fragmented and formulated as a series of points of impact, the music is poetically grounded and Romantic in its expres­siveness.

Today his nature-evoking works still tower up in the landscape as some of the most consistent, richly detailed pieces that orchestras have had in their hands – for example his masterpiece Marin, written between 1963 and 1970.

Unlike the Romantic composers, he did not formulate the feeling of nature or subjective impressions of nature. He tried to reproduce nature itself in music with all the details that struck his senses, with a wealth of instrumental voices, each its own little detail of the natural phenomena. This is music without centre or hierarchy, where parts entangle and unravel among one another like the branches of a root network, exactly as natural phenomena are built up of small inseparable parts, each of which contributes a piece to the puzzle.

Pocket Oratorio from 1965 is not nature description, yet it resembles it. Here Borup-Jørgensen sets music to the German poet Rainer Maria Rilke’s short, very dark poem ‘Schlußstück’ (Endpiece) about the presence of death in life:

Death is great.
We are His
of the wide grin.
When we feel in the midst of life,
He dares to weep for us
deep within.

The work is really just this text sung and recited by a choir a single time. But the words are almost unrecognizable, torn apart into bits of syllables or single letters and sung in dramatic flickers by the choir separated into many voices and supple­men­ted by piano, harpsichord and percussion. Instead of being able to understand the words of the text – let alone the individual lines – you get a musico-dramatic interpretation of the text. The choir and the instruments split into a multitude of branchings, so no one can grasp the soundscape in all its details. But all the bran­ches point in the same direction.

As blocks of sound they form whole phrases that constantly settle into the same mood-picture. The listener can zoom out a little from the music and experience a totality that is both detailed and mobile, but at the same time is quite simple in all its dramatic gravity.

Winterelegie, written in 1966-68, is a major work in Axel Borup-Jørgensen’s oeuvre. With its point of departure in Brueghel’s gloomy winter picture, ‘The Return of the Hunters’ and in two poems by the German Romantic Friedrich Hölderlin the music develops from whispering and searching to extremely expres­sive atmospheres which according to the composer’s own comments on the work are images of the poet’s own madness. You feel this clearly. In the same way as in Pocket Oratorio, the music is delicate and detailed in its fragmentary structure. But in Winter­elegie the sound of the configu­ration of song and chamber ensemble is also quite transparent, spaced through with long pauses between the individual sections, so the listener can experience each small passage with complete clarity. It is winter in the music, and the cold is clearly felt.

There is a before and after Marin in Axel Borup-Jørgensen’s music. Around 1970 the music becomes more fluid in its progression – unlike the highly expressive filigree-like style of the 1960s. Carambo­lage from 1979-80 is for piano (and elec­tronic organ), electric guitar and percussion. It may well be that the style is different from before, but the depth of detail is intact. The wish to form precise sounds already becomes evident on the first page of the music, where Borup-Jørgensen has added a long, long succession of special markings of the devices he uses in the music, and which require an explanation for the musicians: how the pianist is to differentiate among the number of fingernails he is to brush across the keys; where exactly on the bridge of the guitar the guitarist is to knock; or how the percussionist is to let the stick lie on a drum skin after striking it. You are in no doubt that the music has been imagined or heard before being written down – and that in some places there is very little scope for the musician’s personality to be expressed.

The result in Carambolage is music that slowly and simply makes its way forward among the three musicians. Without any clear beginning, middle or ending, the three performers open up a universe of sounds which do in fact make logical sense as a succession – but which do not form a true dramatic sequence. There is a kind of equa­lity or balance in the music that makes you think of the mobile of visual art, suspended and turning and constantly appearing in new positions, although the figure remains the same.

The narrative element becomes quite central in Coast of Sirens from 1985, where a tape with several tracks of women’s voices is embedded in the delicate sounds of a chamber ensemble. The description of nature, the poetic ideas and a musical story as foundation all fuse together in this work, in which the sporano voice of Bodil Gümoes in multiple layers (on a recording also used for the first performance in 1985) serves as the imaginary centre of the music. As Axel Borup-Jørgensen himself once described this very relationship in a note on the work: “In remote times on foreign shores one heard the Sirens sing – Odysseus listened to them, tied to the mast in order not to be lured to death by drowning. Perhaps we can hear them everywhere by the sea where their voices can be made out in the wind and the roar of the surf or in the storm and the ­turbulent sea.”

Recorded in Mariendal Church and The Concert Hall Aarhus on 20 and 22 January 2014 (Pocket Oratorio); at Værket, Randers, on 24-25 May 2014 (Winterelegie); at The Concert Hall Aarhus on 26-27 June 2014 (Carambolage) and at The Academy of Music in Odense on 8 November 2014 (Coast of Sirens)
Recording producer, editing, mix and mastering: Preben Iwan