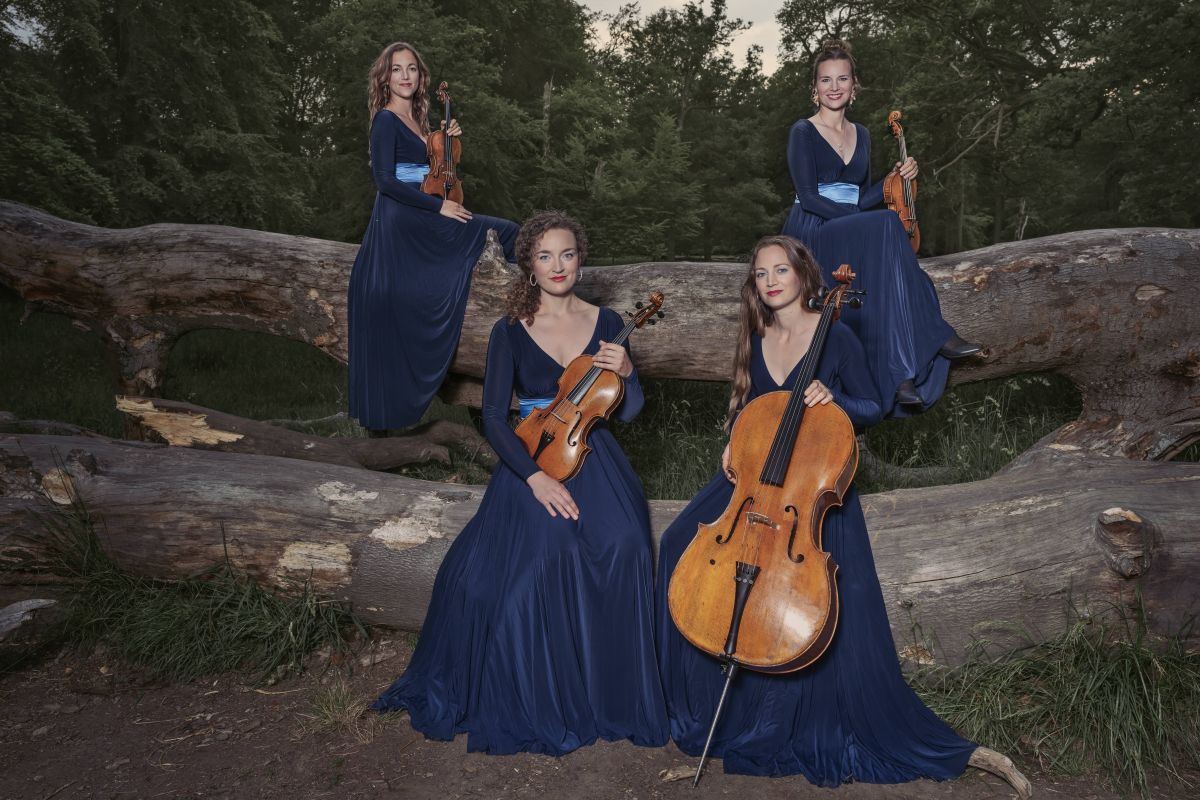 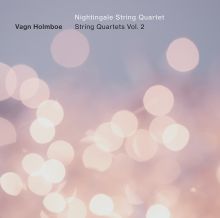 Nightingale String Quartet is based in Copenhagen and is made up of Gunvor Sihm and Josefine Dalsgaard, violins, Marie Louise Broholt Jensen, viola, and Louisa Schwab, cello. All the members of Nightingale String Quartet studied at the Royal Danish Academy of Music in Copenhagen, where Professor Tim Frederiksen has been their faithful mentor ever since the Quartet was founded in 2007.

Nightingale String Quartet has won prizes at several national and international chamber music competitions, and in 2010 the quartet received DR P2’s Talentpris for ‘with ardent passion, irresistible zest and infectious sensitivity to each other’s playing to have succeeded in making the classical string quartet come vibrantly alive – so that the music speaks directly and strongly to both new and seasoned listeners’. In 2011, the quartet received the Léonie Sonning Talent Prize, Jacob Gades Legat and the Storkøbenhavnske Odd Fellow Logers Legat. In 2013, Nightingale String Quartet was soloist with the Tivoli Symphony Orchestra in connection with the awarding of Musikanmelderringens Kunstnerpris (the Music Reviewers’ Artist Prize), and in 2014 – as the first ensemble ever – the quartet received Gramophone’s ‘Young Artist of the Year Award’.

Apart from considerable concert activity in Denmark, Nightingale String Quartet has toured various countries including Brazil, Britain, the Netherlands, China, Russia, Sweden, South Africa, Germany, and the US. The quartet had its debut at the Wigmore Hall in London in January 2014.

The series comprising all of Rued Langgaard’s string quartets (released on Dacapo Records) caused Nightingale String Quartet’s international reputation to rocket, with such marks of distinction as ‘Editor’s Choice’ in both of the world’s leading magazines for classical music, Gramophone and BBC Music Magazine as well as the DR P2 Prisen for ‘Danish Release of the Year’ in 2013 and a Gramophone Award nomination in 2015. In 2017, Nightingale String Quartet received a grant from Carl Nielsen and Anne Marie Carl-Nielsen Foundation, and in 2019 the Quartet was chosen to be the Wilhelm Hansen Ensemble 2020‑22. From 2020-22, Nightingale String Quartet is the permanent house ensemble at the Holmen Church in Copenhagen.

In 2021, the quartet embarked on a colossal project; the recording of Vagn Holmboe’s complete string quartets. The first album in the series received rave reviews and was named ‘Editor’s Choice’ in Gramophone ‘The Nightingale Quartet’s survey of Danish composer Vagn Holmboe’s string quartets couldn’t have a more auspicious start: performed with a gripping sense of drama and caught in richly vivid sound.’

Nightingale String Quartet, in collaboration with the film director Mads Nygaard Hemmingsen, feature in two innovatory music videos which – to the music of Dmitri Shostakovich and Rued Langgaard – change the conception of what classical music is and can do.