Helene Gjerris, Erik Kaltoft, Århus Sinfonietta, Søren Kinch Hansen
There is a humorous quality to Thomas Agerfeldt Olesen's music. The effects used are amusing and the instruments unorthodox – very unorthodox. The form is at once simple and surprising. But even though the music may on the face of it give the impression of merriment, one senses, even in the quirkiest works, that the amusement that seasons the surface is connected with something serious that runs deeper.
Buy album 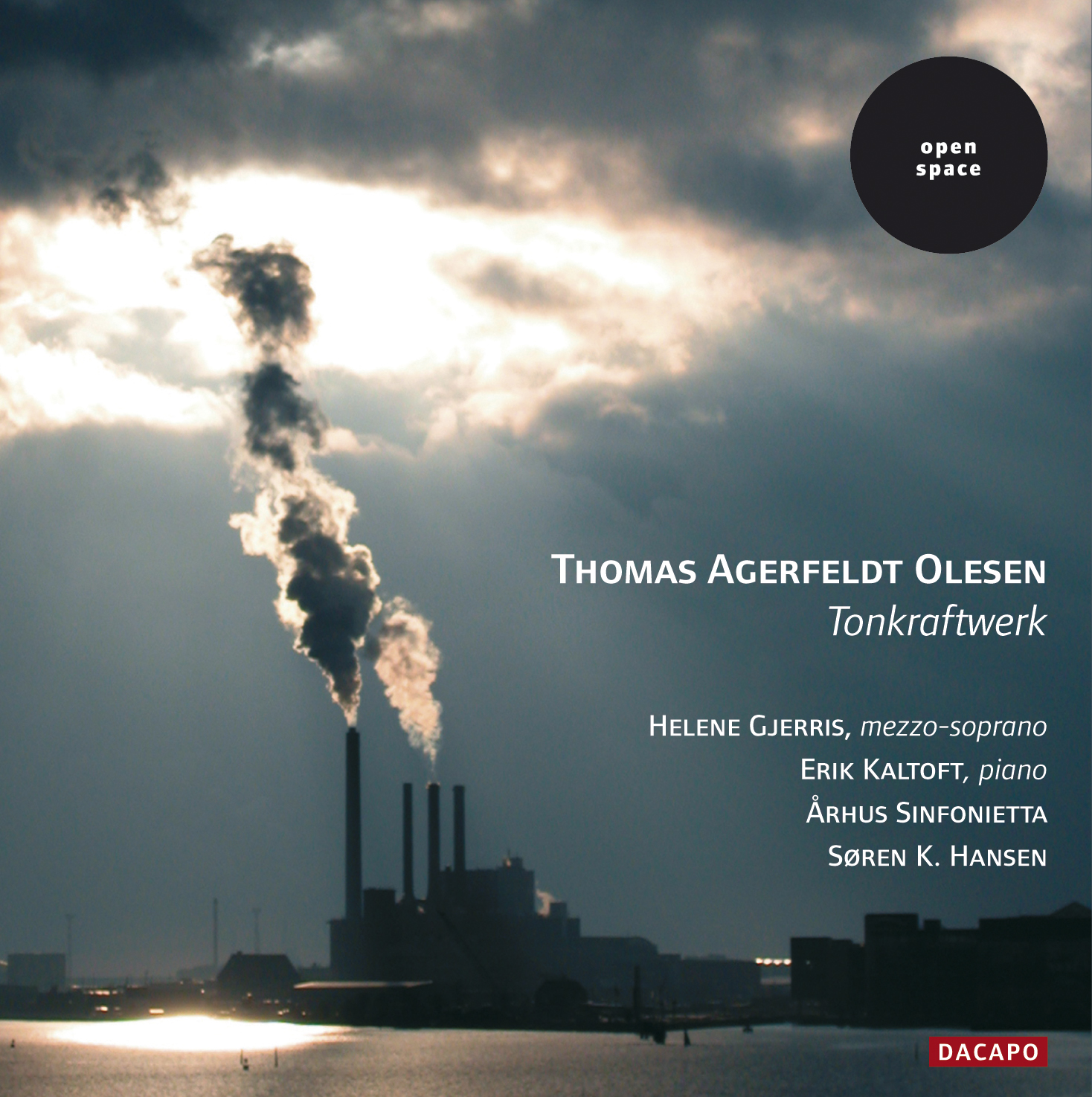 There can be a humorous quality to Thomas Agerfeldt Olesen's music. The effects used can be amusing and the instruments can be highly unorthodox. The form can be both simple and surprising. But although the music may give a superficial impression of merriment, one senses, even in the quirkiest works, that the amusement that seasons the surface is connected with a deeper seriousness. The order of the works recorded here permits us to move gradually down from the amusing surface to the serious depths.

All as One is to be understood as ‘all together' or ‘all with one voice'. But the instruction cannot - thank goodness - be obeyed by the different individuals who make up this musical collectivity. At least not with any happy result. The music is decidedly layered. An intriguing, energetically ticking percussion introduces and is superseded by a minimalistically shimmering string passage. The minimalist flickering moves into the piano part and is transformed into a flowing motion, while the strings plunge into relaxed, Romantic chord changes. The ticking rhythm returns, this time accompanied by a nightingale's call and a plastic bucket instead of the exotic gong of the beginning. Meanwhile the double-bass slinks along contentedly beneath it all.

And so the layers of the music - its individuals - continue to succeed one another. When the layers try to speak with one voice they end up all babbling at once. When the cork pops from the bottle, the most beautiful, chaotic coexistence pours forth. The musical individuals may be altered along the way - may change their clothing. But their coexistence is always pluralistic, interfertilizing - with the exception of the forced, cramped coexistence with whose grotesque realization we are also presented, fortunately interrupted by an indomitable ukulele, which emphasizes the absurdity of the ambition of getting such different beings to act ‘all as one'.

Like All as One, Tonkraftwerk is written for chamber orchestra. But now the instruments work together to manifest one and the same thing, a large, snorting piece of factory machinery which, as it overheats, recalls Chaplin's film classic Modern Times. And there are wonderful details to note along the way, with the piccolo's little crooked cogwheel that careers on squeakily despite the breakdown as just one of them. According to the composer himself, Tonkraftwerk is a piece of music that is exposed in the same way as an electric power station or a chemical factory in the landscape: There are things that are certainly very hard to give a beautiful appearance, so as a rule you don't bother. Instead they just stand there in all their immodest nudity, which in a way is fascinating - they are what they are. Here the concept of embarrassment doesn't exist\.

The third work on the CD is a chamber music piece for piano trio. In a sense the two movements can be compared to character pieces. Each conveys one impression and one only. But whereas the first movement is static, there is a development in the second movement. The piano part in the first movement is an energetic perpetual-motion machine whose uninterrupted up-and-down flow of semiquavers is counterpointed by short, then gradually also longer phrases in the two strings, which because of the frequent use of quartertone intonation give a plaintive impression. The second movement too involves internal two-part motion in the piano texture, which seems imitative, insistent and awkward in its stubborn stamping-on-the-spot. But after a pause where only the harmonics of the strings are heard, something happens. The stamping of the piano part moves to a different level, is intensified and heated to a melting-point from which new development can - perhaps? - be forged.

With its great, energetic, abrupt leaps the first of the Zwei Zwölftontänze recalls the twelve-tone pieces for piano of Arnold Schoenberg and other Central European modernists from the beginning of the twentieth century. But how magnificently the second movement lurches into swinging jazz and - in the end - actually into hectic boogie-woogie! The movement has the title Die Nacht ist kommen, and indeed it is an amusing thought, if probably quite unrealistic, that this is what Schoenberg sat down at the piano and played after working hours. That the twelve-tone technique at all events has meant quite a lot for Thomas Agerfeldt Olesen's development as a composer is emphasized by the way twelve-tone rows in many works, including Tonkraftwerk, are a crucial part of the basic musical material.

The title of Die himmlischen Heerscharen - a very early work from 1996 - evokes winter, Christmas, the firmament, angels, planets and infinity. It is celestial music. The silent sounds of the spheres are conjured up. Stars and planets wink, each in its own orbit. It is a flickering music of sonorities realized by bright woodwinds (flute and clarinet), plucked strings (guitar and harpsichord), celeste (very appropriately) as well as percussion instruments and two strings. Along the way there is drama and development. But the overall impression is static. In the end the music vanishes with the suddenness and speed of a satellite.

Von Schwelle zu Schwelle is a song cycle based on poems by Paul Celan (1920-1970) and a sixteenth-century religious text by Peter Herbert, Die Nacht ist kommen. The songs are written for low mezzo-soprano and piano and make use of a remarkably nuanced style of execution. At one end of the spectrum are passages that are to be realized as \\Sprechgesang\\. Other passages are marked \\Singstimme mit Luft\\ and are to be sung \\with a colouring of air, but not as a whisper\\. Other passages again are accompanied by the instruction \\Throat\\. In these cases the sound is mainly to be formed in the throat and larynx area. Cabaret singing is the desired association. We further note effects that are achieved in the last two songs by means of electronic amplification and treatment of the singing voice. Finally, there are sections that are to be sung with an ordinary singing voice. The nuanced execution once more evokes associations with Central European expressionism and modernism, whose dodecaphonic techniques are an important element in Thomas Agerfeldt Olesen's compositional arsenal.