Storytelling is hardwired into Steingrímur Rohloff’s music. He can sense the profundity of a narrative arc, the power of emotional extremes and the fantastical capabilities of melody and harmony. This digital-only album features Rohloff's Concerto Grosso from 2021, an emotionally acute concertante work, thought to the first of its specification (featuring solo horn, tuba, trombone and trumpet), full of Rohloff's beauty and finesse. 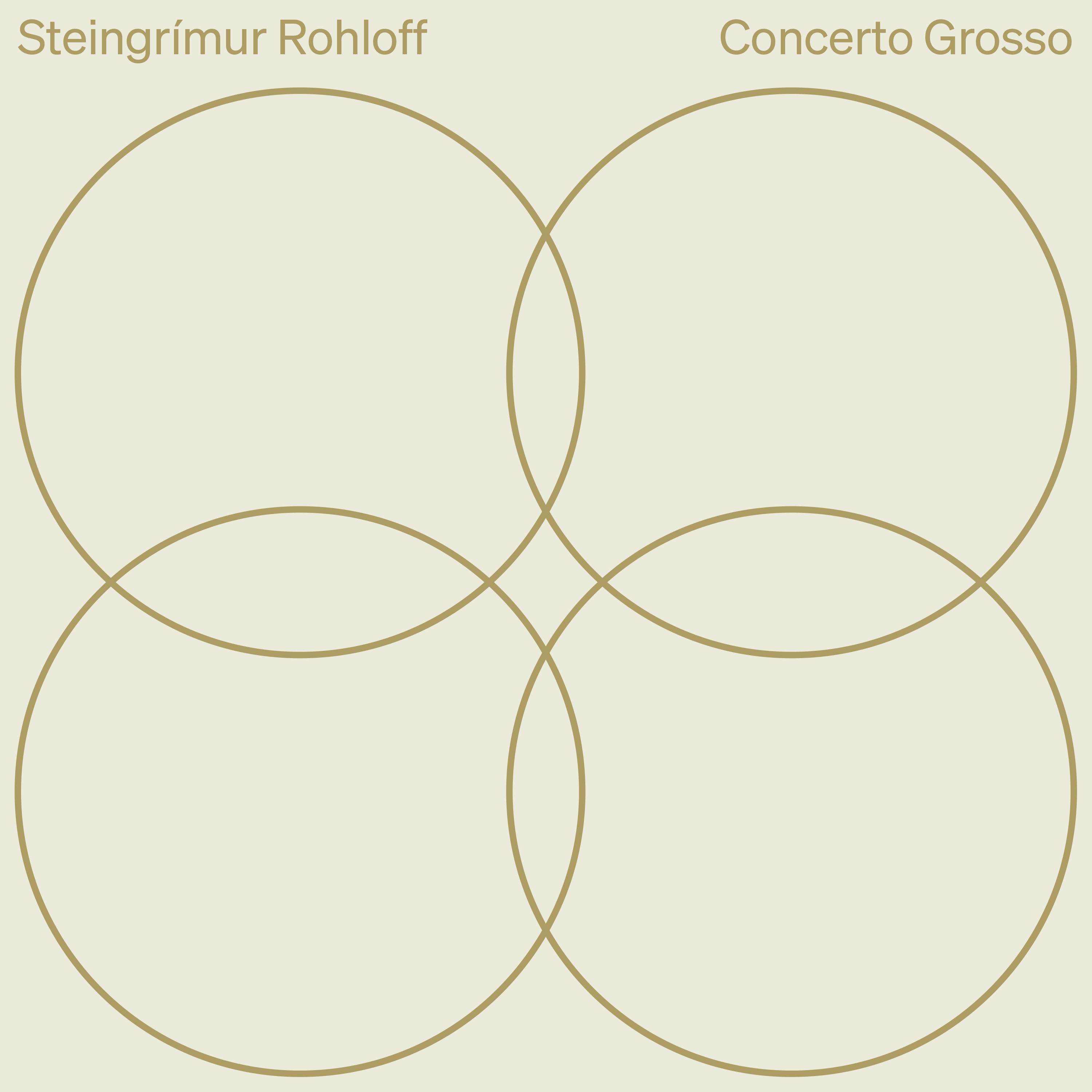 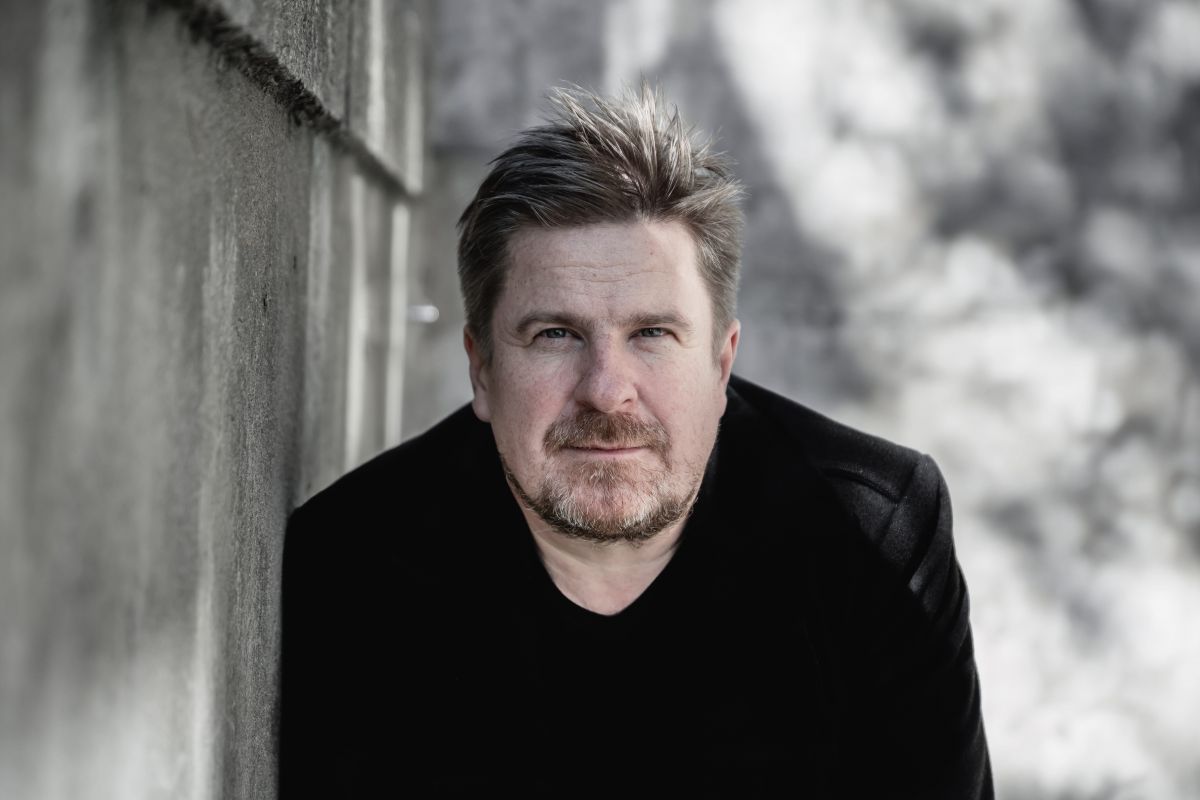 Steingrímur Rohloff (2021) © Niklas Ottander
Steingrímur Rohloff's work comes together harmoniously to appear lyrical and innovative for the four brass instruments
Ole Blegvad, POV International
On the orchestral front, the year could not have got off to a much more agilely loose and sonically vigilant start
Sune Anderberg, SEISMOGRAF
SELECT PREFERRED FORMAT TO DOWNLOAD SINGLE TRACKS.
Total runtime:
27 min.

Blown up and Away

Storytelling is hardwired into Steingrímur Rohloff’s music, whether or not words play a part. He can sense the profundity of a narrative arc, the power of emotional extremes and the fantastical capabilities of melody and harmony. His highly flexible voice may shift expression from piece to piece, but his music’s surface beauty and finesse often conceals deep and sometimes dark explorations of human life.

Rohloff was born in Reykjavík to Icelandic and German parents, and has lived in Denmark since 2003. He studied composition with Krzysztof Meyer at the conservatory in Cologne and later with Marc-André Dalbavie and Gerard Griséy at the Conservatoire National Supérieur de Paris, which led him to courses at IRCAM, the French institute in Paris dedicated to the research of music and sound. In France, Rohloff discovered an appetite for orchestration – convincing himself, at the same time, that the world of harmony was rife with unexplored avenues. ‘I decided that you have to write your own harmonies based on characteristics, expression and implication,’ he says; ‘there is still much more experimentation to be done there.’

Rohloff’s adaptation of Hans Christian Andersen’s Story of a Mother won the 2009 Reumert (a Danish Tony or Olivier Award) for Best Children’s Theatre Production and he has twice been nominated in Reumert’s opera category, leading to a major commission from the Royal Danish Opera. ‘I like extremes and feel drawn to them,’ the composer says.

The words could apply as much to his activity in opera as to his emotionally acute concert works. One of the most spectacular of them to date was unveiled on 17 March 2022, when hornist Stefan Dohr, trombonist Jesper Busk Sørensen, trumpeter Gäbor Tarkövi and tuba player Jens Bjørn-Larsen gave the first performance of Rohloff’s Concerto Grosso (2021) with the Aalborg Symphony Orchestra in the north of Denmark at the city’s Musikkens Hus, conducted by Giordano Bellincampi.

It could only have happened because of what went before that night. Each of the soloists had already taken principal roles in brass concertos by the Danish composer Ole Schmidt (1928–2010), released on Dacapo Records in March 2022. Rohloff’s Concerto Grosso – which came into being largely thanks to Busk Sørensen, a Danish trombonist and member of the Berliner Philharmoniker with Dohr and Tarkövi – was designed to end the concert by uniting all four distinguished soloists in a single work.

The result is thought to be the first concertante work of its specification (featuring solo horn, tuba, trombone and trumpet). Loosely speaking, each solo instrument gets a movement to itself in Rohloff’s score but within the flexible tradition of the Baroque ‘concerto grosso’, whereby dialogue between all solo instruments – and the ‘tutti’ ensemble – pervades the whole work. ‘Each movement may focus on a solo instrument but it is not exclusive,’ Rohloff told Klaus Møller-Jørgensen of the Danish Broadcasting Corporation’s P2 channel on the evening of the premiere; ‘they have relationships – different ways and places through which they can meet.’

Before writing, Rohloff visited the soloists in Berlin to familiarize himself with their style and allow him to tailor his music to it. The idea was to take each of the instruments to their expressive boundaries, while also capturing something of the artistry and spirit of the individual brass players.

Contrary to our clichéd view of soloists and their tendencies towards virtuosic display, Rohloff discovered that among the most remarkable skills offered by these four high-level orchestral musicians was a common ability to play very slowly and quietly. ‘One should never forget how beautifully, quietly and lyrically they can play,’ Rohloff told Møller-Jørgensen. The composer also admitted that working on this concerto was ‘fun from start to finish.’

The first of the four untitled movements – organized traditionally according to a slow–fast–slow–fast pattern – places the tuba centre stage. The music unfolds slowly and with the extreme clarity heard elsewhere in Rohloff’s work. In the foreground the soloist plays long, legato lines that droop and eventually tumble downwards, while other brass linger in the shadows. Eventually the tuba is hauled upwards courtesy of strings in parallel motion and snapped from its slumber by sharp orchestral snarls. With the instrument apparently brought to optimism, we hear its beautiful, plaintive high register.

The second movement leaps into action courtesy of a solo horn in playful mode, fully indulging the instrument’s traditional role as a conveyer of pursuit and sportsmanship (though here, it’s the other brass companions that are caught in pursuit). Fast tempi and high-jinx allow the instrument to display its virtuosity but again, the music gives way to the lyricism that sets up the third movement, a soothing aria for trombone.

Here the solo instrument drapes its song over open harmonies from the orchestra, with bending microtones occasionally smudging the line and the sense of tonality. As the trombone climbs upwards, luminosity floods the orchestra as Rohloff’s use of percussion and harp lend the music a supernatural quality.

That ascent readies our ears for the frolicking finale. Here the trumpet flutter-tongues as it flies around at the top of the orchestra in a sort of aerated blues, either frantic or caught in a blissful rhythmic trance. A series of driving rhythmic thwacks prompt momentary vocalizing from the soloists before a final blast – and a deflating coda.

This digital-only release has been made in cooperation with DR (Danish Broadcasting Corporation).