‘... I gaze upon the vibrant landscape. A storm has raged for three months. It drives me into the dark.’ Egilstrøð and Madsen's alluring symphonic song cycle BEINTA is born of the impossible paradoxes of the human psyche and draws inspiration from the legendary 18th-century femme fatale of the Faroe Islands, Beinta. A figure of great contrasts, she was as untamed and capricious as the fierce nature around her in the small, secluded vicarage in Viðareiði – a place she’s said to haunt to this day. 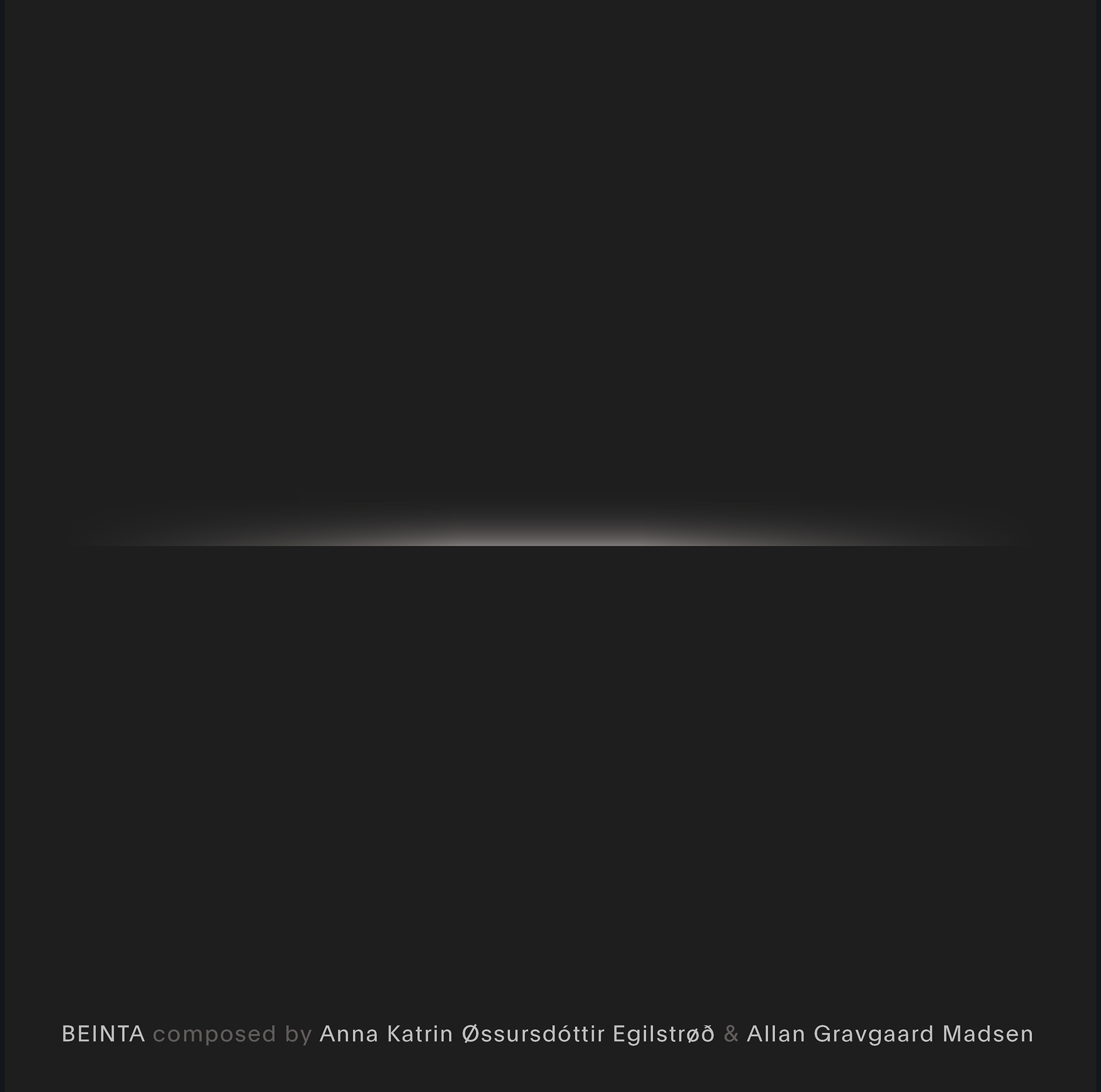 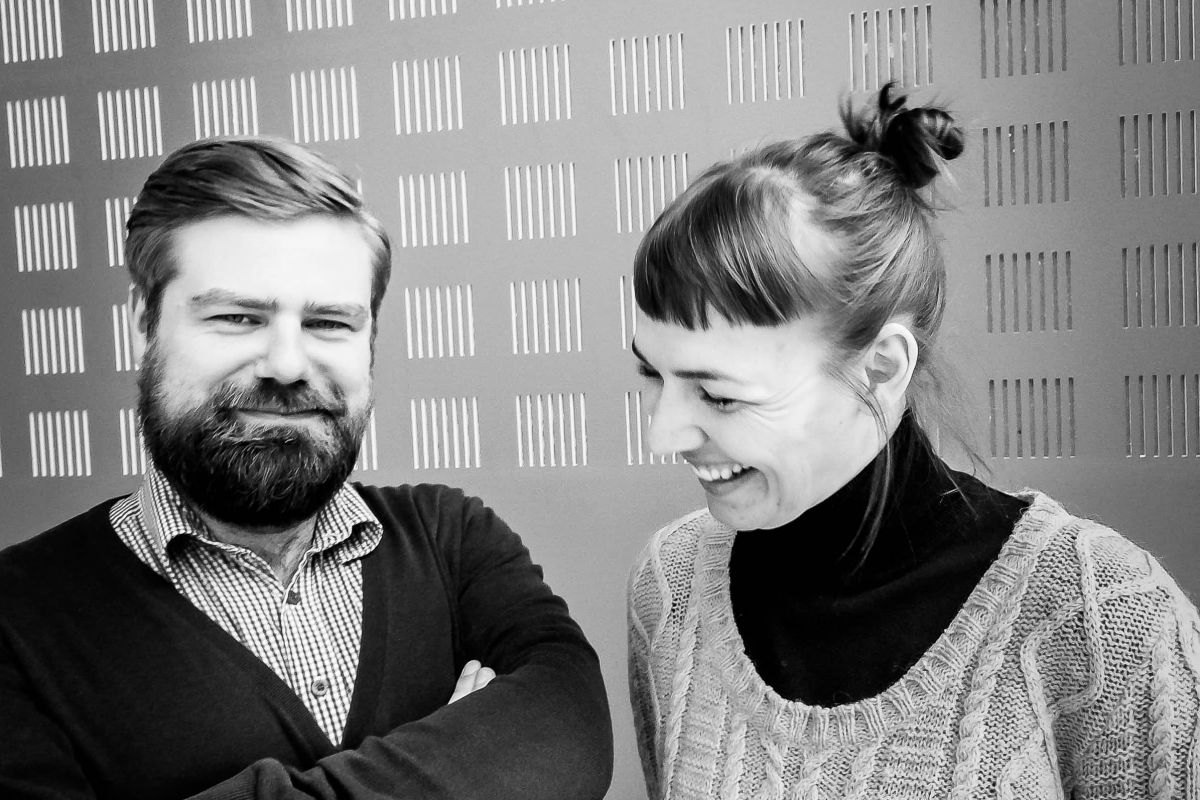 Attend the tale of Beinta Broberg. So dark an aura gathered around this unfortunate seventeenth-century soul that she became known on her native Faroe Islands as ‘Wicked Beinta’. She is said to have married three priests successively, living with the last two in a remote rectory on a North Atlantic cliff. Whatever the truth of Beinta’s existence, it has long been obscured by the subsequent folklore: that the first clergyman died under circumstances not altogether clear, the second went the same way and the third lost his mind.

After years touring the world as a vocalist in the folk-electronica band Valravn, the Faroese singer and composer Egilstrøð decided to take some time-out back home. A childhood friend, now a priest, invited her to stay at the rectory at Viðareiði in the northernmost settlement of the Faroe Islands – the house where Beinta supposedly wreaked her havoc. ‘I got to stay in the room that is said to be Beinta’s,’ says Egilstrøð. ‘It is an old house full of naturally mysterious sounds; sometimes the house got more mysterious than the weather. Perhaps I became haunted by her.’ Beinta left the property for the last time in 1718, though many claim her spirit stayed behind.

‘Of course, I knew the stories surrounding Beinta’, says Egilstrøð, ‘but there is no single “true” story of what happened. She was a strong-willed woman with a mind of her own who would not be consigned to the gender stereotypes of the conservative religious society in which she lived. I think that society reacted to her rebellious spirit by trying to stain her reputation, by casting her out and portraying her as a kind of fallen woman’.

During a five-month stay at the rectory, Egilstrøð experienced a pronounced sense of isolation. She reflected on the idea of a body and mind in transit, edging towards new and unsettling circumstances in which the uncompromising forces of nature could affect the innermost being. ‘Through the window I saw endless sea, cliffs and mountains’, she recalls; ‘even though I’m from the Faroe Islands, I felt like I was at the end of the world’.

A new piece was already forming in Egilstrøð’s mind, catalyzed in part by Beinta-themed conversations with Madsen, her friend and colleague from the Royal Academy of Music in Aarhus. The two composers had wanted to collaborate for some time, and in Beinta they found their subject. ‘We were drawn in by the darkness, the gloom’, says Madsen; ‘the myths of Beinta and their atmosphere were a starting point from which we could plunge into the dark side of the human mind’. The work that followed may take Beinta’s name, but imagines a more multi-layered figure ranging freely across time and space.

The collaboration was nothing if not unorthodox: a single score produced by two composers with different artistic backgrounds. ‘Our musical brains are wired differently’, says Madsen; ‘we each have access to tools the other doesn’t’. Egilstrøð’s extraordinarily expressive voice would provide the starting point for a cycle of seven linked songs scored for orchestra and amplified voice, which she herself would sing. If the vocal line betrays Egilstrøð’s fingerprints and the lucid orchestration reveals Madsen’s, neither element is exclusively the work of one composer. Nor is the persona we encounter clearly defined. The voice sings ‘I’, explains Madsen, but really means ‘we’.

The two composers started by dividing their thoughts into scenes that would come to form each song – ‘rooms that you can go into’. Musically, they sought to create a common language. They held workshops and took advice on instrumental technique courtesy of individual sessions with members of the Aarhus Symphony Orchestra. Specific instructions to musicians prove vital in conjuring up the topography of Faroe Islands themselves, which provide the dramatic context of the piece. ‘I had forgotten how afraid I was of nature before I arrived on the Faroe Islands in August 2015’, says Madsen; ‘the intensity and timelessness of nature there is overwhelming’.

The finished score was first performed on 30 April 2016 by Egilstrøð, the Aarhus Symphony Orchestra and conductor Jesper Nordin, on which occasion it was accompanied by bespoke films shot on location in the Faroe Islands, in black-and-white, by the Faroese duo Rammatik. The cycle’s introspective, veiled songs are couched within a mostly passive-aggressive orchestral landscape, not a roaring and surging ensemble but a brittle, desolate and minutely changeable one. Icy winds blow at the music from the start but are sometimes inaudible, nudging instruments off course, into microtones or glissandi. Despite its wide panoramas, the terrain is more realistic than cinematic, transforming in a moment, like the Faroese weather, from light to dark or benevolent to threatening. The songs are woven simply through terrain, their folk-like melodies imbued with restrained fortitude and hypnotic power. Slowly but surely, we are drawn out of the landscape of the earth and into that of the mind.

Brushes, plastic bags and stringed instruments played with the wood of the bow conjure up the ‘vibrant landscape’ of the first song, which tells of ‘black rocks’, ‘eyes full of ocean’ and of ‘fighting a beast within’. The warmth of diatonic harmony appears fleetingly in the Intermezzo that leads to ‘a drop of time, a pinch of salt’. ‘Ocean gives, ocean takes’, the song tells us, and the orchestra ebbs and heaves underneath, sliding up and down through microtones like the undulating surface of the sea and glistening under various states of light in the Intermezzo that follows.

‘Óró’ speaks of trepidation, the music immobile despite being driven by a hammering piano. When that momentarily drops away, the voice is left dangling as if by the ribbon of the violin solo. ‘She is fighting a body that doesn’t love her and a will that cannot save her’, says Egilstrøð; ‘it’s a struggle: the shadow in her, the fear’. The music’s ferocity returns, only to shatter into glistening splinters that become the crystalline fifth Intermezzo and lead directly into the delicate mirror game of ‘Reflection’. Images ripple through the orchestra in this song; ‘I’m your reflection as you are mine’, sings the voice, but only fragments stare back.

The cold air of ‘Departure’ is summoned by strings played with the wood of the bow. A brass chorale sounds as the voice sings of feeling ‘the cold of wet black rocks’. We start to feel something seismic building in the orchestra. Just before Egilstrøð resolves to ‘decode’, the entire canvas shifts courtesy of a collective modulation upwards. The cold of the opening song embraces the voice once more, perhaps for a final time, as the singer identifies herself with love – what Egilstrøð describes as Beinta’s ‘entire navigation point’. The ocean may have taken her back; she may have glimpsed the solar light of hope. Or both.

Commissioned by AUT (Aarhus Unge Tonekunstnere) in connection with their 50th Anniversary celebration in 2016. First performance by Anna Katrin Øssursdóttir Egilstrøð and Aarhus Symphony ­Orchestra conducted by Jesper Nordin at the SPOT Festival on 30 April 2016 with film elements by Rammatik.