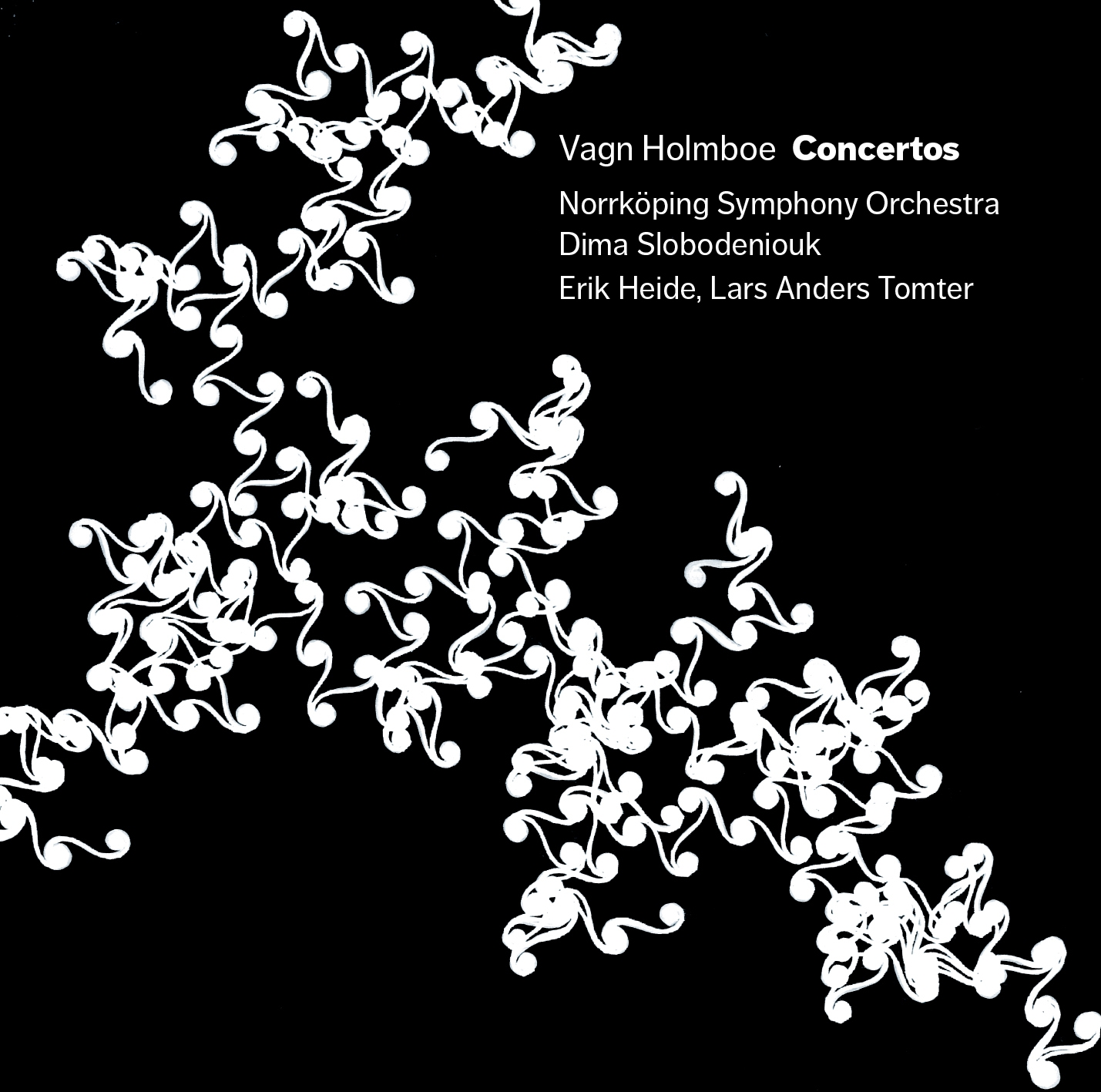 "härlig vitalitet och kraft. Musiken är så elegant, så smittsamt vacker och genialisk att man häpnar.", "Skivan är en superprodukt".
Dima Slobodeniouk, OPUS
"Discs like this, full of music that’s modern but approachable, immaculately crafted and humane, only reinforce Holmboe’s claim to be regarded as one of the major voices in 20th century music." - Artistic Quality: 10. Sound Quality: 10.
David Hurwitz, ClassicsToday.com
"the sheer musicianship of the soloists here is nonpareil."
Barry Forshaw, Classical CD Choice
"A valuable collection of three very different, inventive works from the maverick Danish master"
Guy Weatherall, Classical Music Magazine
"These premiere recordings by some of Scandinavia’s leading string soloists are joined by Holmboe’s Concerto for Orchestra, which has never been performed before."
Lisa Flynn, WFMT (Chicago)
"The ensemble does a first-rate job."
Infodad.com
"Excellent performances, beautifully recorded by Dacapo. Highly recommended!"
Robert Benson, Classicalcdreview.com
"This is high-caliber music, showing the composer as a man of genuine talent and originality. The performances are pristine on all counts with excellent solo dynamics, nicely staged orchestral dramatics and a program that bears close scrutiny."
Grego Applegate Edwards, Gapplegate Classical-Modern Music Review
"Danish orchestral recordings over the past couple of years have been among the best, and this one is no exception!", "By all means take this disc along on your next audio safari."
Bob McQuiston, Classical Lost and Found
"Danish label Dacapo's ongoing Holmboe-fest, a truly fantastic series that stretches back many years and which has yielded more than a dozen albums. This review considers the latest half a dozen."
Byzantion, MusicWeb International
"That this is one of the finest viola concertos ever penned I have not the slightest doubt, and it is thrown off with dazzling virtuosity by Tomter and the Norrkoping Symphony Orchestra under Russian-born, Finnish-resident Dima Slobodeniouk... Ensemble MidtVest's follow-up to their very well-received first chamber music disc is equally impressive." <b>EDITOR'S CHOICE - CRITIC'S CHOICE</b>
Guy Rickards, Gramophone
"Masser af substans"
Peter Dürrfeld, Kristeligt Dagblad
"I’m deeply impressed with Holmboe, probably Denmark’s greatest composer after Nielsen.", "Recommended for all admirers of well-crafted modern music."
Lee Passarella, Audiophile Audition
"Indispensable additions to the Holmboe discography; sonically distinguished too."
Dan Morgan, MusicWeb International
"Holmboe demeure un classique."
Simon Corley, Concertonet.com
BEST OF 2013: "The persuasiveness of the works reflects on the ability and verve of the performers, making this an ideally accessible and rewarding Holmboe entry-point."
www.ionarts.blogspot.com
A valuable collection of three very different, inventive works from the maverick Danish master
Guy Weatherall, Agora Classica
SELECT PREFERRED FORMAT TO DOWNLOAD SINGLE TRACKS.
Total runtime:
59 min.