His instrument may have been the violin, but Niels W. Gade (1817–90) was a great admirer of piano virtuosos Felix Mendelssohn and Robert Schumann. In fact, the great Danish Romantic composer left behind a collection of piano works that inspired both professionals and amateurs. Breathing new life into a selection of these, Armenian-Danish pianist Marianna Shirinyan performs Gade’s poetic Aquarelles, the almost orchestral Sonata in E minor, four chopinesque Fantasy Pieces and the little Chanson danoise, here in its first recording. 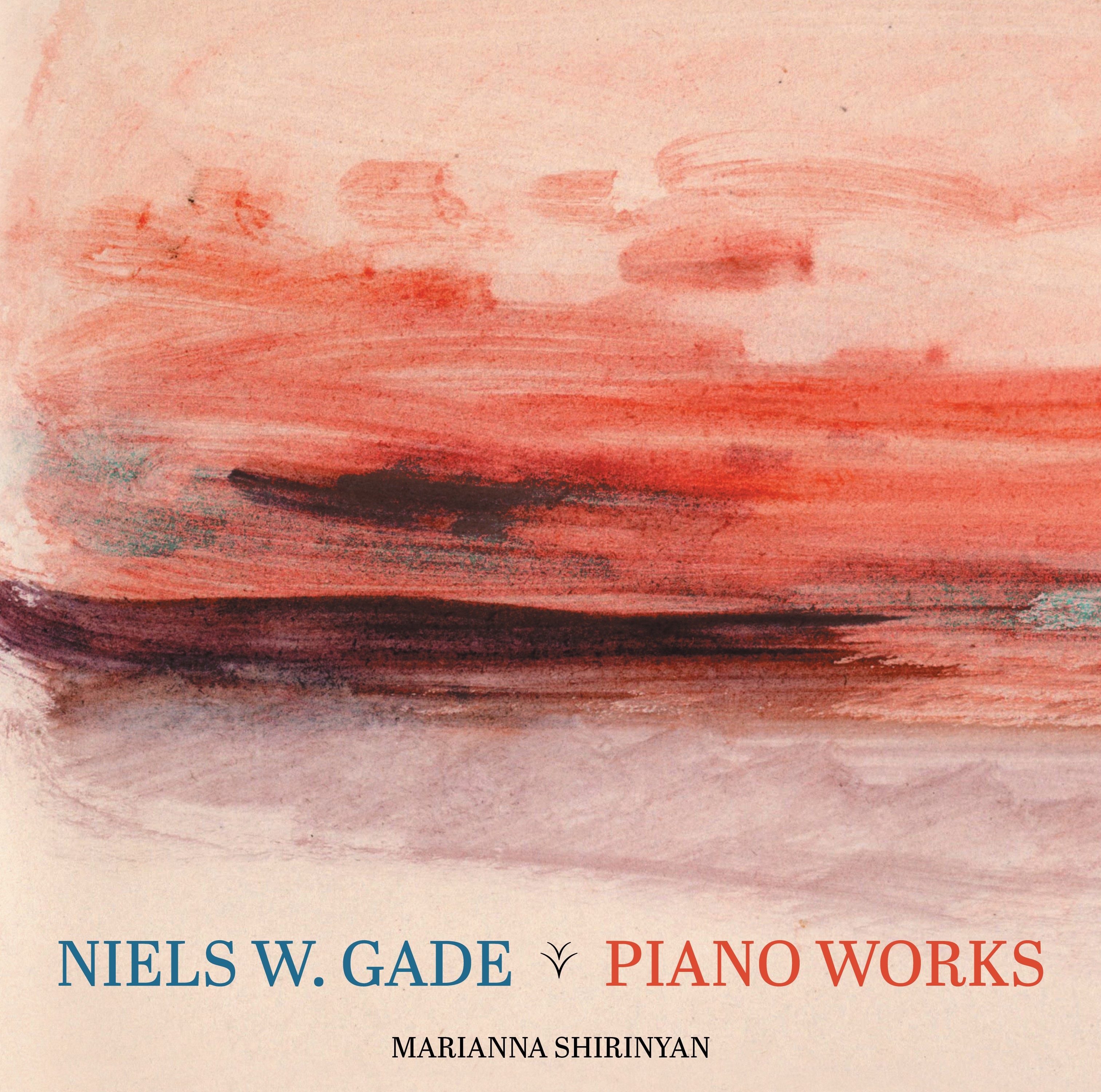 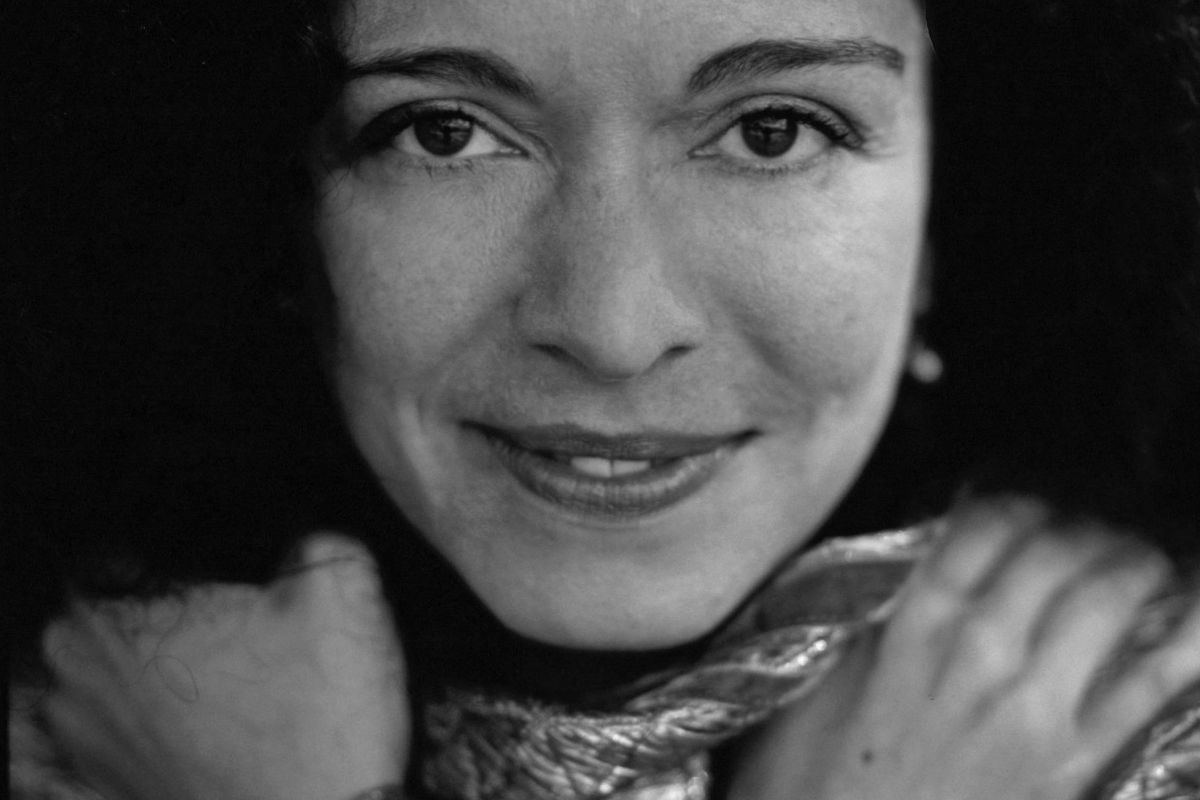 Niels W. Gade (1817-90) was far from being a Romantic piano virtuoso like his German models Felix Mendelssohn and Robert Schumann or his older colleague in Copen­hagen, C.E.F. Weyse. Gade’s instrument was the violin; he became an important conductor, but he must also have been an excellent organist, given his activity as Weyse’s deputy in that capacity at Copenhagen Cathedral and the posts he held for many years at the churches Garnisons Kirke and Holmens Kirke. All the same it appears that Gade had a strong affinity with the piano, which developed during his lifetime into an ever more full-sounding and dynamic instrument; this is a conspi­cuous feature when one browses through the many pages in the new Gade edition. It is said that during orchestral rehearsals he was in the habit of sitting at the piano and demonstrating his wishes for phrasing, dynamics and tone; as a corollary it is often easy to hear associations with orchestral sounds in Gade’s piano music. This is particularly true of the Sonata in E minor op. 28 which – probably surprisingly for many people – is dedicated to Franz Liszt.

Gade worked on this sonata for almost fifteen years; from the time when the 22-year-old composer was a relatively unknown quantity until he had positioned himself as Mendelssohn’s peer at the Leipzig Gewandhaus. From the outset the project was echt German Romantic, originating in a visionary poetic programme. We find extracts from two different poems for three movements in Gade’s composer’s diary in September 1839: first two stanzas as headings for an allegro and an adagio, taken from the poem Am 23sten Januar 1816 by Ernst Schulze (1789-1817), one of the young dead Weltschmerz poets in Germany. It is about unrequited love, which does not however lead to death and despair, but to a sense of comfort in a faith in the eternally divine:

Could Gade have come across the poem in the form of Schubert’s An mein Herz (D 860)? Perhaps – the song was published posthumously in 1832, and the two stanzas chosen are central to the unrelentingly passionate music. The third stanza, applied to the final movement of the sonata, consists of four lines from the end of Friedrich von Schlegel’s exuberant spring poem Fantasie (1801):

Friedrich von Schlegel (1772-1829) was already during his lifetime a legen­dary figure in the German Romantic movement, and it is worth noting that Schu­mann too used a Schlegel quotation as the motto for his piano fantasia in C major, which was available in print for six months before Gade began on his sonata. After working for a few years with sketches and movements that were scrapped, the young composer experienced a wholly different world of piano playing when Franz Liszt gave three concerts in Copenhagen in July 1841. Perhaps Gade had read Schumann’s review of Liszt’s Grandes études, in which he pointed out that it was necessary both to hear and see the virtuoso play his transcendent music, and it is clear from the surviving material that Gade’s sonata subsequently turned in a more expansive and progressive direction. It was completed in June 1854, published by Breitkopf & Härtel in Leipzig and furnished with a dedication to Liszt. The maestro was pleased by the honour and considered the sonata beautiful, he wrote to his close acquain­tance J.P.E. Hartmann – Gade’s father-in-law.

Sonata or fantasia? This was an important and controversial issue for the Romantic generations. Was one to continue with the tradition-burdened, closed form or transform it into a more free and open composition? Schumann for example took the latter course with his C major fantasia (1839), also dedicated to Liszt, which followed in the wake of several sonata projects. Liszt’s legendary sonata in B minor (1854), dedicated to Schumann, it is true, can be interpreted as a sonata or a much elaborated sonata form, but can also – in the spirit of Beethoven and Schubert – be described as a sonata quasi fantasia. In our context it is relevant to point out that the piano virtuoso Hans von Bülow played Liszt’s sonata for Gade in Berlin in August 1855. Gade must in other words have been very much on the same wavelength as the progressive music in Europe.

It is only fair to assume that Gade had struggled long with the sonata-fantasia issue; in the end, the result was a sonata coloured by the fantasia’s looser, improvisational nature. The sonata structure seems clearly arranged on the basis of the four resulting movements (allegro con fuoco, andante, allegretto, molto allegro e appassionato), but the composer is clearly driven by the will to create a continuous narrative. The thematic ideas of the first movement are extremely polar and yet build on a unifying motif, a falling second. The material developed is animated by boldly stated crystalli­zations of the motif, and along the way Gade creates magical transitions with the aid of third-relations, the so-called mediants. The step from the first to the second movement, the concluding quiet E minor chord of the allegro, is resolved one step lower by the andante’s equally quiet starting note, D, the fifth in the new key of G major. Here the descending second (E-D) hovers like an ethereal contact surface that carries the music further. The slightly phlegmatic allegretto shapes the motif in a new way, and at first seems like a movement in its own right, a mazurka-like character piece in B minor. The last sequence is in B major (the dominant of E minor), and the whole movement can very easily be experienced as a slow spurt up to the now smouldering, now heaven-rending tonal visions of the finale where the themes of the first movement are taken up in a new light.

The ambitions are differently dimensioned in Gade’s other piano works, which consist of what one could generally call character pieces, single ones or in groupings. It was in particular the wide appeal of the Aquarelles opp. 19 and 57, composed with an intervening period of three decades (1849-1881), that consoli­dated his reputation in the musical circles of the European bourgeoisie. One of the target groups was very much skilled amateurs, and fingering technique and struc­tural complexity are consistently adjusted to accommodate the practitioners of this kind of domestic music. Mendelssohn did something similar with the eight collec­tions of Lieder ohne Worte, as did Schumann with Kinderszenen and Album für die Jugend. Mendelssohn took his cue from song, Schumann from literature, and Gade from painting.

Each of the three volumes of Aquarelles contains five tone paintings with a characterizing title, in various tempi and mainly in easily manageable major keys. These fifteen pieces could in fact be described as études poétiques with the focus on different technical challenges for the piano in terms of articulation, balance among the parts, dynamics, staccato/legato phrasing, passage-playing, rhythmic stability and above all control of sound. It is truly amazing how much Gade challenges the talented amateur pianist in the mastery of the instrument. But as with Chopin’s études and preludes some of the aquarelles manage to expand. A striking example is the calm Notturno in E major from op. 57. A clipped melody has been placed cantabile in the left hand, like a repeated phrase sung by a tenor voice. The surrounding accompaniment is in quick octaves in tremolo. Soon the passage is raised a sixth to C sharp minor, and now the melody is sung by an alto voice. In a lively middle piece theme and harmony fluc­tuate in the region of minor where the melody is so to speak emancipated in the right-hand figurations, while the left hand at the same time conjures up sounds of dark wind instruments. A chromatically descending sequence brings the music back to E major, and the first part is given a short reprise, including a purged retro­spective on what has gone before. In other aquarelles we similarly hear ‘orches­trations’ of the music: Mendelssohn flutes in the Scherzo in A major and a crisp Rossini orchestra in the tarantella-like Capriccio in E flat major, both in op. 19. And with a sweeping gesture Gade creates a truly imaginative fantasia as the conclusion to op. 57, a Capriccio in F major.

National music was in the spirit of the age, and is very much a presence in Gade’s music as a whole. The four folk dances or Fantasy Pieces op. 31 (1855) draw much of their inspiration from Chopin’s Polish heritage, by which hardly anyone in the century of Romanticism could avoid being influenced. The first piece in F minor has the proudly withheld cadence of the polonaise and is dominated in the melody line by an alternation between dotted rhythms and triplets as heard so often in Chopin. Concealed behind the next dance in A flat major is a waltz coloured by a singing melancholy, where one encounters yearning forzandi in unstressed time and a surprising excursion down to the mediant E major. From four flats to four sharps: the gentle, diffuse and noble A flat major faced with the brilliant and stately E major – this was how Hector Berlioz characterized these keys.

The Danish national tone is manifested in Chanson danoise(Danish song), presented here in its first recording. This is a simple setting of Gade’s own melody for B.S. Ingemann’s poem ‘På Sjølunds fagre sletter’ (On the fair plains of Sealand), a theme that he used in the universally acclaimed First Symphony. The piano arrange­ment from 1885 was the result of an invitation from the French newspaper Gaulois, which was collecting contributions to a music anthology from the important Euro­pean composers of the day. Gade frames the narrative of King Valdemar’s hunt with the arpeggiated lute chords of the minstrel, and hints of the wild ride, while the song stands pure and pristine in its minor and major apparel.

Valdemar Lønsted is a music journalist and the author of biographies of Jean Sibelius, Franz Schubert and Gustav Mahler

Publisher: The Gade Edition, publ. by Danish Centre for Music Editing at the Royal Danish Library

This CD was produced in cooperation with the Royal Danish Library

Dacapo acknowledge, with gratitude, the financial support of Beckett-Fonden and Augustinus Fonden