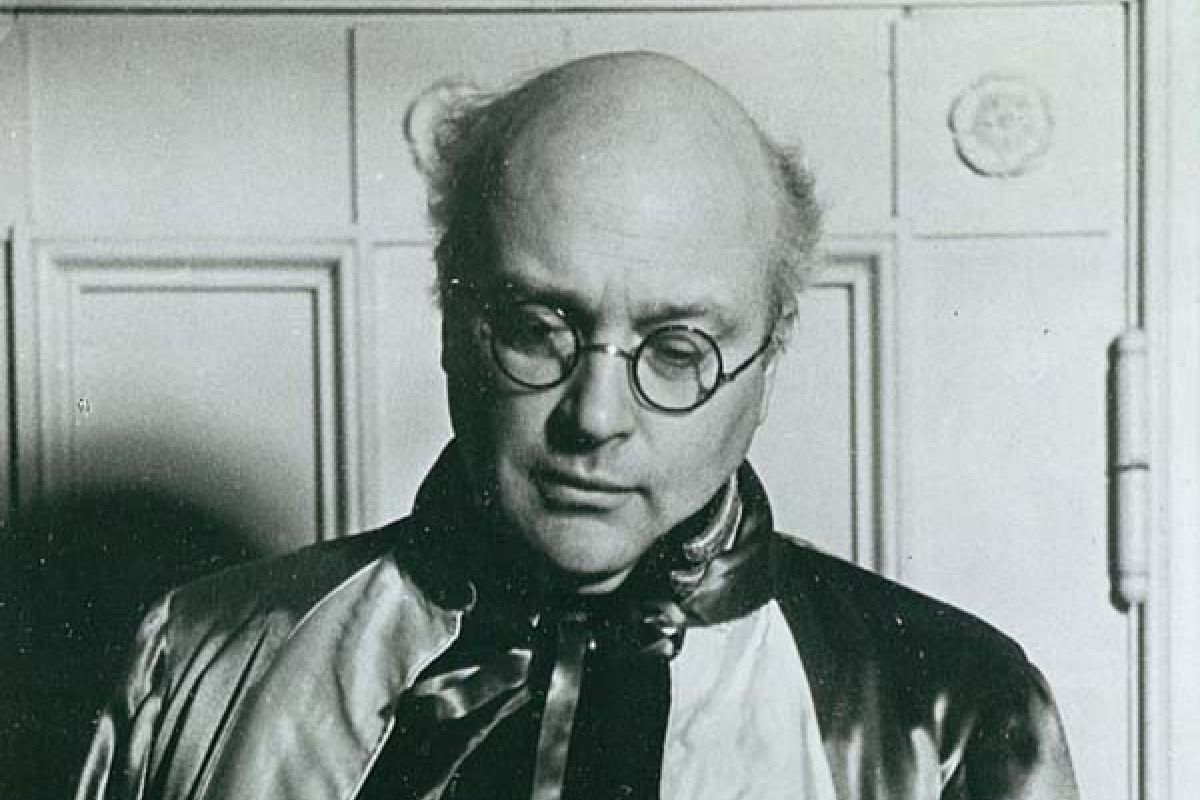 Jørgen Liebenberg Bentzon was born in Copenhagen in 1897. His father and his grandfather, Povl and Lars Bentzon, were prominent land surveyors the latter was highly respected for his work as a consultant on the draining of the large sea inlet Lammefjord but the family also engaged enthusiastically in musical activities. In Jørgen Bentzons own generation this included his cousins the flautist Johan Bentzon and the composer Niels Viggo Bentzon.

Even as a child and as a very young man Jørgen Bentzon was highly artistically and intellectually precocious. He had many interests: as a teenager he plunged into painting, and at a very young age he mastered several languages. Music too was something he homed in on at an early age. At seven he had begun to play the cello, and after starting to study law he took lessons in the theory of harmony from his cousin Christy Bentzon, which gave him a thorough grounding in his musical work. His earliest compositions come from his student years, including a couple of piano sonatas in a decidedly Late Romantic style. In 1915 Bentzon became a pupil of Carl Nielsen, who was to have a crucial influence on the composers works, and in 1920 he went to Leipzig to study at the conservatoire, where his teachers included Sigfrid Karg-Elert. He was thus well equipped when he returned in 1921 to Copenhagen, where he took his law degree and was engaged as a secretary at the Ministry of Justice.

Now Jørgen Bentzons composing career began to pick up speed. He wrote his first orchestral work, the Dramatic Overture, in 1922, and by 1924 he already had two string quartets behind him. From 1924 comes his Trio for Flute, Clarinet and Bassoon a work typified by a kind of polyphony where the individual instruments to some extent express themselves freely according to their own characters. The trio was thus the first step towards the "character polyphony" that was to be the hallmark of Bentzons later chamber music works. With the trio Bentzon also had an international breakthrough, since it was performed at the ISCM Music Days in Frankfurt am Main in 1927 and garnered much acclaim there.

On his trip to France Bentzon was accompanied by his slightly younger composer colleague Finn Høffding, and on this journey they made the acquaintance of the German composer Fritz Jöde, whose work at the first state Jugendmusikschule in Schloss Berlin-Charlottenburg and later at the first Volksmusikschule in Berlin had attracted considerable attention. Jödes "Offene Singstunden" were an attempt to activate wider sections of society and thus initiate a renewal of the national singing tradition. The next year, 1928, Bentzon and Høffding made contact with Paul Hindemith, and were inspired to make a serious attempt to establish a "school of peoples music" on the German model on Danish soil. They succeeded in implementing the plan, and in 1931 Københavns Folke-Musikskole opened. For the rest of his life Bentzon was deeply involved in the running of the school, and the teaching work as well as his encounter with the Neue Sachlichkeit movement of the period had a strong influence on his works. It should also be mentioned that from 1933 on, alongside his work in the folkemusikskole, Jørgen Bentzon held a civil service post as Clerk of the Supreme Court.

From 1928 and for many years to come compositions for school choirs, amateur orchestra and small ensembles formed a considerable part of Jørgen Bentzons output. But the music teaching work also left him time for composition in the larger forms. Examples of this are the Chamber Concerto no. 1, the Symphonic Trio, and the Chamber Concerto no. 2, Intermezzo espressivo, which had their first performances in 1929 and 1931 respectively. In these works Bentzon worked with his strongly developed "character polyphony"; he wrote himself of Chamber Concerto no. 2 and thus of this special form of polyphony: "The work is in one movement. Its form and its whole musical structure are from first to last determined by the individual lives of the instruments. The instrument is thus not just an orchestral "colour", but a being in its own right, characterized by a special thematic treatment and a special form of expression. Corresponding to tonal contrast and timbre contrast we have expressive contrast, for the composer of the work the necessary internal complement to the free tonal (not atonal) playing of the instrumental parts thus the title espressivo"(quoted from Morten Topp: Jørgen Bentzon, Musik & Forskning 4 (1978), p. 33).

In 1935 Jørgen Bentzon composed his first Racconto, which was to be followed over a period of fourteen years by another six works with the same generic name. In these chamber music works Bentzon tried out his character polyphony in a number of different instrument combinations. But the number of choral compositions was also swelled in the course of the 1930s; of these works the three "fables", Ørnen og Pilen (The Eagle and the Arrow), Løvens Part (The Lions Share) and Døden og Brændehuggeren (Death and the Woodcutter), to texts by La Fontaine, became most widely known. For orchestra Bentzon wrote Fotomontage in 1934 influenced by the ominous developments in Germany in those years and Variationer for mindre Orkester (Variations for a Small Orchestra) (1935-36), which Bentzons biographer Morten Topp has described as a national counterpart of the international Fotomontage.

Bentzons work, first and foremost with the challenges of chamber music, continued throughout the 1930s, but in the 1940s Bentzon also went to work on opera and the symphony. Saturnalia, Jørgen Bentzons biggest work and his only opera, was composed in the years 1942-44 and was premiered at the Royal Theatre on 15th December 1944. The composer had written his own libretto, based on The Golden Ass of Apuleius, but although the reviews after the premiere were in general positive, several critics pointed out that the work suffered from a lack of dramatic drive. Nor has Saturnalia been able to make much of a mark in the repertoire. By contrast, the suite from the opera arranged by Bentzon himself is one of his most frequently performed orchestral works.

The First Symphony, which bears the subtitle Symphonic Character Pieces, is based on motifs from novels by Charles Dickens and saw its first performance in 1941. The reception was mixed, but Nils Schiørring, in the music history 'Musikkens Historie i Danmark' (vol. 3, p. 215) described it as follows: "Properly speaking the Dickens symphony .... has so many charming yet seriously conceived features that it stands up as a valuable contribution to the Danish symphonic literature in a time of new departures." Morten Topp has called the Second Symphony, which had its first performance in 1948, a synthesis of Bentzons lifes work: "With this intense, richly faceted work, Bentzon left a worthy monument, created a resounding Credo" (Morten Topp, op. cit. p. 70).

Alongside his composing activity Bentzon was a prolific author and debater. He liked to make his mark in public debate and as a member of several boards he did a great deal to influence the musical life of his day. This is particularly true of his work in the musical society Foreningen "Ny Musik", where he was on the adjudicating committee in 1920-23 and was chairman in 1927-30.

Jørgen Bentzons composing work was characterized by two opposite thrusts: on the one hand an intensely intellectual attempt to renew musical expression and composing techniques by way of polyphony; on the other an effort to get musical culture out to the masses and on the whole to enrich the teaching aspect of music with works for performers of all standards. When he died in 1951 Bentzon has not succeeded in reconciling these two efforts; but with his output he remains one of the most considerable composers of his generation who, with a point of departure in the late works of Carl Nielsen and the German Neo-Baroque of the 1920s, created a strongly personal style.