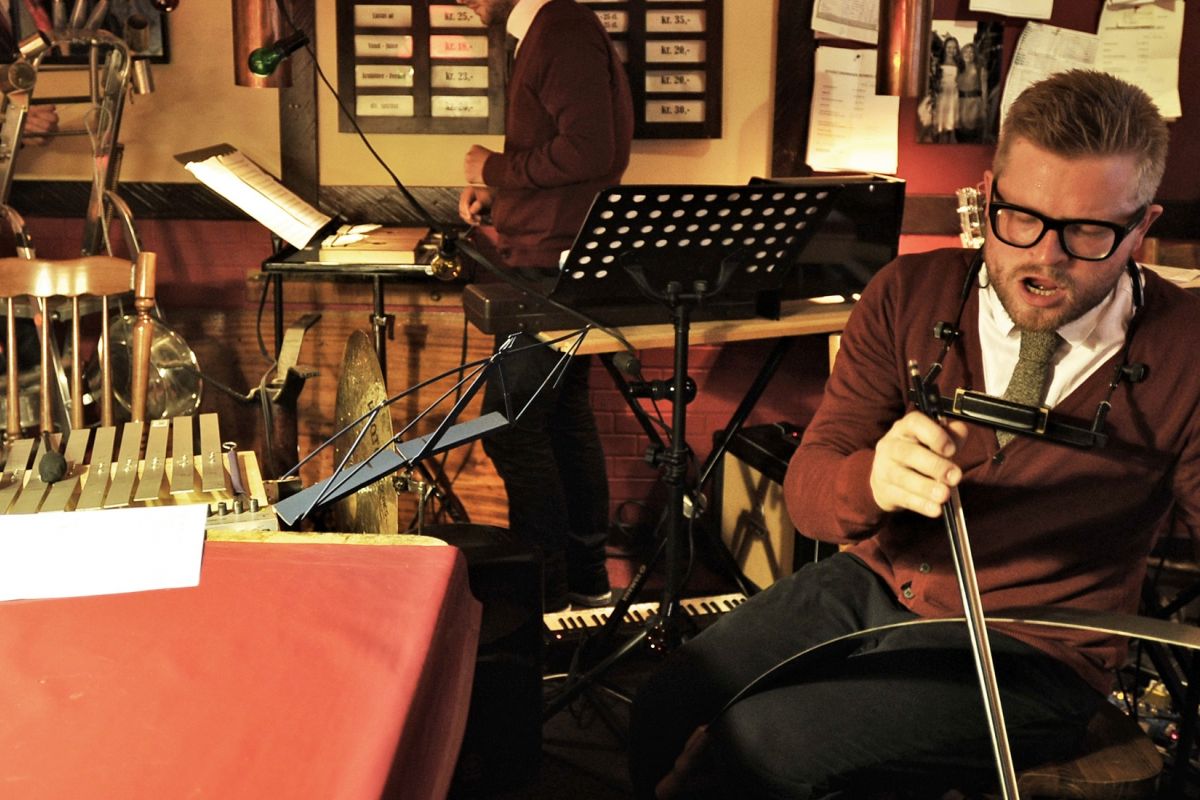 Jeppe Just Christensen (b. 1978) has a diploma in composition and theory of music from the Royal Danish Academy of Music, 2005. He studied with, among others, Peter Bruun, Ivar Frounberg, Hans Abrahamsen, Niels Rosing-Schow and Bent Sørensen. From 2005-2006 he began his post-graduate studies at the Hochschule für Musik, Karlsruhe, with Wolfgang Rihm. In 2008 he had his debut concert at the Royal Danish Academy of Music, where he currently teaches composition.

In his music Jeppe Just Christensen works with different kinds of elements with references to everyday objects, movements and motion, childhood and nostalgia. He is interested in amateurism, folk music and street music, and he works a lot with the one-man-band concept. He recycles “found” objects/instruments and uses them in new constellations, both in a musical and a visual sense.

Jeppe Just Christensen works with different ensembles and will often employ electric and homemade/rebuilt instruments in his music. In 2011 he created the band Jeppe Just Instituttet with Matias Seibæk and David Hildebrandt. His works have been performed by Ensemble Recherche, Klangforum Wien, Scenatet , Athelas Sinfonietta and others.

Jeppe Just Christensen has received the Wilhelm Hansen Award in 2007, a scholarship from the Léonie Sonning Music Foundation in 2009 and The Danish Arts Foundation’s 3-year stipend from 2011 to 2014. He was composer in residence with Athelas Sinfonietta from 2009 to 2010.