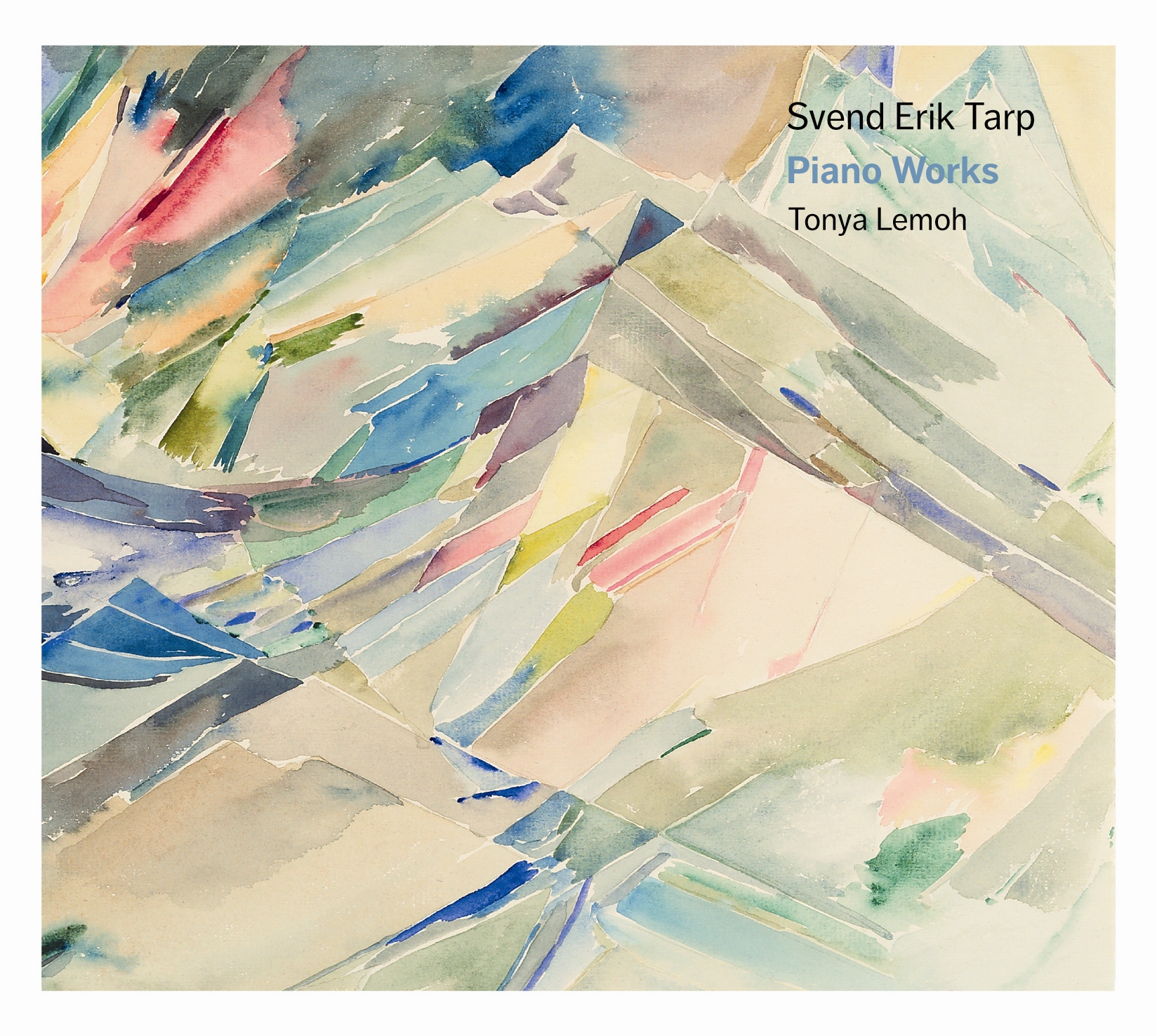 Toward the end of the German occupation in 1944, Tarp composed what was perhaps his most important work for the piano, Thema (Carillon) med Variationer op. 43. There is a certain relationship between Jørgen Jersild's Trois pièces en concert (1945) and Tarp's variations. Both employ a kind of archaic tone idiom, with Jersild taking obvious inspiration from French harpsichord composers such as François Couperin and Jean-Philippe -Rameau, with additional influence from Maurice Ravel's Le tombeau de Couperin (1914-1917) - Ravel's suite dedicated to friends lost during World War I, but structured as a tribute to his great predecessor, Couperin. In Tarp's theme one can perceive the harpsichordists\\ or perhaps even Domenico Scarlatti, but as the piece progresses the notes gain in intensity and toward the finale, they expand in fierce intensity and immense dissonance with a range that is almost symphonic in its breadth. Thema med Variationer is a piece that showcases many different stylistic facets as well as a broad spectrum of expressions. It is a mystery as to why the piece has been mostly overlooked by pianists, but one can hope that this CD will change all that.

The first few years after the German occupation were a fertile time for Danish piano music. Niels Viggo Bentzon composed his Partita and the 2nd and 3rd piano sonatas, Flemming Weis composed his Suite, Jersild his above-mentioned Trois pièces en concert, Leif Thybo his Thema med Variationer, and Tarp composed his Tre Sonatiner op. 48. The sonatinas exemplify Tarp's absolutely clear neoclassical style with its rhythmically structured movements, simple melodies and fresh rhythmic verve. They can be situated midway between Tarp's minor youthful works and the large ones, some of which can be heard on this CD. The three sonatinas are characterised by a perfect balance between form and content. The first movement in the third sonatina reflects the probable influence of Dmitry Shostakovich; the middle movement, Sarabande, shows Tarp's mastery of the concentrated sequence with extremely measured harmonic effects. In the sheet music, Tarp has indicated that the three sonatinas can be played either individually or as a suite. Should the latter be chosen, \\they should be played as one composition and in the prescribed order.\\