With Archive of Emotions and Experiences, Book 1, composer Niels Rønsholdt makes a decisive and gripping contribution to the solo piano repertoire. In an imagined future without birds, the pianist opens an archive of human emotions and experiences and tells of singing creatures that once flew through the air. Rønsholdt's Archive is a fascinating solo album that offers great insight into his unique musical thinking. 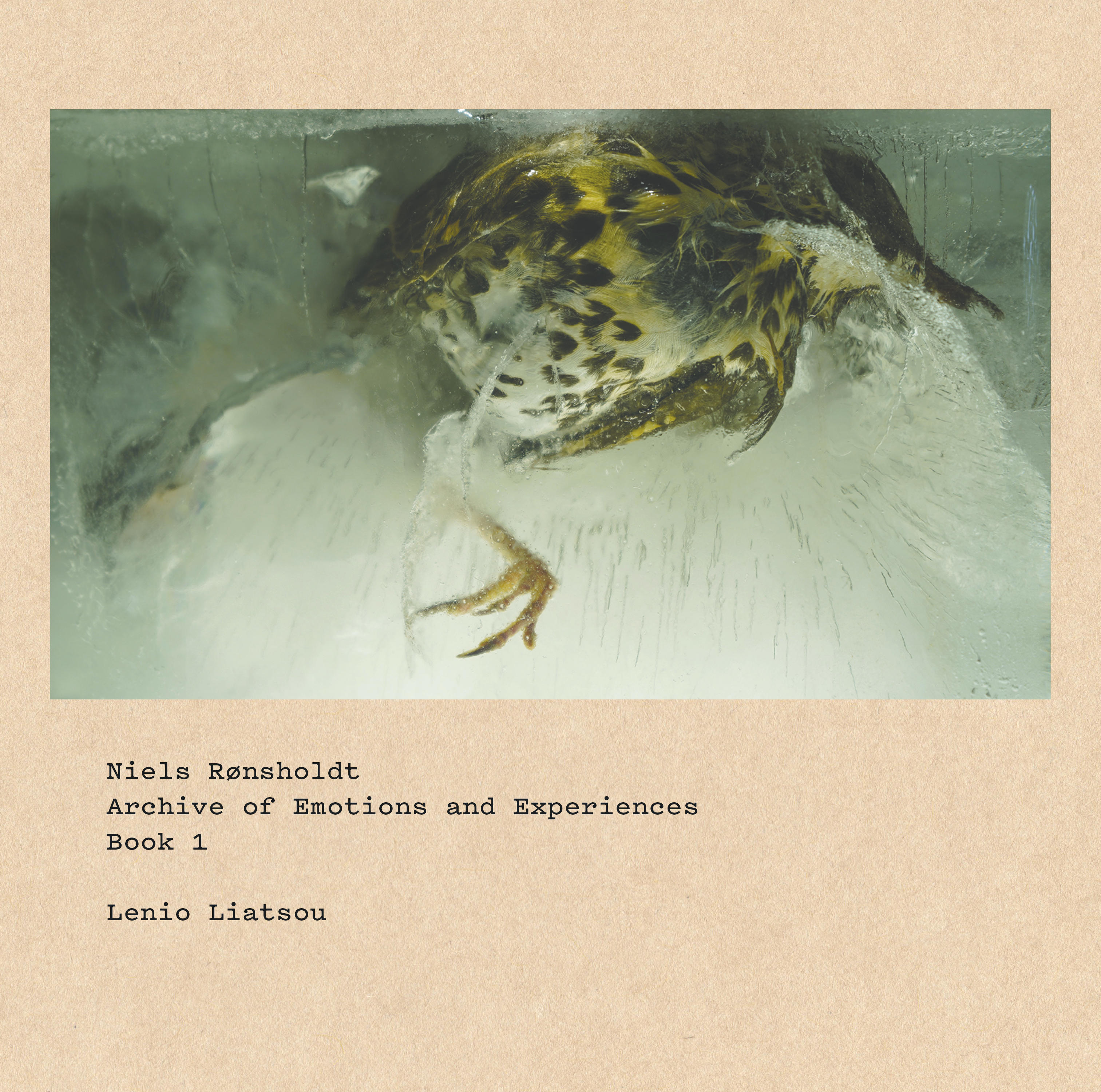 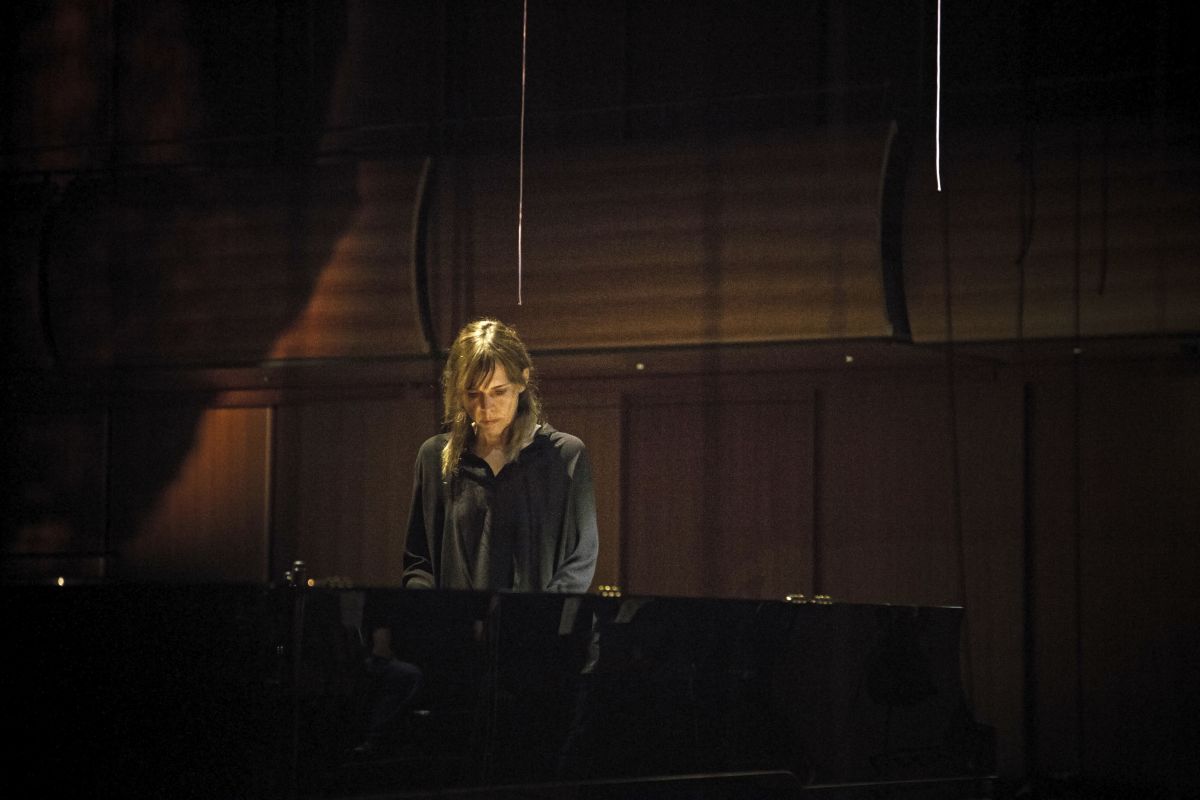 Lenio Liatsou © Yorgis Yerolymbos
Wildly beautiful piano poetry of the kind that Rønsholdt can often evoke
Henrik Friis, Politiken
I actually think this is my favourite from the piano litterature of the 21st Century
Sune Anderberg, SEISMOGRAF
The feverish passion that prevails in Liatsou's interpretation is planned and executed in a unique way. A fascinating performance
Marçal Borotau, Sonograma
This is an entrancing composition that casts an irresistible spell. [...] When the final piece ends with a certain abruptness and without any ceremony, I felt a real sadness and reached for the controls to play the whole thing again
David McDade, MusicWeb International
Une belle découverte
Emilie Munera, Rodolphe Bruneau-Boulmier, Radio France
Lenio Liatsou is a suitably magical guide. She seems to inhabit the world of the piece to an uncanny degree
David Denton, David's Review Corner
SELECT PREFERRED FORMAT TO DOWNLOAD SINGLE TRACKS.

Music remains when we have gone

You know why you are here
You have come to hear about the birds
How their song filled the summer mornings
And the evenings
They kept on and on and on
We can’t imagine that today:
Thousands of little creatures flying around, singing
Like stenographers spelling words from an unknown language
And they kept repeating over and over
Because we didn’t understand
(Niels Rønsholdt)

‘When you think of it with the corona pandemic in mind the idea can seem banal, but actually it had already been created before the pandemic began’, says the composer Niels Rønsholdt. His piano cycle, Archive of Emotions and Experiences, Book 1, is intended for staging in a way that resembles one of the dystopic, hygienically hysterical protective initiatives which have come to typify the post-pandemic age: the pianist is surrounded by a semi-transparent, cubic cover. The soloist is an oracle-like figure from a fictive future who records and archives human emotions and experiences before they are gone, before it is too late.

The mysterious oracle is protected by a cover from the concentration of carbon dioxide in the air and the viruses and bacteria which flourish amongst us. The oracle can only communicate with us through its instrument – playing the piano is its only language. In this language, it tells of singing creatures which fly through the air: birds. In this imagined future, they have long since died out.

‘In a world which has experienced something like the corona pandemic, such a scenario does not seem so far from reality as it did when I developed the idea’, says Rønsholdt.

That everything in Archive of Emotions and Experiences occurs in a fictional context, in another time, is an essential part of the conceptual framework. ‘But it is also important to me that the musical material can stand on its own’, says the composer. This objective is met: the first part of the two-part solo piano cycle is over 40 minutes long, and this first miniature collection, which we are dealing with here (book II is called Justice), can easily be heard as an autonomous piece of music. Yet the music remains mysterious because its style, the question of where it comes from and where it is heading, is nearly impossible to decipher. Aural references to bird song are audible in much of the pianistic figuration, while the subtitle of this first part of the cycle, Birds, speaks for itself.

In its approach, the composition is reminiscent of Olivier Messiaen's piano work Catalogue d’oiseaux (1956-58). At the same time there are a series of indications that the composer may have a link to late-romantic virtuoso piano music in mind: extended playing techniques are avoided; the melodic movement is predominantly diatonic and the vocal quality of the phrasing and the use of ornaments like tremolos and trills which are a pervasive presence in the composition.

‘There is clearly an affinity with the romantic piano music of Schumann, Chopin and others’, Rønsholdt tells about the work. ‘Speaking formally, the whole is built as a prelude cycle. As in many other compositions of mine, I have consciously immersed myself in music from another time and cultural context – in music that is not really “mine” – so as to gradually acquire it. As I go on working with this material and its context, a pseudo-romantic piano music naturally emerges, something which differs from its starting point’.

This difference – and its ‘alienation’ – is expressed in Archive of Emotions and Experiences in many ways: Rønsholdt’s melodies are particularly distinctive. They are based on an almost old-fashioned tonal language. The melodies, however, are set to run at an extreme speed, so that the whole thing takes place at a furiously high tempo. In a way, the idea of melody – in the sense of ‘something you can sing along to’ – is pushed completely out of play. Over long passages, the melodies are distributed over several octaves, adding another dimension to the deconstruction. ‘And in that way arises’, according to Rønsholdt, ‘a peculiarly flickering music, which admittedly contains traces of the romantic musical tradition, but in practice it is not’.

Niels Rønsholdt has chosen to structure Archive of Emotions and Experiences as a collection of many small single movements: miniatures put together in a conglomeration of related, but never completely identical movements. Each of the movements opens up to new potential, new opportunities for the presentation of material. At the same time, each new movement could just as well be a wasted opportunity, an untapped opportunity to elaborate on something or to tell a musical story.

The composer explains his fascination with the miniature format thus: ‘To me, this musical form reminds me of the display cases in a museum: many small objects are shown in them. Some may resemble each other, but come from entirely different places. And especially, that their presentation beside each other makes them interesting. It is the old way of keeping and showing them in this way which inspires me, as in historical museums. Transferring this image to music helps me to counter the classical idea of a single musical story with a large development arc. I visualise a situation in which one can come and go as a member of the audience, just as you can in a museum. We look at the many small objects on display there, and when we leave the museum, they remain. We can do just the same thing with music. It doesn’t represent an individual’s inner journey, or anything like that. When we leave the place for contemplation or listening, the music remains there. This thought, carried over into the composition process, liberates the music and releases me as composer too.’

In some of the movements of the work, Rønsholdt creates miniatures within the miniature: over and over again, he sets short motives or individual figures against a background of stillness, framed by a momentary pause, in precisely the same way as an individual movement in a cycle. In this way, the composer has inscribed a trait in his work, just as happens so often in nature: self-resemblance – a model in which the greater whole resembles its small components.

That we see something aesthetic, perhaps touchingly beautiful, in the fractal geometry which we know from trees and crystals, is nothing new. Rønsholdt thinks that the same connection links bird song to our emotions, a phenomenon which humans have acknowledged for centuries:

‘We project a whole world of feelings onto bird song. When a blackbird sings in the springtime, or we hear a nightingale in the evening, we perceive the sound in relation to an enormous arsenal of emotion and collective memories. The birds are presumably entirely indifferent to what we humans make of their song. But this natural phenomenon is securely anchored in our cultural canon. On the whole, it is remarkable that we humans have, in many situations, a tendency to read cultural significance into nature. In the piece’s fictional world, we foresee a future in which birds are no longer to be found, inevitably bringing up the whole question of our relationship with nature: how should we live today, and what consequences do our lives have for nature, the climate and for the other living creatures on the earth?’

Even if they do not arise directly from the music, the Archive of Emotions and Experiences leaves the listener with a series of questions. The seemingly familiar musical expressions which characterise the piece work to encapsulate a strangely well-ordered, but difficult to grasp, formal model. Only this ambiguity of comprehensibility and incomprehensibility, of closeness and distance that remains unfulfilled throughout the work, holds the attention of our sensory apparatus captive.

Archive of Emotions and Experiences , Book 1 was commissioned by Lenio Liatsou