The EMP Series brings together landmark recordings, rare and never-before-heard recordings, to retell, interpret and put Pade's works into musical perspective. The releases will be released regularly until 2024, when Else Marie Pade would have turned 100.The digital series kicks off with the EP EMP 1, featuring A Poet and a Composer – a commission from Danish Radio given to Pade in 1970 to set to music four poems by Orla Bundgård Povlsen: two political, dealing with the war in Vietnam, and two with no particular theme. 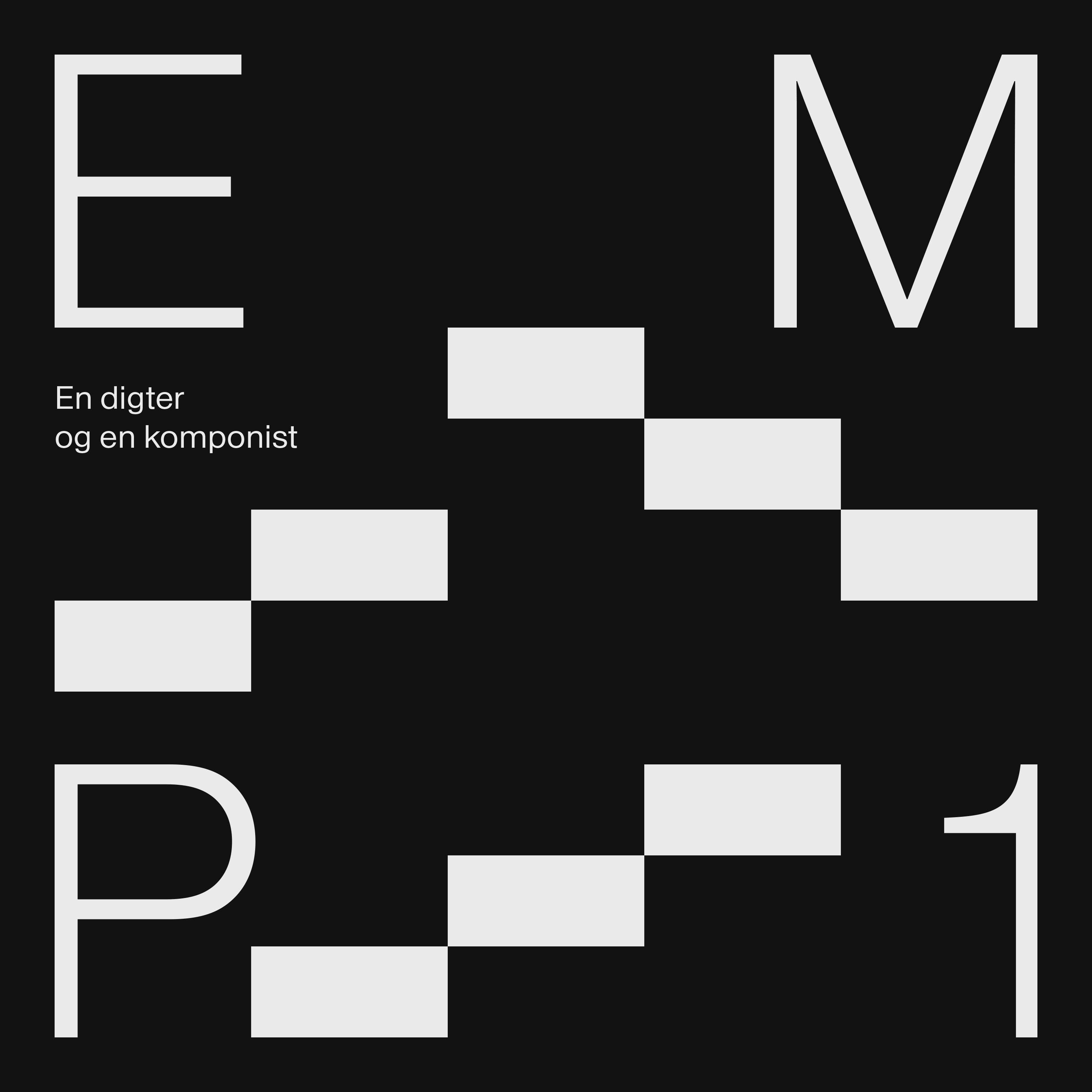 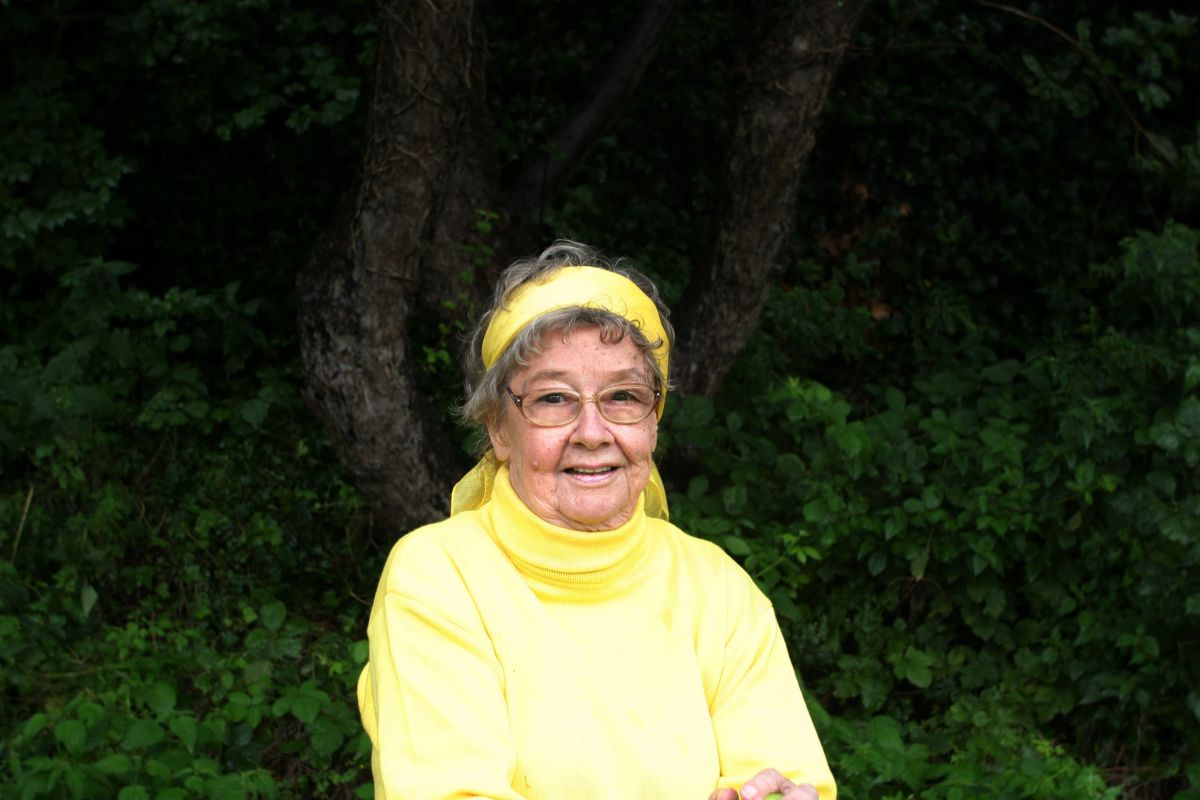 Poems with an Edge

In 1970 Else Marie Pade was commissioned by Danmarks Radio (Danish Broadcasting Corporation) to set four poems by Orla Bundgård Povlsen (1918–1982) to music for the programme series, En digter og en komponist (A Poet and a Composer). Of the four poems, two are political, dealing with the war in Vietnam, while the two placed between them have no theme. The first poem, Sang om amerikanerne i Vietnam (Song about the Americans in Vietnam), features a naturalistic narration in which Pade’s aural input has the character of an illustrated soundscape rather than conventional music. The sounds include an explosion, fire and the indistinct murmuring of crowds, processed with heavy use of tape delay (with heavy feedback). These are not just ‘sound effects’, because the handling of the tape delay and mixing gives the overall sound picture a really abstract quality, even though the actual sounds used are still recognizable.

The second poem, På Nørrevold (At Nørrevold) [Nørrevold is an urban district in Copenhagen], presents a more contemplative sound picture, dominated by cooing doves and re-using material from Pade’s earlier composition, Syv cirkler (Seven Circles, 1958), which are mixed here at a low volume in relation to the voice of the narrator. In the third poem, Klimpresang (Strumming Song), the sound picture, in addition to the text being read out, consists almost exclusively of the strumming guitar playing, mixed in several layers, and simply treated with artificial reverberation. Towards the end, the guitar is overlaid by ‘ominous’ sine tones.

The final poem, Se det i øjnene (Face It), begins with the sentence, ‘We must face it: Hitler is not dead’. This sentence is repeated by the actor Peter Steen through the rest of the piece, contrasting with an insistent marching drum and ring-modulated extracts assembled from Hitler’s speeches. The phrase ‘Hitler is not dead’ is repeated partly as a tape-loop, partly in a gradually more stressed reading as the end approaches. At the end, it is just the word ‘Hitler’ that is heard repeatedly. The three elements, the voice, the drum and the spoken speech extracts, are cut metrically and give the music a modern ‘techno’ feel. The marching drum, cut in a four-four beat, maintains a danceable big drum beat throughout the poem. But what is meant by repeating, ‘Hitler is not dead’? It is as though it was a hypnotic mantra, leaving its listeners mystified. When this poem was released on CD by Dacapo Records in 2002 (8.224233: Face It), separately from its three companion poems, the final iteration of the sentence was cut out: the words closing the poem had originally been, ‘Hitler is not dead … He lives in Nixon!’.

With this alteration, the whole point of the work was changed. Else Marie Pade explained to the author, Henrik Marstal, when discussing the digitisation of the work prior to this CD release, that in her view, this last line connected the work too strongly to its own time and that she had had Hitler more in mind than Nixon when she first made it. So, the line referring to Nixon was cut from the digital version of the work.

When we hear the original version, many things fall into place – firstly, the obvious explanation that the whole work deals with Nazism, perhaps in relation to Pade’s own experience during the war – is denied. It seems clear that Bundgård Povlsen’s poem uses Nazism as a semantic motif instead of making a direct criticism of the American president and the war in Vietnam at its height in 1970. Until the final words about Richard Nixon, the whole piece can be seen as a long meditation on Nazism’s horror, actualized by the mesmerizing voice which proclaims that Hitler is not dead. It is, in other words, a long build-up to the final sentence, which names the current embodiment of evil, according to Bundgård Povlsen.

At first, the extracts from Hitler’s speeches are short, but gradually they get longer so you can hear what he’s saying more clearly. On a first superficial hearing, the strong ring modulation acts as little more than a handle which, theatrically, serves to make Hitler’s voice more powerful and frightening than it was in real life. But when we listen to the unedited version, the function of the ring modulation can also be read in a more complex way as the treatment makes Hitler’s voice more recognizable and, at the same time, alienated. By using this device, the voice can be shown to be more decidedly ‘the voice of evil’.

Else Marie Pade was certainly entitled to change her work, but the editorial cut appears to be unsuccessful in some respects. One objection that can be raised is that it was irrelevant whether she originally had ‘Hitler in her mind rather than Nixon’ since the words were Bundgård Povlsen’s, not her own. At the same time, the commission from Danmarks Radio was for a piece which illustrated the poems, not for a self-standing composition by Pade. In part, the editing, which may seem a small intervention as only a few seconds are removed, means that the work radically changes its meaning. The musical qualities of the work are certainly retained in both versions, but the original meaning is completely changed in the edited version.

The four pieces appear in a number of lists of works under the collective title Fire radiodigte.