Atrium, Danish cellist and composer Josefine Opsahl’s debut for Dacapo Records, is a strikingly original statement exploring the duality of her music. Opsahl’s distinctive set-up employs cello and live electronics, moulded together into a precisely defined box of digital loops, bodies and buildings, human and machine. 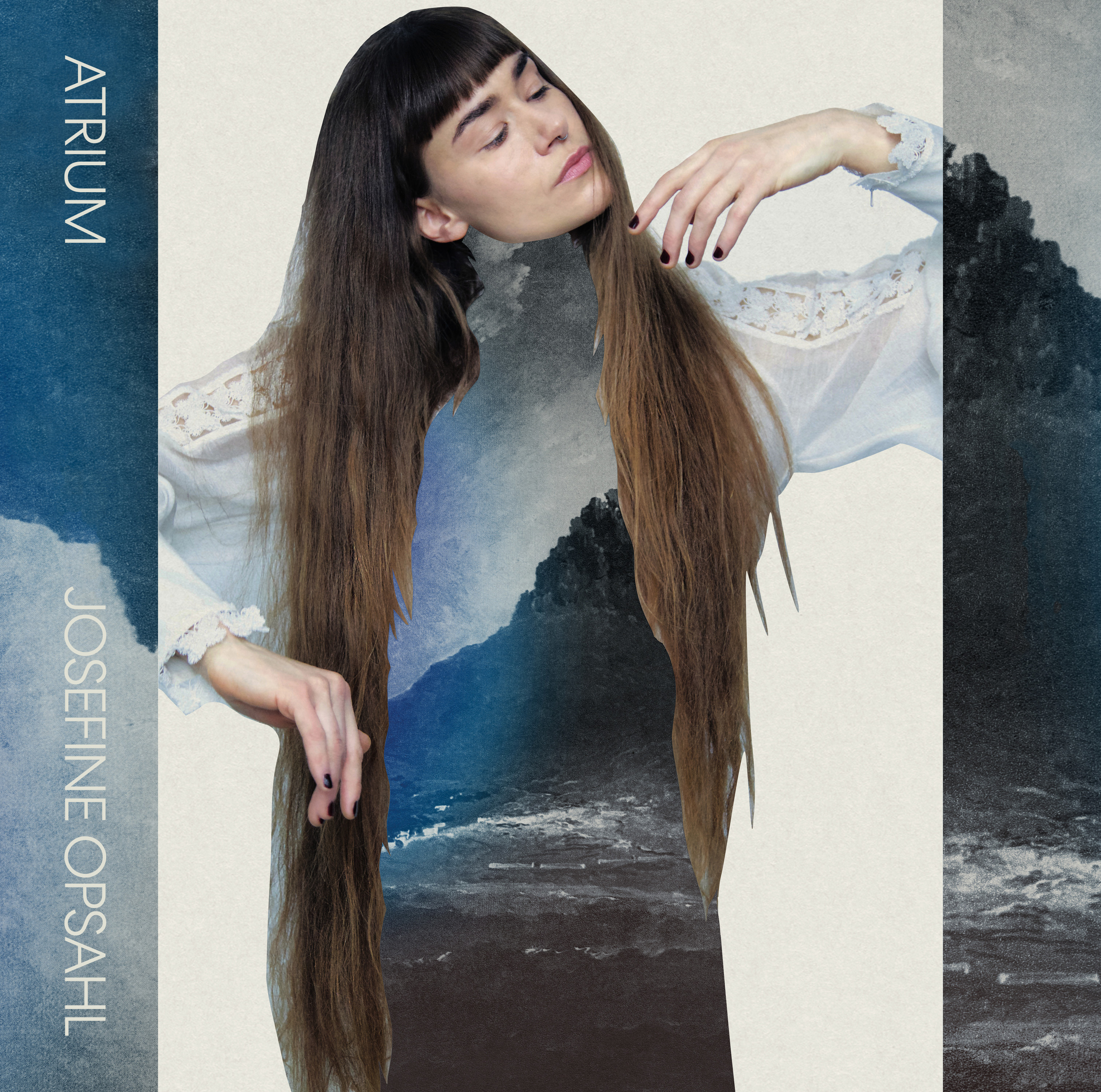 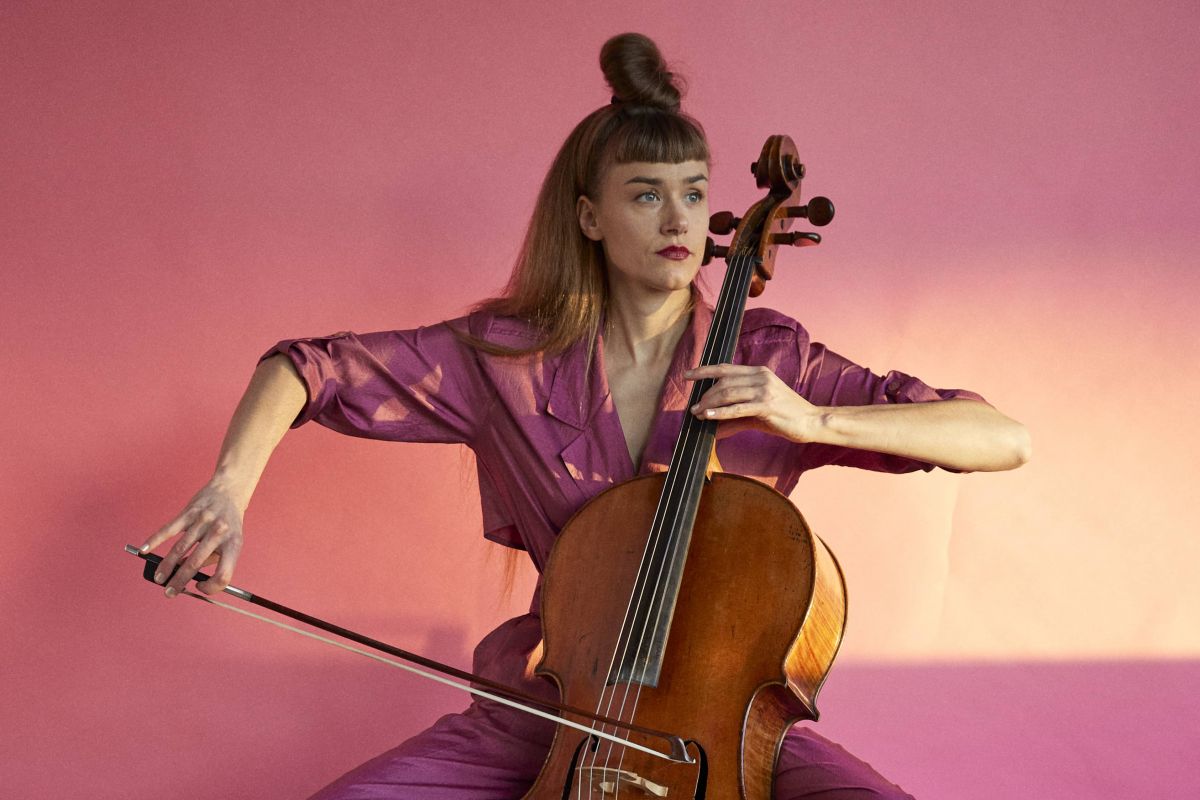 Josefine Opsahl © Rasmus Sigvaldi
Atrium is an audible sensory experience, a rewarding journey into the Opsahl univers
Julie Hugsted, SEISMOGRAF
Opsahl's intriguing music is both technically refined and emotional at the same time
Johanna Paulsson, Dagens Nyheter
It’s a fascinating, deeply rewarding collection of pieces that are immediately likable, but with plenty of detail and depth to repay much repeated listening
David Kettle, The Strad
Josefine Opsahl receives Kronprinsparrets Kulturelle Stjernedryspris for her curious and boundary-seeking approach to the music. By showing us new ways to unexplored musical universes, she introduces us to the classical music in new and inspiring ways
Kronprinsparrets Priser
Evocative, hip solo cello music, that transports the listener to brisk Nordic climes
Liam Cagney, Gramophone
It is highly concentrated, complex, multifaceted, sometimes bombastic and strong-willed music, but at times also lyrical and inviting
Evanthore Vestergaard, Kulturen.nu
It's an experience of movement and sound, all set up. Music for the dreamer and the discoverer
Veerle Deknopper, Cultuurpakt
There are great qualities in Josefine Opsahl's tone, and her sound is truly inviting
Sune Anderberg, Magasinet Klassisk
SELECT PREFERRED FORMAT TO DOWNLOAD SINGLE TRACKS.
Booklet

An atrium is a hallway or courtyard in the middle of a building. In Ancient Roman houses it was open to the sky; in modern buildings it is more usually covered with a glazed roof. Both, though, are large, clearly marked out rooms with square walls and strong, vertical pillars. Several of the larger works on this release were commissioned for similar spaces, for performance in specific buildings on special occasions. Gaaer ikke Soels og Maanes Vei ned under dybe Hav? (2019) was written for the National Gallery of Denmark. Liquid Entity (2018) was written to mark the 100th anniversary of the architect Jørn Utzon (1918–2008) and for performance in the Utzon Center in Aalborg, a building that was completed by his son, Kim Utzon. KHGR (2019) (whose title comes from ‘Khoreia Graphein’, or ‘dance-writing’) is an exploration of movement and sound (part of a six-hour concert) first performed in the company of Bertel Thorvaldsen’s monumental stone sculptures in Copenhagen’s Thorvalds Museum. Town Will Change Town Will Remain (2020) was composed as a fanfare for the opening of the Copenhagen Museum in 2019. The spaces impact Opsahl’s work first through their acoustics, whose unique resonances she incorporates into her electronic set-up, tuning their reverberation to that of the room.

The playful, subversive aspect of this – ‘It’s nice to play the room’s ambience in the room’s ambience’ – is the real key to Opsahl’s music, however. Because the architectural definition of an atrium only tells half the story. The same name is given to the two upper cavities of the heart, which pump blood to the ventricles. Two definitions: one biological, one architectural. Out of their collision, Josefine Opsahl draws a reverberating series of dualities: soft/hard, organic/manufactured, natural/cultural. These are expressed most fundamentally in her distinctive instrumental set-up of cello and live electronics, using a self-made board of loopers, harmonisers, reverb and delay effects, and more, all activated with foot switches that allow her to build entire orchestras of electronically modified and duplicated cellos live and in response to her acoustic playing. Architectural spaces – marked out by the sound of her cello and captured in her effects pedals – become liquid and pliable, subject to the turn of a dial or the pressure of a bow. Conversely, a performer and her instrument of wood, string and hair, can become moulded into a precisely defined box of digital loops. Bodies and buildings. Human and machine.

Women – especially those marginalised by history – figure just as much in this music as architectural spaces. For Gaaer ikke Soels og Maanes Vei ned under dybe Hav? (written for and first performed by the cellist Toke Møldrup), Opsahl was asked to compose a piece in response to one painting from the National Gallery’s exhibition of paintings from the Danish Golden Age, Art between Two Disasters, of 2020. She chose Mermaid, painted in 1847 by the Polish-Danish painter Elisabeth Jerichau-Baumann (1819–1881). Baumann painted at least four mermaid pictures: that from 1847 is her first. Darkly silhouetted against the setting sun Baumann’s mermaid is powerful, poised and utterly self-assured, with seaweed hair, a mask-like face and a fatally penetrating gaze; the opposite of Andersen’s virginal Little Mermaid. Opsahl pairs her with the poem ‘Fiskeren’ (1803) by Adam Oehlenschläger, in which the mermaid attempts to seduce the fisherman to his watery death by asking him to sink under the sea with her, just as the sun and moon do too. The surface of the sea represents a boundary between human and creature, tamed and untamed; and for the fisherman, between life and death. Dwelling in both worlds, the mermaid unites these opposites but also confuses the divisions between them. At the start of Opsahl’s work, the cello is representative of the ‘realistic’, human world, playing by itself with no electronic accompaniment. But as its sounds make contact with the electronic world, they descend from the pastel-coloured sunset sky into the dark sea depths, are reflected back and turn in on themselves, and come to represent something altogether harder to grasp. Over the course of four short movements the positions of electronics and cello are reversed: what begins as the seductive song of a human voice inverts into the hungry cry of a mythical beast. Like Baumann’s mermaid, Opsahl also inverts our gendered reading of cello and electronics: the former she regards as a masculine instrument, requiring considerable physical strength to play, while the latter demands subtlety and intuition.

Pendulum is taken from the larger work 8 Circles (2017), which considers another pioneering female artist. The theosophical and spiritualist artworks of the Swedish painter Hilma af Klint (1867–1944) were little known in her lifetime but are today viewed as some of the earliest examples of abstract painting in Western art history (predating Kandinsky’s ‘Blue Rider’ period by two or three years). As Opsahl says, Klint’s images were made ‘in a world that wasn’t yet ready to accept them’. Each movement of 8 Circles takes a different perspective on Klint’s work; Pendulum relates to the idea of infinity and to the principle of chaos theory: that tiny actions or changes (a butterfly flapping its wings in China) can precipitate massive events elsewhere (a storm in the Caribbean). The piece is composed from the smallest musical foundations – an alternating two-note pattern – but with skillful use of electronic loops and a range of playing techniques of varying levels of distortion, Opsahl is able to grow this tiny gesture into something much larger. Crucially, however, the work’s arc remains small: three minutes is enough to just hint at the possibilities. Even though, like Klint, we may play small parts in history, we can be catalysts of much larger movements, whose potential we cannot know.

Liquid Entity further explores the opposition of nature and culture. The unique setting of the Utzon Centre was a factor in how Opsahl devised and performed her work, but more important was Utzon’s life. Utzon grew up by the ocean in Aalborg, where his father worked as a naval architect with the forces and materials of concrete, steel and the fluid, uncontrollable sea. This combination of manufactured and organic, as well as the proximity of water, informed all of Jørn’s buildings – including his most famous, the Sydney Opera House. (Water is a strong influence on Opsahl, too. She talks frequently about ‘melting’ rigid structures and definitions; the two movements of KHGR, ‘Water’ and ‘Wave’, in which her cello both swims through and creates a shimmering, crashing electronic sea, offer a clear example.) A second inspiration on Liquid Entity came from Utzon’s love of the music of CPE Bach; since 2003, the Sydney Opera House has contained a tapestry designed by Utzon that pays homage to the German composer. Inspired by his own father, Johannes Sebastian, Carl Philipp Emanuel advanced the techniques and repertoire of the classical cello. His music has been crucial to Opsahl’s artistic life and training, and so it is that she shares an inspiration with Utzon himself; in Opsahl’s playing we can hear faint echoes of CPE Bach’s Cello Concerto in A minor, Wq. 170. Using reverb, harmoniser and loop effects, Opsahl melts the hard-edged sound of her cello, just as Utzon softens and makes organic the heavy functionality of his buildings.

Town Will Change Town Will Remain draws on the sound of carillon of Copenhagen City Hall (four melodic bells and a fifth, deeper one for sounding the hours). An aural symbol of Copenhagen and of Nordic identity, the bells rang for the first time at midnight on 1 January 1900 and have done three times a day ever since, playing melodies written specially by the organist and composer Thomas Laub (1852–1927). Town Will Change (also written for Toke Møldrup) draws upon these same musical phrases and their four-note permutations, all the time acting in dialogue with them. The electronics are, as ever, entirely derived from the sound of the cello, but recall the bells’ metallic resonance (as well as sound of the wind, the songs of birds, the hum of the city and more).

But atria are characterised not only by the spaces that they articulate but also by what they allow to pass through them. The atrium of an ancient Roman house often contained a fireplace, whose smoke and heat were drawn upwards by the open roof. In a modern building, the glass ceiling of an atrium draws light down through the core of the building. In the heart, the atria transfer blood from the veins to the ventricles, from where it is pumped to the rest of the body. Likewise, the shorter works on Atrium act as conduits for the larger works. They began as fragments from Opsahl’s solo concerts, but while their foundations are fixed, their successive realisations change according to the context of each performance. Their titles convey the themes of the album – the passage and splitting of light (Prism I and Prism II, 2020), spaces and rooms (Intimo, 2018; Rauma, 2019), the first human (EVI, 2020), the subversion of expectations (Prelude, 2018), placed at the album’s conclusion) – just as much as do their creative dialogue between electricity and catgut. It is a conversation that could flow indefinitely, which is why Prism II must end as suddenly as it does, with a tearing sound that could equally be the breaking of a tape machine as it is the grind of a bow against a string.