The accordion was one of the first instruments to become common in Iceland in the nineteenth century. In recent years, Iceland has produced several outstanding accordionists, including Jónas Ásgeir Ásgeirsson. This disc contains music by three generations of Icelandic composers, written between 1972 and 2020, including two works created especially for Ásgeirsson himself. 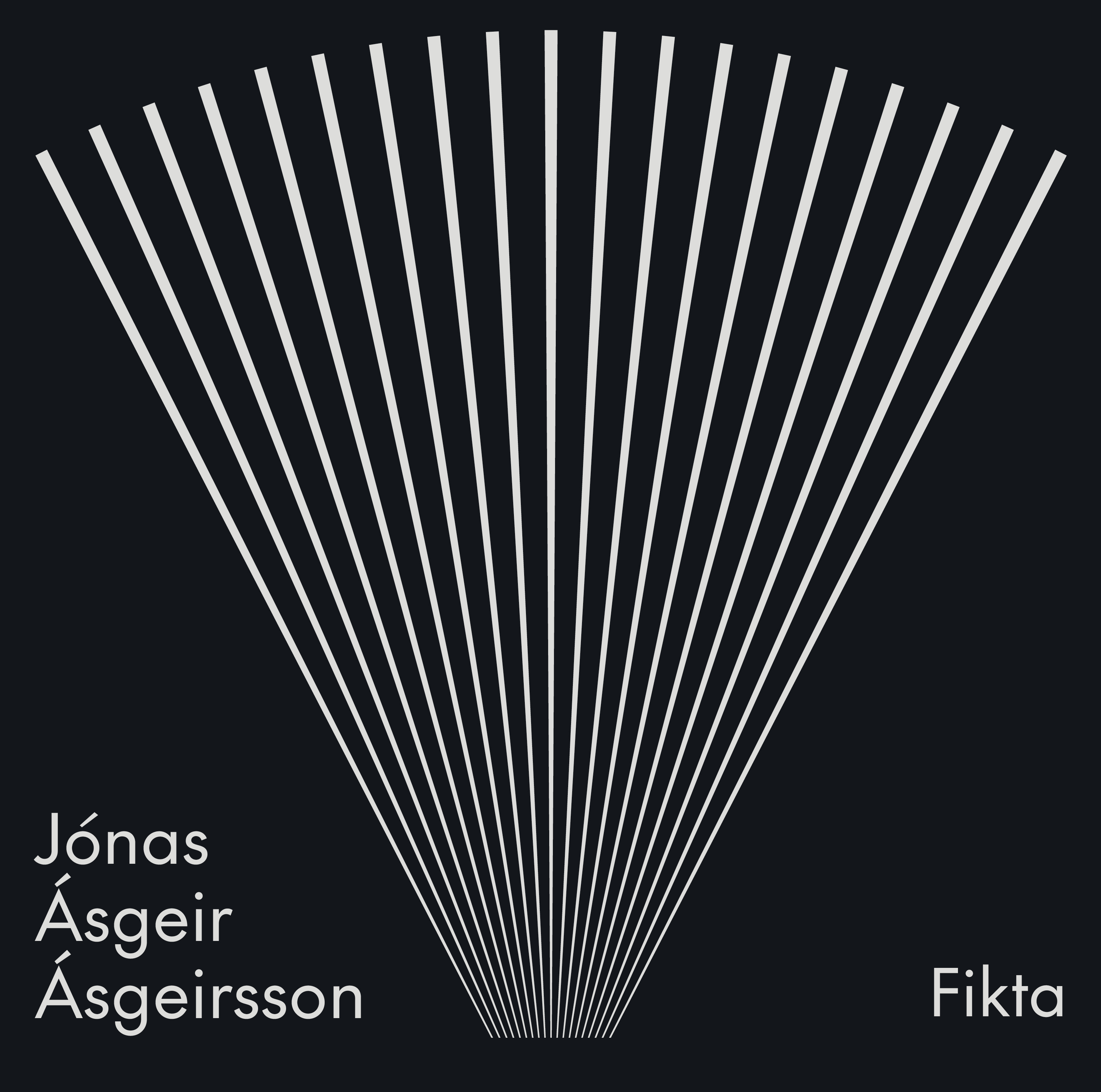 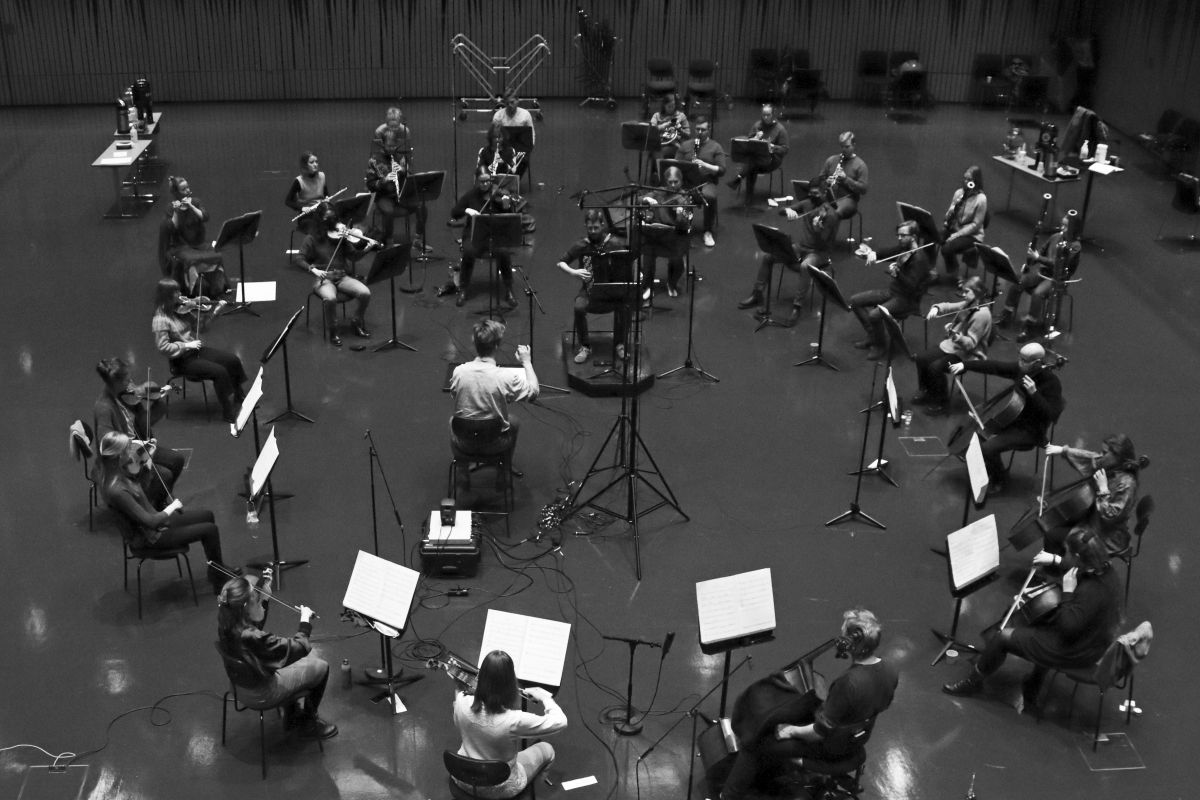 The accordion was one of the first instruments to become common in Iceland in the nineteenth century. It was first heard at dance entertainments in Reykjavík, then only a small village, shortly before 1850. By the 1890s, accordions had become quite common throughout the country, mostly played by self-taught musicians who played by ear. For classical and contemporary music, however, the accordion took much longer to get established, and only in the late twentieth century did Icelandic composers begin writing music for the instrument. In recent years, Iceland has produced several outstanding accordionists, including Jónas Ásgeir Ásgeirsson. This disc contains music by three generations of Icelandic composers, written between 1972 and 2020, including two works created especially for Ásgeirsson himself.

Finnur Karlsson (b. 1988) studied at the Iceland University of the Arts and the Royal Danish Academy of Music, and among his teachers were Hans Abrahamsen, Atli Ingólfsson, and Úlfar Ingi Haraldsson. His Accordion Concerto was written for Jónas Ásgeirsson and the Elja Chamber Orchestra, an ensemble made up of young Icelandic musicians. The work was one of many casualties of the COVID-19 pandemic; it was premiered in Iceland in summer 2020 at what should have been the first concert of an extended tour. Due to restrictions imposed at short notice, the rest of the tour had to be cancelled, as were two further performances and a subsequent recording session. The recording heard here could finally take place nearly two years later. The work won the Icelandic Music Award for Composition of the Year in 2021.

The Accordion Concerto is in seven short movements, of which the odd-numbered ones are more substantial. Here Karlsson employs material derived from various sources, often unexpected. The first movement (‘A Dream about Flying’) ingeniously quotes two melodies that are well-known in Iceland, although here they have been slowed down and distorted to the point of being virtually unrecognizable: Flugvélar (Aeroplanes), by the Icelandic pop group Nýdönsk, and Grandmother’s Flying Song from the Norwegian Thorbjørn Egner’s classic children’s play In the Forest of Huckybucky (Dyrene i Hakkebakkeskogen). The third movement (‘Thread / Longed for’) is largely based on a hexatonic scale; the fifth movement ( ‘Bontempi’s Ghost’) was inspired by Karlsson’s experiments with the record function of his young daughter’s Bontempi toy keyboard. Karlsson recorded a cluster, pressing as many keys as possible, then pressed ‘Play’—at which point the instrument rendered it as a sequence of pitches. The concerto’s even-numbered movements are shorter, intermezzo-like, and bear similar titles: one and a, two and a, and three and a. These are all derived from a small, bouncy song that Karlsson wrote as a nod to the accordion’s roots in folk music. The final movement, Et Cetera, is also a fragmentation of this song.

Atli Ingólfsson (b. 1962) studied with Davide Anzaghi in Milan and Gérard Grisey in Paris, and is among the leading Icelandic composers of his generation. His works are characterized by a highly inventive approach to sound, often influenced by spectral techniques and resulting in brilliant, colourful musical structures. Radioflakes was written in 2004 for the Norwegian accordionist Frode Haltli, upon commission from Radio France. Ingólfsson explains the idea behind the piece thus: ‘I can’t help seeing the accordion as a forefather of the portable radio, the so-called ghettoblaster. This means that for me it impersonates a struggle between its characteristic rhythmical swing, more aggressive sound-energy and carefree radio-scanning. Writing this piece was as fascinating a trip as sitting in front of the radio as a child, playing with the scanning knob.’ In the work’s opening, Ingólfsson explores the difference between playing with and without vibrato, and he gradually expands elements of pitch, rhythm, and dynamics in a virtuosic exploration of the accordion’s ‘ghettoblaster’- or ‘radio’-like qualities. At the very end, the performer is instructed to improvise ‘very irregular morse-like patterns’. Ásgeirsson takes this literally, spelling out the work’s title, Radioflakes, in morse code:

Two of Iceland’s leading composers in the last decades of the twentieth century were born only a few months apart: Atli Heimir Sveinsson (1938–2019) and Þorkell Sigurbjörnsson (1938–2013). Both were prolific composers and also active as teachers, administrators, and public intellectuals, and left an indelible mark on the musical scene. During his younger years, Sveinsson was something of an enfant terrible on the Icelandic music scene. He attended the Staatliche Hochschule für Musik in Cologne, where he studied with Günter Raphael and Bernd Alois Zimmermann. He also attended the Darmstadt composition courses and took lessons with Karlheinz Stockhausen. If one can speak of a typical Sveinsson style, it is eclectic, inventive, atmospheric, and expressive. It can be stunningly beautiful, but also experimental and provocative, characterized by harsh contrasts. Sveinsson himself spoke of his wish to ‘combine everything’ in an all-encompassing pluralism, an improvisatory synthesis of east and west, old and new.

Little is known of the origins of Sveinsson’s work, Lieder und Intermezzi for soprano and accordion. These settings of three texts by the Russian poet Osip Mandelstam (1891–1938), translated into German by Paul Celan, were composed in 1996 but no performance at that time can be documented. It seems as though Sveinsson was obeying an inner urge, and the work was only premiered in 2020 by the performers on this disc. The music shows Sveinsson’s more abstract side, although towards the end the accordion plays a gentle melody supported by chords, which Sveinsson instructs should be played ‘Quasi “Bossa Nova”’ but very softly.

Þorkell Sigurbjörnsson studied in the United States, first at Hamline University, then at the University of Illinois at Urbana-Champaign under the tutelage of Kenneth Gaburo and Lejaren Hiller. Sigurbjörnsson’s most famous work is the hymn setting Heyr, himna smiður (Hear, Heaven’s Maker), which has become popular among choirs around the world in recent years. Sigurbjörnsson’s attitude towards composition was unpretentious and decidedly anti-Romantic. His works are, first and foremost, ‘playing with notes’—the name of a seminar he taught at the Reykjavík School of Music for years, and which inspired an entire generation of younger composers. Sigurbjörnsson’s typical gambit was to choose a few notes, a motive or a theme, and to play around with the material. Sigurbjörnsson was also an eminently practical composer who tailored many of his works to specific performers, often his friends.

This is also true of the work heard here, Mobilissima visione (1972). It was written for the Danish ensemble Trio Mobile, whose members were the legendary accordionist Mogens Ellegaard, guitarist Ingolf Olsen, and percussionist Bent Lylloff. The trio gave a concert in Iceland in January 1971, where they met Sigurbjörnsson as well as other cultural luminaries, including the Nobel Prize-winning author Halldór Laxness. Sigurbjörnsson wrote his own work for the trio just over a year later, in spring 1972. The work’s title is a play on words, a portmanteau combining the trio’s name and the title of Paul Hindemith’s 1938 ballet, Nobilissima visione.

The youngest composer on this disc is Friðrik Margrétar-Guðmundsson (b. 1993). After graduating from the Iceland University of the Arts in 2017, he has become known primarily for his music for the theatre, dance, and visual media. His first opera, Ekkert er sorglegra en manneskjan (Nothing is More Tragic than a Human Being), was premiered in 2020 and received two Icelandic Theatre Awards including Music of the Year.

Fikta was written for Jónas Ásgeir Ásgeirsson in 2018, a year after Margrétar-Guðmundsson’s graduation as a composer. The two are old school friends and Ásgeirsson finds it fitting that the first solo work composed especially for him should be by someone who knows him so well. The composer explains that he was still ‘digesting everything I had learned at school, but also excited to do something that was fully mine, and that I didn’t have to worry about being graded on.’ In Icelandic, the verb fikta means to ‘toy with’ or even to ‘tamper with’, but the work’s title is also a nod to the medieval tradition of musica ficta, the adjustment of certain pitches that was largely left to the performers’ discretion. Margrétar-Guðmundsson explains that he had been fascinated by medieval music during his studies, particularly the origins of polyphony and its development, leading to the major/minor system. ‘Steps that may seem inevitable in hindsight must have caused much disagreement at the time; what was once forbidden is later allowed. But in Iceland things developed in a different way, the local performance of tvísöngur [an Icelandic tradition of singing in parallel fifths, lasting until the twentieth century] survived all these changes and perhaps things are not as inevitable as one might think.’ The main subject of Fikta, then, is the tension between the conservative and the avant-garde. Margrétar-Guðmundsson derives the work’s musical content, rhythm, and form from the frequency ratio of the pure fifth (3:2). Fikta seems to be an inevitable progression from the initial open fifth towards the F major triad that sounds towards the end—but, as the composer reminds us, this may not be as inevitable as it seems.

Recorded at the Concert Hall, Royal Danish Academy of Music, Copenhagen, on 20-21 June 2020, 16 January 2021 and 15 April 2022. The Accordion Concerto by Finnur Karlsson was recorded at the recital hall Norðurljós, Harpa, Reykjavík, on 3 January 2022.

The Accordion Concerto by Finnur Karlsson was commissioned by Jónas Ásgeir Ásgeirsson and Elja Ensemble, written with support from the Danish Arts Foundation and Launasjóður listamanna.