With HĪBER, her debut release for Dacapo, the 30-year-old Icelandic composer and double bassist Bára Gísladóttir has created an album that is coloured by a distinct dark atmosphere, emphasizing a menacing and distorted bass scenery as presented by herself in an intimate solo setting. In HĪBER, a unified and uncompromising soundscape unfolds - one where sounds of different origin join textures and techniques and merge into a single aural organism that falls outside any usual category or label. The title, HĪBER, is a reference to hibernation and winter. 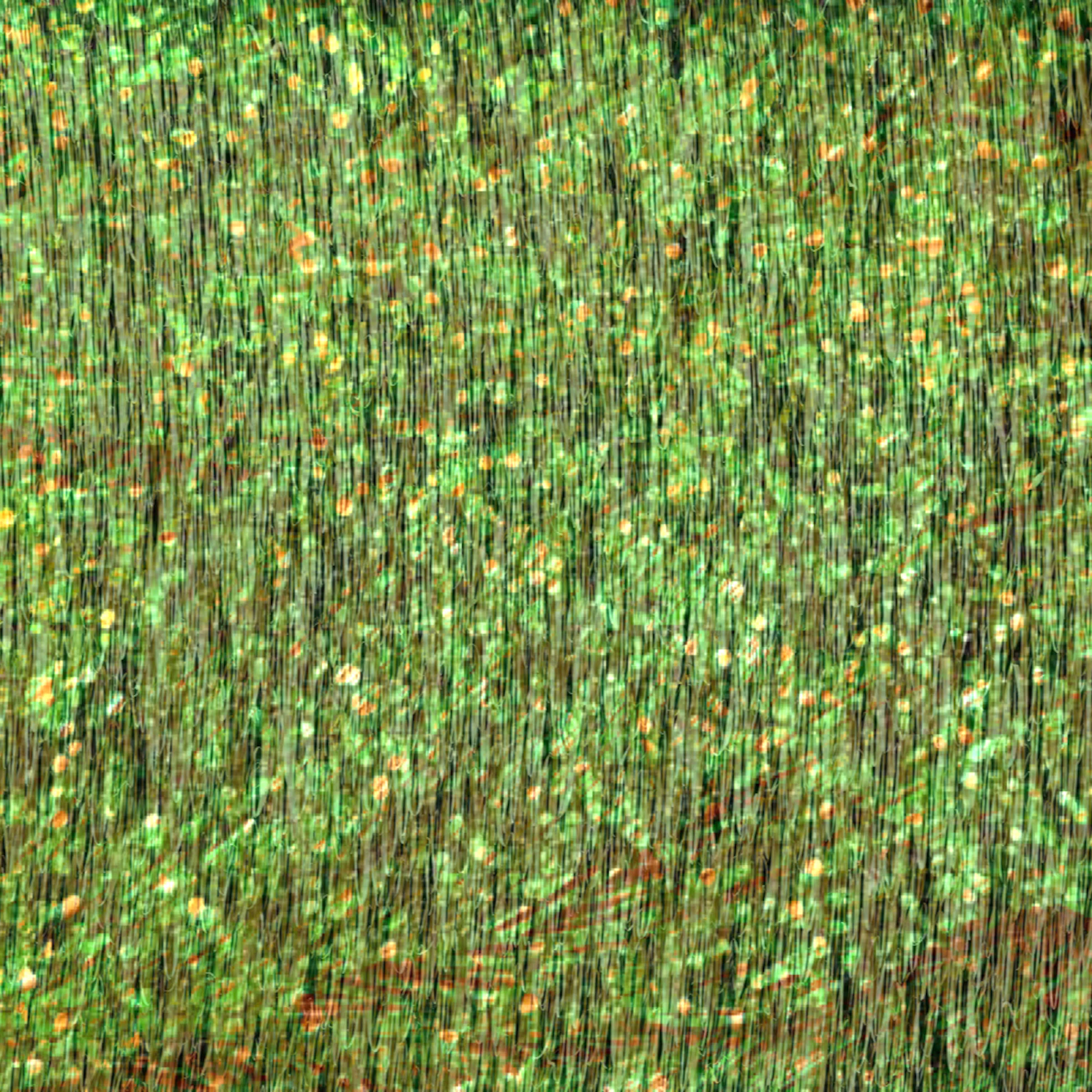 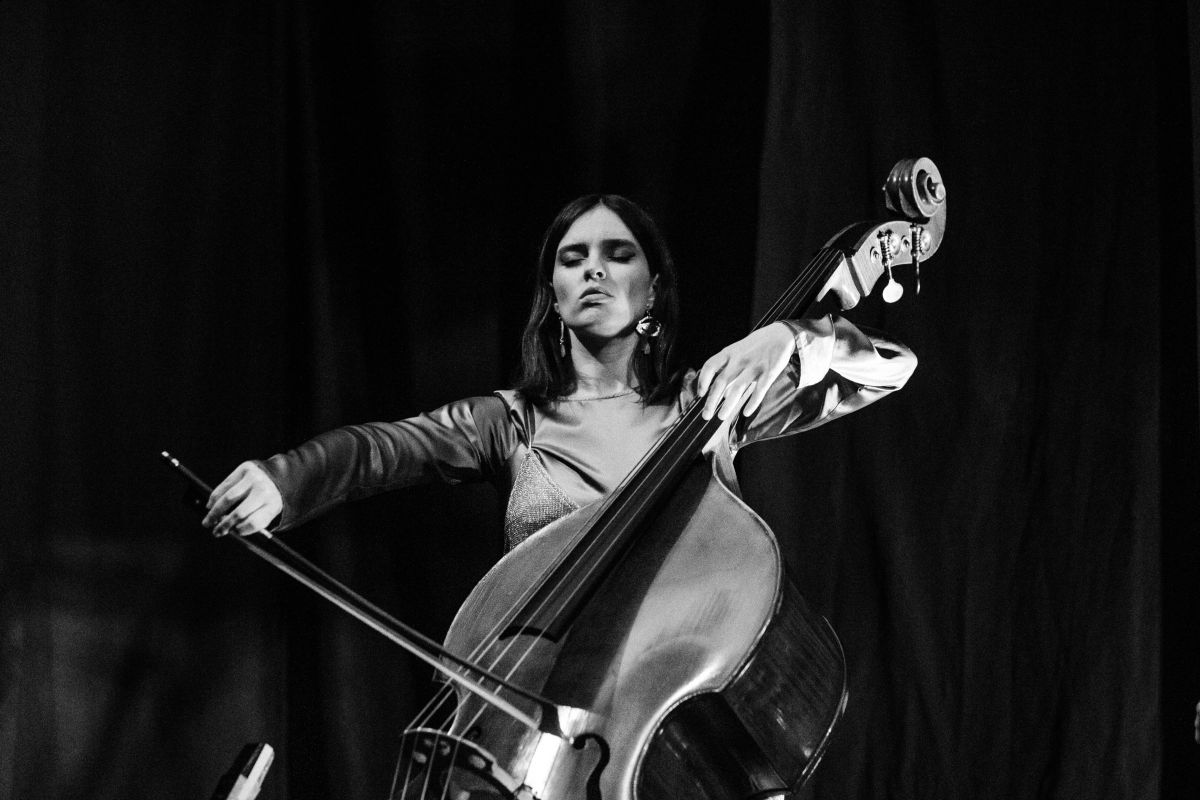 © Juliette Rowland
A thick morass of chaotic detail
5:4
Taking her instrument to the limit, with whispering harmonic highs and grinding lows, she creates a universe that pulls you in from the start
Jeremy Shatan , Anearful
The most striking thing about the album is its textural breadth. Wild landscapes of bright, metallic overtones are constantly contrasted by the deep, vibrating hum of the bass and by dark, impenetrable distortion
Rasmus Weirup, SEISMOGRAF
Strong tempests and extreme frost, but now and again you will also find the stillness of winter, the calm between the storms
Arnar Eggert Thoroddsen, Morgunblaðið
Nominated for the Kraumur Music Award 2020
Kraumur Music Awards
Best Albums of 2020
5:4
Classical album of the year
Morgunblaðið
SELECT PREFERRED FORMAT TO DOWNLOAD SINGLE TRACKS.
Booklet

Through the door in fifty ways

It's intense when she lets herself go the most. Intense when she caresses your cheek with her sound. It sometimes feels like it is happening at the same time, and in a way it is quite relentless but 30-year-old Bára Gísladóttir is a composer of a very special cast. Her art feels very little calculated, very little artificial. Instead, she boldly creates her own paths on untrodden land. Bára is Bára, and her sound is hers. No one else's.

Like a guide, she takes us on her meticulous sound journeys through beautiful, collapsed landscapes of ambient sounds, broken tones and stray, fleeting whims. Ready to expand horizons. Bára Gísladóttir herself is also on a journey. She is on many journeys all the time – for when does everyday life end, and when does the journey begin? One of the longest journeys of her life is her music. A journey she knows will never end. ‘For me, music is there all the time. I cannot say that there I stop creating music, and there I start with something else. The music is part of everything I do,’ she explains.

As the most unpredictable practitioner in a generally docile and well-behaved generation of composers in Danish art music, Bára Gísladóttir is anything but mindless copy and unimaginative habitual thinking. She trained as a composer at the Royal Danish Academy of Music (graduation 2020), and she writes music both for the concert hall community and when you sit at home with your head in your hands. She is impossible to predict or to pigeonhole, and Bára Gísladóttir even has a weakness for not quite ordinary ways of handling instruments. Her own double bass included – the instrument that grabbed hold of her after many years of violin lessons, which she hated while growing up in Norway.

Like all people, Icelandic Bára Gísladóttir is shaped also by where she comes from. From the sagas onwards, human life in Iceland appears to be shaped by fire and ice. That reality is also heard in Bára Gísladóttir's music, but it is not something she is aware of – that nature is a strong force in her music. Rather, the realization that nature and its whims are a lot in life that we cannot wrestle with. Even if nature and life today do not feel in harmony with each other: ‘Today we live our lives very linearly, even though the reality we are in – nature – for me to see is circular. It depresses me sometimes that we can only experience time and life as linear. In other cultures, such as the ancient Greek, time was experienced as circular, with an eternal cosmos. Instead, we are constantly chasing the next event, the next experience,’ she says.

More than anything else, it is her perception of the world, nature included, that Bára Gísladóttir lets flow through her music. As a resonant space for the ambivalence or direct leadership of the modern world, which is currently tormented by both climate and corona crisis. About how the things we surround ourselves with and which we have learned to take for granted are starved out instead of serving the common good.

Bára Gísladóttir has it all in her art, which holds a genuinely deep and self-reflected calm. There is a sensuous enigma about her works, and although one can never quite guess what her works depict, even though the work titles often lead one on the way, one can, in turn, rejoice that they never confirm the reality one knows. Although you might think so at first.

And this is how it goes when she creates music: ‘Before I started making music for HĪBER, I decided on the album's titles. It helps me a lot to do that first. I do not think tones first, because music is so many different things to me. It's texture and sounds, and I think of it more as a matter of sound or silence and sensing the world. One has to have a curiosity about all the sounds the world has when doing so. And when I – as on HĪBER – write for my instrument, the double bass, it's also for me about exploring the instrument and its possibilities of being in the world. But there’s always a direction to what I do. It's not like I'm trying to open fifty different doors when I get started. Instead, I try to walk through the door in fifty different ways.’

The solo album HĪBER is an exploration of texture and darkness in eight parts, written for double bass and electronics and played by Bára Gísladóttir herself. HĪBER is an album that allows itself to be immersed in the hibernation state of winter, the winter lair, in a completely natural way. Notas an escape from life, but a necessary break. As animals that have a hard time finding enough food in the winter and therefore go into hibernation to save energy, yes save life.

In SUĪ [1] it is the self that Bára Gísladóttir deals with. The self of the individual who soon goes into hibernation and prepares for that condition. VĒXŌ [2] simply means 'to shake' in Latin – a rather noticeable shaking of the ears. As a kind of trembling transition to the doze that is found right after in no afterlife thanks [3], and whose prayer in the title according to the composer must be taken quite literally. ‘Nothing can seem more exhausting or frightening to me than the thought of an afterlife,’ says Bára Gísladóttir. ‘I'm so happy with the life I have that I would not know what to do with another.’

Everything calms down on her palms faced down forever after [4], as if hibernation had now occurred. A natural but chillingly beautiful farewell with something that was. In Bára Gísladóttir's case, her upturned palms: ‘Shortly after I started working at HĪBER, I experienced a turning point in my life where I was suddenly no longer able to sleep with my palms up, as I always did. My palms are still facing down when I sleep. It made me a little sad. But it is a fact and something I see both as a defence reflex, but also as something closed, suffocating, stressful and even warm and safe.’

In tvíhirta [5] you feel the life-giving beat of the pulse propagating in the body. The title itself has Gísladóttirs composed of ‘tví’, which means ‘two’ in Icelandic and the self-invented word 'hirta', which is intended as a feminine noun of the word 'heart': ‘tvíhirta deals with an organism that has two hearts. A thought about a body that is involuntarily given an extra heart,’ she explains.

The void and stillness take over right after in cusp day [6], while GRAVIS [7] is a heavy, restless piece where deep strokes are laid in layers so that it eventually rumbles in one’s consciousness. Although fists clenched [8] sounds aggressive (and it is certainly meant to), the piece serves as an extension of her palms faced down forever after, which also deals with Gísladóttir's sleep: ‘Around the time certain palms began facing downwards, the same hands sometimes took the form of clenched fists, to the great dissatisfaction of their owner.’