music is not always participatory

music is not always participatory

Just after the world ground to a halt due to the coronavirus, James Black [they/them] found themselves in receipt of a large working grant from the Danish Arts Foundation. They had the means to compose, and the lockdown would give them a motive for the specific project they set their mind to. This recording is what they produced – an album bound by restriction and that flirts with failure, but delivers powerfully on the fundamentals of art and expression. 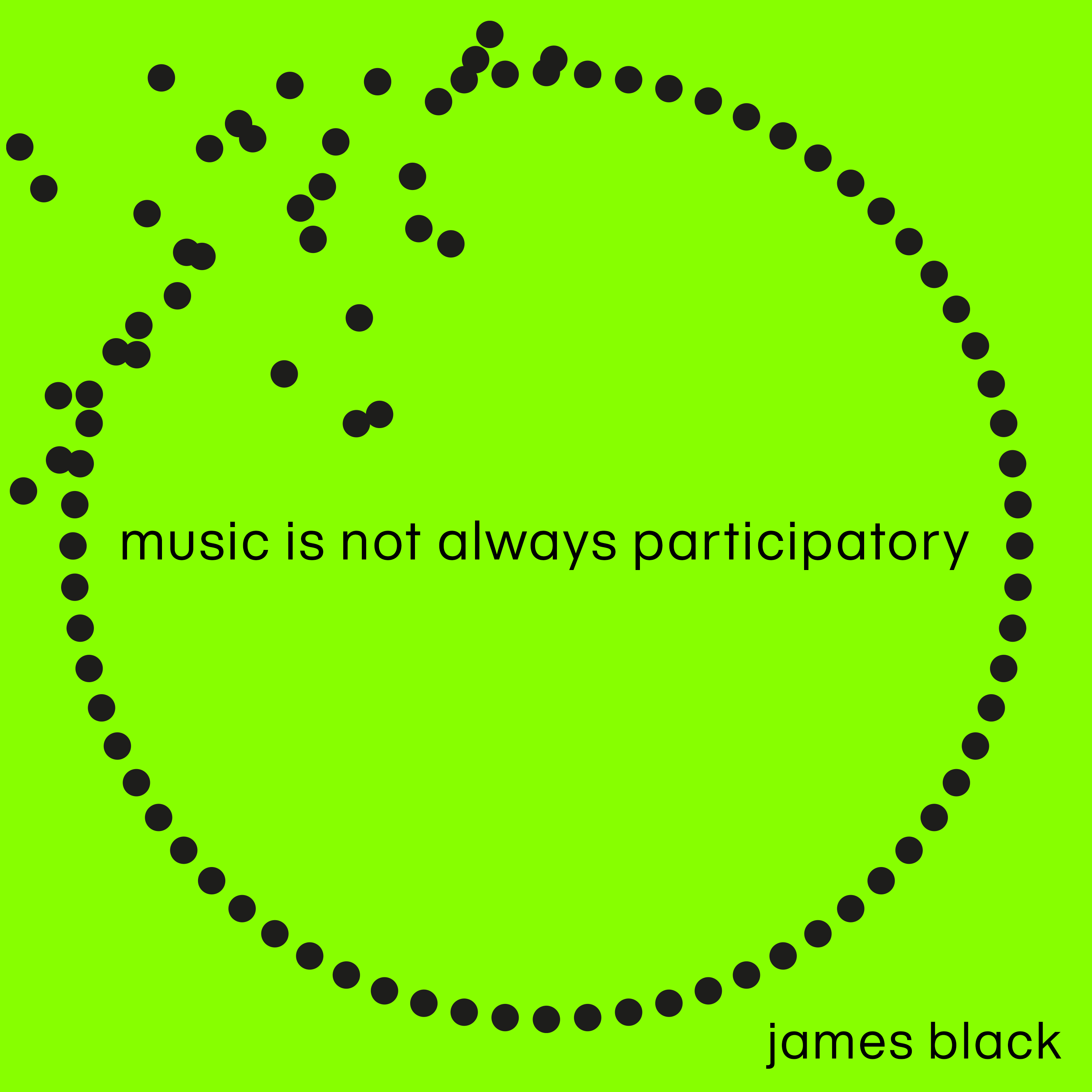 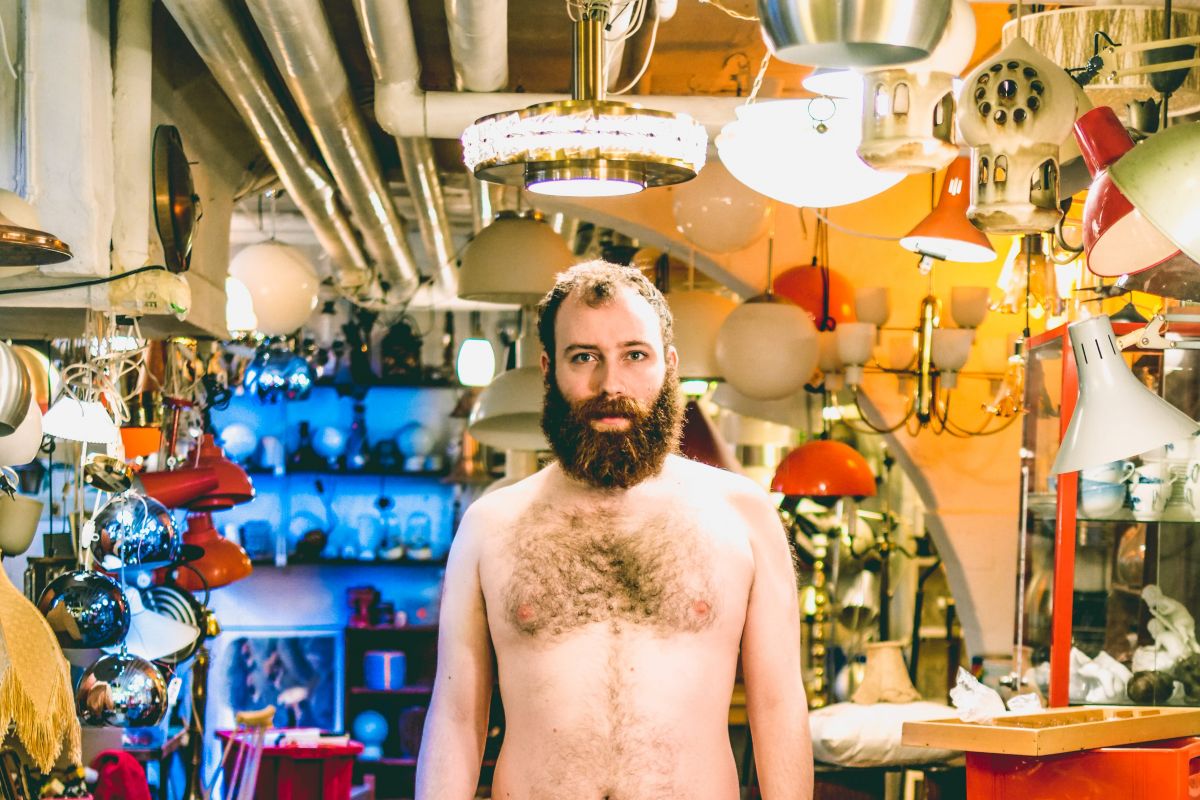 The dogma of the impossible

‘I do believe music can have positive effects on your life’, James Black [they/them] told the Danish music journal Seismograf in 2018; ‘if nothing else, it will get you out of the house’.

In March 2020, not even music could do that. Just after the world ground to a halt, Black found themselves in receipt of a large working grant from the Danish Arts Foundation. They had the means to compose, and the lockdown would give them a motive for the specific project they set their mind to.

This recording is what they produced – an album bound by restriction and that flirts with failure, but delivers powerfully on the fundamentals of art and expression.

James Black was born in the southwest of England. After four years in the Music Department at Oxford University, they entered the Royal Danish Academy of Music in Copenhagen, presenting their graduation concert in 2018. A year earlier, Athelas Sinfonietta Copenhagen had given the first performance of Black’s ‘Raus’ at Tivoli Concert Hall – a score in which elements of noise music are shunted-up against the innocence of schoolroom recorders, the purity of folksong and the directionless mania of computer-game music. Black appeared with the orchestra on stage, standing behind their Casio keyboard in a white tuxedo.

‘The idea of combining things that don’t really have anything to do with one another – getting them to talk to each other in strange ways – is something I’m quite obsessed with’, says Black. There is plenty of that in ‘Music is Not Always Participatory’, much of which was created on the same Casio keyboard but this time almost entirely alone. There are, however, two guests spots: music is not always participatory, but here it’s not always un-participatory either.

Otherwise, the album represents a series of departures for Black. It is not notated and was realized almost entirely via electroacoustic means (‘I had not made a “track” until this album’, Black says). From a composer who thrives on collaboration – for whom the performance of music is usually an overtly participatory, communal event – it represents another shift. Working alone on a solo album was a chance ‘to create an object, frozen time, an impenetrable bubble’, they say. While their teachers at the Academy encouraged them to strip down, remove and subtract, here Black sought ‘to do the most, make it excessive and gaudy – too much, in fact, to the extent that I ended up taking things away to find how much of “the most” was actually appropriate’.

More recognizably, ‘Music is Not Always Participatory’ has a long-form structure that rises and falls. It even ends, like ‘Raus’ and other pieces from the same source, with an emancipatory song – in this case, a Schubert Impromptu that offers one of two essential Black cameos. The rest of the music is festooned with Black’s musical fingerprints – Roman Catholic hymnody, computer game music, ‘a kind of techno-pagan trash-folk that treats all of its sources with reverence and respect’.

However trashy the aesthetic, the music is underpinned by the rigorous compositional structures and systems Black cleaves to, notably their refraction of the Infinity Series – the integer sequence propagated by the Danish composer Per Nørgård. ‘Systems, structures and series are a way of shutting out other thoughts,’ says Black; ‘it’s always a meditation, and frees up other parts of my brain’.

The overall structure is similarly meticulous. The computer game interludes ‘You win’ and ‘You lose’ – in C major and C minor respectively – surround a trilogy of three ‘music’ types. Before that grouping we hear the prologue ‘I think you’re really cool’, the first piece proper ‘SHEL’ and the bloody lullaby ‘Baby’s teeth’; after it the album reaches its apex with ‘Antifleur’, improvised on a looping drum machine, and ‘The Future of Classical Music (Award Winning Performance)’, a final recourse to analogue lyricism.

Running electronic drum machines through ‘impossible tempi’ creates the equal but opposite force that counterbalances the solitary hymn of ‘I think you’re really cool’ and the eight hymns layered on top of each other and set in slow motion of ‘Music for use’. ‘Baby’s teeth’ features the first of the album’s guest contributions: an improvised song sent to Black by the composer Bára Gísladóttir, under which they lay a metamorphosing drone derived from a telescoped version of the Infinity Series whereby groups of two sequenced notes, at low pitches, are played at the same time; when Gísladóttir’s song intensifies, the chord is thickened.

That process is advanced in ‘Angel’s Music’, where the contributed material is a song by Black’s fellow Copenhagen composer Connor McLean. ‘I chopped the song up into bits, using the Infinity Series to dictate the durations in time’, says Black. Over this distorted version of itself, Black lays hyperactive sounds from the Casio’s pre-programmed drum machines and a chord sequence also derived from the Infinity Series. ‘Folk Music’ takes the same process but strips it back to a more delicate, balletic state, this time using the English folksong ‘Rufford Park Poachers’.

‘SHEL’ and ‘Antifleur’ stand as pillars at either end of the album, sitting inside its prologue and epilogue. The first provides the album’s most obvious manifestation of the Infinity Series: the tone row used by Benjamin Britten in his opera ‘The Turn of the Screw’ is fertilized with the Series to form its own spooling sequence which is then pitched in canon with itself, its overlaps creating crunching dissonances while the Casio’s drum machine patterns alternate in overdrive. ‘The idea was to make a kind of Techno track, including a drop’, says Black.

After the plastic tragedy of ‘You lose’ – whose smudging quartertones convey the resignation of loss like a grand chromatic aria at the end of a Richard Strauss opera – comes ‘Antifleur’. It is derived from an earlier work of the same name, with its acoustic elements (saxophone and guitar) removed. What remains is a free improvisation on a Stylophone-styled drum machine whose central touch-pad is divided into assorted drum samples. ‘You can just whirl around it and make amazing crunching electronic sounds, and there’s a loop function as well’, says Black; ‘some other Stylophone samples are also laid on top, structured according to the Infinity Series’.

The practice of facing-off two contrasting elements to create a third runs through the album from the start but for their finale, Black just gives us one – or so it seems. ‘The Future of Classical Music (Award Winning Performance)’ is Schubert’s Impromptu in G flat major D 899 with a twist: played by Black in a single take on an out-of-sorts piano. The idea of compromise is there in Black’s accomplished but perhaps inexpert performance – in the moment they have to instantaneously backtrack, reaching to re-take a note. Here is the ‘built-in failure’ that presented itself as a theme for exploration as cultural life in Denmark, Europe and the world shut down.

In Schubert’s music, that moment of failure seems to be the one in which the performance blossoms; as in ‘SHEL’, human-induced imperfection provides the beauty and resonance while the computer spools faultlessly through its systems. ‘The sounds aren’t really the focus’, says Black; ‘it’s more the ideas behind the sounds’.