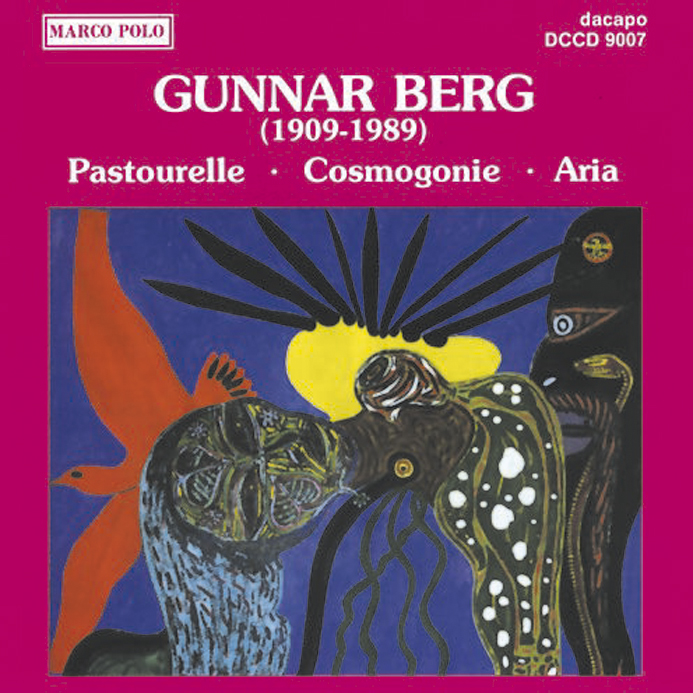 Aria for flute and orchestra (1980-81)
The meeting between Gunnar Berg and Andras Adorjan resulted in the flute concerto Aria, which was completed in 1981 in Switzerland and performed for the first time in 1984 on Danish Radio by Adorjan, with the Danish Radio Symphony Orchestra, conducted by Tamas Vetö. The title refers to the original meaning of the Italian word, \\air\\, rather than to any musical form. The character of the one-movement composition can be described as airy and is thus well suited to the solo instrument. In contrast an often insistent but brief repetition of the same note appears as an important structural element throughout the whole work. The instrumentation is generally transparent, with a flickering impression created by sharply differentiated rhythms and the frequent use of quarter-tones. There are very few occasions when the orchestra, with single wind and a percussion section dominated by the xylophone, joins together in a tutti. The solo flute part demands considerable virtuosity, with its widely differentiated rhythms and elaboration of sonorities closely associated with the two flutes of the orchestra. The composer clearly intended to extend the expressive range of the flute in this work, which was in 1988 recommended for the Nordisk Musikpris (Scandinavian Music Prize).

This CD has been recorded in cooperation with Danmarks Radio"
Array ( )