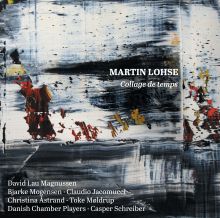 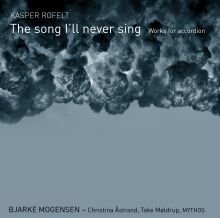 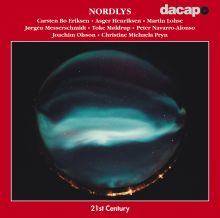 After his highly acclaimed debut concert from the Royal Danish Academy of Music in 2005, Toke Møldrup has given concerts in some of the world?s major concert halls, including the Weill Recital Hall at Carnegie Hall in New York, Wigmore Hall in London, Daiichi Seimei Hall in Tokyo, and the Musikverein in Vienna. He has won several international awards, including first prize at the European Broadcast Union?s “New Talent” Competition in Bratislava in 2007, and first prize at the Danish String Competition in 2006. In 2003, as a member of the Paizo Quartet, he was awarded the Grand Prize at the 4th Melbourne International Chamber Music Competition. In Denmark Toke Moldrup has received numerous grants and honors, including the Jacob Gades Prize, the Harby Prize, and the Danish Music Critics' Artist Award. As a soloist he has played with orchestras in Denmark and abroad, under the baton of conductors such as Aldo Ceccato, Mika Eischenholz, Morten Ryelund Sørensen and Joshua Weilerstein.

In addition to his studies in Copenhagen, Cologne, Chicago, Karlsruhe, Zagreb, Vienna, and his birthplace of Aarhus Mr. Møldrup has participated in various master classes, for example Kronberg Academy in Germany and the London Master Classes, with artists such as Valter Despalj, David Geringas, Ralph Kirschbaum, Yo-Yo Ma, György Kurtág, the Amadeus Quartet, and the Alban Berg Quartet.

His collaboration with the Israeli pianist Yaron Kohlberg began in 2007 when the two musicians met at the Tivoli International Piano competition in Copenhagen. Since then the two have played concerts together in Denmark, Israel, and North America. Their newly released CD, entitled "Passionate" contains works by Stravinsky, Shostakovich, and Ginastera, among others.

Over and above Mr. Møldrup?s strong focus on the standard cello repertoire, he has a keen interest in numerous other musical genres, and particularly in contemporary Danish music. Danish Composers such as Simon Steen-Andersen, Anders Koppel, Per Nørgård and Kasper Rofelt have all dedicated works to him.