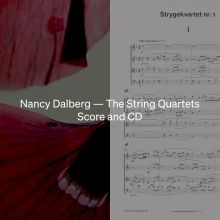 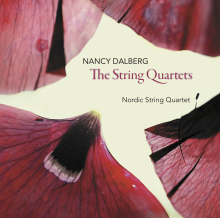 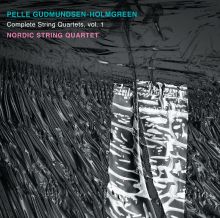 Nordic String Quartet was formed in 2013 and consists of Heiðrun Petersen (the Faroe Islands) and Mads Haugsted Hansen (Denmark), violins, Daniel Eklund, viola (Sweden), and Lea Emilie Brøndal, cello (Denmark). Within the space of just a few years, the quartet has established itself both nationally and internationally. The quartet has also played together with a number of internationally recognized top musicians, including Boris Berman, Sergejs Osokins, Anthony Newman, Mats Lidström, and Michala Petri.

By invitation from the Danish royal family, the Nordic String Quartet played in August 2013 at Queen Margrethe and Prince Henrik’s castle in Caix, France. In 2014, the Nordic String Quartet was accepted as an ensemble in the Advanced Postgraduate Soloist Programme at the Royal Danish Academy of Music, Copenhagen, where it studied with Professor Tim Frederiksen. Along with Messiaen Quartet Copenhagen, Trio Amerise and Dahlia String Trio, the Nordic String Quartet has been actively involved in running the Østerbro Concert Association. This is a distinctive music association which builds bridges between various chamber music constellations and which constantly strives to communicate musical experiences ‘at eye level’ with its audiences.

Nordic String Quartet has a particular predilection for Nordic composers. This applies not only to earlier, world-famous names such as Grieg, Nielsen, and Sibelius but also to up-and-coming present-day composers such as Martin Stauning and Andrea Tarrodi, who also feature in the quartet’s repertoire. For as a Nordic string quartet, the four musicians of the quartet feel they have a special obligation to communicate the repertoire of this part of Europe. After their successful debut album with the first six string quartets of Pelle Gudmundsen-Holmgreen (Dacapo Records, 8.226217, released in February 2019), the Nordic String Quartet now present the first integral recording of Nancy Dahlberg’s contribution to the genre in 20th-century Denmark.