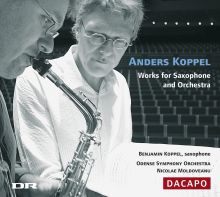 Nicolae Moldoveanu (conductor) was born in Romania but emigrated to Switzerland in 1986, where he studied conducting with Wilfried Boettcher, Horst Stein, Ralf Weikert and Antal Doráti at the Musikhochschule in Zürich, Basel and Bern, also attending master classes with Lothar Zagrosek and Sergiu Celibidache. In the UK, whilst at the Royal Academy of Music in London, his teachers included Colin Metters, George Hurst and Sir Colin Davis. He also took part in master classes with, amongst others, Ilya Musin, Leonard Slatkin and Sir Roger Norrington. Upon graduating from the Academy, he was awarded the Edwin Samuel Dove Prize for special merit as well as the Ricordi Conducting Prize. In 1994 Nicolae Moldoveanu was appointed Arts Council Young Conductor to the Bournemouth Orchestras. In 1997 he was elected an Associate of the Royal Academy of Music and the following year he was appointed Principal Conductor of the English Sinfonia. In September 2002 Nicolae Moldoveanu took up he
position of Associate Guest Conductor with the London Mozart Players.
randomness