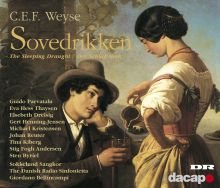 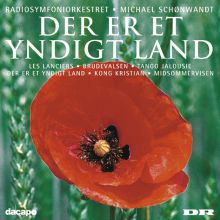 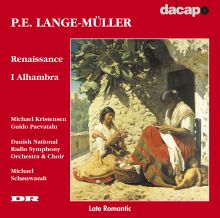 Michael Kristensen trained at the Royal Danish Academy of Music in Aarhus and at the Opera Academy in Copenhagen. He made his debut in 1994 as Spoletta in Puccini’s Tosca at the Royal Theatre, Copenhagen, where later roles have included Leander in Carl Nielsen’s Masquerade, Don Ottavio in Mozart’s Don Giovanni, Tamino in The Magic Flute, Ferrando in Mozart’s Così fan tutte, Laërtes in Ambroise Thomas’ Hamlet, Truffaldino in Prokofiev’s The Love for Three Oranges, the First Mate in Wagner’s The Flying Dutchman, Cassio in Verdi’s Otello and the Helmsman and the Shepherd in Wagner’s Tristan and Isolde. In the 1999/2000 season he sang the title role in Kunzen’s Holger Danske in the first modern stage performance of the opera. Michael Kristensen has also sung Alfredo in Johann Strauss’ Die Fledermaus at Opera Ireland in 1998. He has sung in a number of concerts and recorded several CDs with among others the Danish National Radio Symphony Orchestra, for example in Once Upon a Time, conducted by Michael Schønwandt, and in Moses by Herman D. Koppel, and he also appears in the complete Decca recording of Carl Nielsen’s Masquerade. In the 2000/2001 season he is appearing in Holger Danske, Queen of Spades, Otello and Capriccio.
tenormichael.com
randomness