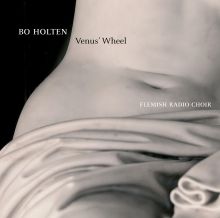 Luc Tooten is the first cello soloist of the Brussels Philharmonic "the Flemisch Radio Orchestra". He graduated from the Conservatory of Brussels. He completed his studies by taking international master classes given by Gerhard Haman in Sweden, Edmond Baeyens in Brussels, Reine Flachot in Paris and Mistislav Rostropovitch in Switzerland.

Afterwards, he embarked upon a career both as chamber musician and as a soloist, resulting in several recordings on CD. For the label Pavane he recorded the cellosonates of Saint Saens, the five pieces for cello and piano of Fr. Liszt and for Senza Nome the complete works for cello and piano of Edouard Lalo. The recording of a work of L. De Vocht for cello and orchestra was attributed the qualification "Choc" in 2005 by the periodical 'Le Monde de la Musique'.

His many concerts in chamber ensembles have taken him to most countries in Europe as well as in Canada, in China, in the U.S.A, in Mexico, in Argentina, in Israel and in South Africa. As a soloist he performed at national and international concerts conducted by most renowned Belgian conductors as well as by international conductors including Yoel Levy, A. Rahbary, Jan Latham-Koenig, A. Borejko and Tan Dun. At the request of the latter, he acted as soloist for the creation of the works "Crouching Tiger" and "The Map".

His discography is very interesting: Chamber music by C. M. Von Weber, interpreted with pianist Stéphane de May; The cello sonatas of Saint Saens and Lalo with pianist Benjamin Rawitz; Chamber music of Cesar Franck, Chopin, Mendelssohn, Schubert and Debussy recorded for the Belgian label Pavane with "Trio Portici" : Stéphane de May, piano and Damien Pardoen violin. Of late, he has recorded a novel CD together with Stéphane De May devoted to the tango. His recordings and recitals have received much praise from the critics: "This concert was performed from the beginning to the end with authority and exceptional "présence" by Luc Tooten. Sonority, rhythm, expression and sensitivity. Here are the qualities of a great musician". (France). Luc Tooten plays a magnificent instrument by Allesandro Gagliano, built in Naples in 1705.