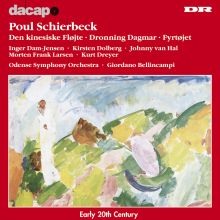 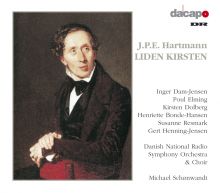 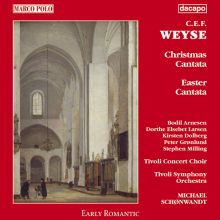 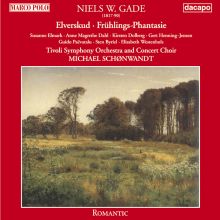 Kirsten Dolberg trained at the Royal Academy of Music, Århus, as an organist and choral conductor, and graduated in 1972. She studied singing with Bodil Magid and later with Hans Gertz of the Opera Academy in Stockholm. She has also studied with Anna Reynolds for several years. Kirsten Dolberg has given innumerable lieder recitals and concerts, has appeared in opera productions, and has performed with important conductors like Raphael Frühbeck de Burgos, Gary Bertini, Okko Kamu, Leif Segerstam and Donald Runnicles. Her performance in Mahler's Das Lied von der Erde with Jean Cox at the Tivoli Concert Hall was unique. In 1994 she performed Des Knaben Wunderhorn on several occasions at the Royal Danish Opera. Kirsten Dolberg has appeared several times in Verdi's Requiem, and each time a unanimous press has acclaimed her performance. In 1992 Kirsten Dolberg sang the contralto part in the St. John Passion at the Tivoli Concert Hall with Peter Schreier conducting, and she was immediately invited to appear in his performance of the St. Matthew Passion the next season. Kirsten Dolberg has recorded Mahlers Second and Eighth Symphonies with the Danish National Radio Symphony Orchestra conducted by Leif Segerstam. She made her opea debut in the Danish National Opera's production of Der Ring des Nibelungen as Erda and the First Norn. She has appeared in the same roles in the Chatelet Opera's new production conducted by Jeffrey Tate, and has also guested at the opera in Oslo.
randomness