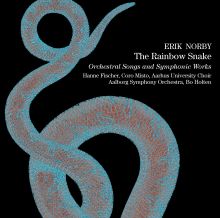 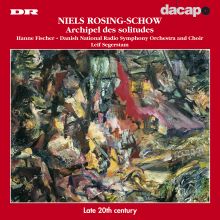 Hanne Fischer took her diploma from the Royal Danish Academy of Music in Copenhagen in 1993 - the same year as she made her debut as Cherubino in The Marriage of Figaro at the Royal Theatre, Copenhagen. From the 1993-94 season until 1997 she was with the Opera in Kiel, where her roles included Siebel in Gounod’s Faust, Second Lady in The Magic Flute, Dorabella in Così fan tutte and Cherubino in The Marriage of Figaro, Hansel in Hansel and Gretel, the title role in Rossini’s La cenerentola and Idamantes in Mozart’s Idomeneo. In the summer of 1995 Hanne Fischer made her debut at the Glyndebourne Festival, where she was invited back to sing Isolier in Rossini’s Le Comte Ory in the summers of 1997 and 1998. At the Flemish Opera in Antwerp in the autumn of 1997 Hanne Fischer sang Annio in La clemenza di Tito and in December 1998 Idamantes in Idomeneo, which she also sang at the Opera in Bonn in May 1999. Since the autumn of 1997 she has been permanently engaged by the Royal Theatre, where her roles have included Rosina in Il Barbiere di Siviglia, Dorabella in Così fan tutte, Zerlina in Don Giovanni, Suzuki in Madama Butterfly and Smeraldina in The Love for Three Oranges. She has been awarded the Noilly Prat Music Grant and the grant Elisabeth Dons Mindelegat.