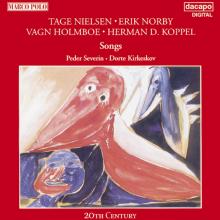 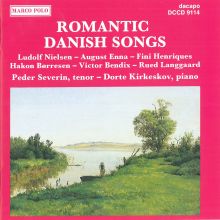 Dorte Kirkeskov studied with Esther Vagning and John Damgaard at the Royal Danish Academy in Copenhagen. She was awarded a scholarship that allowed her to study for two years with Hans Leygraf at the Mozarteum in Salzburg and at the Staatliche Hochschule für Musik und Theater in Hannover. After her debut in 1977 she continued her studies with Eke Mendez in Switzerland and participated in international master classes with Guido Agosti, Martha Agerich, and others. Subsequently Dorte Kirkeskov has had many concert engagements in Denmark and in other countries including Poland, Holland, France, Spain, and Switzerland as well as the former Yugoslavia, Czechoslovakia, and East Germany. In Denmark she has appeared on national radio and television, and in addition she has given solo recitals and played piano concertos with the Danish symphony orchestras. She has also made countless appearances as a chamber musician and accompanist, and has been featured as an accompanist on several gramophone records and CDs.
randomness