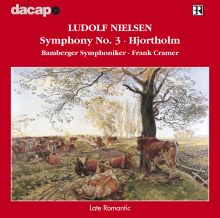 The Bamberg Symphony Orchestra was founded in 1946 by former members of the German Philharmonic Orchestra of Prague and by musicians from Karlsbad and Schlesien who came to Bamberg as refugees from the Second World War. Its Bohemian musical style, its discipline, its virtuosity, and its sound culture made the orchestra an instant success. It was the first German orchestra to be invited to give concerts in France after the war. Soon thereafter, the orchestra went on concert tours throughout Europe, to North and South America, Asia, and Africa. Renowned conductors such as Joseph Keilberth, Rudolf Kempe, Hans Knappertsbusch, Clemens Krauss, Eugen Jochum, Horst Stein—the orchestra’s honorary conductor for life—and Ingo Metzmacher have shaped the Bamberg Symphony Orchestra and created a distinctive sound culture, one which is associated with the orchestra until the present day.
The opening of the borders to the East has also opened up new possibilities for the orchestra. Bamberg is now situated, in accordance with its geographical and political position, at the center of German and European musical activities. After the completion of the acoustically superb Bamberg Concert Hall in September 1993, the orchestra now has a suitable location as is fitting for "one of the leading orchestras in Europe," as Eugen Jochum has put it.
The artistic and future-oriented shaping of the orchestra during the coming years will be in the hands of Jonathan Nott, principal conductor of the orchestra starting in January 2000. Furthermore, the orchestra will work regularly with the conductors Michael Gielen, Hans Zender, Ivan Fischer, and Michael Boder.
randomness