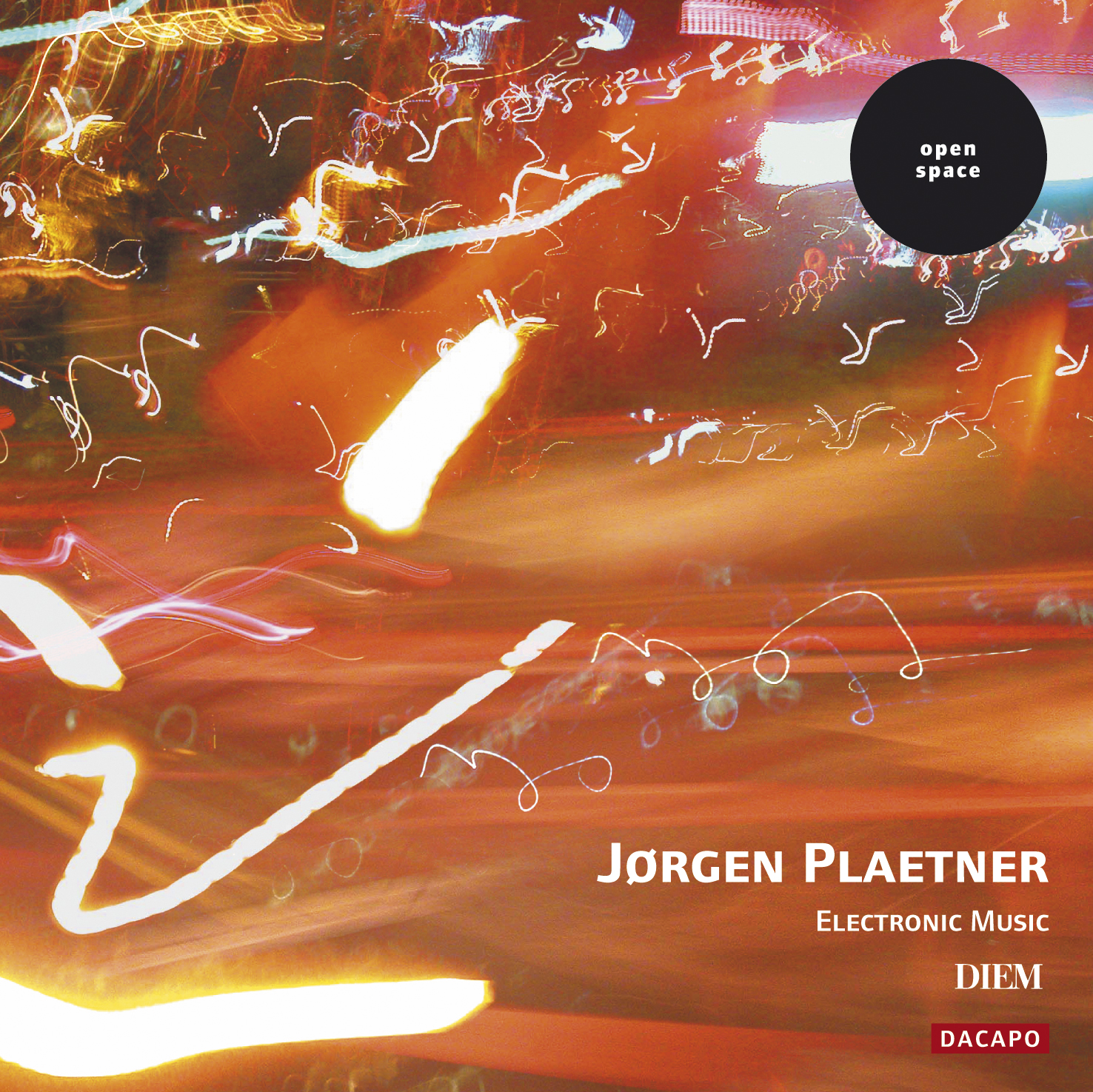 Jørgen Plaetner (1930-2002) was a pioneer of electronic music in Denmark. He created most of his 57 electronic works in the period 1960-74, but his oeuvre also includes works for orchestra and ensembles, piano sonatas and works for children and young people. Plaetner was admitted to the Royal Danish Academy of Music in 1949. There he trained in composition and music theory as well as organ and carillon. His interest in the electronic idiom was aroused during his Academy period, not least as a result of his participation in the post-war Darmstadt courses, which Plaetner attended three times - the first time as early as 1950. Plaetner's electronic works were almost exclusively produced either in his private studio in Kalundborg (probably Denmark's first home studio) or in the now closed-down Holstebro Electronic Music Studio (HEMS), which he managed in the period 1967-77. The works, like those of the German pioneers, were based on synthetically generated sounds (sinus waves) extensively manipulated with tape recorders, where the tapes with the electronically generated sounds were subjected to speed changes, backward playing and meticulous editing into small fragments, followed by combinations in new configurations and orders.

Plaetner's Beta is music that is to be played loud and listened to with the whole body! Beta's sound universe, with the restless intensity of its pent-up energy, speaks its own clear language to a younger generation of listeners and musicians who can hear references to psychedelic rock, heavy metal, house and hardcore techno because of the energetic, distorted, pulsating and insistently repe-titive noise-drones over which a number of completely unpredictable sound scenarios are played out. The work evokes associations with the experimental rock guitarist's noisy inferno of soundscapes.

Beta was thus ahead of not only Jimi Hendrix' psychedelic noise-scapes, but also one of the decades most highly profiled noise works, Steve Reich's Pendulum Music from 1968.

As a direct contrast to Beta's pulsating rhythms, Modulations fluctuates rhythmically. The work sounds like a dramatization of the microcosmic world of madness that Hans Christian Andersen described in the tale The Drop of Water, and Modulations can be viewed as a satire on the possibilities of technology and mankind's powerlessness in the face of these possibilities. The pulsating drive gives the work a certain static quality, but as is also the case in Beta, it develops with rising intensity and a cacophony of unpredictable sound clashes. Much of the work consists of tape loops, and about halfway through these loops become quicker and shorter, and a number of different loops begin to be heard superimposed on one another. The specific juxtapositions of different sounds are not meticulously planned in advance. Instead Plaetner set the tape recorders in motion with loops of different duration and permitted the technology to play along like a kind of co-composer, since the overlappings of the tape loops are constantly displaced into new constellations - a technique that points directly forward to Steve Reich's electronic minimalist works It's Gonna Rain (1965) and Come Out (1966).

Nocturne seems to a great extent to be a more traditional electronic work. Like much other electronic music of the period it can be seen as an attempt to meet the public halfway in the concert situation by involving live musicians - in this case a flautist who plays live to the electronic tape music. According to Plaetner, Nocturne describes a night-time sea voyage. The faint, glimmering lights on land are symbolically represented in the constant fade-ins and fade-outs of the music, brightening up as one passes them.

The Lovers was created in collaboration with the poet Poul Borum. The point of departure was eight colour transparencies by the visual artist Helge Ernst, for which Poul Borum wrote eight poems, including The Lovers, which he subsequently himself recorded speaking, singing, whispering and shouting. Then the voice was set with electronic sounds.

According to Plaetner, the ‘pictorial' title Figures in water applies to the forms and figures that appear in water in the spectrum between the dark life of the bottom and the light-reflections of the surface - in other words an alternation between the traditional foreground and background perspec-tive in the pictorial world. There are sound--parallels with the muddy, obscure contours and structures of the bottom, the gambolling of strange, fabulous animals among the weeds, and recognizable objects that bob past between the sun flashes on the ripples of the surface. At the overall level Figures in water takes the form of a slow ascent through the frequency spectrum. Towards the end, the tempo slows little by little and it is as if the waves fall calm and the reflections on the water surface are gradually erased.

Hieronymus Bosch refers to the Netherlandish Renaissance painter who lived in the second half of the fifteenth century, and who has since disquieted the world with his profoundly strange, almost surrealistic pictures of human excesses, in among other settings Hell, Purgatory and Heaven. According to Plaetner the work tries to capture the atmosphere of the old master's pictures with what to our time seems a complex symbolic language. Perhaps this reference was established by Plaetner because the sound-world of electronic music also offers the scope to create unreal worlds; in this case a game with just one sound-source which tears at the silence in ever-new variants of the same rhythmically insistent sound, especially midway through the work, where the association with a hammer drill (a Bosch, perhaps?) seems tempting.

Sonata for Tape Recorder refers to the classical tradition's tripartite sonata structure. The work begins with a pulsating beating sound which several times returns among other types of beating on various materials and among diffuse, indeterminate sounds which to various degrees are subjected to echo and ricochet effects. Despite the middle passage's percussive demolition mood, most passages seem to be almost quiet explorations of a variety of sound-worlds and spatial dimensions set in a suite form. The work is also bound together by an ascending motion of frequencies related to the one that can be heard in Figures in Water.

Alpha is the first composition in a series of four works, Alpha, Beta, Gamma and Delta (the last two have been lost) that Plaetner composed in years 1962-63. Alpha is decidedly an exercise and constitutes a kind of acoustic DNA material for several of Plaetner's other works. The piece begins with the sound of nothingness in the form of static, low drones. Out of this void grows an unreal universe of alien creatures - a kind of highly compacted auditive parallel to evolution and the first million years of the history of the world.