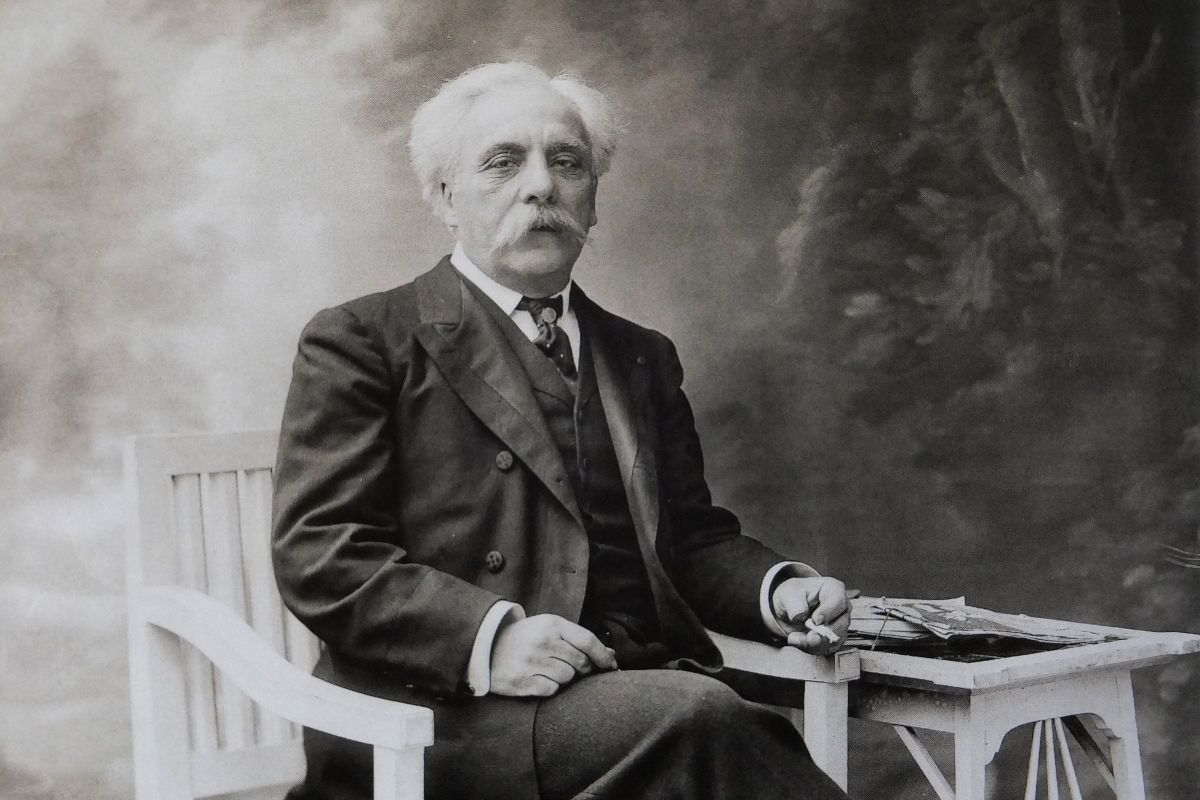 Poetry. Passion. Sensitivity. Gentleness. Beauty. Fauré is a favorite of those who seek musical pleasure. Works like Requiem, Sicilienne, Pavane, Berceuse and Après un rêve are shoo-ins on any list of stress-free music.

But saying that Fauré only wrote music for relaxation is only half the truth. When Fauré was born, Chopin was at the height of his career. When Fauré died, jazz and modernist atonality had arrived. His works run the gamut from one extreme to the other.

He began his career early. He was just nine when his family sent him from the Pyrenees to Paris to study music. There, a few years later, he became a student of Camille Saint-Saëns, who was 12 years his senior. The two remained close friends, spiritual kin and colleagues for the rest of their lives. Fauré made his living as an organist, while his popularity as a composer steadily grew among French audiences. The French wanted musical poetry and beautiful sound in short forms, and Fauré’s sensual miniatures fulfilled that demand. His most popular works were written in the 1870s and ’80s.

But Fauré had ambitions beyond mere pleasing. Over time, he developed a more complex and harmonious style that would later have great influence on his students, among them Maurice Ravel and George Enescu.

Fauré’s influence on later French composers cannot be overestimated. In 1896, he was named professor at the Paris Conservatory. From 1905 to 1920, he served as director there and diligently worked to modernize conservative teaching forms and integrate the musical thinking of a new age.

In his last decade, Fauré was France’s most distinctive musical personality. He became a national icon and was regarded as the leading and most advanced French composer. In 1922, he was celebrated at a national hommage at Sorbonne University in Paris led by President Millerand.

His late works demand more of the listener than his 30-40-year older favorites. They push the boundaries harmonically and have a refreshing unpredictability. Meanwhile, they maintain the charm and laidback elegance of his youthful works. Fauré’s music evolved a lot, but it never became violent or aggressive.

Fauré died in 1924, at age 79. A respected music scholar later described him as ”More profound than Saint-Saëns, more varied than Lalo, more spontaneous than d’Indy, more classic than Debussy. Fauré is the master par excellence of French music.”