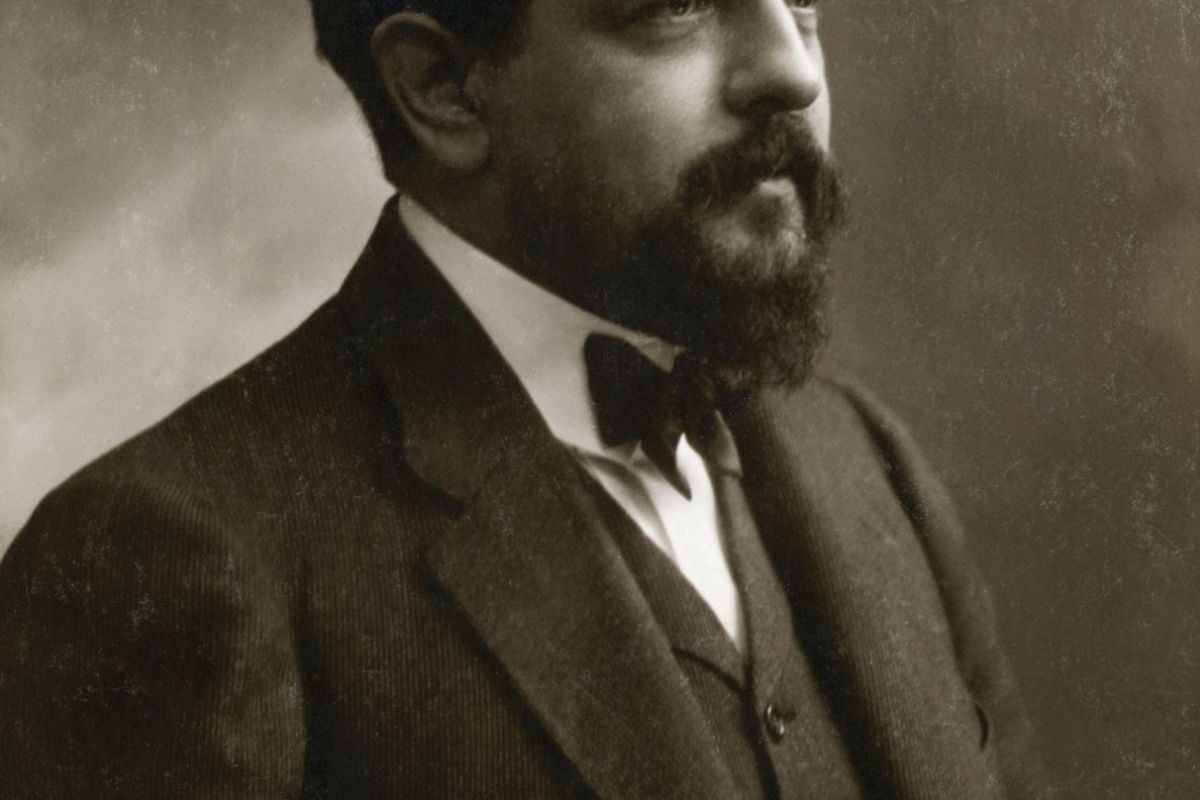 Debussy inarguably belongs on any list of the most popular composers of all time. His works are loved for their sensual moods, peerless timbres and gentle expressions. But they also contain drastic experiments and in their day brought on a sea change in the way music was viewed.

Debussy started his career as French music’s enfant terrible. At age 11, he was accepted into the Paris Conservatory, where he quickly gained notoriety as a breaker of molds who played and composed in an unorthodox manner without regard for prevailing musical conventions.

His inspiration was the Symbolist literature and art of his day, which subordinated reality to the inner world of the soul. In that mindset, old academic expressions were all but useless. Familiar forms, genres, scales and musical laws were jetti soned and replaced by dreams, the subconscious and exotic sounds.

He supplemented major and minor with new scales, in particular the whole tone scale, which is tension-less and points nowhere, and the five-note pentatonic scale, which has an exotic effect. Inspired by unfamiliar aesthetics, such as Balinese gamelan music, he created static textures that mutate through the use of timbre – all of them musical revolutions that won Debussy acclaim on Parnassus but hampered his broad popularity.

In his small orchestral piece Prelude to the Afternoon of a Faun, from 1894, Debussy definitively broke with the norms. The music is one big enigma. A prelude to something we don’t get to hear. Debussy cultivates a similar evocativeness in his Preludes for Piano, 24 separate pieces that bear no titles but instead are referred to by symbolic afterthoughts, such as ”The Sunken Cathedral” or ”Dancers of Delphi.”

Debussy is often likened to his contemporaries in French painting, the Impressionists, and today he is considered a pioneer of musical Impressionism. For his part, he found the term misleading. His music is not foggy and fuzzy but always has a precise goal, and it only got sharper over the years.

Late in life, Debussy grew very interested in the distinctiveness of French culture. His last works are neoclassicist, often with a pointed humor, and he published his scores in the 18th-century style. He refused to be called Impressionist and instead preferred the sober title ”musicien français,” French musician.

Debussy died in Paris, 1918, after almost 10 years with cancer. Paris was under attack by the Germans, and his funeral was without the official ceremony that his musical importance would have justified, even as the world was finally beginning to listen.