Matias Vestergård (b. 1989) is a rarity on Denmark’s new music scene: a composer fluent, flexible, prolific and polystylistic, who draws on genres ranging from hymnody to cabaret while probing some of the basic theories of sound and its production. The music recorded here was written during Vestergård’s formative years and charts a process of self-discovery described by the composer as ‘my younger self trying to deal with the serious classical music heritage I love.’ 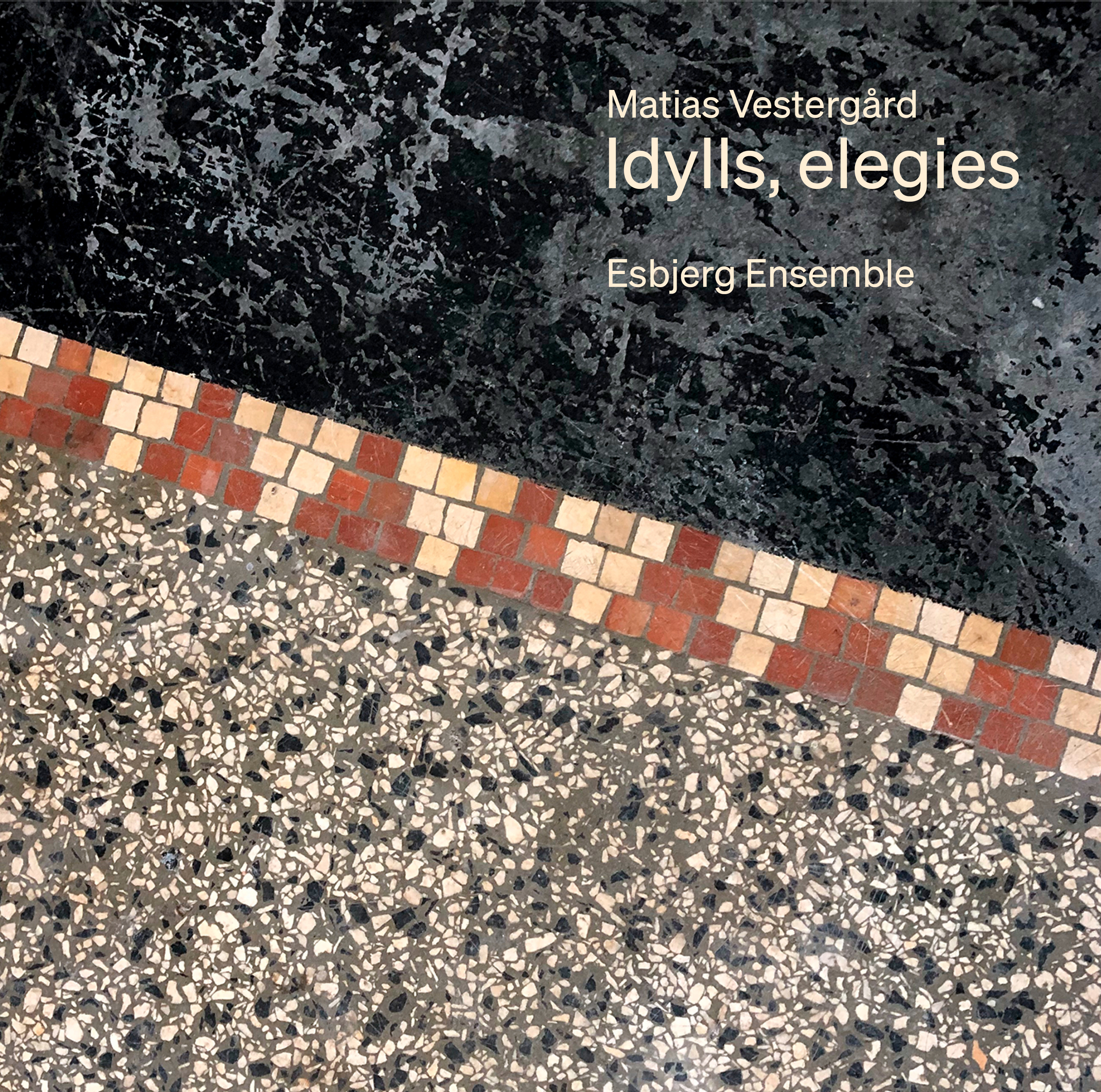 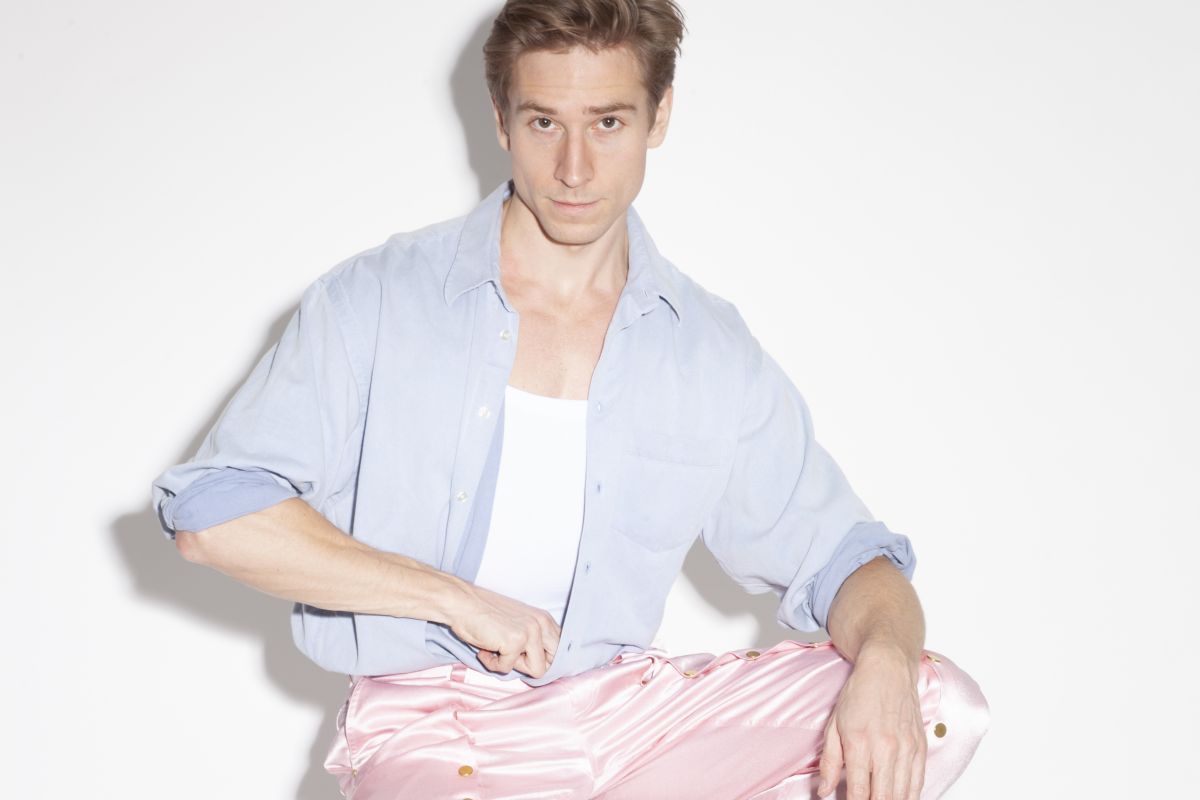 Matias Vestergård © Nadia von Rikka
Roll over, Mozart [...] Vestergård has a giant toolbox to work with
Sune Anderberg, SEISMOGRAF
Esbjerg Ensemble is playing the music with life and zest
Peter Dürrfeld, Kristeligt Dagblad
It is sensuous, pictorial and very dynamic music. Vestergård is definitely one of the contemporary composers who deserves attention
Evanthore Vestergaard , Kulturen.nu
Under the direction of Magnus Larsson, the Esbjerg Ensemble succeeds in finding new aspects in each new score and presenting them with exquisite delicacy
Marçal Borotau , Sonograma Magazine
Eclectic influences can be found in these works, from chorales of the Lutheran church or 1920s jazz. A very interesting introduction
Lark Rviews
SELECT PREFERRED FORMAT TO DOWNLOAD SINGLE TRACKS.
Total runtime:
58 min.
Booklet

Before graduating from the Soloists’ Class of the Royal Danish Academy of Music in 2022, Matias Vestergård had written three operas and a complete ballet, the latter for the Royal Theatre in Copenhagen. Even as he emerges onto Denmark’s new music scene as a major new voice, he is a rarity on it: a composer fluent, flexible, prolific and poly-stylistic who draws on genres ranging from hymnody to cabaret while probing some of the basic theories of sound and its production.

The music recorded here was written during Vestergård’s years at the Academy, charting a process of self-discovery described by the composer as ‘my younger self trying to deal with the serious classical music heritage I love.’ Among his chief influences in the late 2010s were the words and music of Ferruccio Busoni, but these ensemble pieces also contain unmistakable traces of his teachers Hans Abrahamsen and Simon Løffler while occasionally smiling in the direction of the late Pelle Gudmundsen-Holmgreen.

As a pianist and singer, Vestergård approaches the discipline of ensemble instrumental writing with a combination of relish and irreverence. ‘My goal, when writing a lot of instrumental music, is to find the least practical way of writing something very simple,’ he says. ‘I want to write nice melodies, but it’s not that satisfying just to present nice melodies; they need to be broken, hidden or placed behind obstacles.’

Much of the time, those melodies are chorale-like tunes – a residue of the composer’s DNA as a church musician. ‘The idea of people singing the same rhythm in four-part harmony is meaningful to me,’ the composer says. Scattered, splintered and hidden chorales are strewn about the music included here, but are rarely obvious. ‘If you have a chorale as your basic material, you have to work out how to get as far away from it as possible.’

Three Idylls (2017, rev. 2019) was written for the ten instrumentalists of the Esbjerg Ensemble (a string quartet and wind quintet combined, with optional piano and percussion). It was among the first works in which Vestergård considered the full technical potential of the instruments he was writing for rather than conceiving ‘pure music’ and orchestrating it later. That led the composer to explore various extended techniques, including asking string players to use both sides of the bridge at the same time, using the bow under the bridge and pizzicato above it (the technique returns in Træk).

‘Pifa’ references melodies from two Schubert piano sonatas in a scene of open-skied pastoral beauty (much of the lightness is achieved from bowing below the bridge, which is where the first of the Schubert melodies is pitch-mapped – spelt, but undetected).

‘Hetärengräber’ is inspired by Rainer Maria Rilke’s inventory-like poem of the same name describing a mummified Egyptian concubine and the contents of her sarcophagus. The composer was absorbed by the beauty and tactility of the objects as descriptively woven together by the poet, reimagining them using ‘very dry and muted sounds that I think have the feel of clay things, old pearls and so on.’ This movement also uses pitches corresponding to letters from the poem, resulting in what the composer describes as a ‘bluesy A minor scale’.

‘Caccia’ has the thirteenth-century hunting canon ‘Se je chant’ shuffle away dirtily, energetically, close to the ground until an atmospheric shift suggests images of wounded animals. The hornist wails vocally while playing; bows pass over open strings; a tam-tam whooshes.

Six Elegies (2016, rev. 2019) was born during an Esbjerg Ensemble workshop in 2016 but revised considerably in 2019. It appears to be formed of a set of six contrasting character pieces, but the music is bound together by its common basis in two chorales – one by Bach, one by Vestergård himself.

In the first movement, marked ‘frozen, strict’, the composer’s own chorale proves itself barely able to break free from contextual apparatus that forms a musical straitjacket. In the second movement, marked ‘nervous, urgent’, we hear the block harmonies of the Bach chorale alluded to in fits and starts (it will return more comprehensively in the sixth movement, a refraction of Bach’s own prelude for organ on the same chorale, ‘Das alte Jahr vergangen ist’, BWV 614, from Orgelbüchlein). The third movement is marked ‘with desperation’ and the fourth ‘funereal’. In the fifth, all the music heard thus far unwinds as the entire ensemble captures fleeting moments of the previous movements played backwards at high speed.

Like Six Elegies, the string quartet Træk (2019) ends with a chorale. This piece – its Danish title alluding to draft, draught, touch, trait, move, migration, flight – presented Vestergård with a unique opportunity: the chance to write a competition piece that multiple ensembles would play in rapid succession on the same day. Hearing the piece presented by varied ensembles at the 2019 Carl Nielsen International Chamber Music Competition in Copenhagen was tantamount to ‘a whole year of composition studies,’ says the composer.

The competition asked for a technically testing piece just as the composer was beginning to explore ideas of instrumental capability that naturally challenge players and ensemble discipline. From Three Idylls he reprised the idea of strings producing sound with bow and fingers simultaneously, ‘something only a string instrument can do.’

The score’s central conceit is to imagine the quartet as a single avian organism or a tight flock of them. There are explorations of bird sounds and of feathered wing movement. The score asks for considerable virtuosity and acrobatics, and the competing musicians responded admirably in 2019. ‘They all understood it and the technical aspects, even if they all got different results from it,’ the composer recalls.

Some elements of Træk are straightforwardly (though evocatively) descriptive, as in the flexing of the opening ‘Bastard Wing’. Live in concert, the physicality demanded by the music is even more apparent – itself a vicarious reflection of animal behaviour (once more, there is playing below the bridge here). ‘Ghost Movement’ is a Cageian pause in which the musicians are instructed not to put down their instruments, though they make no sounds with them.

The third movement ‘Strejffugle’ (‘Migrating Birds’) was inspired by the imagery of ‘a slow but deliberate walk from the shore into the ocean, undertaken during Autumn’, with the sense of winged creatures overhead. In its opening bars, the score instructs the violins to tune their instruments down a semitone, mid-flight, so that the final chorale can be played on open strings, even if it is split into modules hocketed around the ensemble.

Writing Six Elegies, Vestergård discovered the work of the Danish poet Lea Marie Løppenthin (b. 1987). It was a pivotal moment for the composer, who describes the poet’s work as ‘extremely lyrical and very silly, in a profound way.’ He recognizes the same qualities in himself, he says, but had long struggled to access them in his music, gravitating instead towards a ‘late romantic Weltschmerz’ that had tended to anchor his music in seriousness. (Løppenthin would later write the libretto for Vestergård’s first opera, Titanic, 2019).

To Løppenthin-sange (‘Two Løppenthin Songs’, 2018) have something in common with the laconic, syllabic, phonetic word setting of the late Pelle Gudmundsen-Holmgreen, both in their homespun aesthetic and in the principle of freighting banality with beauty. The selected poems come from Løppenthin’s collection Marts er bedst (‘March is Best’, 2016), ‘very millennial’ poetry, according to the composer, whose titular subjects are ‘wind’ and ‘sleep’ but mine very close, human observations from within those elements.

The piece was written for a singer and the specific instrumental configuration of Figura Ensemble (the double bass later switched to a cello), over which the voice sounds almost disengaged, ‘rather neutral’ according to a score marking. The text takes precedence, its probing and playful qualities always in the foreground.

Francesca Nocturnes (2019) for string trio, flute and English horn presents four responses to the distinctive black-and-white aesthetic of the American photographer Francesca Woodman. ‘I love her blurry shades and dark, grimy backgrounds’, says Vestergård, who compared his writing of this music to ‘editing a photo and tweaking different aspects to make it more grainy or colourful or whatever’. Rather than respond to four different photographs, each movement is comparable to a different filtering of the same image. In musical terms, that ‘image’ is another chorale tune.

The particular dark colouring of the music is achieved using another particular extended technique: asking the flautist to play the instrument using a trumpet embouchure. The composer compares the specific sound that results (he learned to produce it himself on a self-bought flute) to the ‘wounded animal’ aesthetic found in the last of his Three Idylls. ‘I thought there was something about this sound that corresponded to Woodman’s photographs’, he says.

A nocturnal darkness lingers behind the delicate polyphony of these pieces, induced by tuned down strings as much as by that moaning flute whose pitches will vary depending on the performer. For the first three movements, strings play only on their re-tuned fourth string. The chorale melody (and sometimes harmony) is occasionally traceable through the gloom. Otherwise, form, material and meaning emerge only as phantoms images, enshrouded in dereliction and mystery.

With support from Augustinus Fonden and Koda Kultur