The microphones are right up against the instruments in Simon Steen-Andersen’s five pieces on this CD, so that all the small sounds and noises one normally tries to suppress take on a central role in the music. In recent years the young Danish composer has made his name internationally with totally surprising ways of thinking and a great talent for transforming these ideas into original music that is both different and innovative, but at the same time poetic and overwhelming 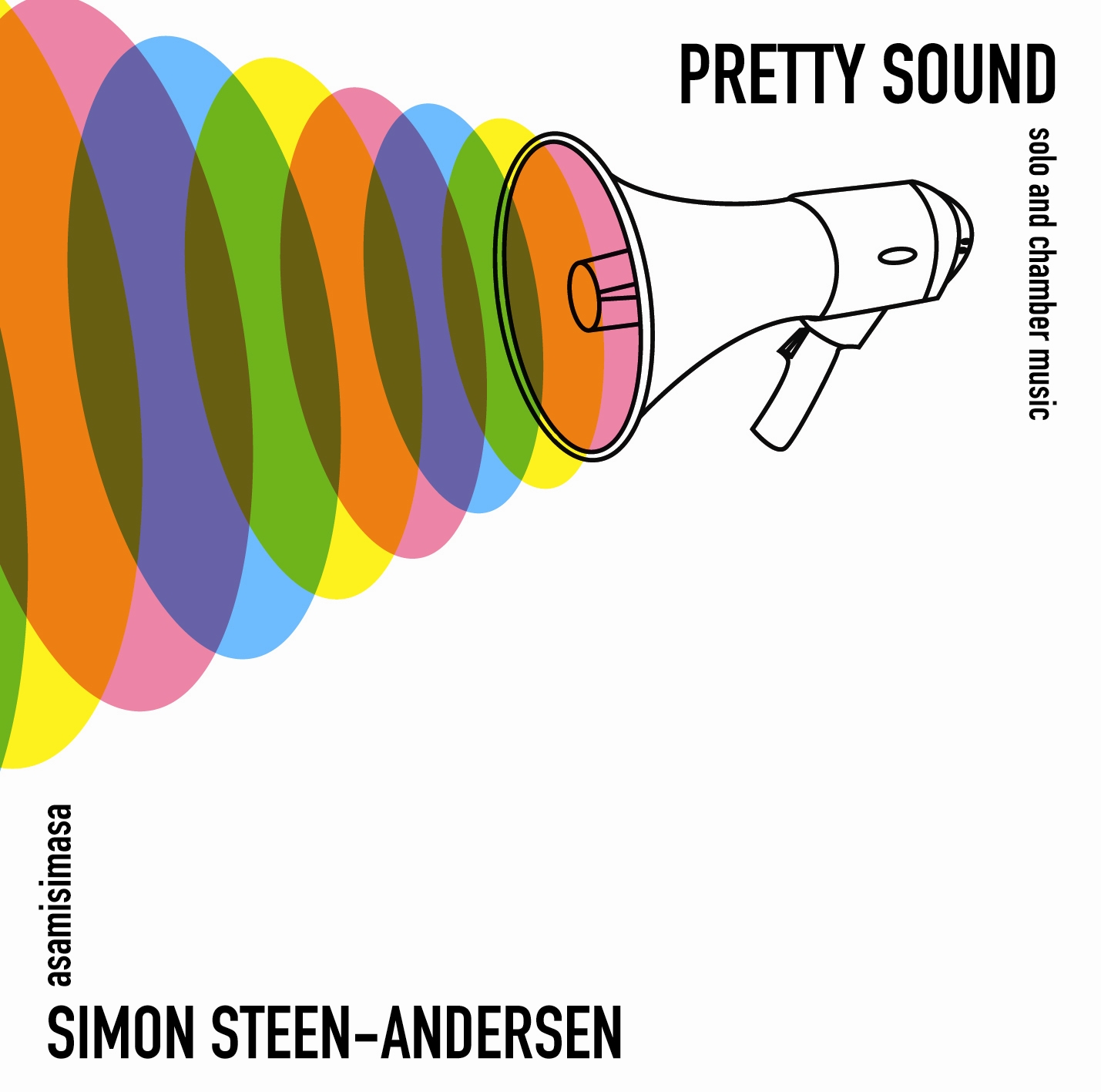 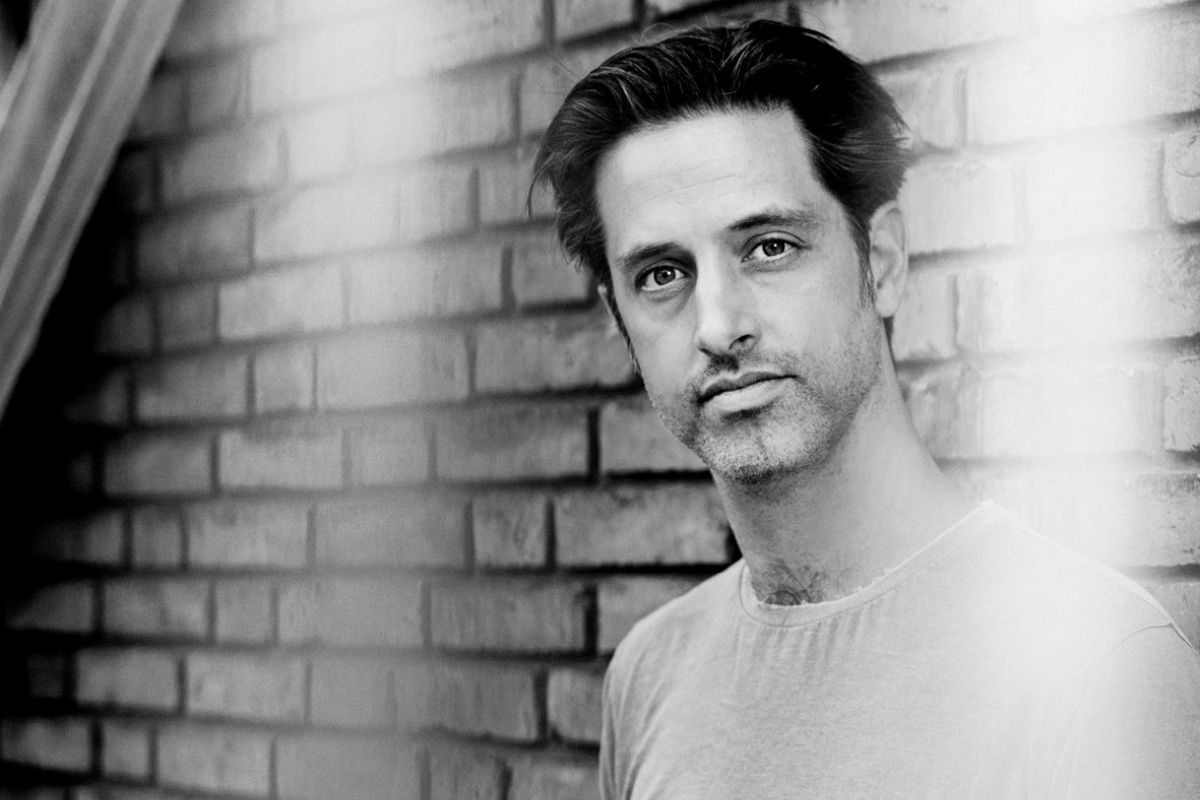 Simon Steen-Andersen's music is surprising. In recent years, as a young, academy-trained composer (‘76 generation) he has established himself internationally by challenging normal musical ways of thinking - and has won several major prizes with his different and immediate music. On the CD quite a few of the surprising ideas come into play in the five works for up to six musicians. Several of the pieces show how new worlds of sonority arise from traditional instruments or voices when the microphones are placed close up against what they are to record, so you can hear not only the notes the musicians traditionally want to draw from the instruments, but also the interplay of the small, subtle secondary sounds that also always lie hidden in the background.

Several of the pieces also demonstrate Simon Steen-Andersen's meticulous investigations of electronic devices - megaphones and a guitar pedal - which, by means of all sorts of challenges, he turns into independent instruments with character and personality; exactly like the acoustic instruments composers have grappled with for centuries.

Motion and the visual are a third important theme in Simon Steen-Andersen's music. Several of the pieces have a performance-art aspect; true, you can't hear this on the CD, but this should only prompt you to get out into the performance context and experience the composer's music live. For although you can sense the composer's idea in the music, the pieces are also always composed as real music\ - not random sound art - with tight progressions, balanced entries and lots of delicate poetry.

The title of the first and longest work on the CD, On And Off And To And Fro from 2008, encapsulates the music very well. The first part, ‘On and off' can be understood logically as the operation of the piece's three megaphones, while the second part, ‘to and fro', refers to the motions which are at first only necessary to produce certain sounds, but which in the course of the piece become an independent theme - a sideways motion that is propagated through the ensemble.

It begins as a trio - a saxophonist, a cellist and a vibraphonist make small, focused, overlapping entries in a tight rhythmic, partly repetitive progression, passively amplified by the three megaphones, with a slightly distorted transistor radio sound as a result. But you can hear intense breathing alongside the notes of the instruments, and slowly the megaphones begin to react - to intervene in what they are amplifying, with noise and feedback sounds - and themselves become instruments. And before you know it the megaphones are playing through a pure siren cadenza while the acoustic instruments, which were actually the centre of attention, have temporarily disappeared.

Many people will probably be amazed at how much music comes out of the three megaphones, in principle only created to speak through, to howl like a siren or honk like a foghorn: small runs with one, two or three voices in pure siren song, while for example the cello must be content to take over the function of creating deep and heavy breathing sounds. Although there are great limitations in the rigorous concept, On And Off And To And Fro is very quickly transformed from megaphones and instruments separately into delicate music with fragile, clear sounds.

The oldest work on the CD is Rerendered from 2003, to be performed by a pianist and two assistants. The piece, with its quite peculiar sound-world, is created inside a grand piano with microphones extremely close; a feature very typical of Simon Steen-Andersen as a composer. The range of sounds has to span two things: the quite ordinary notes from the black and white keys and all the noises you can produce by playing inside the piano or by preparing the strings. Not, that is, as different layers or as notes with noise effects, but as two integrated materials in balance: a kind of super-instrument, if you like. The powerful amplification has the effect of a microscope on the faint noises, and this produces an intense but delicate situation where the pianist must constantly hold back and struggle to keep the dynamics down. In this way Rerendered unfolds as a whole array of sounds and sound-impressions that move from timbre to timbre integrated with an otherwise very intense piano part.

Two other aspects of Rerendered are important, but are primarily experienced with the eyes, ‘live'. One is that a series of sounds in the last part are so-called ‘anti-actions' or ‘anti-sounds'; this means, for example, sounds that come from lifting the fingers from the instrument in contrast to striking it with them. A kind of attempt to ‘get behind' the instrument. The other distinctive thing is that the piece is an attempt to write a kind of social or collective music where the individual sounds only ‘become something' because several musicians are working together to create them. In fact it is an attempt to take chamber music a step further: from a situation where musicians play alongside one another ‘in a chamber' to one where they play together. Literally.

In Her Frown for two musicians from 2007 continues with the use of close microphones. Most of all, the piece consists of a whole multitude of voice and mouth sounds, some of which can be perceived as words. But we do not know precisely which. Paradoxically, the words seem to be a declamation of the two entries ‘communicate' and ‘perceive' from the Internet dictionary dictionary.com. In other words it is about saying something clearly and understanding it correspondingly; but it is said in a way that makes these very things impossible; for example with a closed mouth or while a football horn brutally drowns it out.

The two musicians also handle paper along the way. For example they blow on a piece of paper with holes so that it becomes a kind of air-version of the ribbed percussion instrument the guiro - or they tear it across or write on it. Again the point - about resistance and communication - is narrated musically with microphones really close to the sound sources, so that voices and paper sounds together create an intimate and all-embracing world with lots of new timbral details. And precisely because it is human voices that are being recorded, the music becomes an extremely strong presence, because you get physically very close to the musicians - in fact right into their mouths!. The quirky and surprising poetic text is:

To convey information about;

communicated her views to the office.

her disapproval communicated itself in her frown.

To become aware of,

or identify by the means of the senses:

I perceived an object looming through the mist.

I perceive a note of sarcasm in your voice.

This is a very nice idea but I perceive difficulties putting it into practice.

The solo piano work Pretty Sound (Up & Down) also uses microphones to zoom in on the slightest sound an instrument emits. The piece is from 2009 and although the title is ambiguous, it is very precise. The first two words might equally mean that it makes a pretty sound, or that it is a ‘pretty sound' piece, and the last two words cover exactly what happens. The piece is formed as a musician's aerobic-like treatment of a grand piano equipped with a board that can be laid down and lifted so that it strikes all the instrument's 88 keys at once, with sticky masking tape on the handles. The result is very brutal and artless, but at the same time incredibly nuanced in its sonorities with a wealth of sounds from a grand piano's sound-box that you normally don't hear - for example the friction from the minimal up-and-down motion of the 88 keys. ‘like the piano's breathlessness after the powerful explosion of the start'.

The little piece takes the form of an exploration of the various movements the musician can make with the board and the reversed sticky tape. But although the full strike on the keys is potentially the most powerful sound you can make on a piano, Simon Steen-Andersen manipulates the sound volumes. So when the musician plays more and more faintly with more and more subtleties of sonority as a result, the volume is adjusted so that everything is heard at almost the same volume. In this way an independent universe arises which also comes to include a wealth of ‘anti-sounds' that emerge when the percussionist lifts his hands from the handles or the instrument, but ‘gets stuck' because of the reversed tape. Something Simon Steen-Andersen refers to as a way of \\giving the motions a sound\\.

The last and most dogmatic piece on the CD, Study for String Instrument #2 from 2009, also immerses itself in a single idea and explores, as with the megaphones in On And Off And To And Fro, an apparently straightforward and in principle rather unmusical electronic device. The ‘Whammy' guitar pedal (from Digitech) is a kind of overdimensioned vibrato arm that can ‘bend' a note as much as two octaves up or down, but which is also rather imperfect considered as a mechanism. It both distorts the notes as it bends them, and when it is -challenged with noise and impulses it surprisingly produces melodies that are anything but logical and mechanical.

Study for String Instrument #2 takes a very simple course, although it can be difficult to understand from the intense soundscape that it is only played by an electric guitar, a cello and an effect pedal. In the first part the notes slide up and down in a little play where the various possibilities in a simple system are exhausted. After this the Whammy pedal is assaulted by constantly changing noises from the two instruments, before the pedal itself is allowed to conclude the piece by playing its own singable melody - molto cantabile ...

On And Off And To And Fro
Recorded in October 2009 in Kampen Church, Oslo
Sound engineer: Audun Strype; Editing: Therese Birkelund Ulvo
Co-producer: Lars-Erik ter Jung

In Her Frown and Study for String Instrument #2
Recorded in November 2010 at Desibel studios, Oslo; Sound engineer and editing: Thomas Hukkelberg