Niels Rosing-Schow has a musical language that is completely his own, and in the three concerts and two ensemble works on this release he shows new material with a calligraphic, aerated clarity and sense of functionalism in which no note, timbre or colour is wasted. 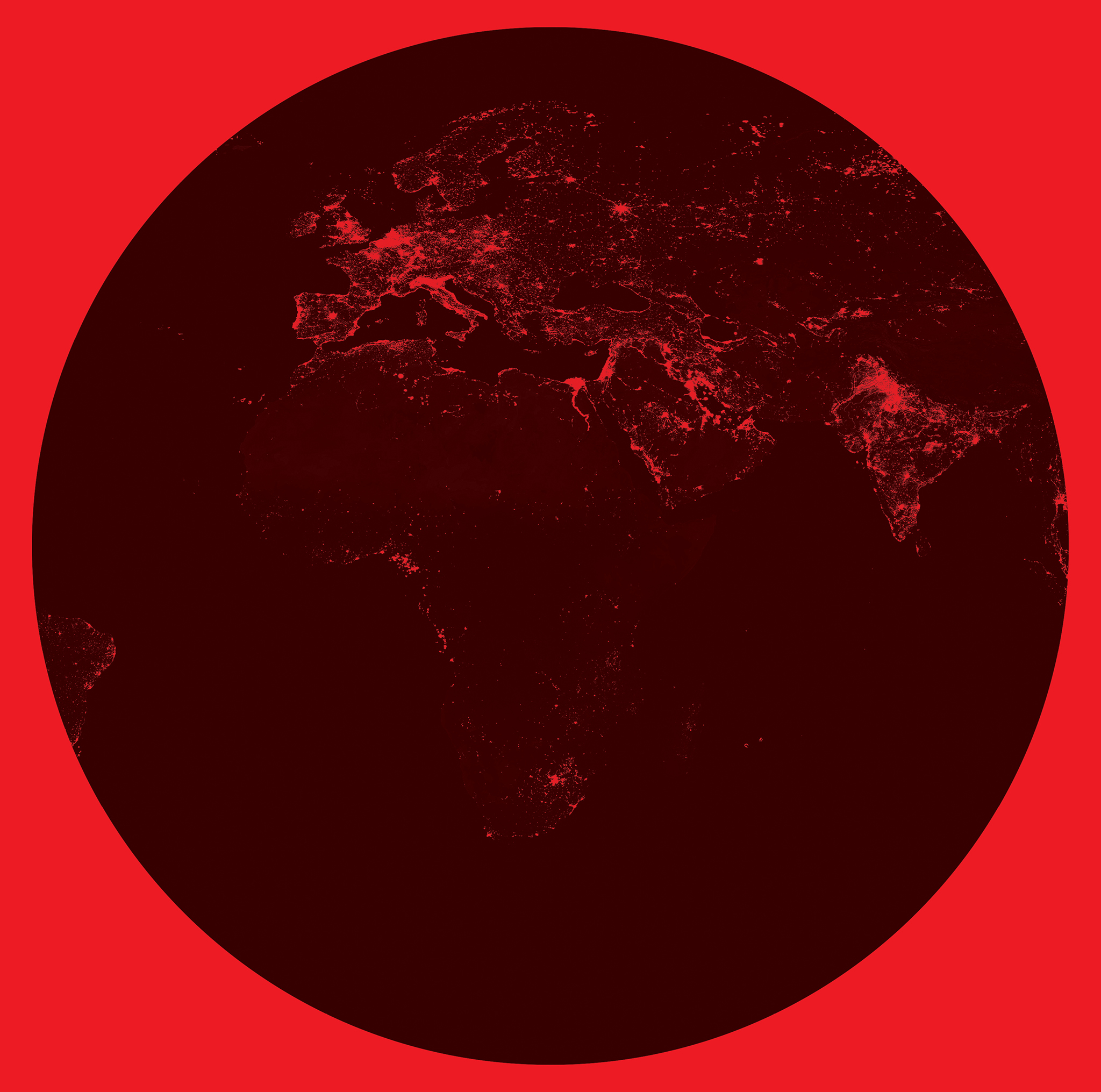 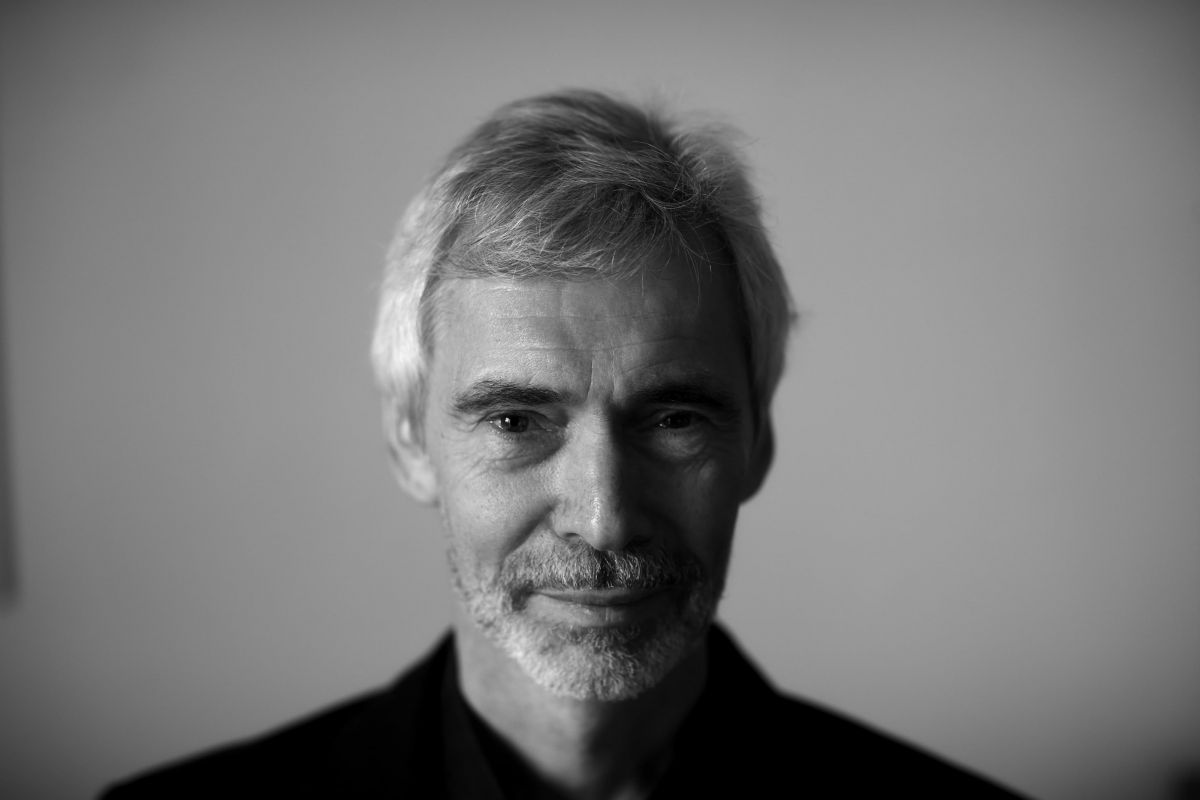 Niels Rosing-Schow © Lars Skaaning
Beauty and clarity remain the hallmarks of Rosing-Schows music
Carme Miró, Sonograma Magazine
A distinctive, stylish and innovative, Nordic originality that is fascinating, impressive. In a way, Rosing-Schow balances the music in passages between classical music and jazz
Ivan Rod, Ivan Rod
With A Talk of Our Time, Niels Rosing-Schow gives us an insight in the reflections he had during the pandemic
Niclas Nørby Hundahl, SEISMOGRAF
The opening of Distant Calls blossoms as the score takes on an incandescent beauty leaning towards the seductive twists and turns of music from the Eastern World
David Denton, David's Review Corner
Niels Rosing-Schow has a musical elegance, and his music shows that
Evanthore Vestergaard, Kulturen.nu
Rosing-Schow is indeed "a composer of our time" and it is important to listen to him
Evanthore Vestergaard, Kulturen.nu
Total runtime:
72 min.

When Niels Rosing-Schow was growing up, Danish music was adapting to the New Simplicity of Henning Christiansen, Ole Buck and Pelle Gudmundsen-Holmgreen. European ears were growing familiar with the slow, crystalline musical metamorphoses of György Ligeti. From the Paris of Gérard Grisey, Tristan Murail and Iannis Xenakis came the suggestion that sound and harmony might just be the same thing.

As a composer, Rosing-Schow was formed by all of the above, even if France handed him his most significant philosophical and aesthetic revelation. On a scholarship in Paris following studies at home in Copenhagen, he worked at Xenakis’s Ateliers UPIC and became interested in musical spectralism propagated by Grisey and Murail. After talking with Xenakis, Rosing-Schow woke to the expressive potential of his own inbuilt reluctance to separate harmony and sonority. He concluded that those things are, in fact, one and the same.

Thus Rosing-Schow started to develop a spectral style in which instrumental timbre and colour would carry as much structural import as theme and harmony. As those ideas infiltrated his music, that music began to take on its characteristic form and develop the hallmarks with which, for all its divergence and contrast, it can be identified today.

Resulting from his strict, exploitative view of his own material, many of Rosing-Schow’s scores appear to trace a process of unfolding, like blossoming flowers – a process that can expand into full-blown metamorphosis. Many of them combine a calligraphic, aerated clarity with a sense of functionalism that sees no note, timbre or colour wasted. His early interest in improvisation gives his ensemble works in particular a specific sense of interdependent, conversational reactivity.

We can add to this a certain fascination with time, perhaps inherited from Grisey. What was first heard in the 1981 work E Rigidis – which contrasts the mechanical with the fluid – has echoed through countless works from Rosing-Schow since, including those heard here. Time and memory, as much as sound and sensuality, are the composer’s building blocks.

Distant Calls (Songs & Moves)
Tristan Murail, a central figure in the Parisian spectralist movement, finished his own piece L’esprit des dunes in 1994. The score, for 11 instruments and electronics, was inspired in part by the expanse of the Gobi Desert and was the first work in which the composer referenced music from another culture (here, in the form of an allusion to traditional music from Tibet).

Rosing-Schow’s work for seven-strong ensemble,Distant Calls (Songs & Moves), salutes L’esprit des dunes. It borrows Murail’s opening gesture, whose distinctive shape and modality ‘becomes the set off for an imagery of scales and calls from non-existing, remote places,’ in the Danish composer’s words. This material is then ‘dragged through passages of heterophony and fields of various rhythmic ostinati.’

Texture and colour are woven tight in the piece, which twists from one form of coalescence to another in high definition. The guitar is possessed of a singular ability to call the conversation to order, which duly slips into a groove after the first of the guitar’s throw-downs. The music eventually moves from the ethereal to the more guttural and raw, before being carried into the distance of silence.

The instrumental lineup of Distant Calls was inspired by Paul Simon’s Can’t Run But, which bears ‘the imprint of Simon’s fascinating mixture of traditions from various parts of the globe,’ according to Rosing-Schow. The composer pays indirect tribute to Simon ‘by stealing this particular sonority and quoting a few notes of a bridge passage.’

Episodes From a Concerto
In 2004, Jeanette Balland gave the first performance of Rosing-Schow’s Saxophone Concerto with the Danish National Symphony Orchestra. In 2020, the year in which many of us had the dimensions of our lives altered entirely, the composer completed a ‘re-composition’ of the concerto for the more intimate forces of saxophones and small orchestra.

The new piece uses episodes from the full concerto that are particularly suited to the more lithe ensemble, while the new scoring inevitably heightens the sense of agency invested in the solo instrument(s). The slimmed down version also throws sharper focus onto the score’s various interlocking patterns, particularly its contrasting of metered time with free fluidity.

The first movement, ‘Pace’, establishes ideals of energy and steady progress as the soloist traverses the wide register of a baritone saxophone. Progress is not always a given, and the kinetic sparring of soloist and ensemble eventually leads to rupture, the music dissolving into percussive glistening and latent throbbing. In the composer’s words, ‘everything is turned off’.

The energies of the second movement, ‘Flux’, drift untethered. The ensemble projects constellations of sound and colour like shifting, darkening clouds. Against this the soloist blows bluesy, microtonal glissandi, lyrical exhortations and rigid patterns – now on an alto saxophone.

The third movement, ‘Interlock’, is described by the composer as a rhythmic double rondo in which ‘two machine-like repetitive rhythmic patterns intertwine like gears’. Around half way in, the strict rhythms slacken into slow motion and a period of soft lyricism. When the strict rhythms return, it’s with a vengeance that eventually fizzles out into an aerated and fully unlocked coda, the soloist back on baritone saxophone.

Again, a broader theme is time – the regimented ticking-tocking of ‘ordered’ time against the organic, imperfect rhythms of speech and idiosyncratic expression. The score includes excerpts from a speech given by the activist Greta Thunberg in Copenhagen in 2019, and parts of the music are based on a rhythmic transcription of her words (the words appear in the score at relevant moments, but are not performed). Rosing-Schow writes of the work’s ‘reflection on speech and time, time as “our time”, and our (personal) time’ – all as expressed in Thunberg’s words.

A wood block keeps steady time from the work’s opening, against an array of plangent wind chords, the adventurous wandering of the pianist’s right hand and commentary from strings and additional percussion. Typically of the composer, one timbre dictates another and leads the music to twists into new states of being through directional exploration. Time seems controlling and inevitable one moment, elusive and debatable the next. After the first movement seems to free itself from time and angst altogether, the second instigates a gradual process of slipping back into time – brought down by the ensemble’s weight until the wood block’s steady ticking returns.

FlashNight
FlashNight for bass flute with electronics and ensemble is a fruit of Rosing-Schow’s longstanding collaboration with the flautist Hélène Navasse, and is dedicated to her. Once again, the composer’s elevation of colour and timbre to the point of musical autonomy leads him to ask for extended playing techniques. Several of this score’s instructions to the soloist are based on techniques developed by soloist and composer in collaboration.

However, it was the fundamental sound of the bass flute that drew the composer to write a concertante work for the instrument. It has, he says, ‘a sombre, nocturnal sound quality by nature’ but adds that ‘the high register throws a specific piercing-bleak light into the music.’ In FlashNight, the instrument sometimes keeps its cards close to its chest. At others, it makes its presence felt as a rhythmic instrument more than a vessel for Arcadian pastoral. Elsewhere, it really does call the tune.

After some minutes of consolidating ensemble activity and static electronic energy, the solo instrument establishes itself as the work’s musical pivot. It subsequently leads the way through an apparently nocturnal landscape of varying densities, colour-states and rhythmic inter-dependencies, each subject to their own process of metamorphosis. After the solo flute picks out a melody, hauling colleagues behind it in parallel harmonies, something like a new dawn arrives in a rush of burnished electronic sound.

Unspoken – unheard
The experience of 2020, a world locked down by a pandemic while rising up in protest against societal injustice, affected Rosing-Schow deeply. Time and memory told him he was reliving events from the past, as history appeared to repeat itself. But the composer also felt the sense of solidarity that comes with shared witness. His instantaneous creative reaction was Unspoken – unheard for sinfonietta, written during the spring and summer months of 2020 and ‘dedicated to the Black Lives Matter movement.’

In the piece, we hear a world in flux, disrupted by interruption and argument, eventually shocked into a new state by a single shot (the explosion of a paper bag). What emerges is a reflection on general unease and slow revelation whose sounds include broken glass, a water gong and plenteous manipulated/extended instruments. Excerpts from speeches by Martin Luther King, Malcolm X, Jamie Fox and Mehreen Faruqi are present but muffled to the point that they are almost entirely unheard – our failure to heed the lessons of history. All that’s left is a throbbing pain. Or, perhaps, the echo of time.