Musica Ficta, Bo Holten
World Premier Recording of a major work by Denmark's first great international composer: that is what the vocal group Musica Ficta has recorded under the leadership of Bo Holten. The composer is Mogens Pedersøn, and the work is his First Book of Madrigals from 1608, written during a stay in Venice, where he studied with the maestro Giovanni Gabrieli. Pedersøn – also called by the Latin name Magnus Petreus – had been sent to Venice by King Christian IV, and his First Book of Madrigals was the proof of his greatness.

Mogens Pedersøn lived from 1585 until 1623. He rose to become the vicekapelmester or deputy royal conductor of the art-loving and music-loving King Christian IV, who ensured that he and other talented young composers were sent to Gabrieli in Venice. This was where the genres motet and madrigal flourished, and Pedersøn was fortunate enough to be granted several stays in the inspiring environment where the best composers in Europe met and exchanged ideas.

In 1608, as the crowning achievement of his training with Gabrieli, Pedersøn published his First Book of Madrigals with 21 songs of love – both requited and unrequited – in sensual poems. And what an exam result! The choral pieces are saturated with images and impressions of all that love. They are moving, intense and sensitive, and even in his youth Mogens Pedersøn was a master of the motion of voices and the use of dissonances that are resolved into the most beautiful concords. A true jewel of Danish music now becomes sounding reality performed by a specialist ensemble in the field.
Buy album Stream
Download 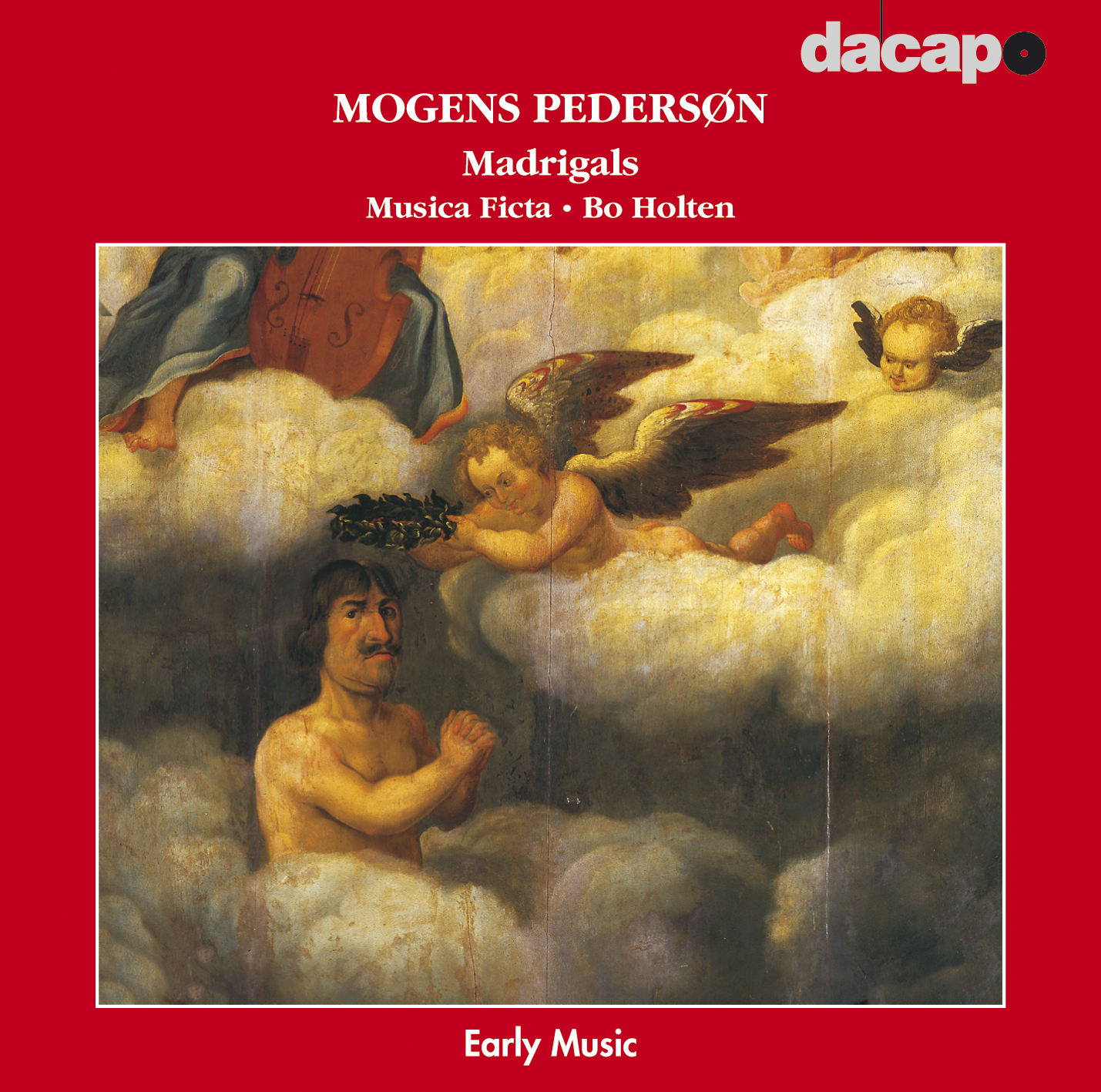 Cover picture: Detail from “The Dream of Christian IV before the battle of Listerdyb” (ca. 1645), Rosenborg Castle, Copenhagen.