This mini series of Carl Nielsen's chamber music had a very successful start and now the young chamber ensemble has reached Nielsen's works for violin and piano – and two for solo violin. These works have never achieved the same popularity as Nielsen's famous Wind Quintet, but they do in fact offer us a beautiful, precise and very wide-ranging picture of Denmark's national composer.
Buy album 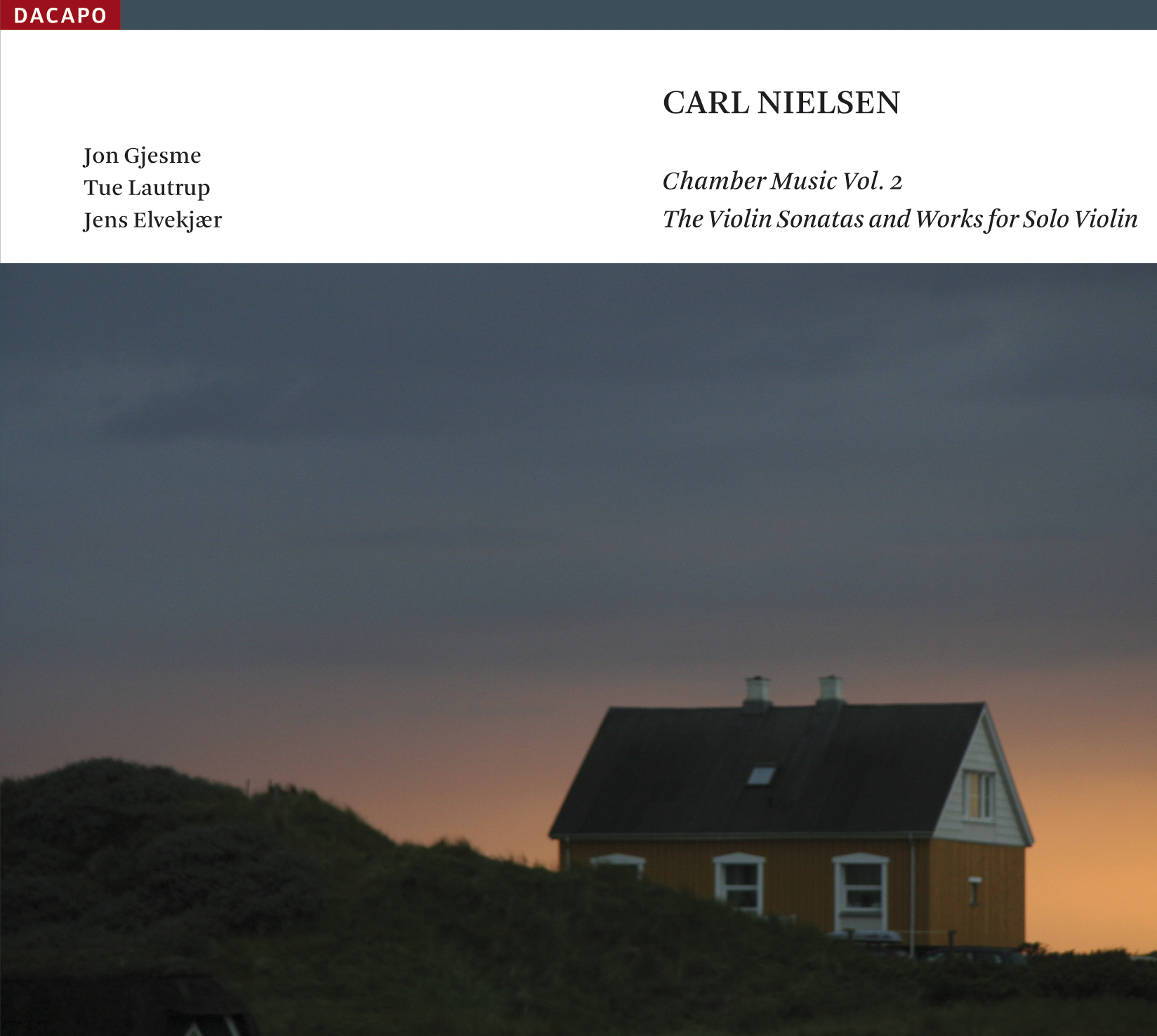 Miss Johanne Stockmarr and Mr. Anton Svendsen, who had undertaken the difficult and hardly rewarding task of introducing the new oddity, applied all the persuasiveness of their excellent art to obtain a good reception for their protegé. But despite beautiful and charming episodes, it refused to leave any pleasing overall impression\\ (Ludvig Schytte in Berlingske Tidende). \\It would be a great shame if Mr. Carl Nielsen were to waste his talent on such futile experimentation\\ (Charles Kjerulf in Politiken). \\This argument between the violin and the piano more or less had the effect of two contending parties who had flown at each other and without further ado given each other a drubbing, as happens on such occasions, each animatedly shouting the other down with his arguments without caring the least about his opponent's\\ (Angul Hammerich in both Dagbladet and Nationaltidende).

\\We lack the ingenuity to give a detailed analysis of Carl Nielsen's new sonata after a single hearing - for that, the sonata presented too many surprises in both form and content. The overall impression was of a beautiful, unbroken line - a flow of notes - where in particular a wonderful second subject in the first part and the pure, high sphere of the last part were captivating.\\

The other critics had more reservations: \\One gained no truly reliable impression of this work; the subjects were far too short and difficult to get a grip on - throughout there was too much musical philosophy...\\ (S.M. in Berlingske Tidende). \\There was something unbalanced about it as a whole...\\ (‘Vicar' in Politiken).

\\Carl Nielsen had called him so they could play the second sonata for me. As I was unaware that Carl Nielsen himself would play the sonata, I had taken my violin with me. So I heard a highly individual, very unconventional and extremely interesting work.\\

\\So - thought Carl Nielsen - if you think it's too easy, you'll get what you want. And then he composed a variation in sixty-fourth notes, a ‘Presto' as confoundedly difficult as the worst Paganini caprice. I was well and truly punished, since it was not finished before we left for London. We lived in a hotel on Russell Square, a quiet place where I was the only person to break the silence with my perpetual practicing. Carl Nielsen sat in his room and sweated with inspiration to get the diabolical variation finished... The piece was an amazing success with the audience. I was called out a whole six times, something quite unheard-of in the conservative English musical world after a modern, highly personal solo violin piece. At the last call the composer had to take a bow too, and I think he was happy...\\

\\This is a work of some dimensions for unaccompanied violin, which bears the inevitable comparison with the Bach Chaconne very creditably. The Introduction contains passages of real beauty, while the Variations exploit most of the resources of the violin. M. Telmanyi's brilliant playing commended it to the audience and held their attention throughout its considerable length.\\

\\Technically speaking, of a boldness that cocks a snook at many an artful, rash modernist's most forbidding fabrication. It is never either forced or against the nature of music. For Carl Nielsen knows no deceit; the well of wholesomeness on which his nature draws is never muddied by impure elements. What Reger never achieved with his tonal mathematics traced over Classicism, Carl Nielsen achieved: he arrayed classical art in the true garments of modernism. In that sense he became in his latest work the Bach redivivus of the solo violin sonata.\\

„This is a work of some dimensions for unaccompanied violin, which bears the inevitable comparison with the Bach Chaconne very creditably. The Introduction contains passages of real beauty, while the Variations exploit most of the resources of the violin. M. Telmányi's brilliant playing commended it to the audience and held their attention throughout its considerable length.\\

Recorded in the Queen's Hall, the Black Diamond, the Royal Library in November 2006 and March 2007