Susanne Elmark, Susse Lillesøe, Anna Larsson, Christian Voigt, Lars Arvidson, Danish National Vocal Ensemble, Danish National Chamber Orchestra, Peter Marschik
From until his death, F.L.Ae. Kunzen was Court Conductor in Copenhagen, holding the highest musical post the Danish King could grant. After the international success of the recording of his opera Holger Danske (Ogier the Dane), other areas of his creative output are presented for the first time on this CD. Until 1850 the hymn The Hallelujah of Creation was frequently performed, especially in the German-speaking contries. Contemporary critics saw it as one of his indisputable masterpieces\.\\\
Buy album 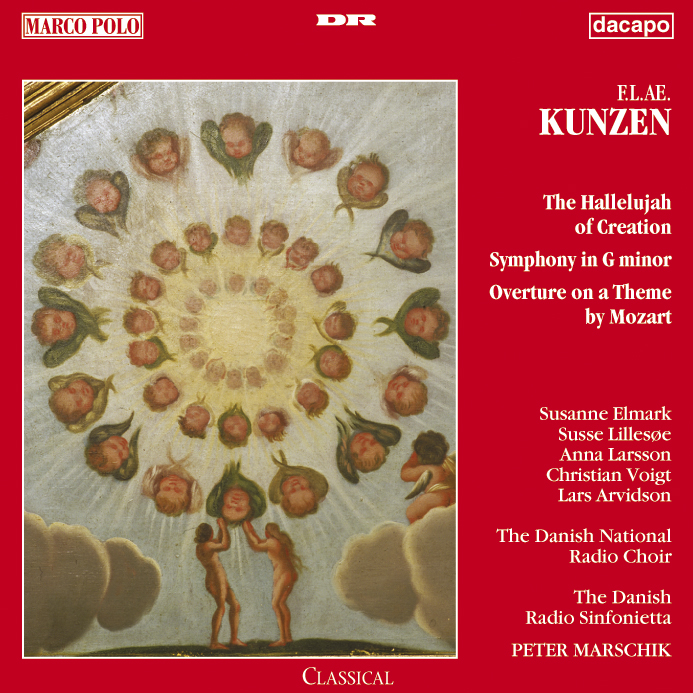 Recorded at the Danish Radio House in September 1997

Post Danmark is chief sponsor for the Danish Radio Sinfonietta