The band, SVIN, has been at the forefront of progressive Danish music for a decade, as both a lauded pioneer and a well-guarded secret. The ten movements of ELEGI build from a base of reflective melancholy to one of high energy, combining the ambient drones familiar from some of SVIN’s previous albums with junkyard percussion, ritualistic fervour, and a sure sense of Zen. It is composed music with the impulses of a tight, reactive improvisation and with a vast range of timbres and textures, acoustic and electronic. 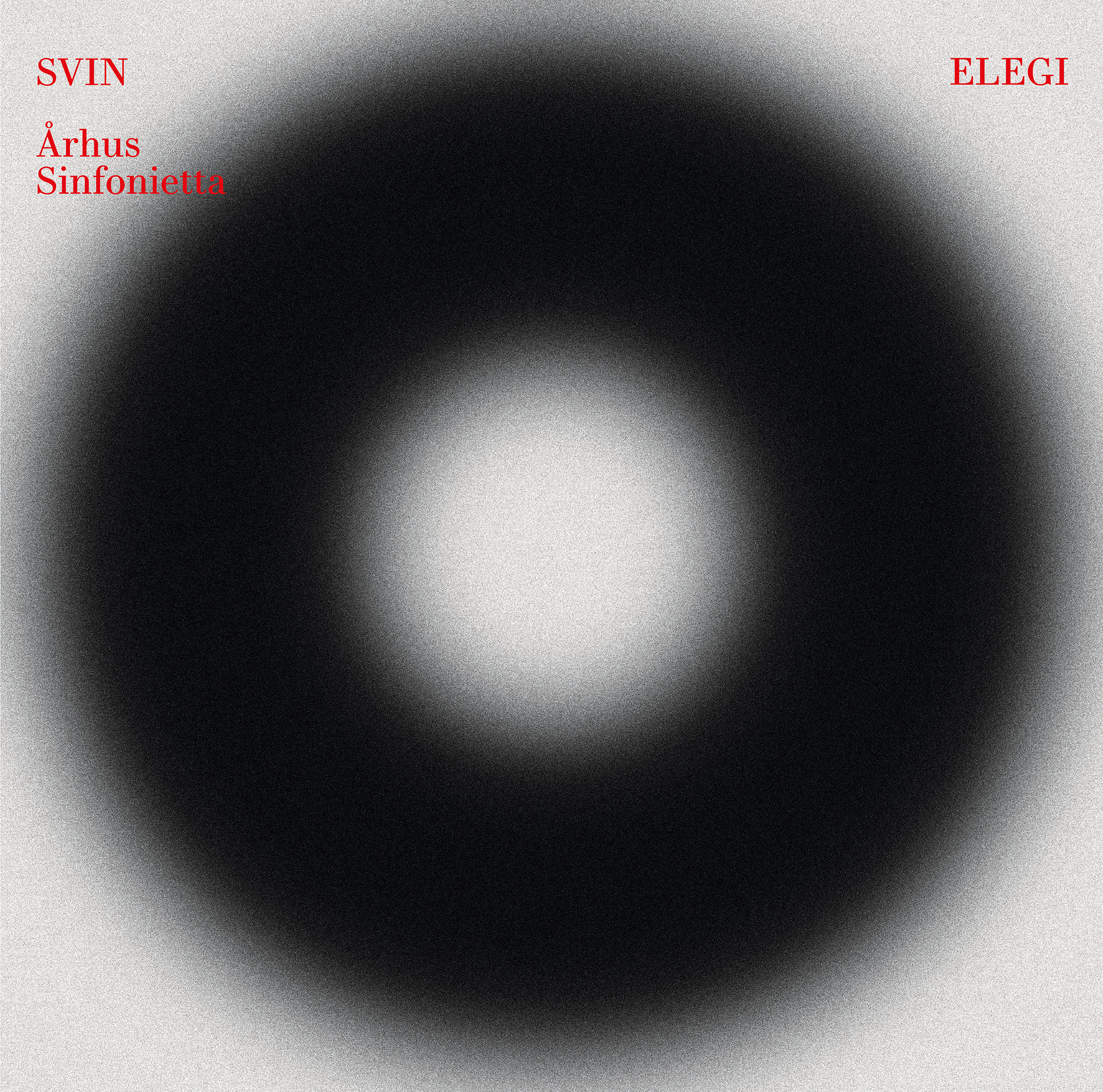 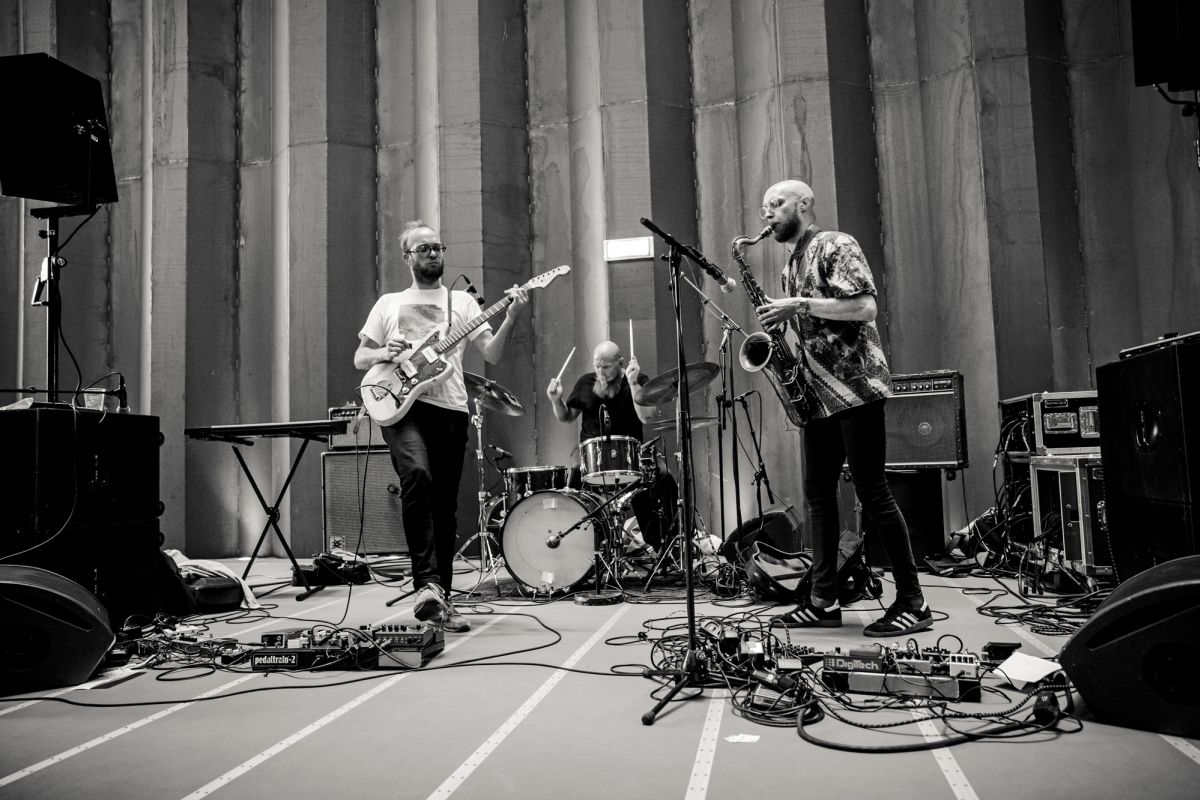 SVIN © Kristoffer Juel / Copenhagen Jazz Festival
In its best moments, ELEGI sounds like an attempt to find a language for grief beyond the clichés of melancholy
Rasmus Weirup, SEISMOGRAF
There are elements from electronic music, from the mood setting and expanding universe of film music and from street percussion. You can strongly feel that the usual foundation for the three SVIN musicians are being lifted and intensified
Niels Overgård, Jazz Nyt
From the beginning to the end, it is a powerful and moving work
Jan Granlie, Salt Peanuts*
Total runtime:
55 min.

SVIN has been at the forefront of progressive Danish music for a decade, as both a lauded pioneer and a well-guarded secret. The band describes itself as an avant-garde rock trio, but its aesthetic sprawls across the domains of contemporary classical music, free jazz, metal, noise music, world music and further.

Under the surface clamour, the trio’s respect for ceremony and folklore root its music deeply. And despite its front-foot delivery – the name SVIN (literally ‘pig’) tells you that this is a group uninterested in the polite – SVIN can make sounds whose depth and residue linger long in the mind.

Perhaps it was only a matter of time before one of Denmark’s inquisitive new music ensembles and SVIN sniffed one another out. In September 2019 the Århus Sinfonietta and SVIN came together for a one-off performance as part of the Aarhus Festuge. On a rain-soaked night inside the modernist concrete and brick structure that is Langenæs Church, they presented a ten-movement work titled ELEGI. Two months later, the two groups reunited to make this recording of the work.

ELEGI is scored in an arrangement by the composer Lasse D. Hansen for three percussionists, three string players and three wind players from the Sinfonietta plus the three members of SVIN: Henrik Pultz Melbye (saxophones, clarinet and the hulusi, a free reed wind instrument from China), Lars Bech Pilgaard (guitar, banjo) and Thomas Eiler (percussion). The full company of twelve musicians is divided into three groups of four, each consisting of one member of SVIN and three of the Sinfonietta.

The resulting octophonic setup is designed to ‘create physical and acoustic platforms that work with and against the speakers’ through which electronic sounds are produced. Among the unusual extended techniques employed are percussion instruments – and a banjo – played with hair bows.

The ten movements of ELEGI build from a base of reflective melancholy to one of high energy, combining the ambient drones familiar from some of SVIN’s previous albums with junkyard percussion, ritualistic fervour, and a sure sense of Zen. It is composed music with the impulses of a tight, reactive improvisation and with a vast range of timbres and textures, acoustic and electronic. In entwining two ensembles, it pushes each and their instruments to the edge of their sonic potential.

ELEGI appears to be rooted in the classical music traditions of both west and east, charged with primaeval instincts and with a spectral quality that cares deeply for instrumental colour and timbre. If the piece is an elegy for someone or something, that thing indeed has the power to influence long after its demise.

The first movement, also the first of three titled ‘Elegi’, is birthed by Lars Bech Pilgaard’s etched, hesitant guitar. A dialogue soon emerges between moaning strings, glistening harp and deft electronics, their steady dance, rooted on a solid harmonic foundation, forming a sort of portal through which we might enter a new state. The moaning motif spreads to other instruments in ‘Call to Worship’, in which clanging, ritualistic percussion and bells muster towards hard-driven rock rhythms and noise elements that spawn a wailing saxophone solo. The music is pushed towards eventual collapse – into silence.

In addition to its biblical suggestions, ‘Ezra’ refers to the pioneer of microtonal music Ezra Sims. In this movement, the music appears to occupy a still more primaeval space, with two animalistic voices tracing one another in parallel while ranged below and above the ensemble – microtonal allusions included. They eventually invoke the harp, which induces a steady rhythm ticking like the pulse of life, marimbas commenting from above like the sound of dripping from cave roofs. A cello annunciates the fundamental musical structure before the music dissolves into the electronic noise of the ether.

In ‘Sarangi’, the name of a short-necked string instrument from the Indian subcontinent, strings loop around floating percussion and wind incantations. Bowl-like percussion instruments help to create a state of deep listening before ‘Kami’, which layers drumrolls on top of one another into a noise crescendo that gives way to luminous shards (the title refers to the Japanese word for divinity). The second ‘Elegi’ is a simple song, winds in counterpoint with marimba.

While ‘Kami’ referred to divinity, ‘Tengoku’ references heaven but also a popular Japanese video game that necessitates the mastering of rhythmic principles. The music braids household-sounding percussion into a complex weave. There is the sense of something being formed or coaxed into being by the rhythmic conversation, and a chink of silence leads to the return of the Arabic-inflected melody as if as an echo of a memory. After a harp glissando, fragmentary wind notes drift as though at the mercy of the breeze.

The harp returns to conjure up ‘Dødsrite’ (Death Rite), joined by winds that appear to hold the instrument in an embrace before allowing it to ascend free. Death is followed by remembrance, renewal and ceremony in the form of ‘Ikebana’ (the Japanese art of flower arrangement), which opens with a siren call before the sounds of ritualistic skin percussion and intricate wind motifs, again with an Arabic touch. As a riff takes root in lower instruments, the music settles into a groove, becoming heady and psychedelic.

In the last ‘Elegi’, all seems fragmentary – distant pizzicatos are fired off from the corners while high celestial sounds circle above. The steely guitar from the work’s opening returns, finding consonant major chords but ending on an unresolved one.

Recorded at the Royal Academy of Music, Aarhus, on 10 November 2019